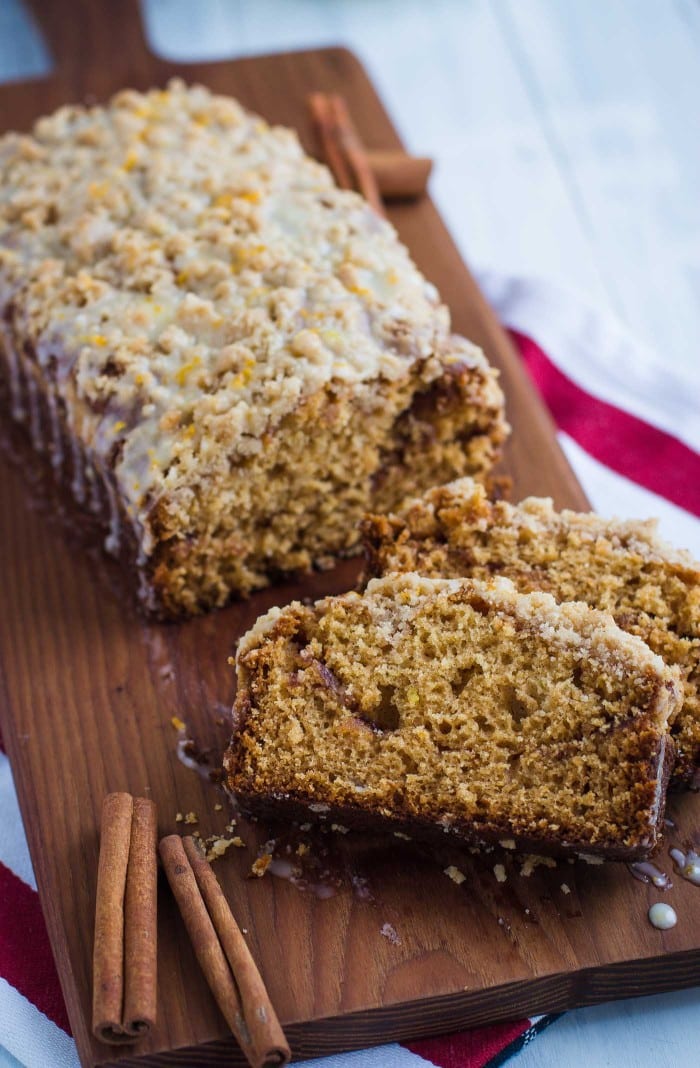 This Monday morning really has me dragging. BUT, it’s the Monday morning before Christmas week and an ELEVEN DAY break from work. So, that’s keeping my spirits high. I have a long list of fun things that I plan to do with my break and I’m very excited about it.

In the meantime, I have holiday sweets and treats to share with you every. single. day. of this week. I didn’t necessarily intend to post every day this week but then I did a bunch of holiday cooking and I can’t very well post a recipe for Christmas meringues the week after Christmas, can I? So, be prepared for lots and lots of yummy holiday posts over the next 5 days.

TODAY we’re working with Amish Friendship bread. Have you ever baked with it?? I have memories of my Aunt Tracie asking me if I wanted a starter to bake some of the bread but seeing as I was in college and didn’t go near a kitchen unless to microwave a bowl of ramen, I declined. SO, I’m very excited to have made my own starter and baked with it. 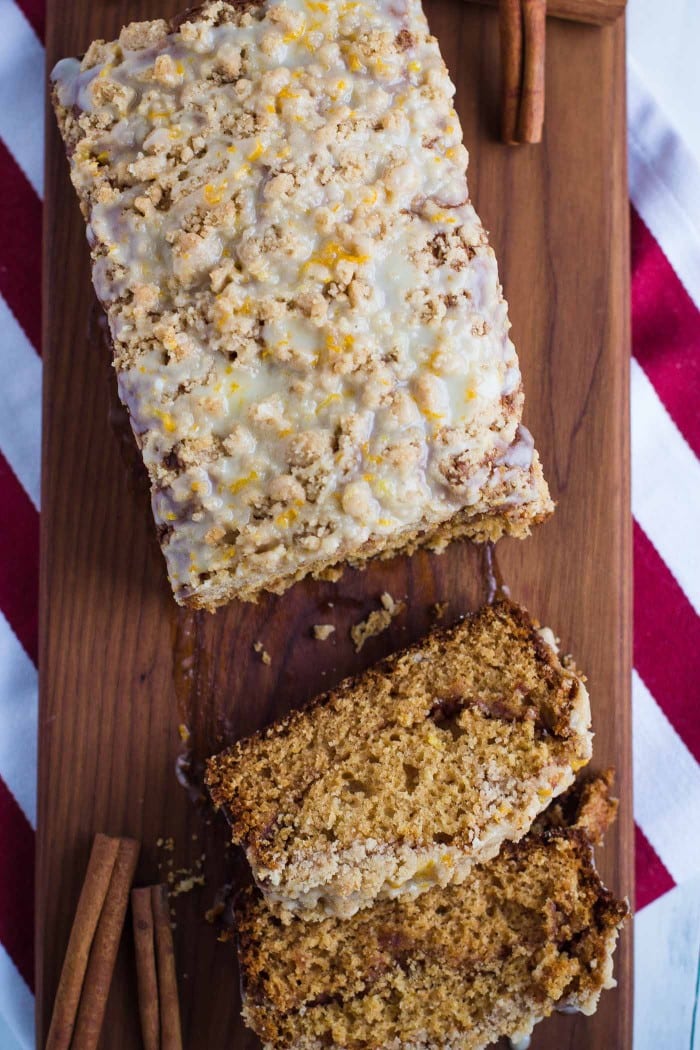 This recipe is part of a collaboration with Darien from Friendship Bread Kitchen. Darien is doing 10 Days of Amish Friendship Bread Giveaways with a new recipe for each day. I’m so super honored to be included in with this! 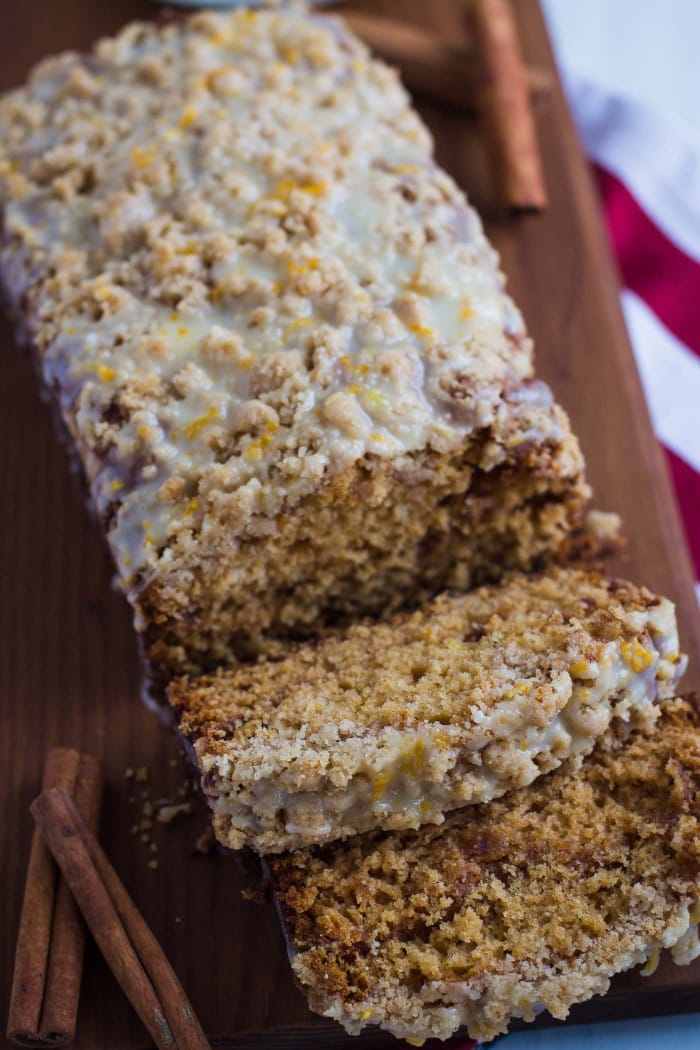 To backtrack a little, do you know what an Amish Friendship bread starter is? Darien has a great recap on her site that you can read HERE. The gist of it: the starter is a sourdough starter that is used as a substitute for baking yeast. You make your starter and “feed” it (ie add sugar and milk and flour to it) every so many days and after 10 days, you divide it up, keep some for yourself, and give the rest to friends with the idea that they’ll keep the chain going and eventually give some to their friends. You can read all about how to make your very own starter HERE.

If you’ve never visited her site, you need to do so ASAP and then make sure that you follow her in some way because she has SO many great Amish Friendship bread recipes on her site. Like, hundreds of recipes and they’re all so good looking! Who knew that you could bake so many things with the Amish Friendship Bread Starter? 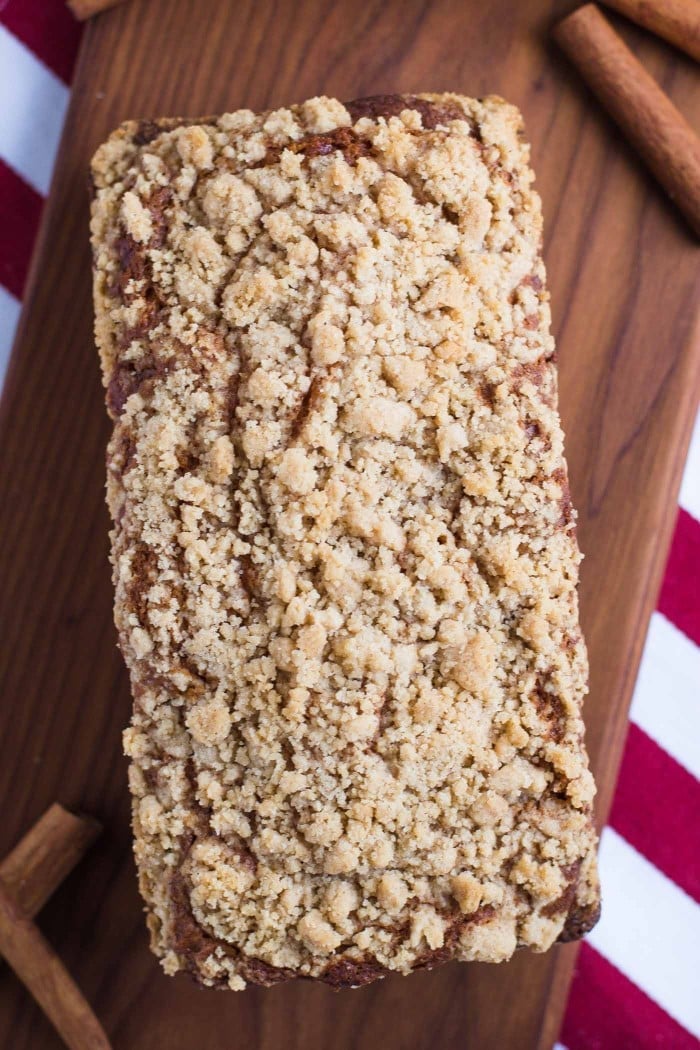 For my recipe, I just slightly adapted the main Amish Friendship Bread recipe, added a simple crumble on top, and then topped it with a yummy orange glaze. I had intended for this to be cinnamon swirl bread but I simply couldn’t get the swirl to come through so it’s just cinnamon bread. Stephen lovingly called it Cinnamon “not so swirled” bread.

One of my favorite parts about the bread itself: it comes together in ONE bowl. (I love easy recipes). 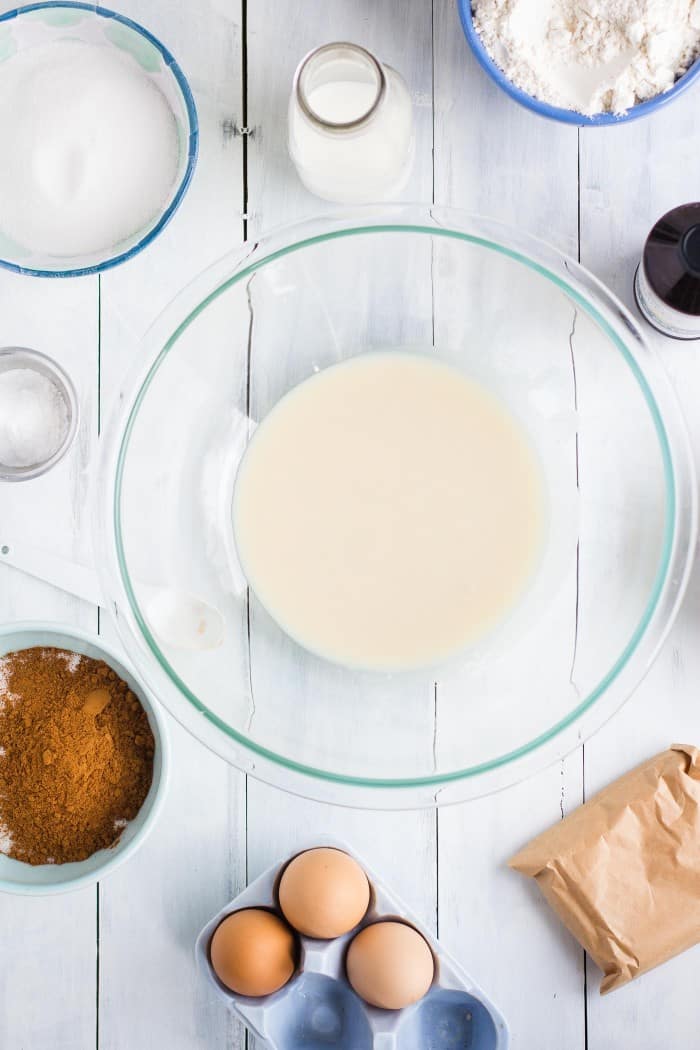 We start by mixing all of the wet ingredients in first. 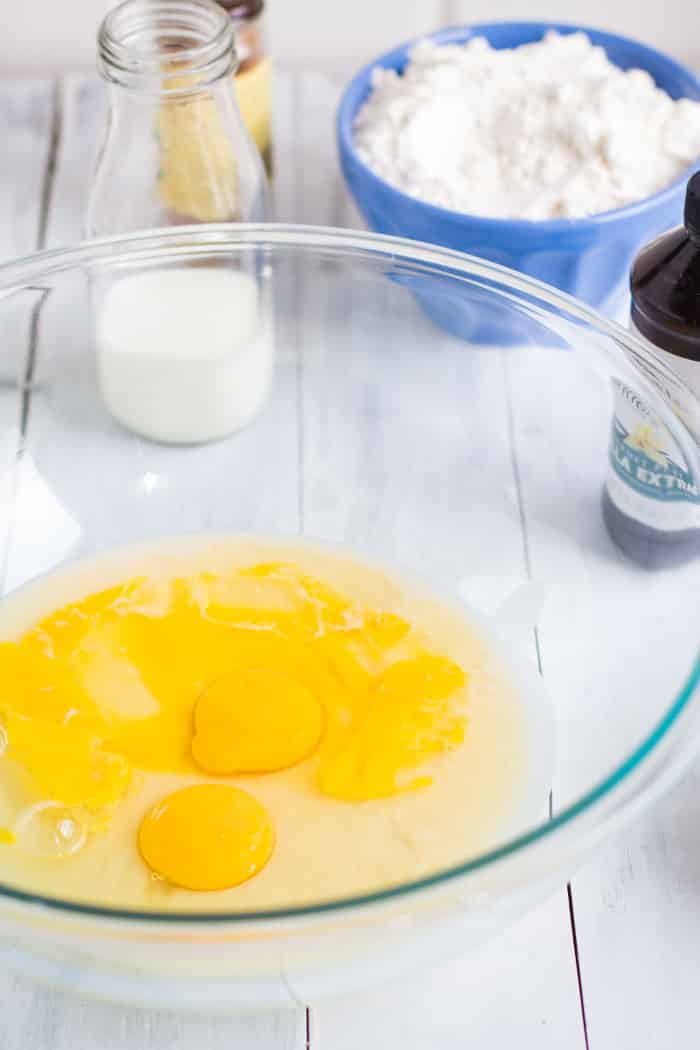 Then the dry ingredients are sifted in right over the wet ingredients. 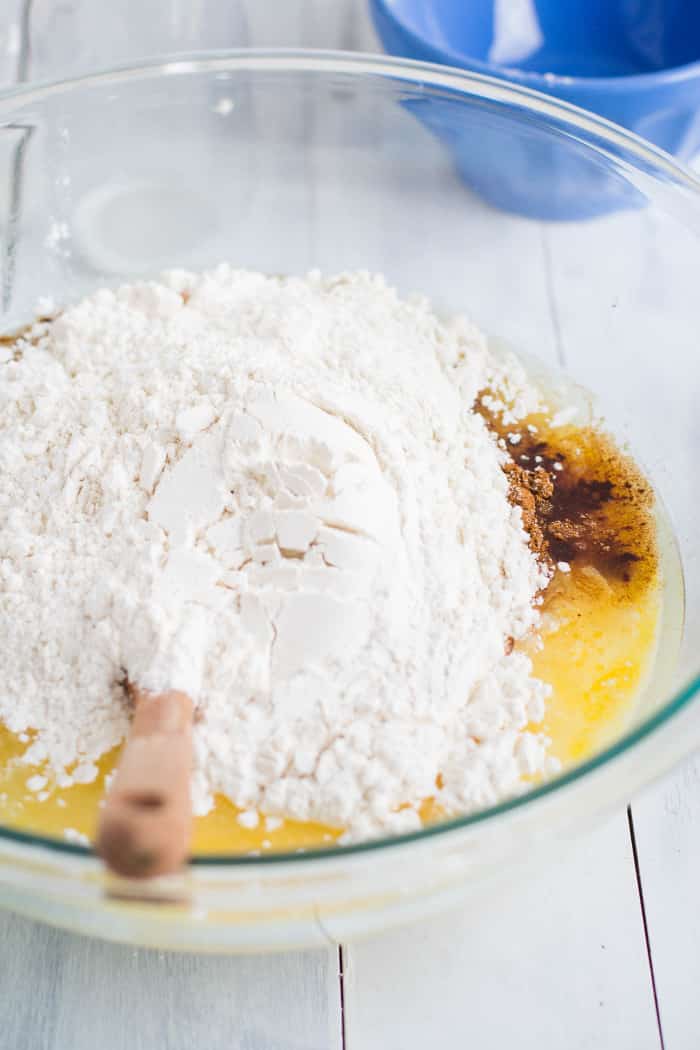 Once it’s all mixed together, that’s basically it for the bread. 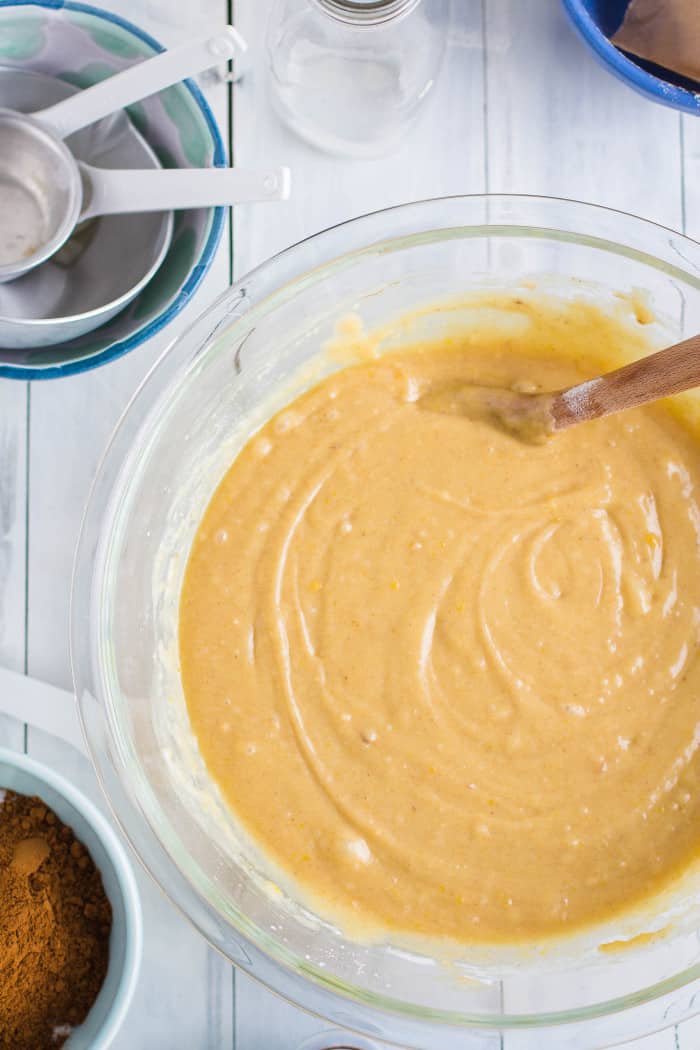 Dividing the batter up, we’ll pour 1/2 of it between 2 bread loaf pans and then top with about half of our cinnamon sugar mixture. 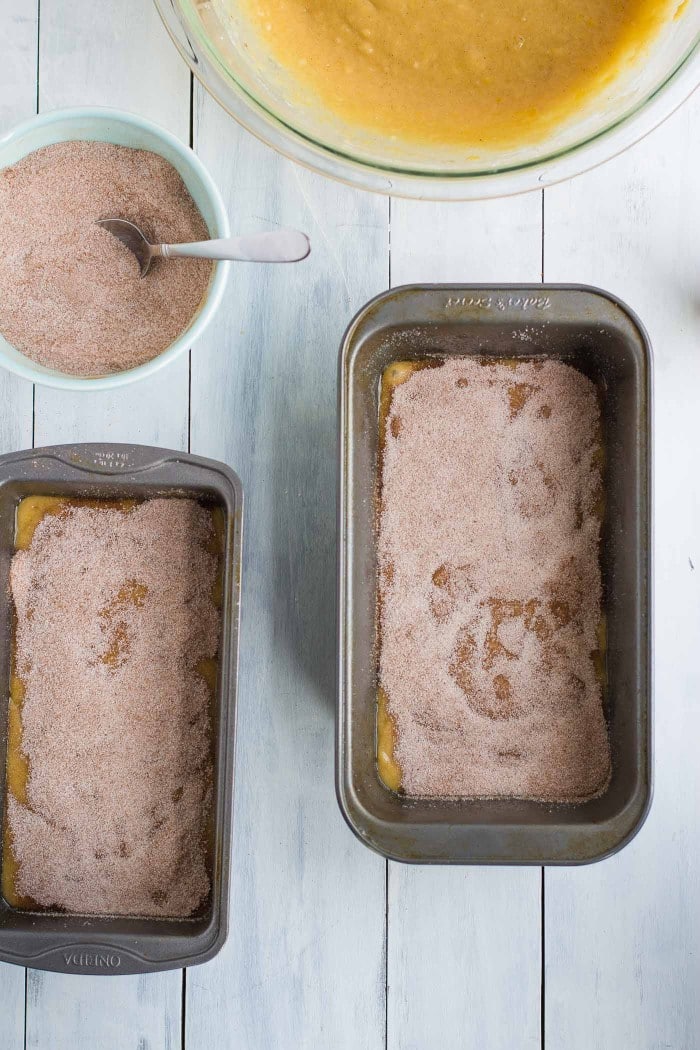 We’ll then pour the rest of the batter into the loaf pans. 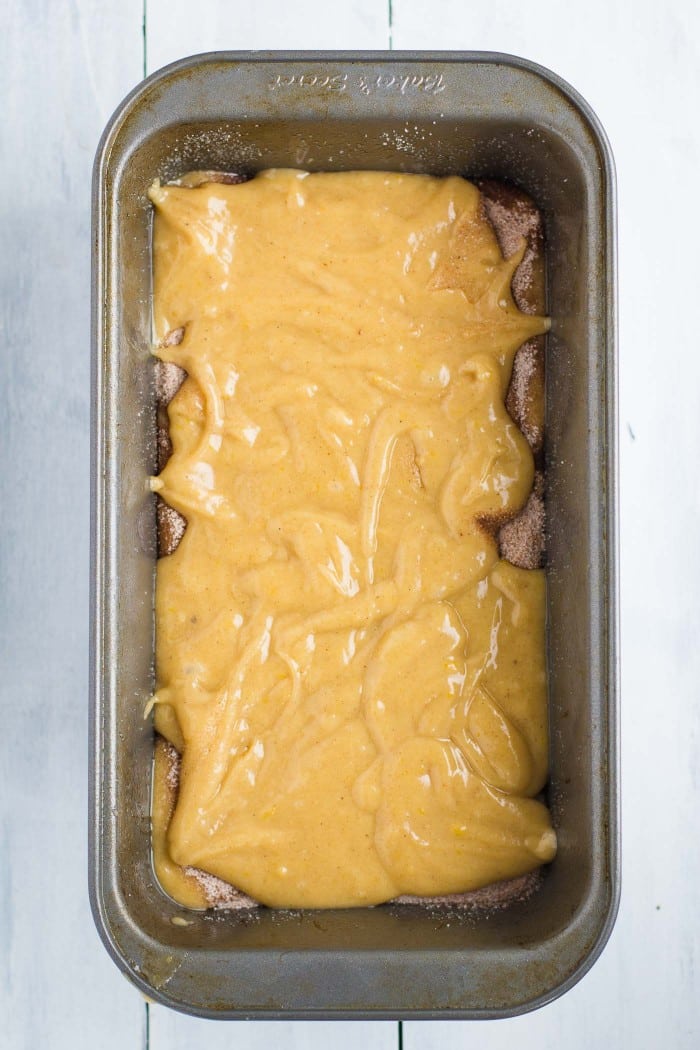 And then sprinkle with the remaining cinnamon sugar.

The crumble is then spread out evenly over the 2 loaves. It might seem like a little bit too much crumble but trust me, it’s not :) 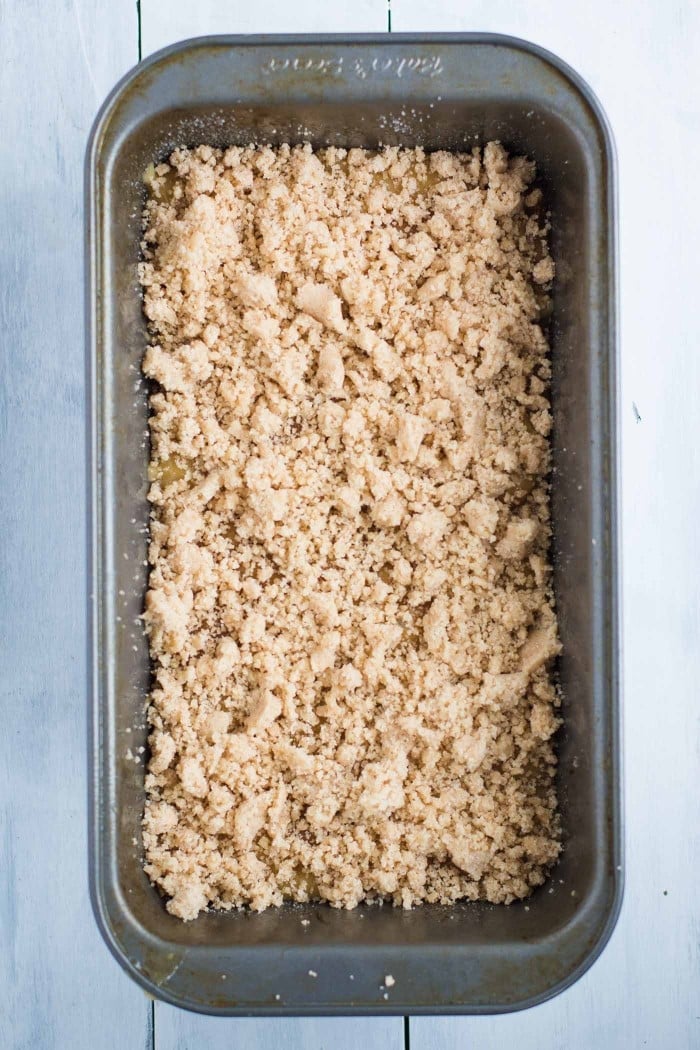 The loaves are then popped in the oven for about an hour and then left to cool for a bit before the glaze is added on top. 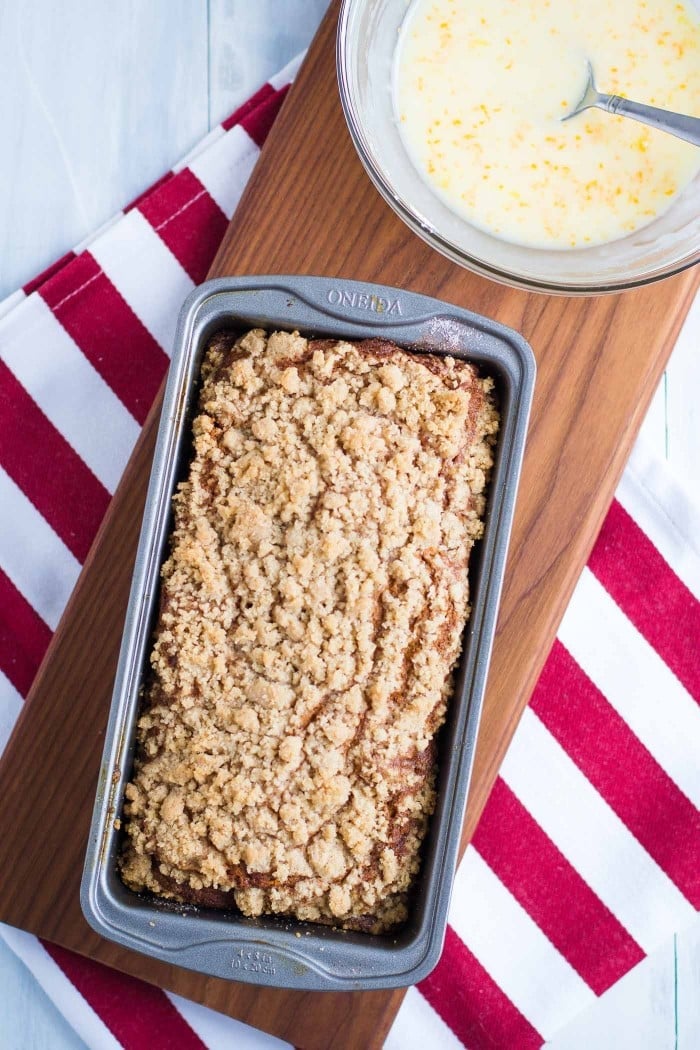 The glaze isn’t 100% necessary. I put the glaze on one loaf and then not the other. However, it is really tasty especially if you love everything orange flavored like I do. 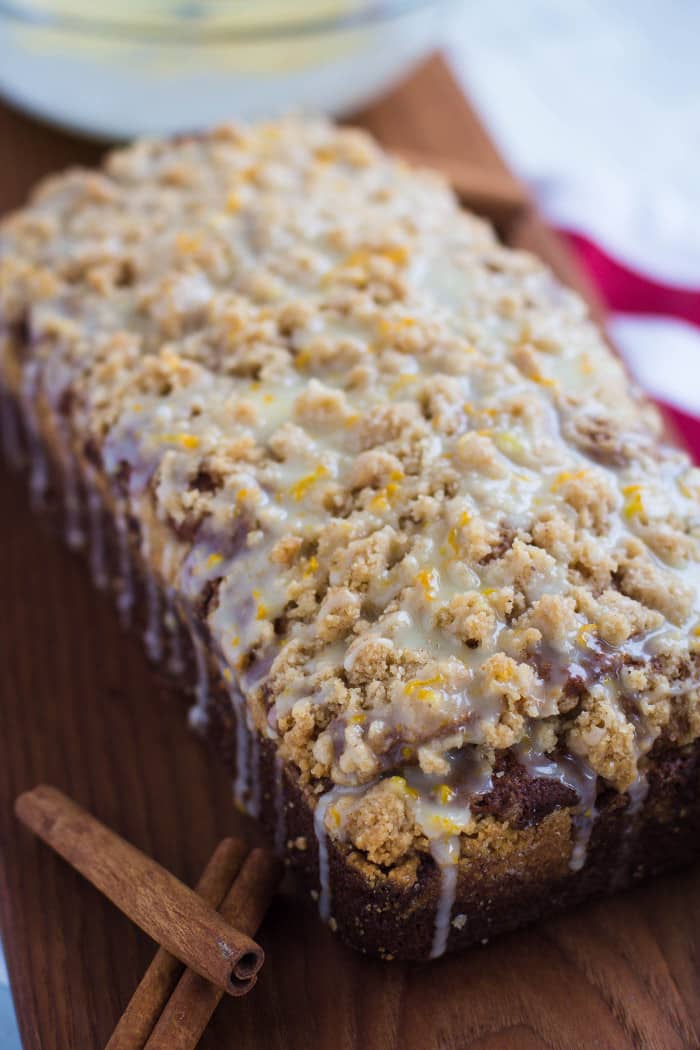 If you’ve never made an Amish Friendship Bread starter from scratch and then shared it with friends, I highly recommend it! Speaking of which, if any of you in the Nashville area want one, I have a couple extra :)

For the crumble topping:

For the orange glaze:

For the cinnamon sugar:

For the crumble topping:

For the orange glaze: