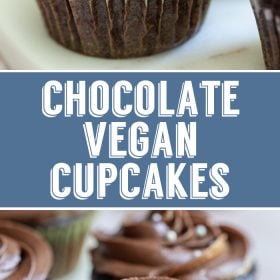 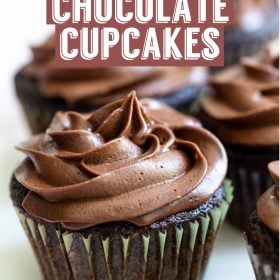 EASY Vegan Chocolate Cupcakes- this vegan cupcake recipe comes together in just ONE big bowl and bake in just 20 minutes! So decadent and fluffy and no one will ever even know they’re vegan! 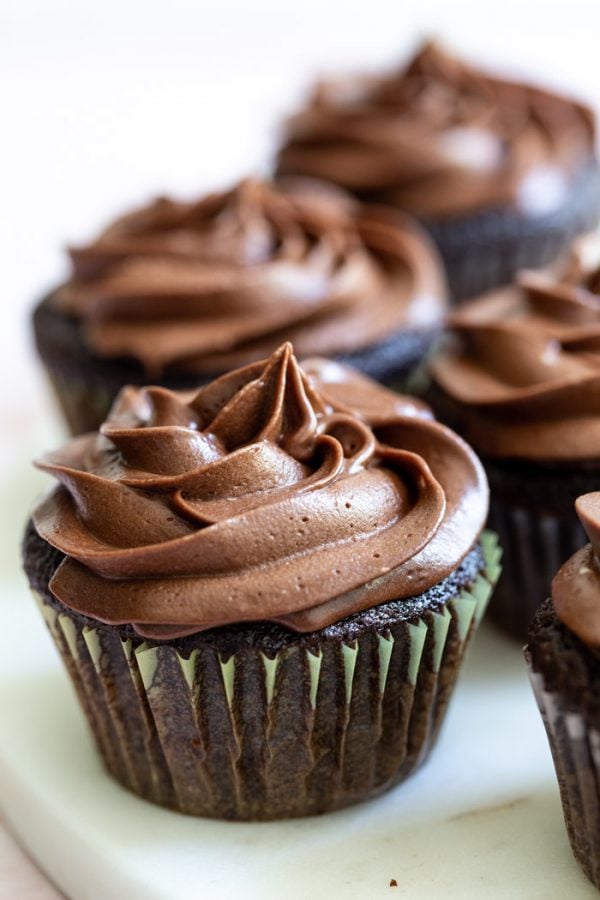 I’ve teased these cupcakes QUITE a few times and I’m sorry for that ?But HERE THEY ARE IN ALL OF THEIR CHOCOLATEY GOODNESS!

I wish that I could properly describe to you how incredibly fluffy and delicious these cupcakes are but you’re just going to have to make them for yourself to really understand. This recipe is a very slight adaption of my vegan chocolate cake recipe.

I have no idea why but the cupcakes are significantly better than the cake (and the cake is AMAZING TOO!). 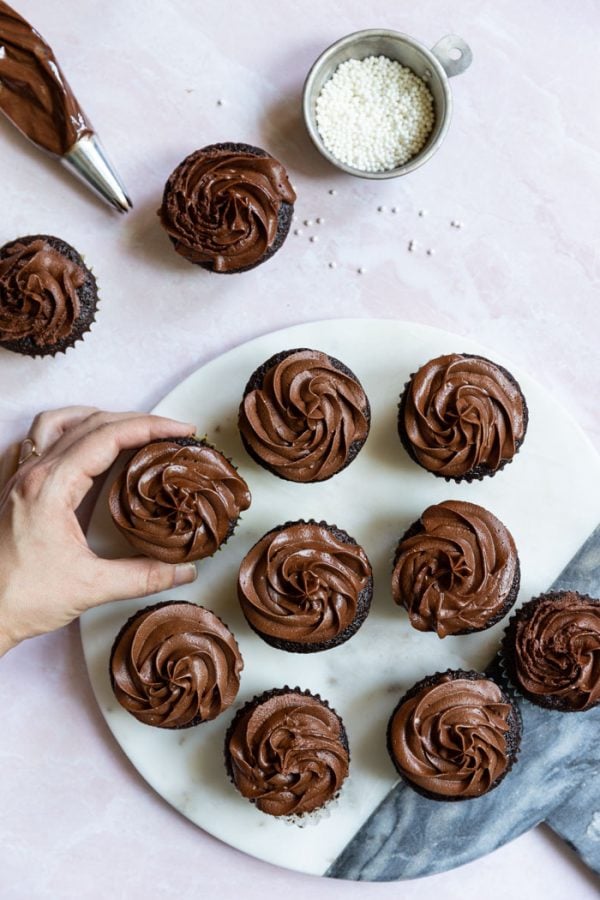 As written, this recipe makes 18-20 cupcakes depending on how high you fill your muffin tins. I asked on my instagram if that was annoying and if people thought I should make it a more even 18 or 24 cupcakes. So, hopefully too many cupcakes isn’t an issue for you (is there such a thing!?). 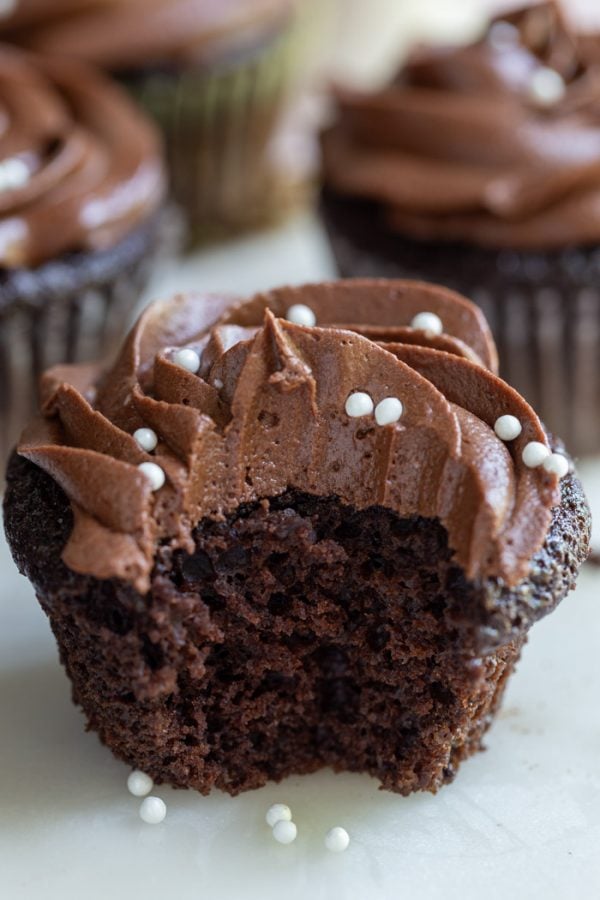 How to make Vegan Cupcakes:

It’s super easy to make these cupcakes and I do it all in just one big bowl. While not necessary, I like to do this in my standmixer because I’m lazy and I need to put that big ole appliance to work! However, you could do this in a big mixing bowl with a hand mixer.

We’ll start by mixing together the milk and apple cider vinegar to sit for a few minutes. Then we’ll whisk together the dry ingredients until they’re just combined.

Next we add in all of the wet ingredients including the milk mixture. That’s mixed on a medium-low speed until just combined and then the batter is poured into prepared cupcake tins.

Now just bake it for roughly 20 minutes and you’re DONE (I mean, you still HAVE to make the frosting obviously!). 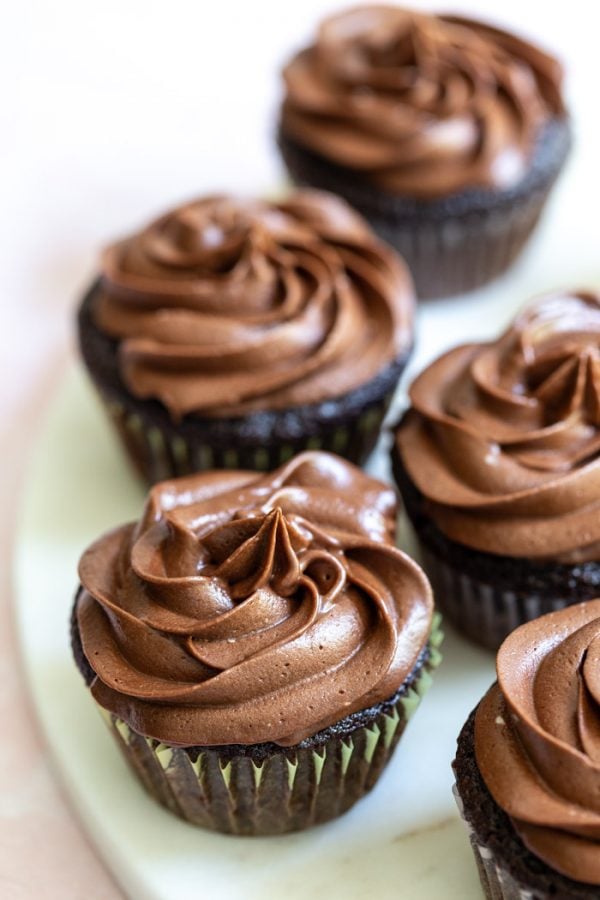 While I plan to make a dedicated gluten free recipe for vegan cupcakes, the only way that I can recommend making this particular recipe gluten free is to use a gluten free 1-1 flour blend. 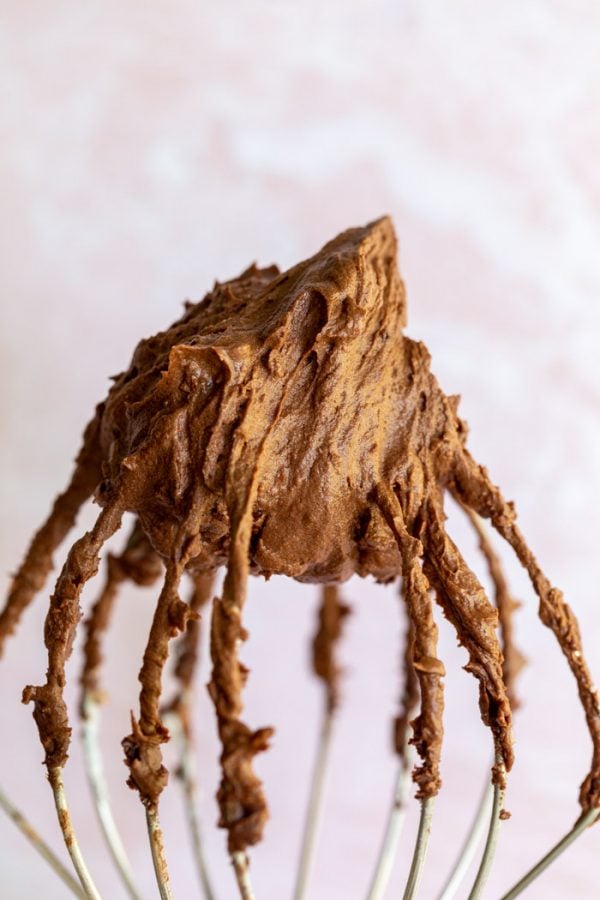 I used THIS chocolate vegan buttercream frosting for these cupcakes and I highly suggest it!

I like my cupcakes to be more cake than frosting so I typically add on one single simple layer. If you want to LOAD the frosting on to these cupcakes, I suggest doubling the frosting recipe.

The frosting is super easy to use and I highly suggest THIS recipe! 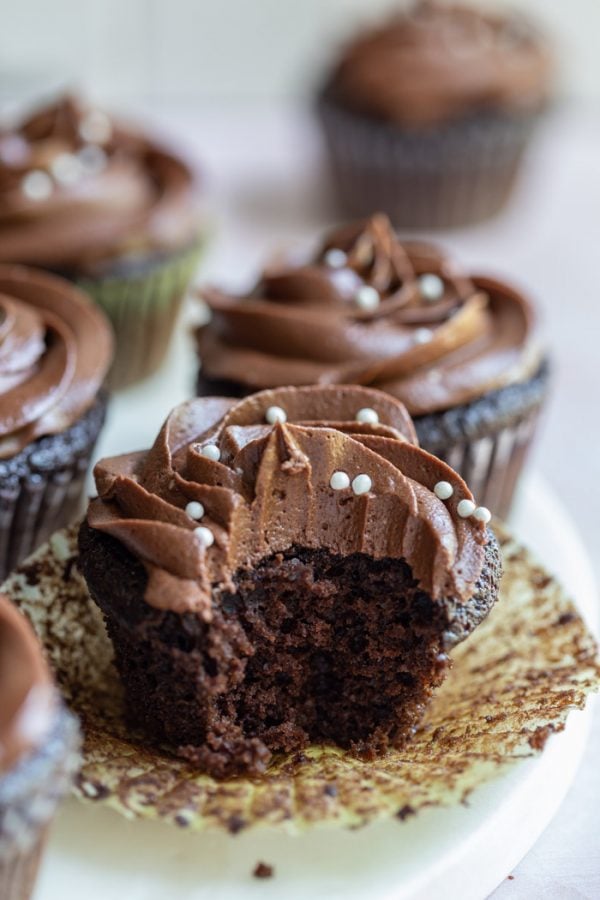 See how to make this Vegan Chocolate Cupcake Recipe:

EASY Vegan Chocolate Cupcakes- this vegan cupcake recipe comes together in just ONE big bowl and bake in right at 20 minutes! So decadent and fluffy and no one will ever even know they’re vegan!