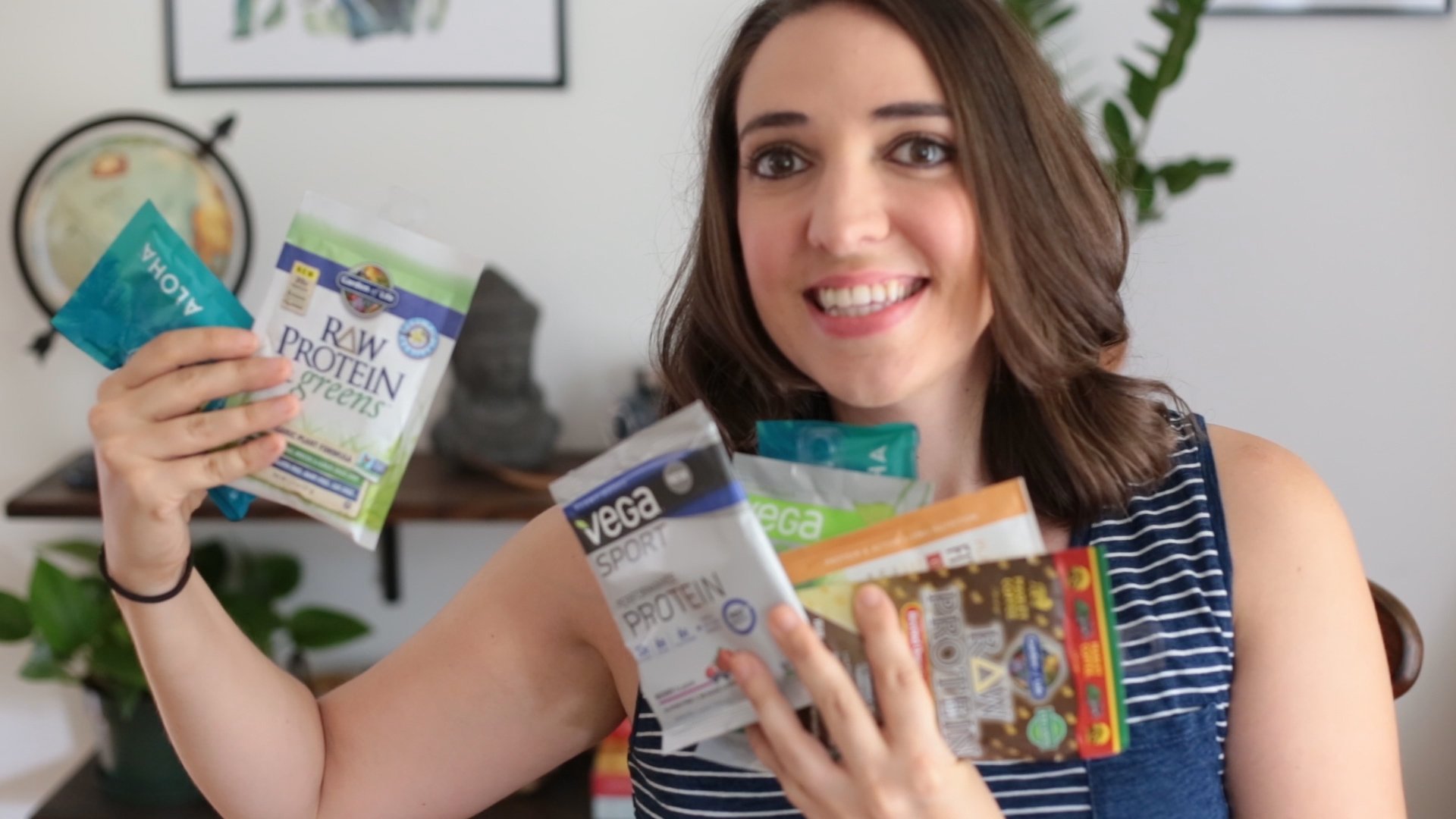 I have a post and a video for you today that I have been working on for quite a few weeks now. I’ve worked out/ lifted weights/ been involved in a team sports for the majority of the last 10 years. In that time, I have tried COUNTLESS protein powders but have rarely been able to find one that I actually like. That’s what we’re doing here today.

The WHOLE thing is in video form…all 18 1/2 minutes of it. I tried my absolute best to keep the video brief and cut SO much out of it and yet, it still ended up pretty long :) oops.

I also need to apologize for the fact that I’m *slightly* out of focus in the beginning of the video and again at the very end. What can I say, I’m a newb at this.

So, in case you don’t want to watch all 18 1/2 minutes of the video, here’s the spark notes version:

I went to Whole Foods a few weeks ago and picked up 6 different plant based protein powder samples. These are the ones that we are reviewing today:

I know that there are SO many other plant based protein powders out there that aren’t included here. The video (and this review) are already long enough so if you have some that you think I should try, please let me know in the comments! Maybe there will be a part 2!?

OKAY. Let’s jump into this.

I’m going to list these protein powders in the order that I liked them with 1 being my favorite and 6 being my least favorite. 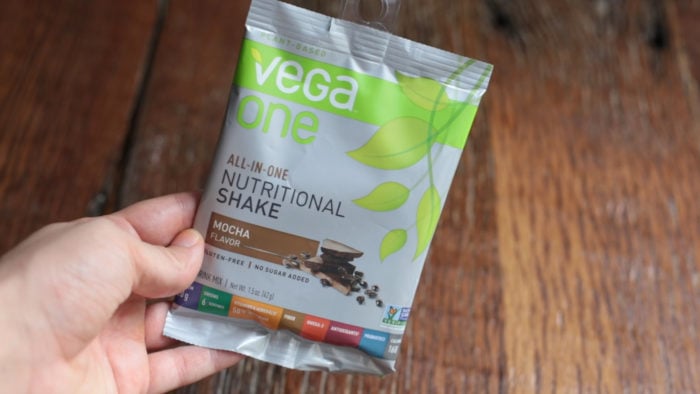 It’s safe to say that I’m now a HUGE Vega fan. I’ve had several friends recommend that I try it but up until this month, I had never actually done so. I’ve ordered a big tube of this Vega One Mocha Flavor because it was SO good! I kind of want to just drink these shakes all the time, just for fun, just for the taste. Alternatively, maybe I’ll start working out several times a day just to justify consuming more of this protein. SO love it.

Also worth nothing is that this is an “All in one nutritional shake” hence the name “Vega ONE”. This means that not only are you getting a good boost of protein but you’re also getting 6 servings of greens and a bunch of vitamins and minerals.

Overall Taste: A++
Flavor: A+
Texture: A, there’s a very slight bit of grittiness to it but it’s very slight.
Blendability: A, I didn’t need to shake the protein multiple times while drinking it to keep the shake well blended
Protein per serving: 20g
Calories per serving: 160
Price (estimates based on current Amazon prices): $52 for 20 servings or $30 for 10 servings
Would I buy it again: Already have!
Extra notes: this is considered an “all in one nutritional shake” meaning that in addition to the protein, it also has 6 servings of greens and 50% of your daily intake of vitamins and minerals 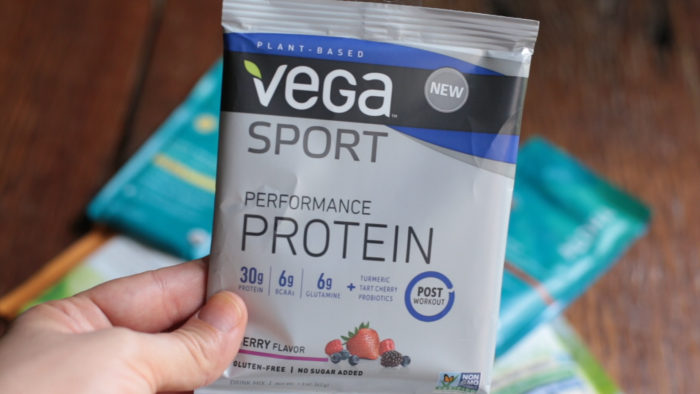 The Vega Sport (Berry flavor) was a very close second to the Vega One and only got beaten out by the fact that the Vega One was mocha flavored :) Really what I learned was that I simply like Vega products. But yea, the very flavor was very nice. This particular protein powder has significantly more grams of protein compared to the average plant based protein. Vega Sport has 30g preserving while the rest had around 17g per serving.

Overall Taste: A+
Flavor: A
Texture: A, there’s a very slight bit of grittiness to it but it’s very slight.
Blendability: A
Protein per serving: 30g
Calories per serving: 150
Price (estimates based on current Amazon prices): $42 for 20 servings
Would I buy it again: Absolutely!
Extra notes: Also has 6g BCAAs and 6g glutamine 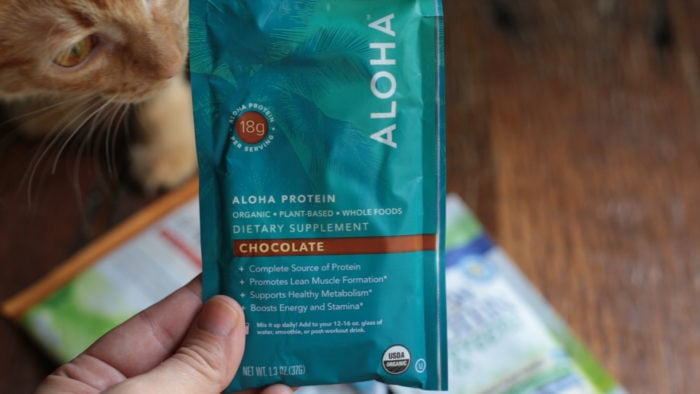 The Aloha Protein is one that I have tried before but since I had an extra sample, decided to try it again. I tried both the chocolate flavor and the vanilla and liked them both. It has a mild taste that’s nothing to write home about. I mentioned in the video that this would be a good one to buy if you simple wanted a plain protein powder that’s good for mixing into smoothies, protein porridge, or protein pancakes. I liked it but didn’t completely love it.

Overall Taste: B
Flavor: B
Texture: B, a bit more grit than the Vega but nothing too bad
Blendability: C, it was rather thick and needed to be re-shaken practically between each sip
Protein per serving: 18g
Calories per serving: 150
Price (estimates based on current Amazon prices): $25.90 for 14 servings
Would I buy it again: yes. Again, I think this would make a great neutral protein to have on hand for mixing with other things. 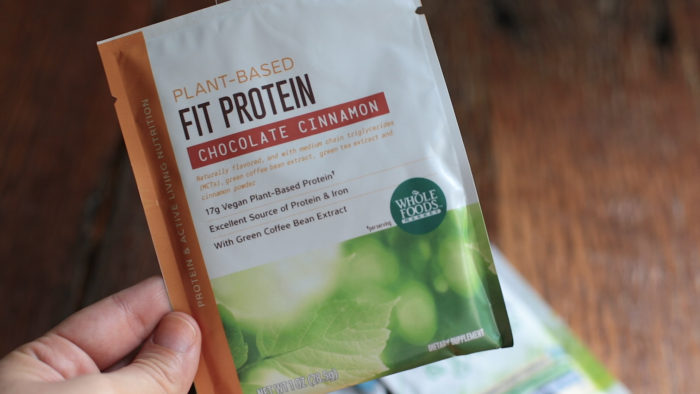 This Whole Foods Market Protein was similar to the Aloha protein. It had a very neutral taste meaning that it wasn’t bad at all but it also wasn’t anything special. I was hoping that the cinnamon would come across more in the flavor but I barely tasted it at all.

Overall Taste: B
Flavor: B-
Texture: B
Blendability: B, blended pretty good but needed another shake or two through drinking it
Protein per serving: 17g
Calories per serving: 110
Price: varies based on your Whole Foods Market but it was on the cheaper end of all the proteins listed here
Would I buy it again: yes
Extra notes: With Green Coffee Bean Extract 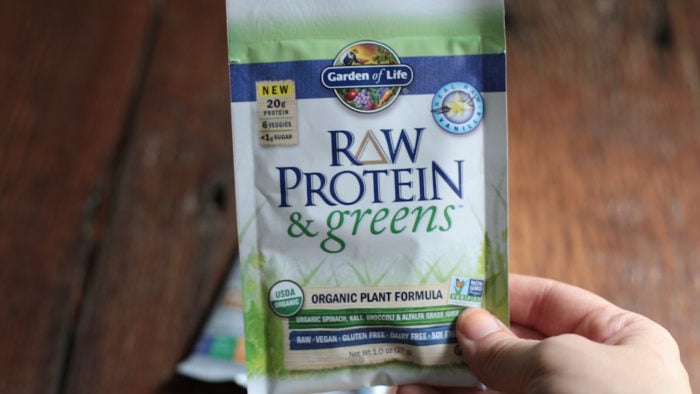 The Garden of Like Raw Protein + Greens was rather disappointing. I’m really drawn to the proteins that also have greens in them. This one was okay. It certainly wasn’t as terrible as the other Gardens of Life protein that I tried but overall it was meh.

Overall Taste: B-
Flavor: B-
Texture: C
Blendability: C, need to shake it quite a few times to keep it well incorporated with the water
Protein per serving: 20g
Calories per serving: 100
Price (estimates based on current Amazon prices): $25.82 for 20 servings
Would I buy it again: unlikely
Extra notes: Each serving has 6 servings of veggies including spinach, kale, broccoli, and alfalfa grass juice 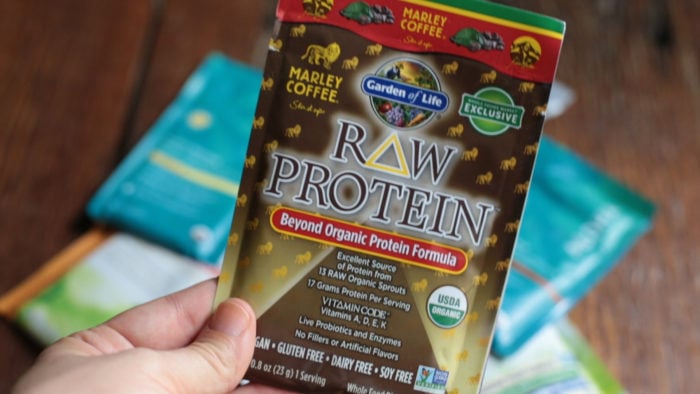 The Garden of Life Marley Coffee flavor was my absolute LEAST favorite of all of them. It was SO thick and incredibly chalky. I mean, I felt like my mouth was being rubbed with sandpaper after each sip of the shake that I took. I drank about half of it and then just dumped the rest out. The flavor was also pretty disappointing. The coffee didn’t come across at all which was kind of a bummer. Overall, this was a big thumbs DOWN.

Overall Taste: D
Flavor: C
Texture: F, TERRIBLE
Blendability: F, no matter what, it did not want to blend with the water and it kept sinking to the bottom
Protein per serving: 17g
Calories per serving: 180
Price (estimates based on current Amazon prices): $25.07 for 10 servings
Would I buy it again: nope

I hope you found this helpful!! Don’t forget to leave me suggestions of other plant based protein powders that I should try including ones you think I’ll like as well as ones that you’ve never tried but would be interested to hear about.

What should I try out next? I VERY much enjoyed putting this post and this video together. This weekend, I will begin testing Vegan cheeses which will be the next review post/ video that I do. It should be up in a few weeks. Do you have other suggestions for review posts that I can do??

*This post contains affiliates links. If you click on one of the links and buy the product, I get a small commission on the sale at no extra cost to you. Don’t worry, I’ll spend it on something good like 5 new tubes of mocha protein powder :)