**UPDATED 3/1/19: after some reviews of the original recipe, I have retested this several times and updated the recipe. Please let me know how you like it!! 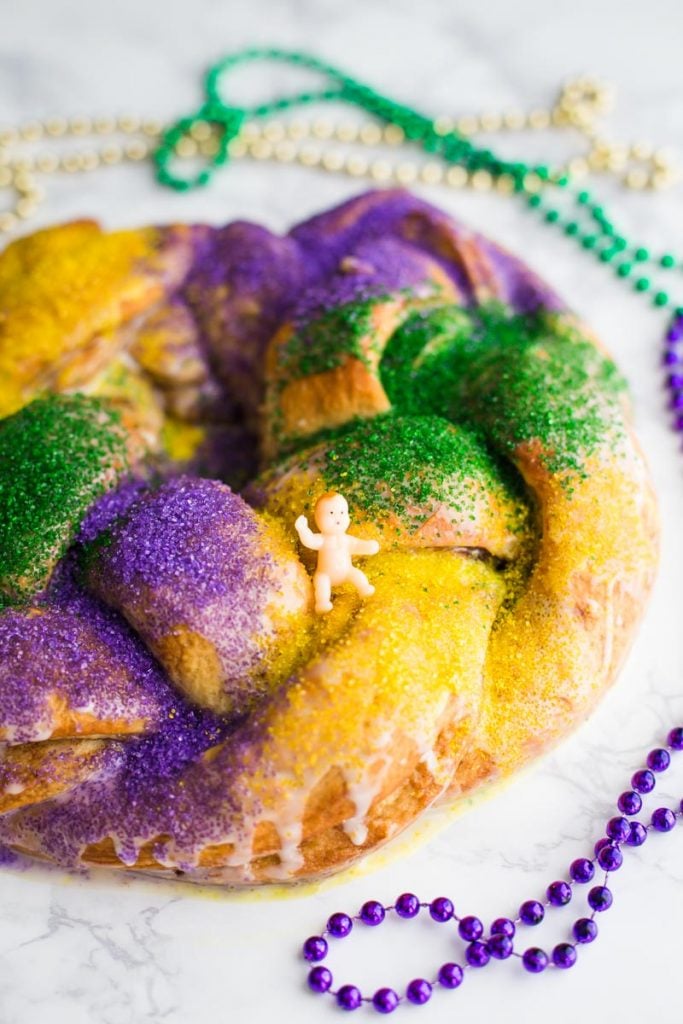 Ya see that little plastic baby on top of the cake? (yes, there’s one inside of the cake as well.) I bought those FOUR years ago with plans of baking a king cake but didn’t. Every year since then I pull those little plastic babies out of my blogging miscellaneous drawer thats currently overflowing with every color paper straw in existence, tie dye ice cream cones, and a massive collection of wooden utensils that have never once been used. That’s where the babies live.

This year, I promised myself that those stinkin’ babies were going to get some use :) And, here we are! SO glad that 2017 was finally the year I baked you a King Cake. AND IT’S VEGAN!! 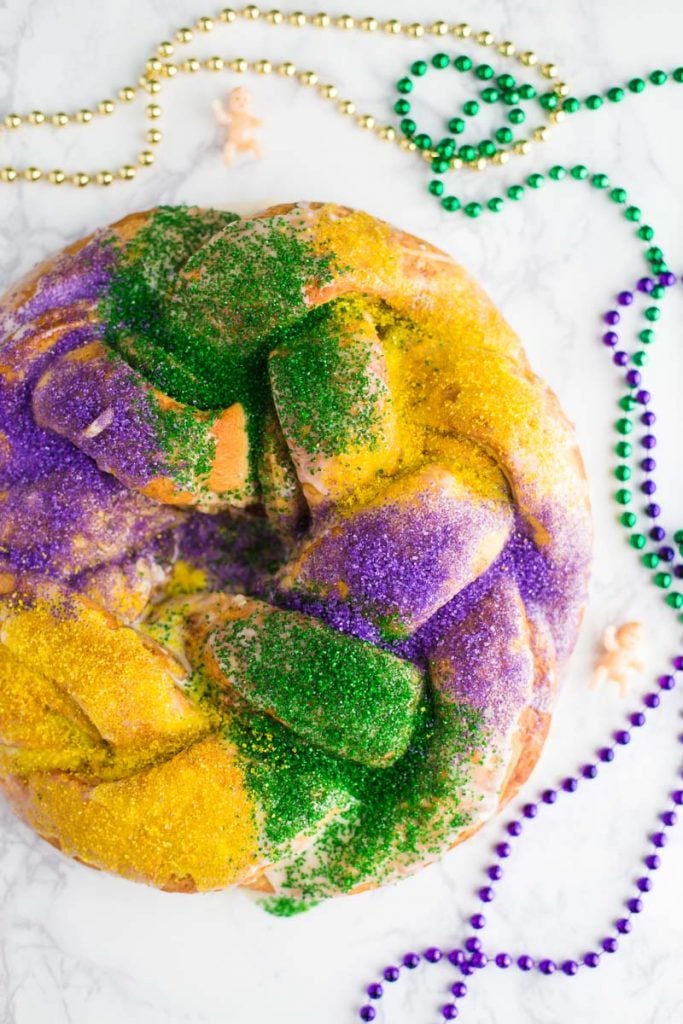 Veganizing a King Cake was surprisingly very easy. I didn’t try anything too fancy, simply replaced the butter with Earth Balance vegan butter, the milk with almond milk, and the eggs with Bob’s Red Mill Egg replacer. Full disclosure, this is NOT a sponsored post but Bob’s Red Mill did send me the egg replacer to try. AND, it’s really pretty awesome. I can’t quite explain why or how but it seems to work a bit better than a simple chia egg (which is what I usually use). I’ve been using the one bag they sent me for what seems like forever and it’s still half full. You can find the Egg Replacer on Amazon HERE. 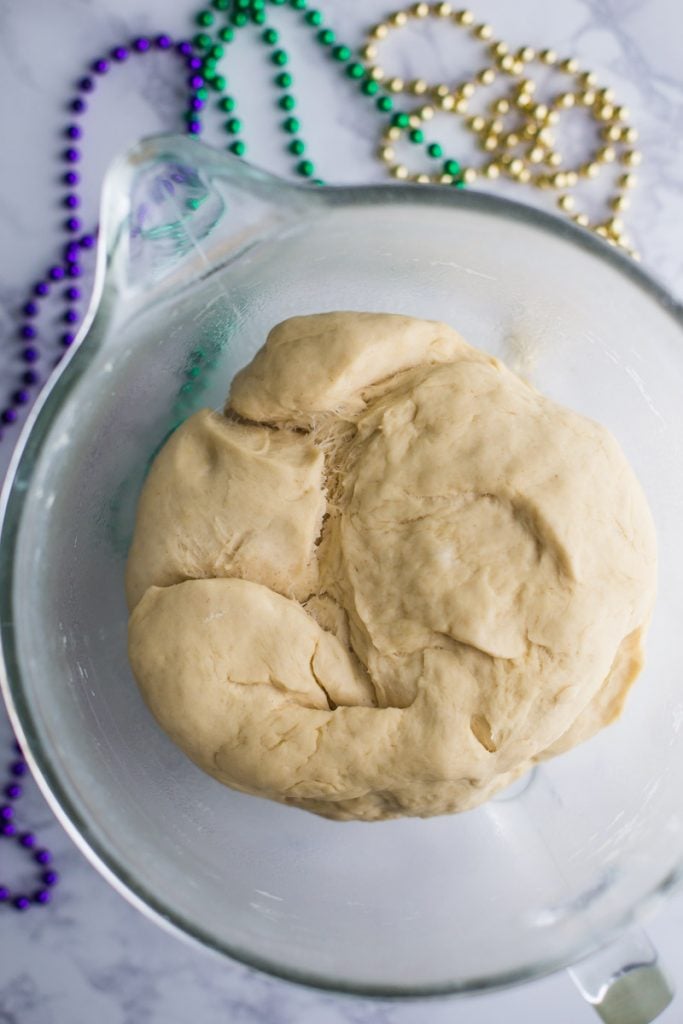 In case you’ve never made a King Cake, it’s basically a giant cinnamon roll that is often braided and covered in crazy amounts of sprinkles. I grew up going to Catholic Schools where Mardi Gras (aka Fat Tuesday) and King Cakes were a regular part of Februaries. It only seemed natural that this recipe needed to exist in a vegan form on my blog. 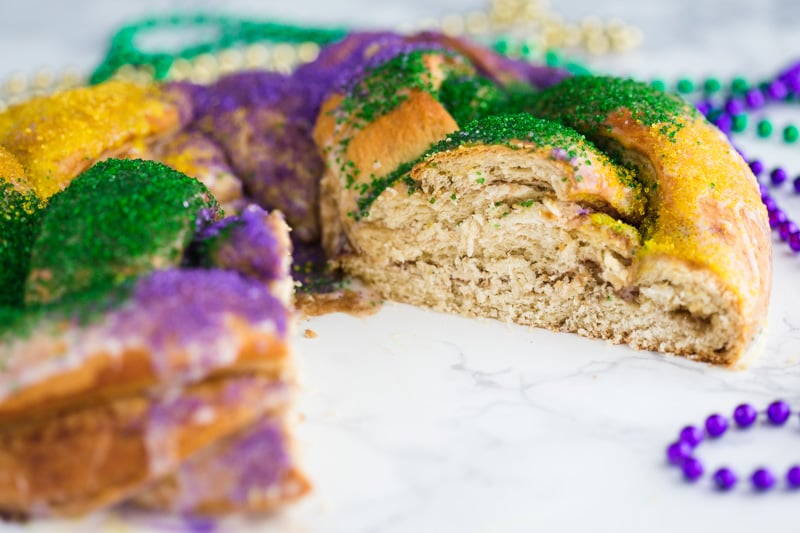 The cake itself is easy enough to make but does require a decent bit of waiting. What I did was make the cake the evening before and then ice/ load it with the sprinkles the next morning. It worked out perfect and is ideal if you’re taking it to work or to a party! 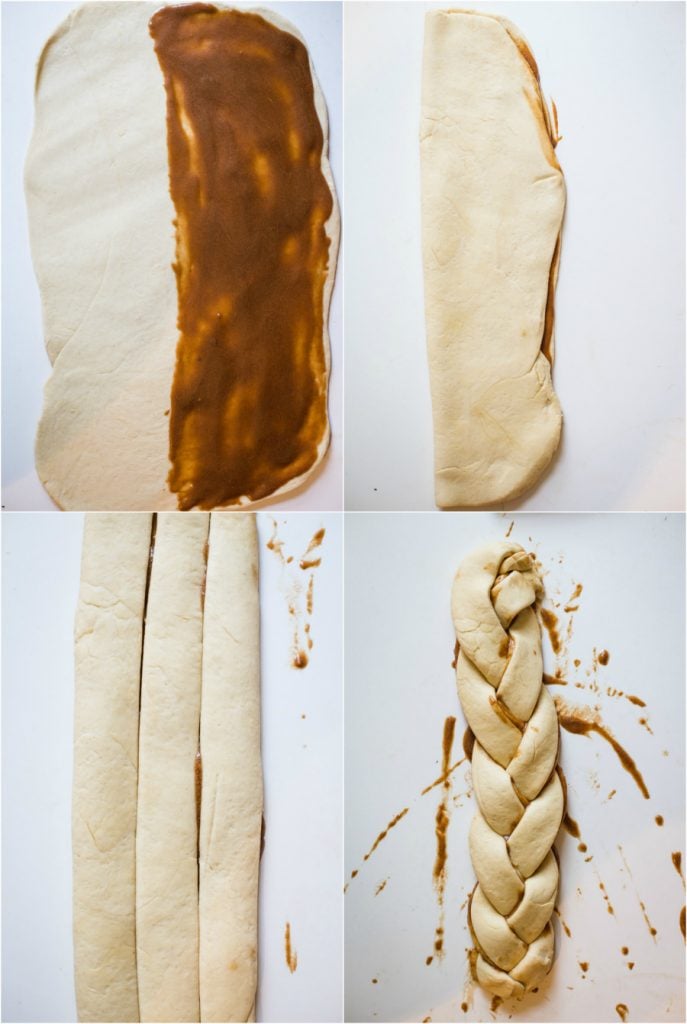 The dough is made, kneaded, and then rested for an hour. It’s then rolled out into a rectangle and covered on one half with loads of sugar and cinnamon. Then it’s folded over, cut, braided, formed into a circle and left to rest one more time before going in the oven. 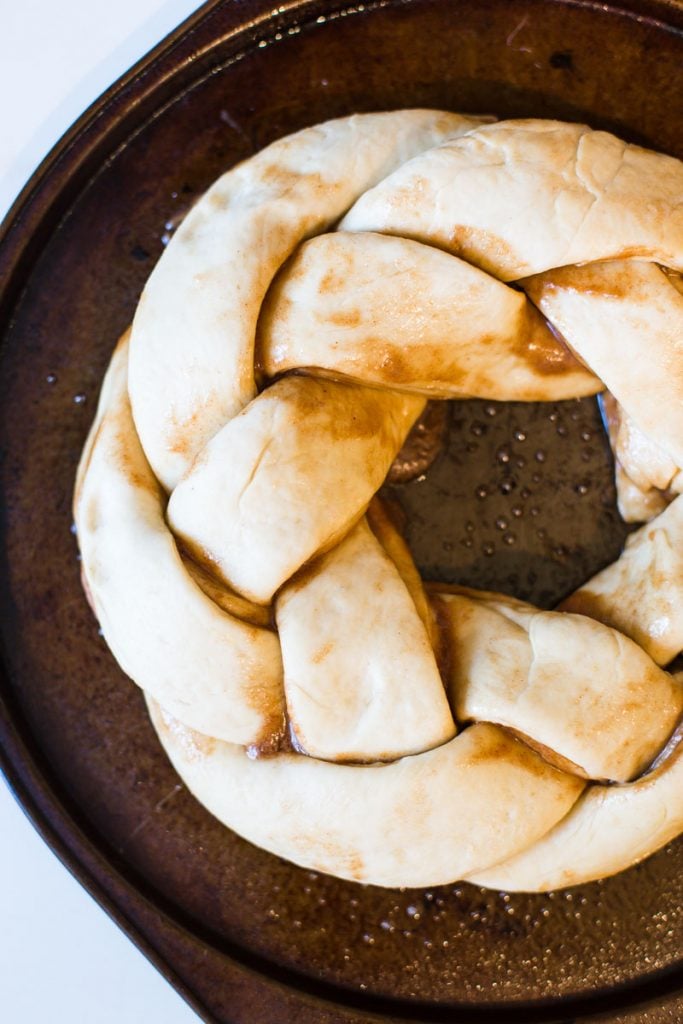 After that it’s just a matter of icing it and covering it in obnoxious amounts of green, purple, and yellow sprinkles! 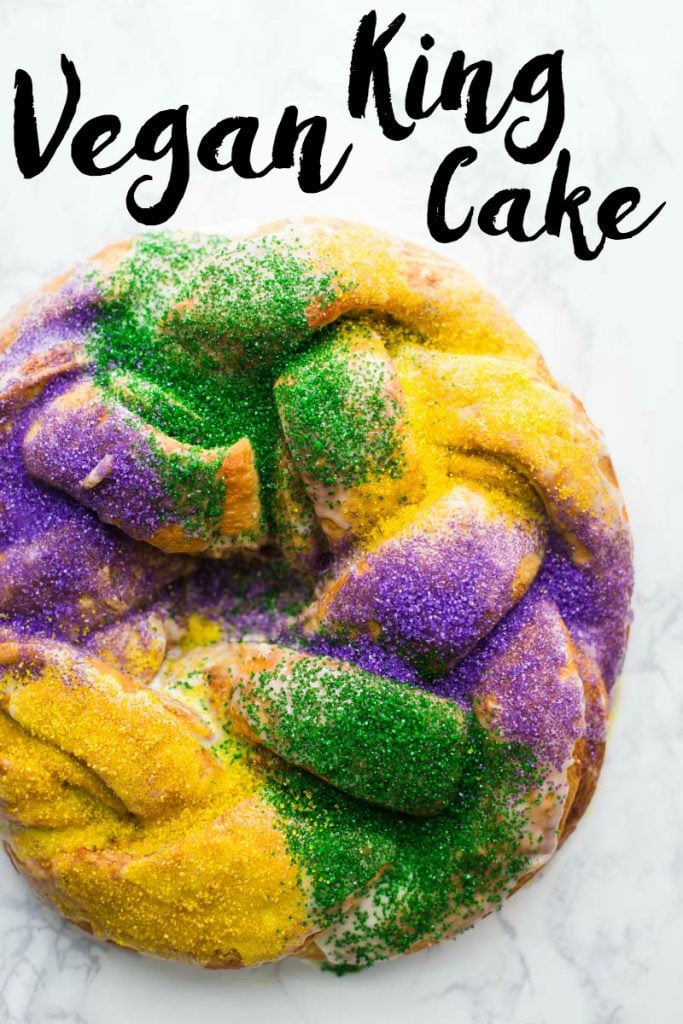 OH and hey, don’t forget to hide the little plastic baby inside! Tradition has it that the person that gets the baby in their slice of cake has to bring/ buy/ make the next one!

*Can be done in a regular mixing bowl as well although it’s more work.

**I *think* a flax egg would work as well but I have never tried it. So proceed at your own risk :)

other notes: the filling of mine comes out a decent bit into the pan. It looks like a lot at first but there’s still a TON of filling left in the cake.