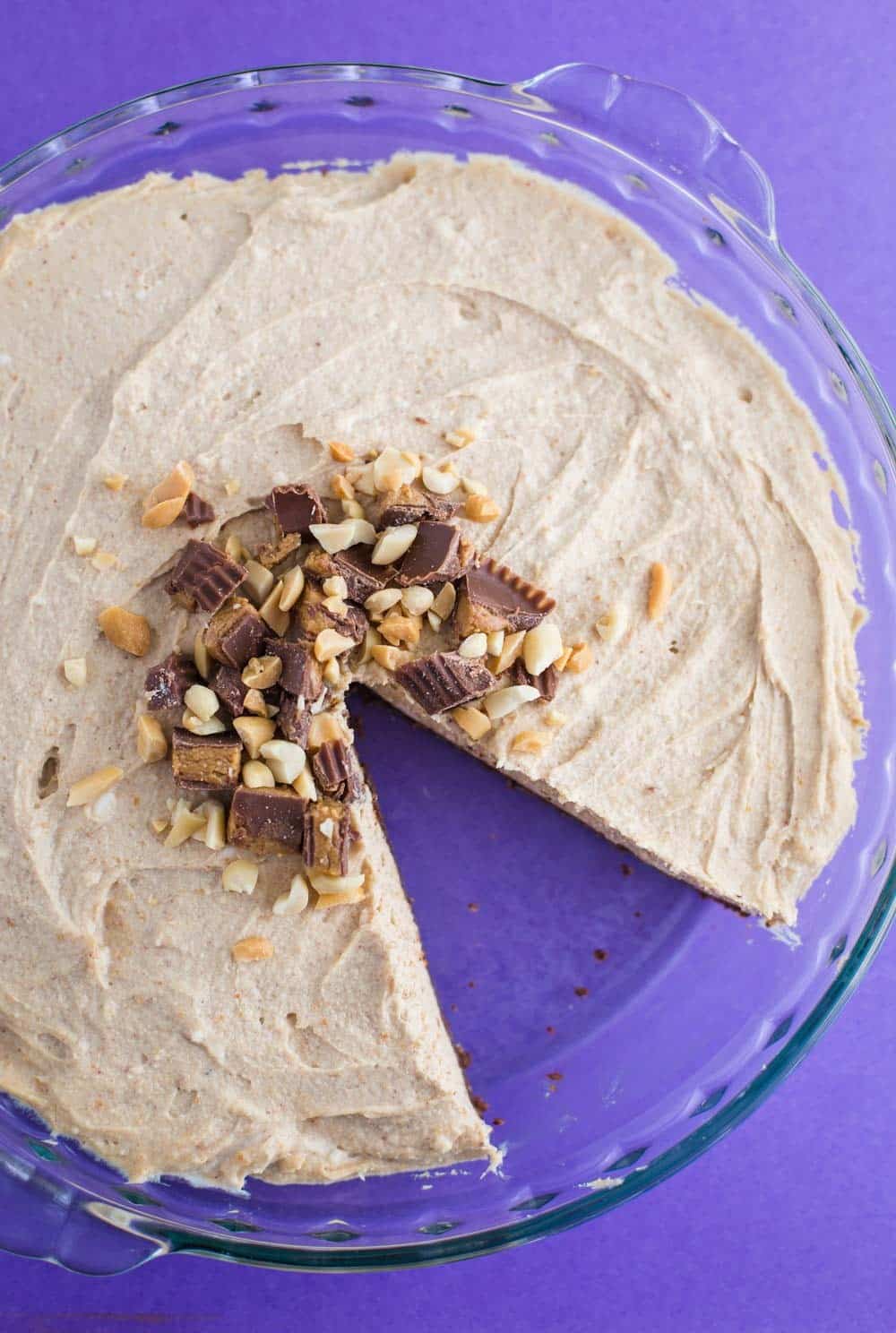 **UPDATE to post: I now have a video to go along with this recipe. Enjoy :)

Remember a couple years ago when I posted THIS No-Bake Peanut Butter Pie?? To this day, it’s still one of my most popular and most shared recipes which makes sense because it’s DELICIOUS!

This year I really wanted to tackle a slightly more nutritious and vegan based version of this pie. I wasn’t sure if I’d be able to make it as good as the original version but I gave it a shot. I replaced the graham cracker and butter crust with a chocolate crust made mostly of almond flour and I replaced the filling with a SUPER SIMPLE 2 ingredient filling of peanut butter and coconut whip.

The result= AMAZING delicious pure perfection! The amount of restraint that I had to have so I wouldn’t eat this WHOLE pie in one sitting was pretty high. 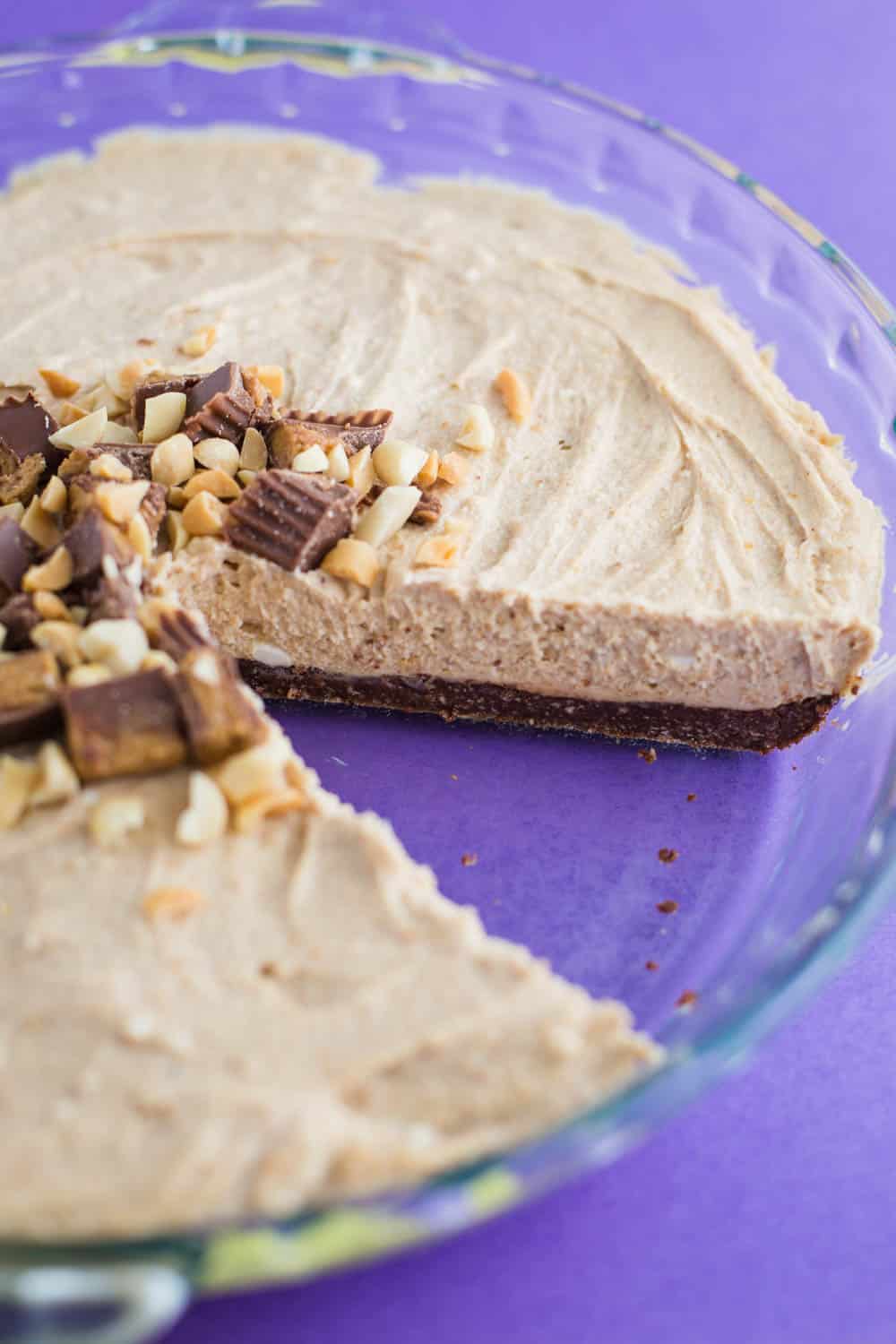 I haven’t used full fat coconut milk a lot in the past and made the mistake of the look at the nutritional facts on the can. It’s a plant based product so I like to pretend that also means it’s low fat and “super healthy” for you. Wrong. SO wrong. But, who really wants a low fat pie anyways?? 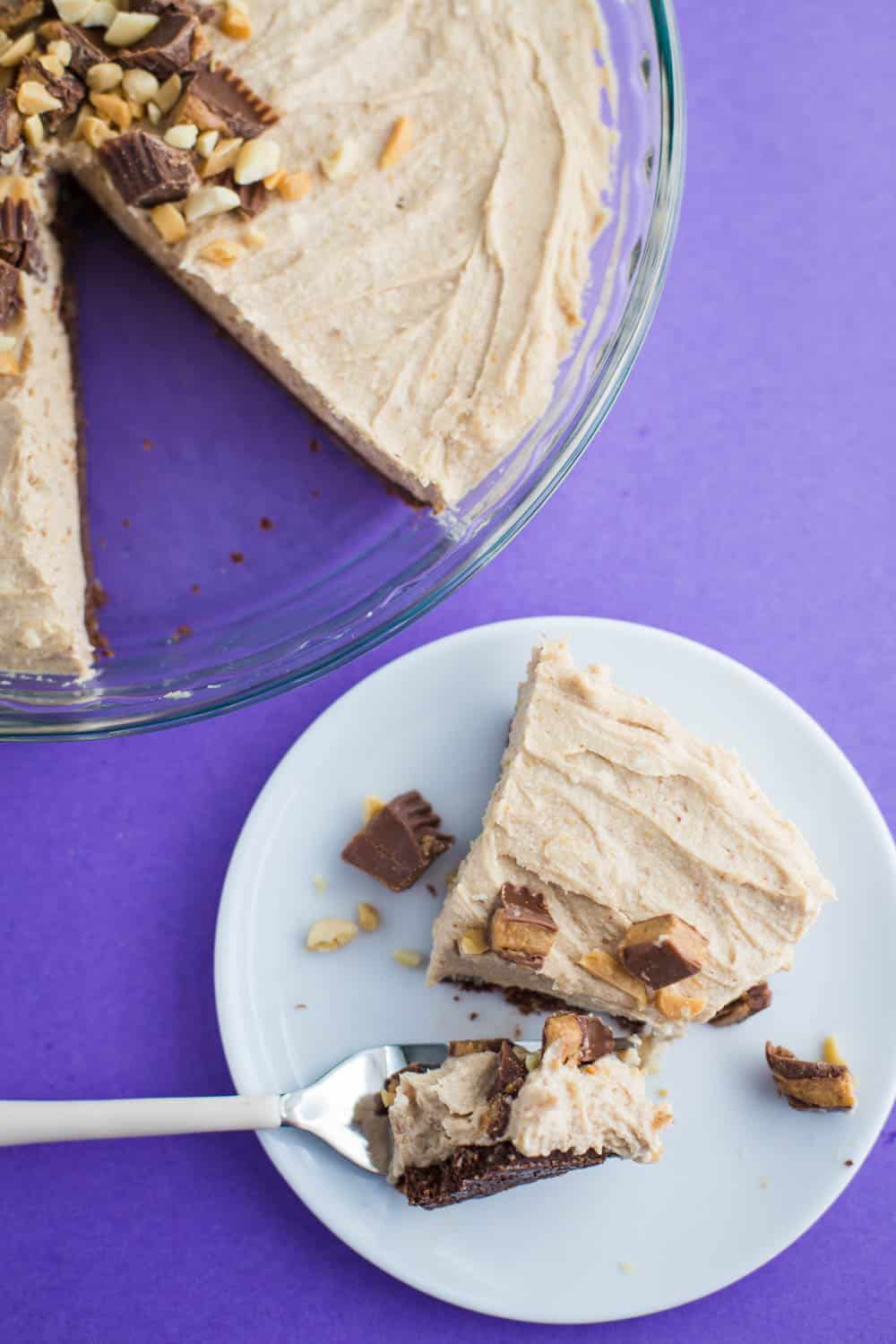 I made the crust the night before which worked our well but you can also make it as you need it. 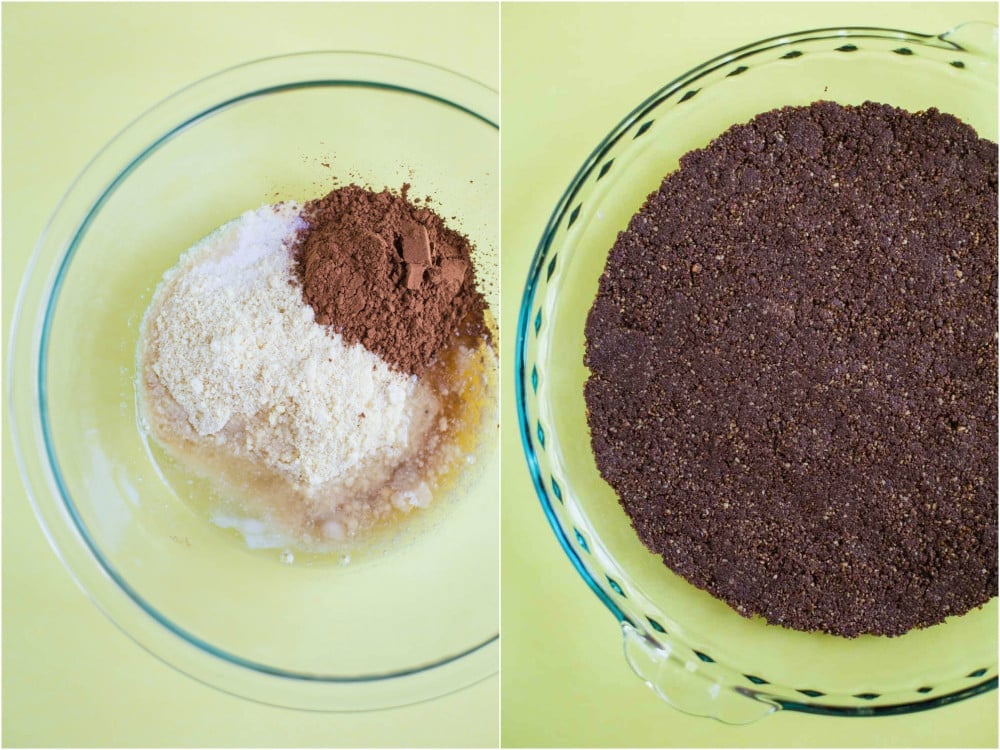 The filling is as easy as whipping up some coconut whipped cream (I used this simple recipe from Minimalist Baker) and mixing it with a bit of peanut butter. I had originally tested some more complex combinations but I found that the coco whip + the peanut butter was SO delicious on its own. So, that’s what we have here. 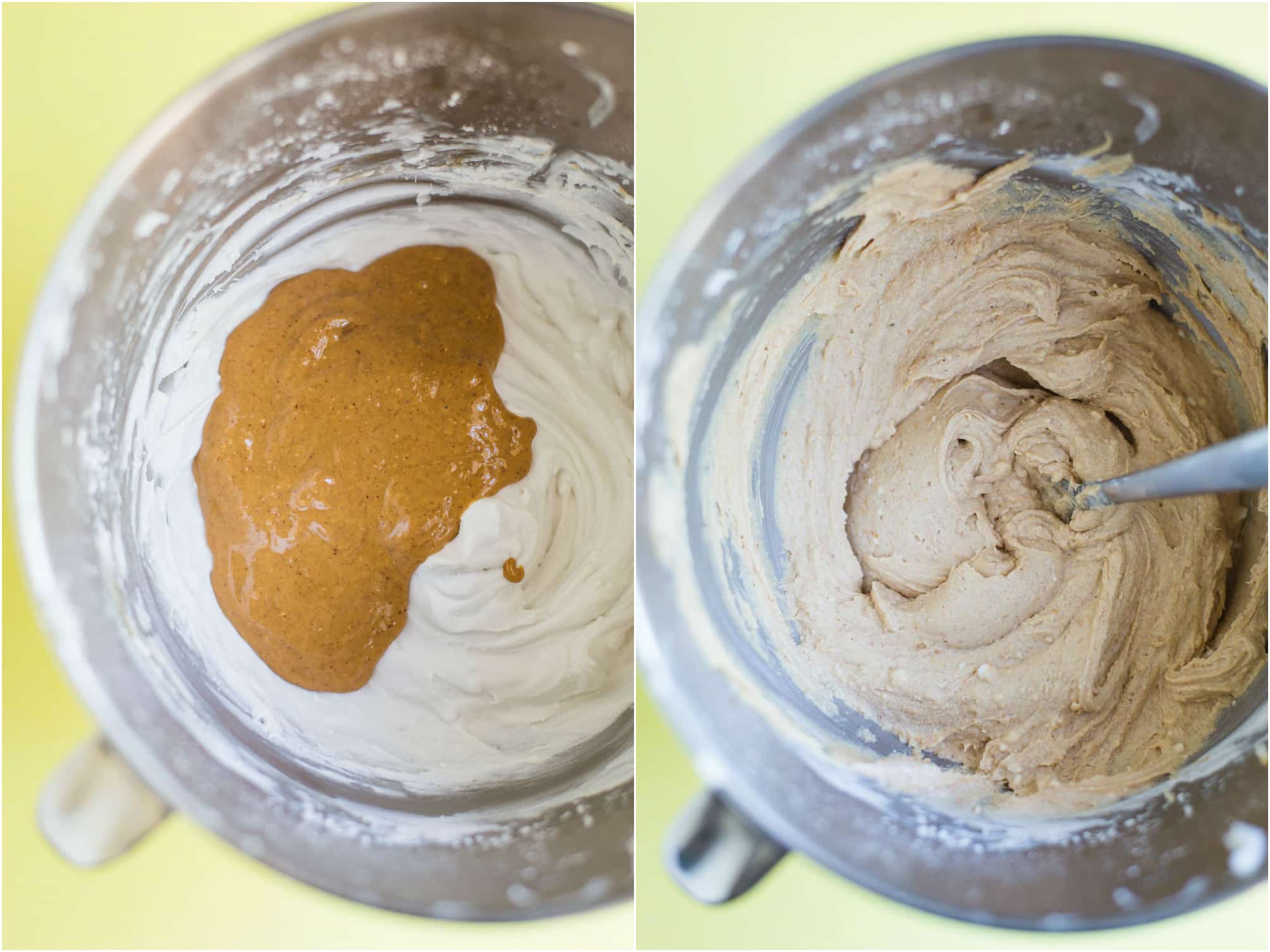 Once the pie is done, it technically needs to sit in the fridge for a bit BUT could also be enjoyed right away (to accommodate those with very minimal levels of self control). 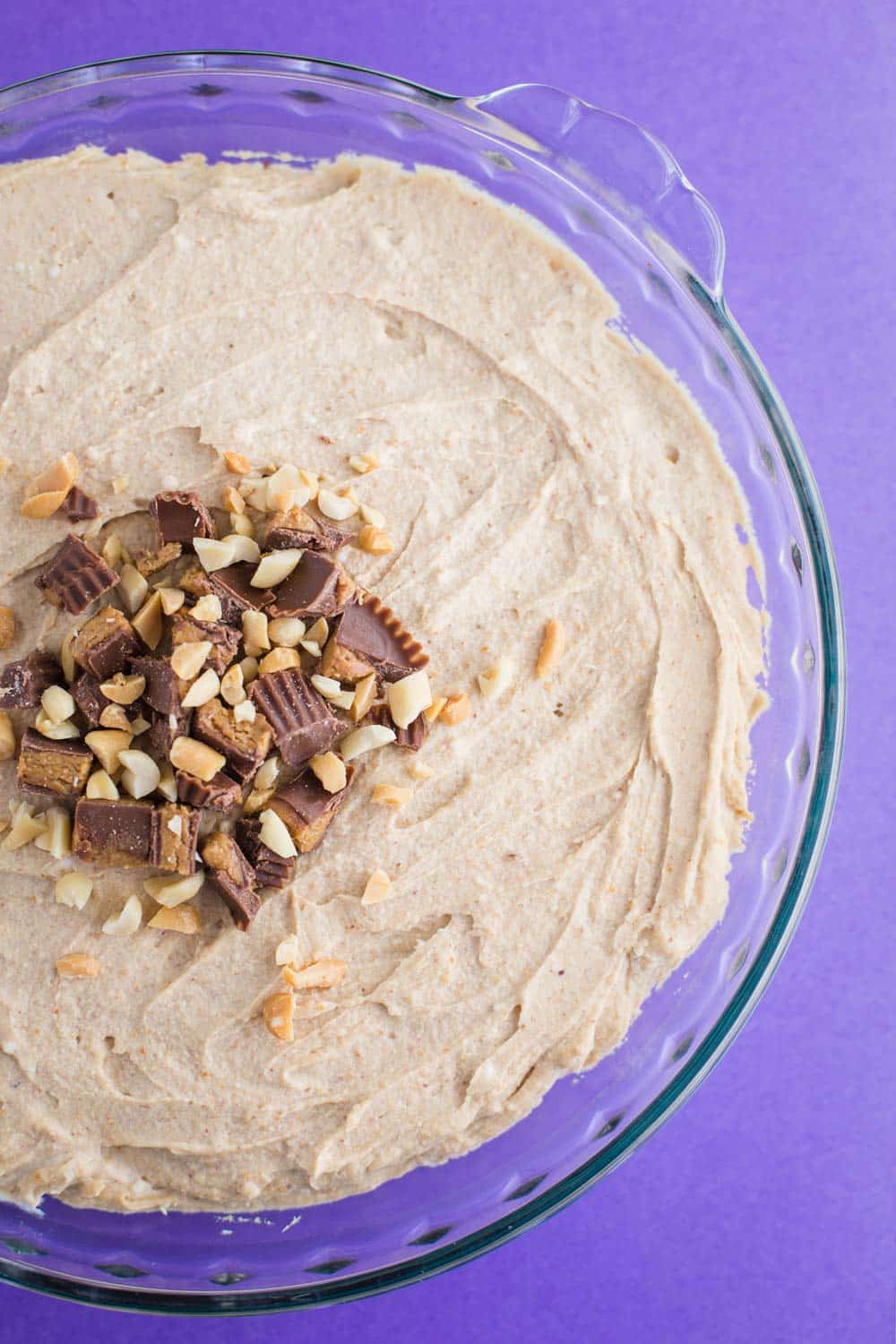 Just for beauties sake, I topped the pie with a handful of peanuts and a chopped up vegan peanut butter cup that I paid entirely too much for at Whole Foods. I had planned to make some homemade pb cups but then laziness took over. Alas. 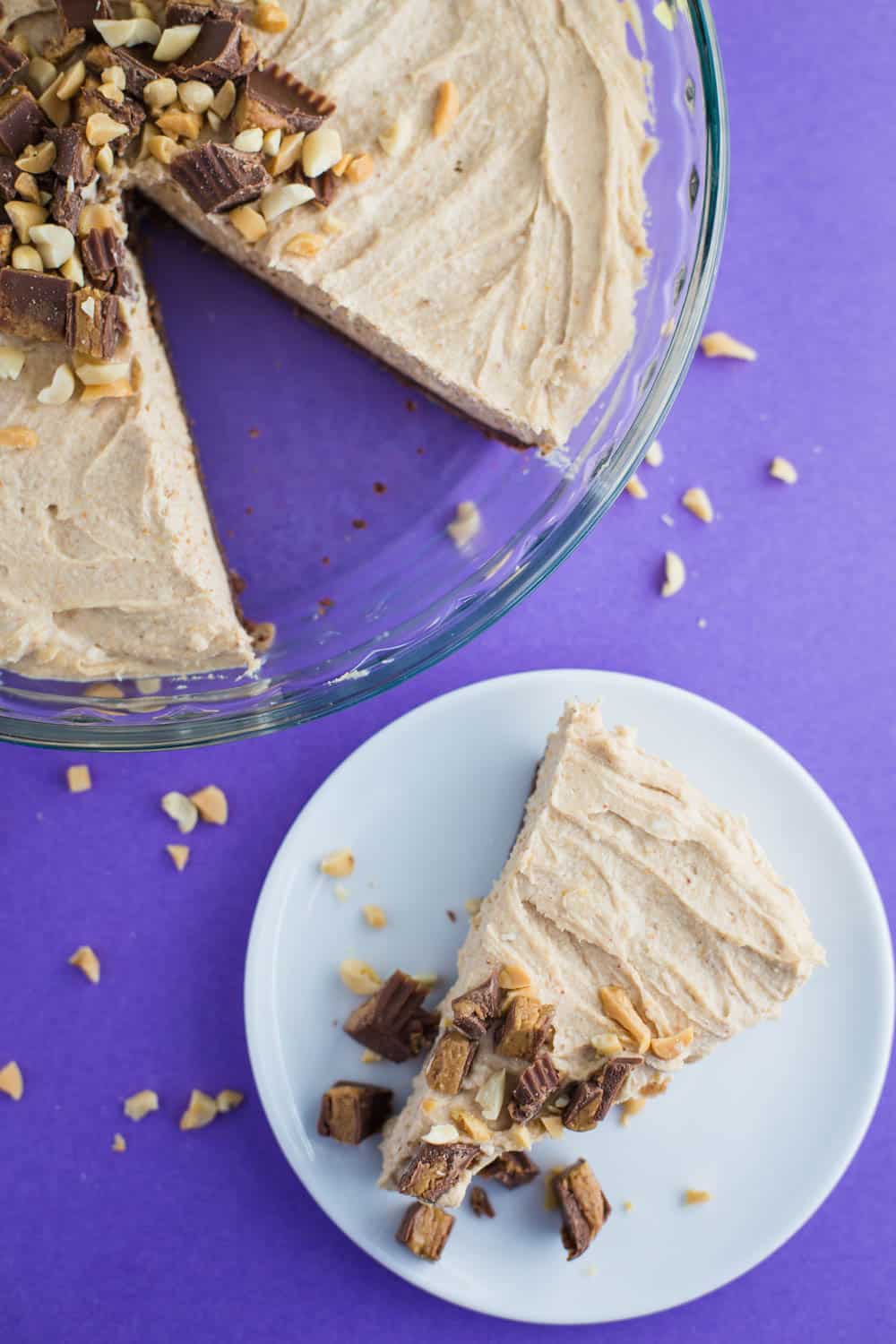 I really can’t stress how DELICIOUS this pie is. I have some friends coming over this weekend which I’m pretty sure is reason enough to make the pie again asap :D