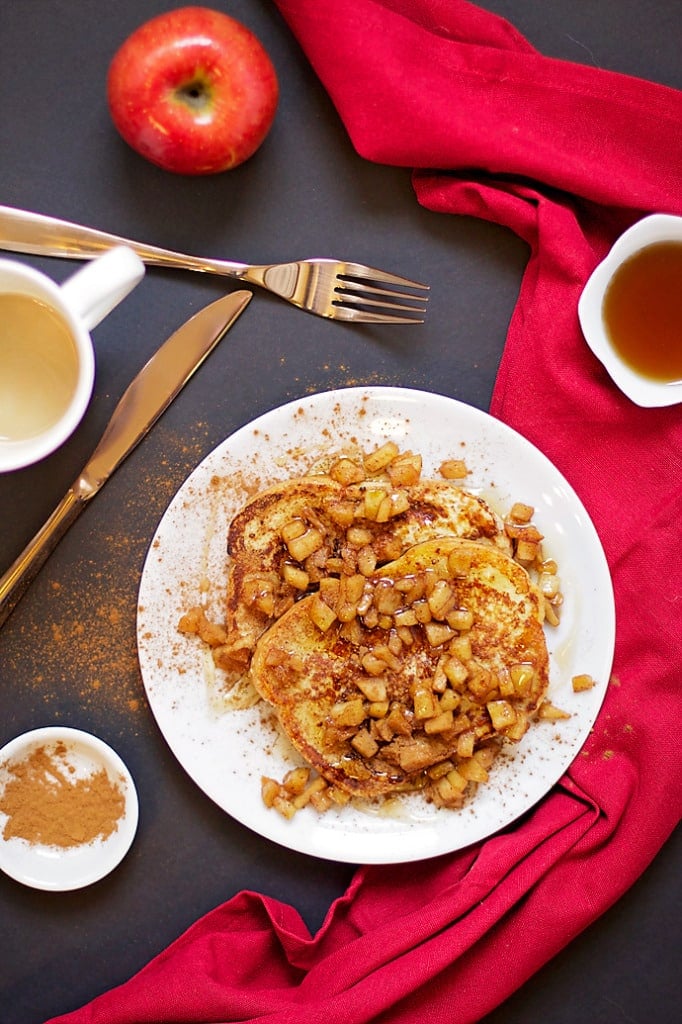 I’ve decided that I should just change the name of my blog to B.Britnell does Breakfast. I just really really love breakfast food. All things are possible with breakfast and I love it!

It took me making this french toast multiple times before I finally summoned the self control to photograph it before shoving it all in my face. What can I say, I just really love breakfast!

In other news, I’m experiencing an editing overload right now! I have something like 3,000+ pictures to sort through and edit. My computer is also in overload and forcing me to finally spend some time transferring a ton of files over to my external hard drive. But, it’s all exciting things. I have a wedding and several family shoots that I’m working on right now (plus tons of food, duh) and hope to get them fully edited by the end of my Thanksgiving break. So, if I’m not in the middle of  eating a Thanksgiving feast, you can find my glued to my computer, catching up on podcasts, drinking hot chocoffee, and editing away! 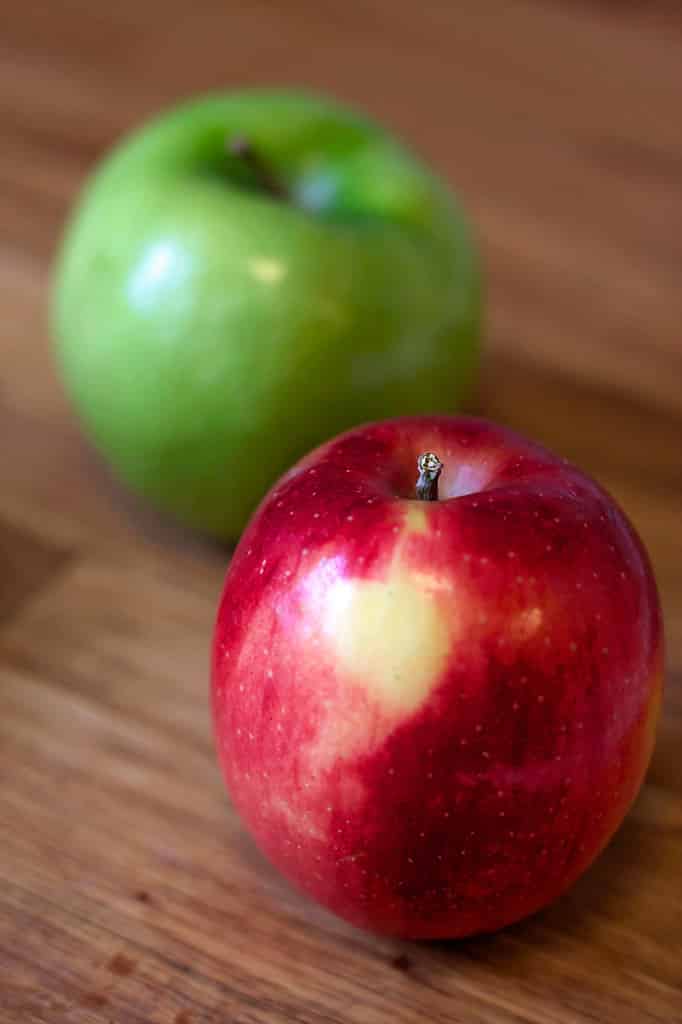 You know what I never did this year? Go to an apple orchard. I talked about it for weeks but then never got around to it. Next year!! So, these apples are from Kroger. Alas.

This french toast is much easier than you would think. Basically, just dice up an apple and throw it in a pot with some sugar and some spices. While that’s cooking, make french toast as usual. Throw it all on a plate and BAM! Apple Pie French Toast amazingness! 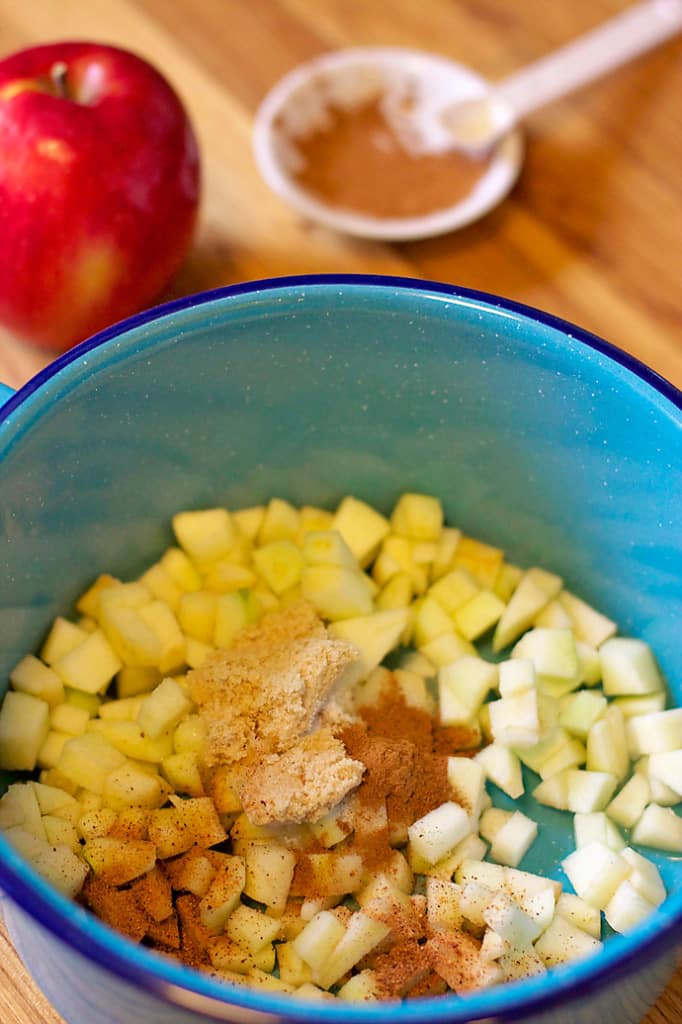 Remember earlier this year when I made Mini Apple Pies for a friends blog? This recipe is that, minus any crust, and on top of French Toast. 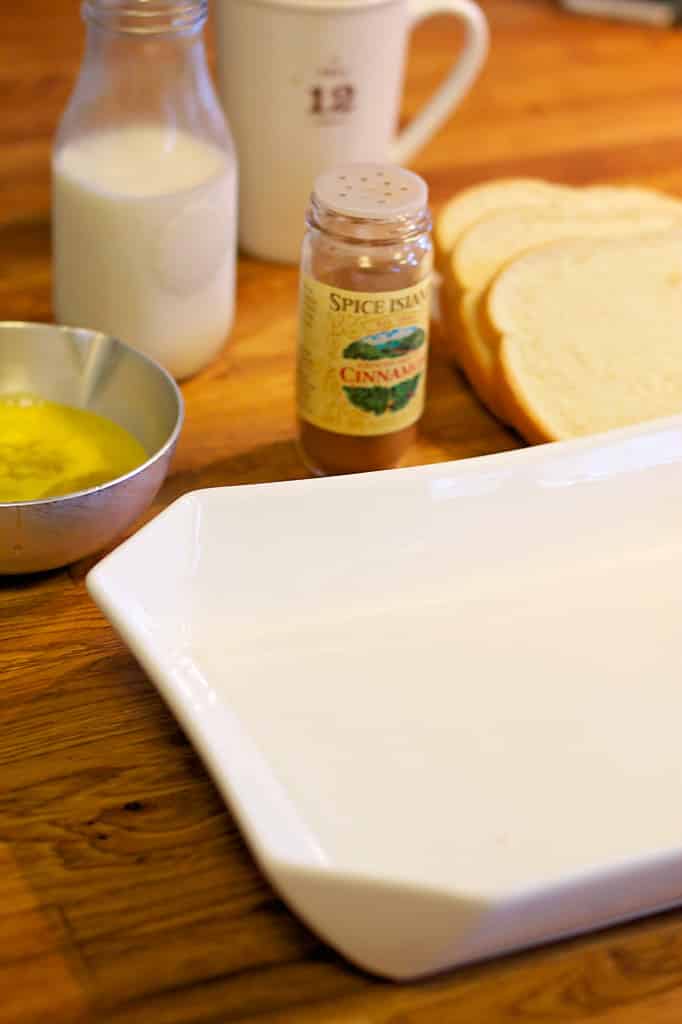 If you don’t make french toast all the time, then you’re doing something wrong. It’s SO easy.

I actually never measure anything when I do this but I’ll do my best to give you accurate measurements. Eggs are whisked and combined with milk and a bunch of cinnamon. 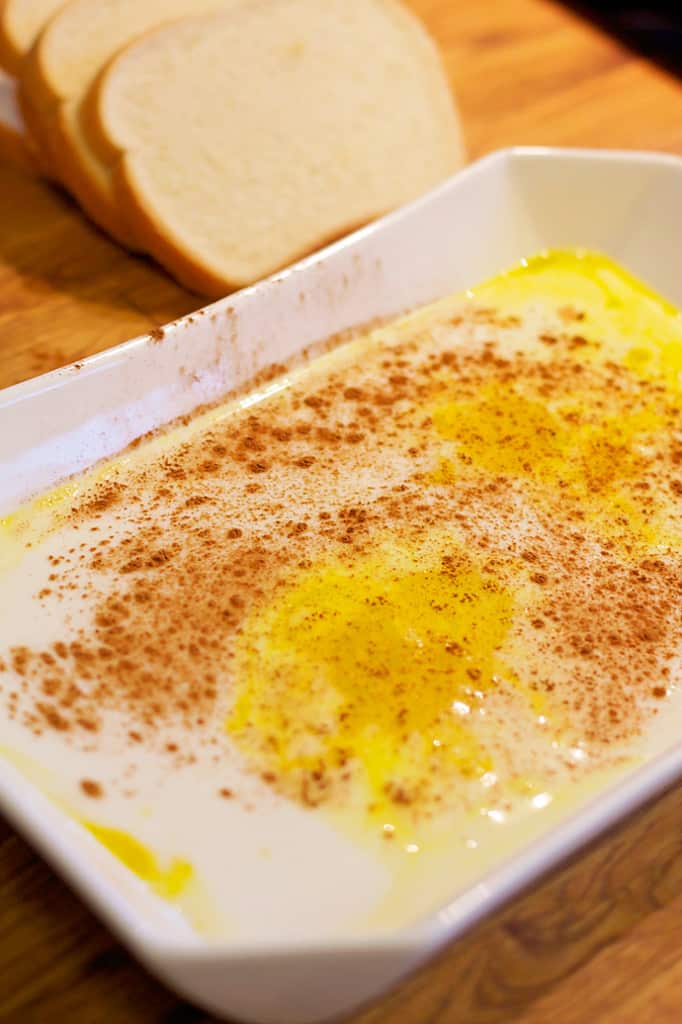 The bread is dipped, both sides, into the milk/ egg mixture and fried up in a greased skillet. 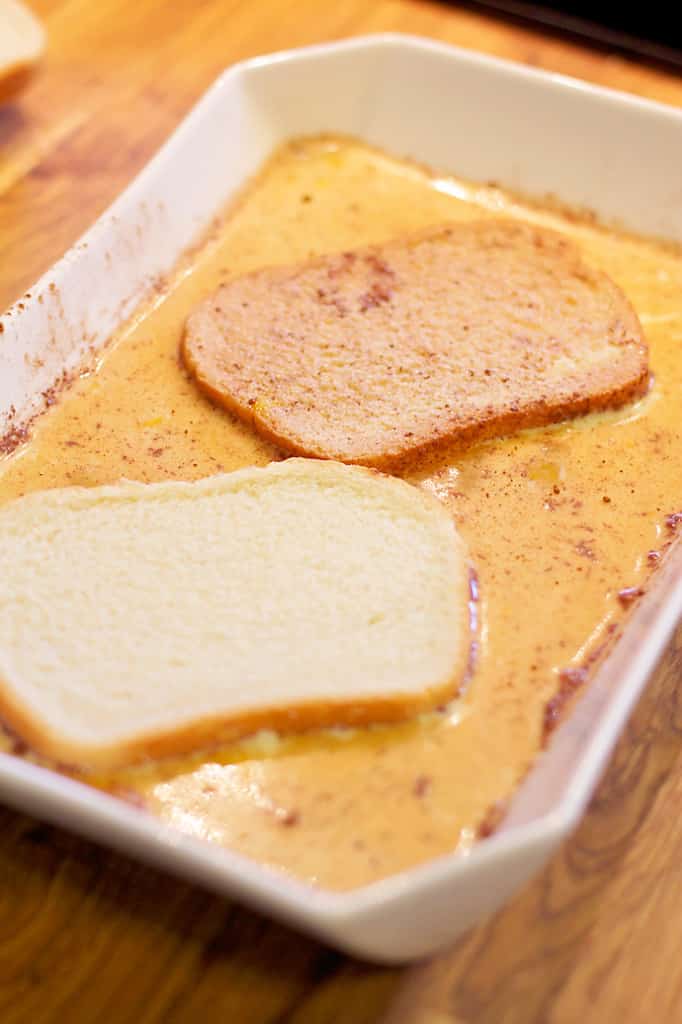 By the time that your 4 pieces of bread are now french toast, your apples should be ready.

Simply plate the toast and then top with apples. SO good. 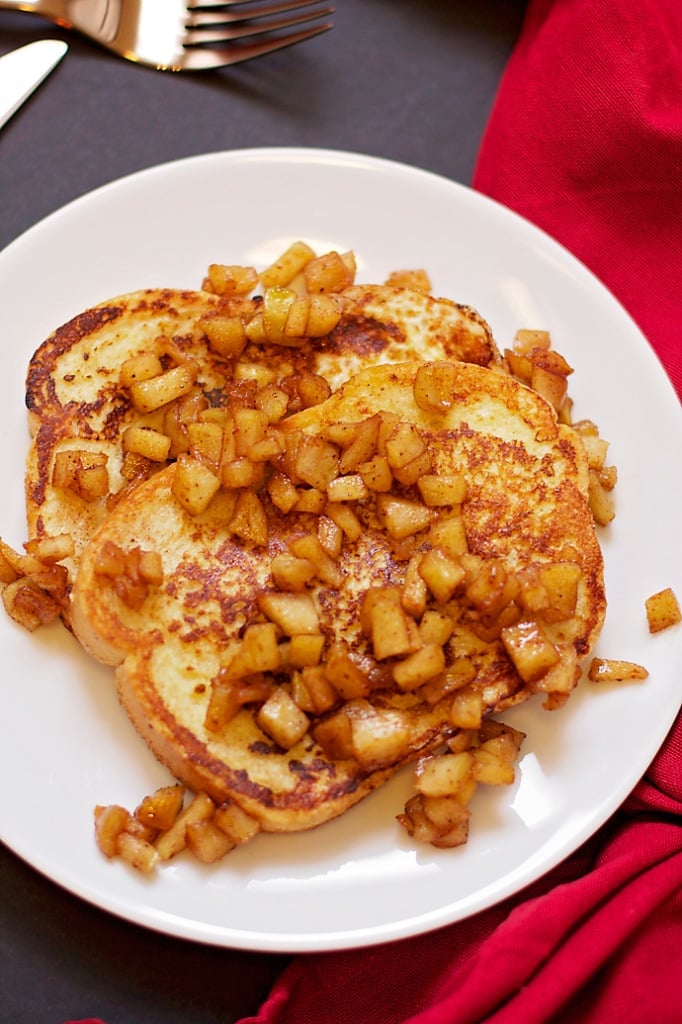 Add some extra cinnamon (of course) and a good dose of maple syrup. 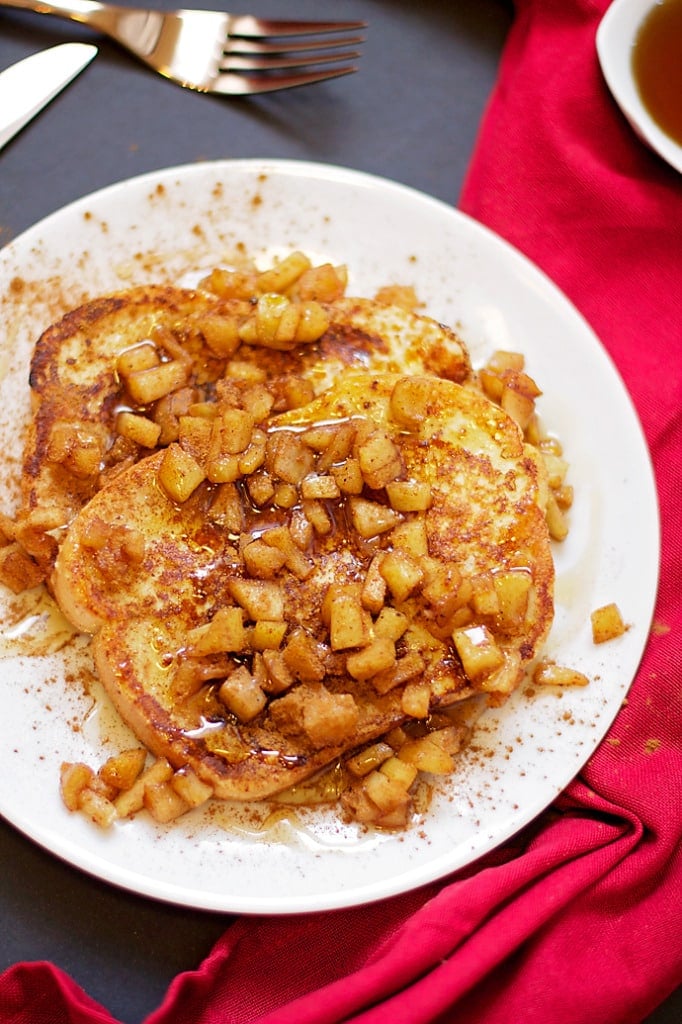 And there you have it: I’ve finally justified eating pie for breakfast. :) 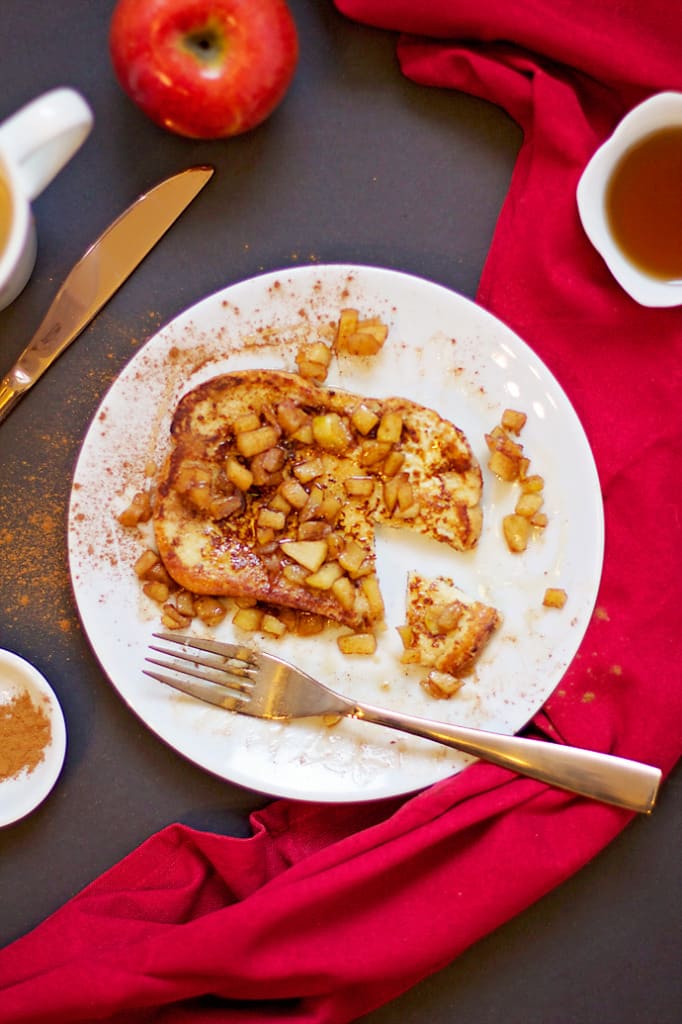 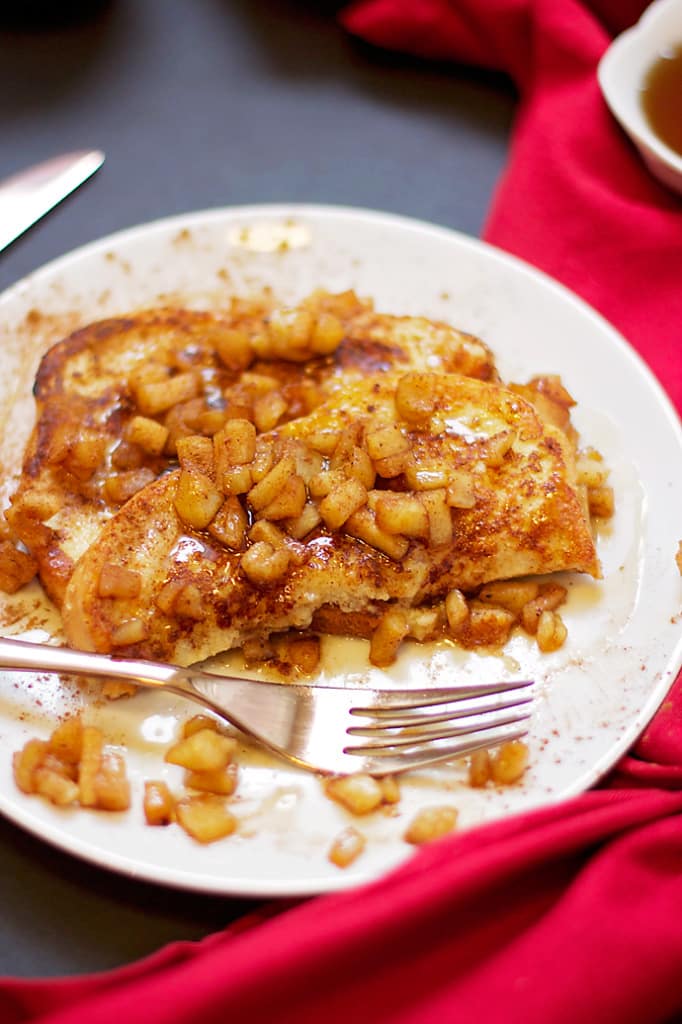 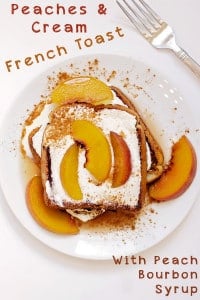