Home » Uncategorized » How to Keep Dogs Out of Your Garden

How to Keep Dogs Out of Your Garden 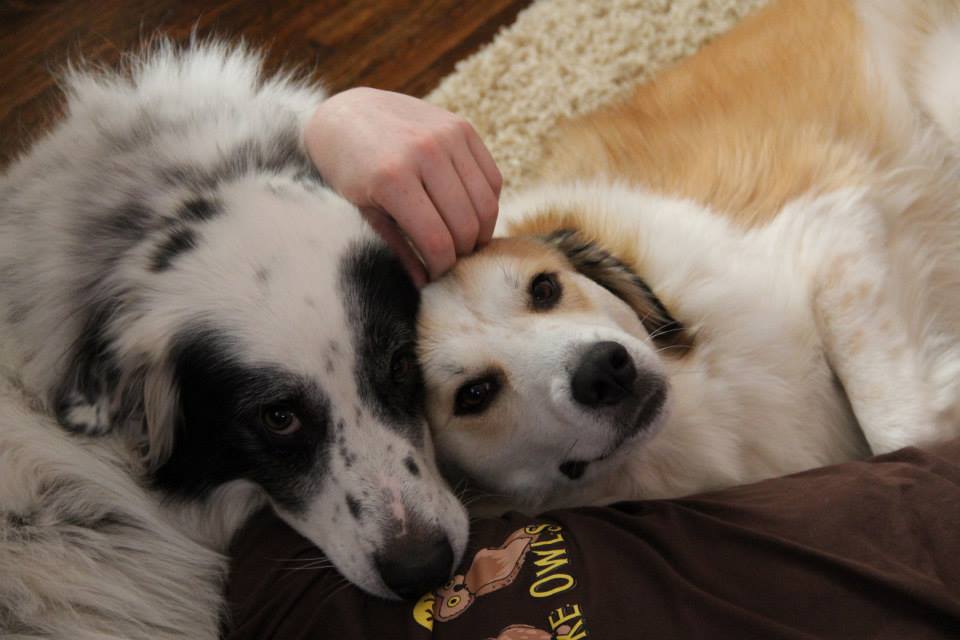 One thing that I discovered very soon after building my garden beds was that my dogs LOVE them, possibly even more than I do. They love chasing each other around them, they love leaping over and on top of them, they love digging in them, and Zorro LOVES to pee on them. After the loss of several plants and many giant holes later, I knew I had to figure something out to keep my garden alive and my dogs OUT. No plant of mine can sustain an 80 pound dog repeatedly leaping on it. Sigh.
DISCIPLINE:
First I thought about just trying to teach them that they aren’t allowed in the garden. This kind of worked and at the end of the day, my dogs know they aren’t allowed in it. But, that does NOT deter them from excitedly leaping across the garden while playing or fervently trying to catch that squirrel (if only I could make them see that they’ll never ever catch that darn squirrel).
REPELLENTS:
I also read a lot about safe repellents, like these, that you can put in the garden to keep your dogs from wanting to go near it. I am 95% sure that this would not work on my breed of dogs. I didn’t even bother with this one. I know my dogs too well.
FENCE:
So, I knew that I needed a physical barrier to keep them out. I looked up a few different options but most of them were so bulky and not very aesthetic. I take a lot of pride in my garden and the last thing I want is for it to be completely surrounded by chicken wire. I thought about using something like this to put around the outer edges of the beds:

This would have been more money than I wanted to spend and not really what I was looking for. I decided to see if I could use things sitting around the house to make this work. I ended up using old garden poles and bamboo placed in each corner of the beds. 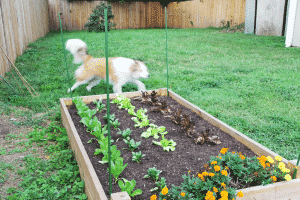 Then, I just wrapped a few layers of twine around the poles making a simple little fence. I knew it wouldn’t really take much to keep them out. Really, they’re pretty lazy and can’t be bothered having to maneuver through anything. 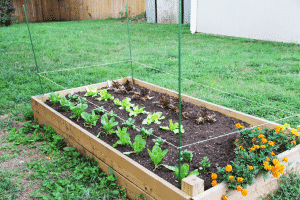 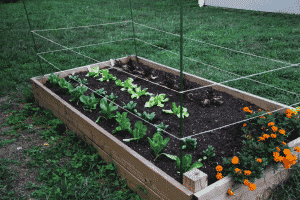 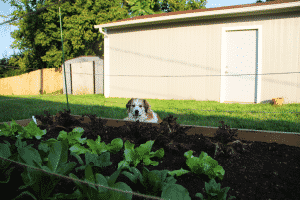 I like this method because 1) it works great 2) it’s super easy to do things in the garden with it there and 3) it’s very easy to move if I need to. Just take a pole out of the ground and that whole side of the “fence” is out of the way. I’ve used this kind of fence for the past year and it’s worked great. There was just one casualty involving Zorro and a cucumber plant. No worries though: all living creatures turned out okay.

Maybe one of these would work as well? :)

One Comment on “How to Keep Dogs Out of Your Garden”