How to Make Apple Butter 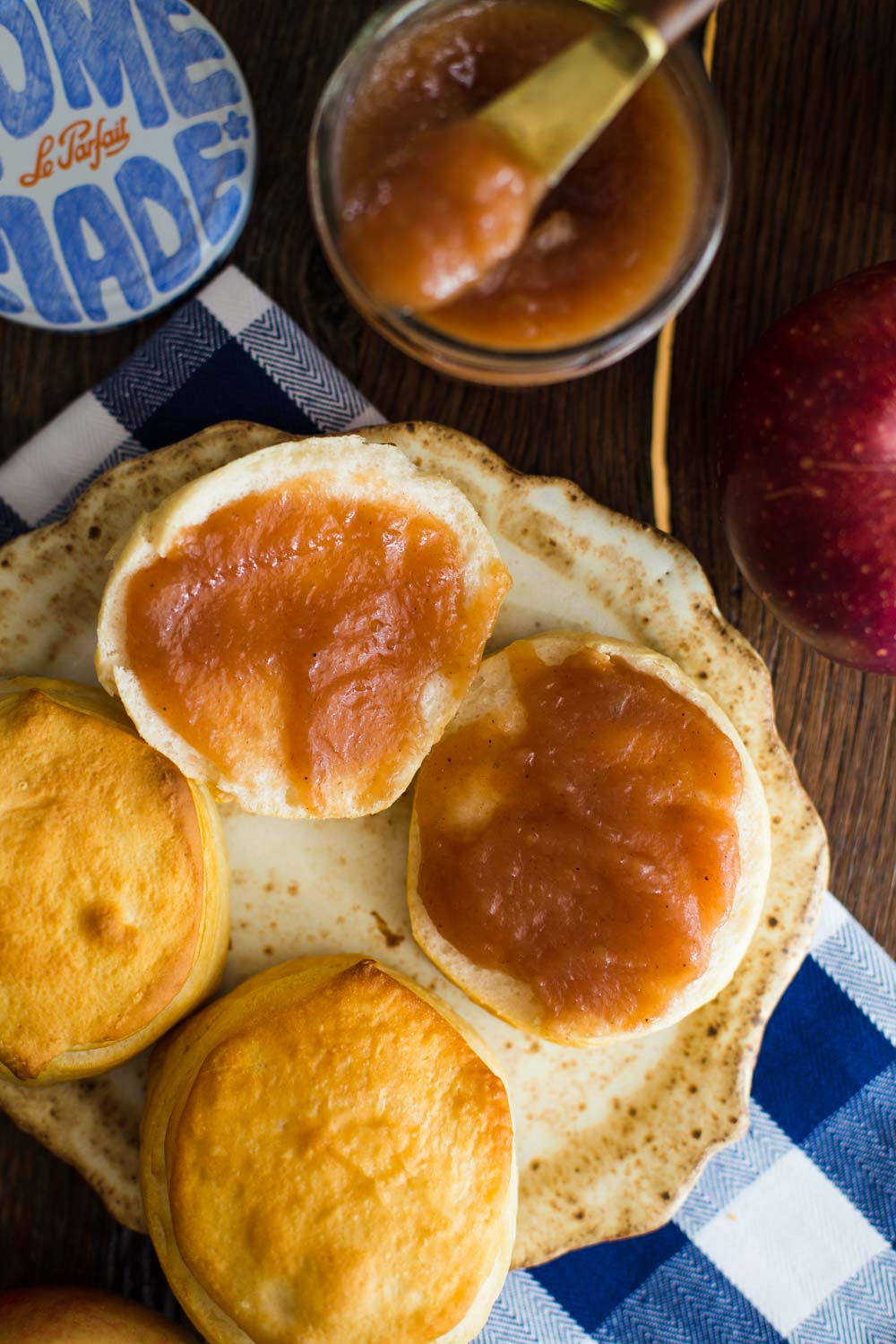 Guys! My diet lately has consisted LARGELY of apple cider and this Homemade Apple Butter and I simply couldn’t be happier about it. I’ve been telling myself that I wouldn’t miss apple picking season this year but then life happened, my go-to orchard here in Nashville closed down (womp womp) and I just didn’t make it happen. I mean, it’s technically still apple picking season but I’d have to find a new favorite orchard and….more excuses. 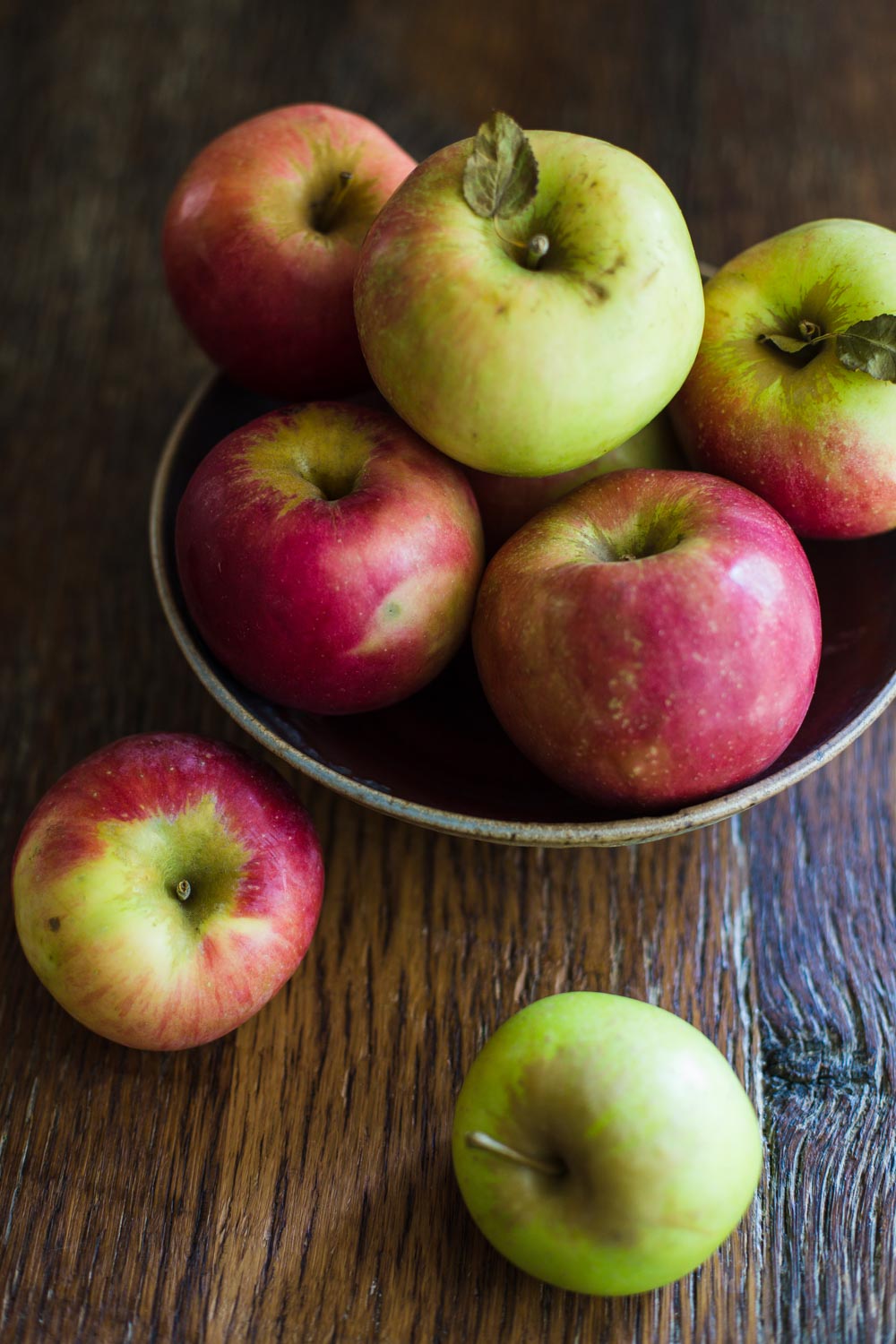 SO, our featured apples today are courtesy of a local Tennessee farm via the farmers market. The Nashville Farmer’s Market is within walking distance to where I work and it’s on my direct route home so I try and stop there quite often. Right now, as you can imagine, it’s filled with all of the best parts of Autumn: pumpkins and squash and TONS of apples. I got a whole bushel of apples for just $14. A bushel is really more than any one family of 2 can ever consume BUT I’m just trying to prepare us for the coming years when my 3 apple trees will (hopefully) be producing TONS of apples.

And at that point, it is my intention to make and jar apple butter every. single. year. I can’t wait :) 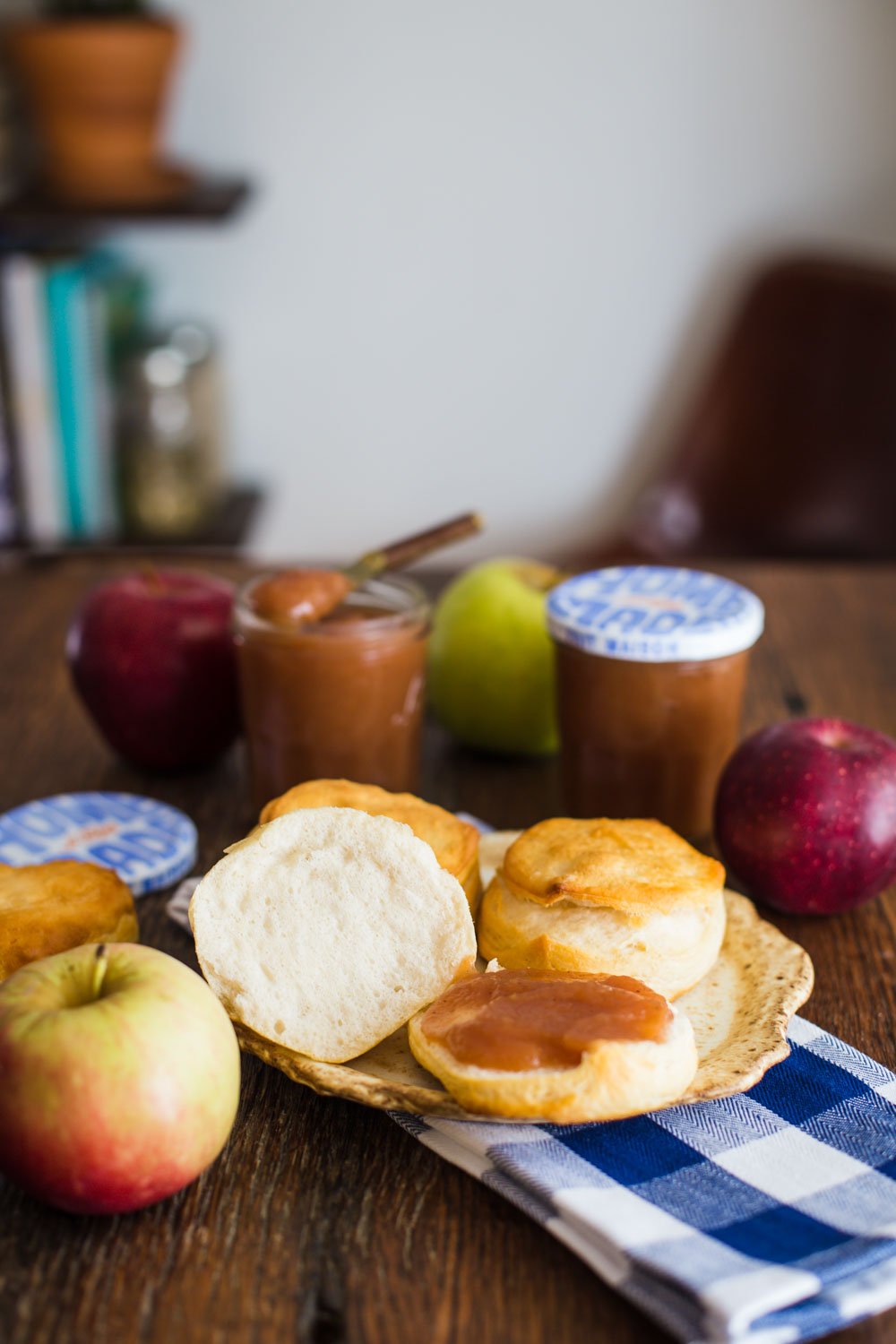 So yea, Homemade Apple Butter. Have you ever made it? Turns out, it’s ridiculously easy to make! The most time consuming part is simply  peeling and slicing the apples. From there it all just simmers in a pot for about 30 minutes and THEN hangs out in the oven for 3 hours. 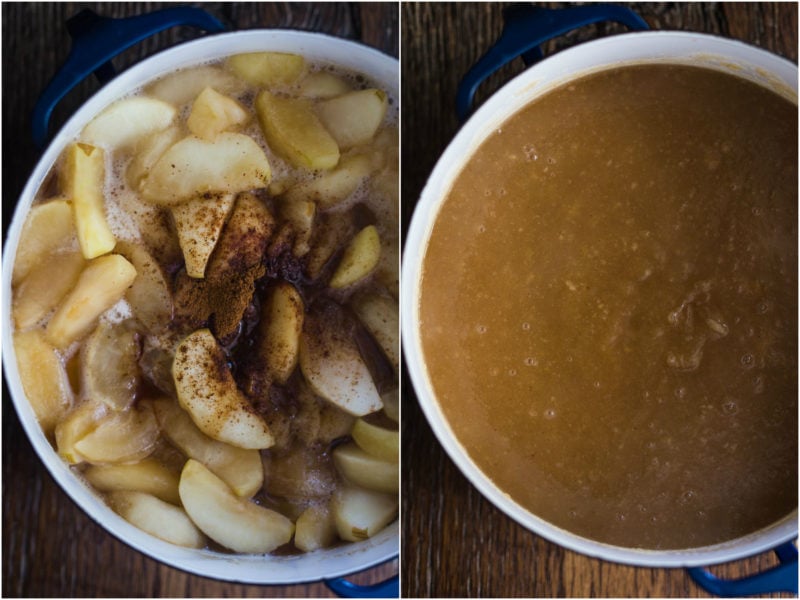 For the first couple of hours you’re going to think that you’ve created nothing but really tasty apple sauce, but in the last hour (or maybe a bit more depending on your apples and your oven) it really thickens and turns into the yummiest, buttery jam that you ever did have! So far I’ve only managed to eat it on top of biscuits BUT I plan to spread it on some waffles this weekend. I’ve also been told that it makes a delicious substitute for jelly in a PB&J. I’ll have to be the judge of that (I’ll report back my findings). 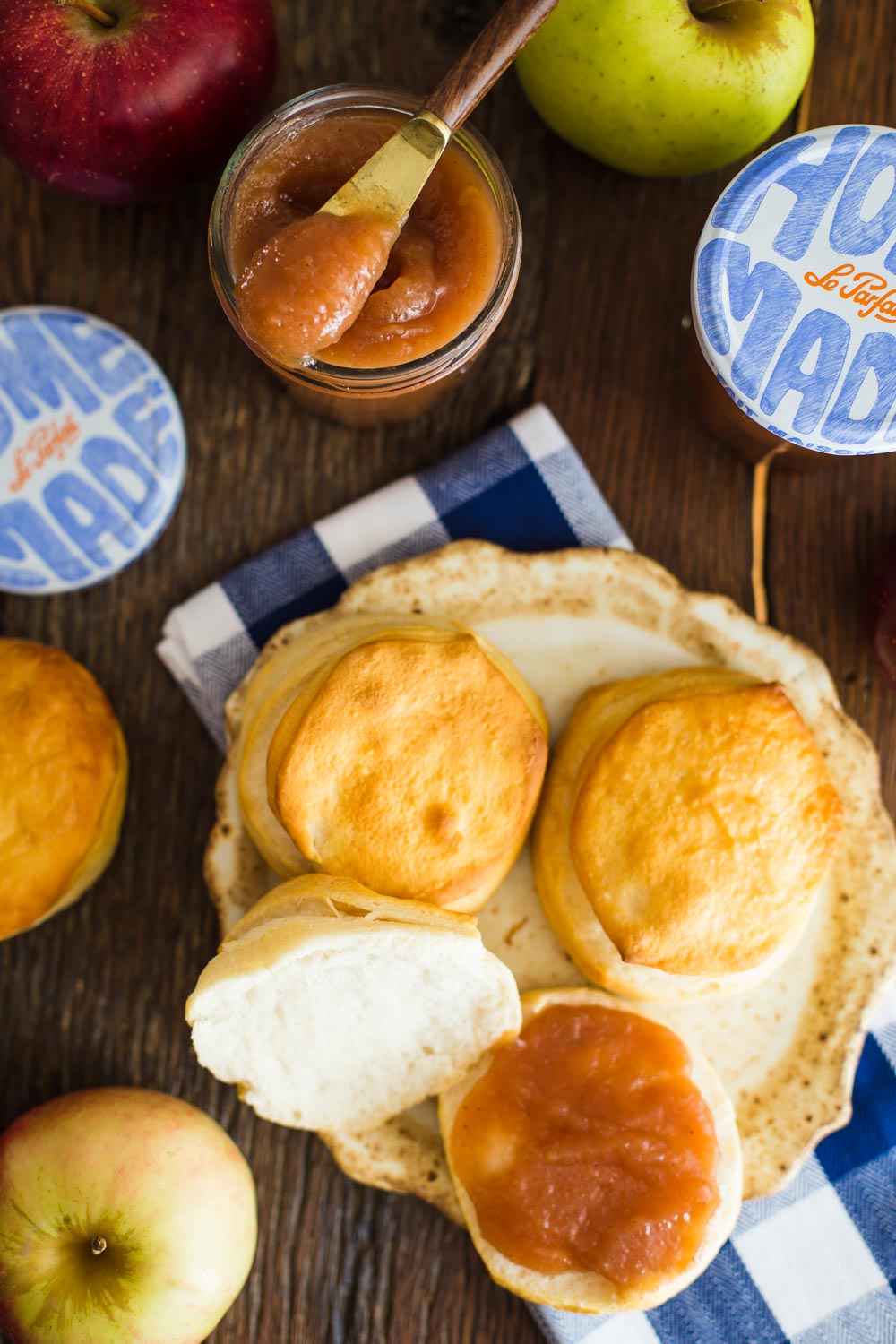 **I used Ida Red apples with a few Cortland thrown in as well. You can use a variety of different apples and you can use several different kinds of apples in one apple butter recipe. Other varieties that work well: braeburn, Cortland, Fuji, grimes golden, jonamac, liberty, and McIntosh 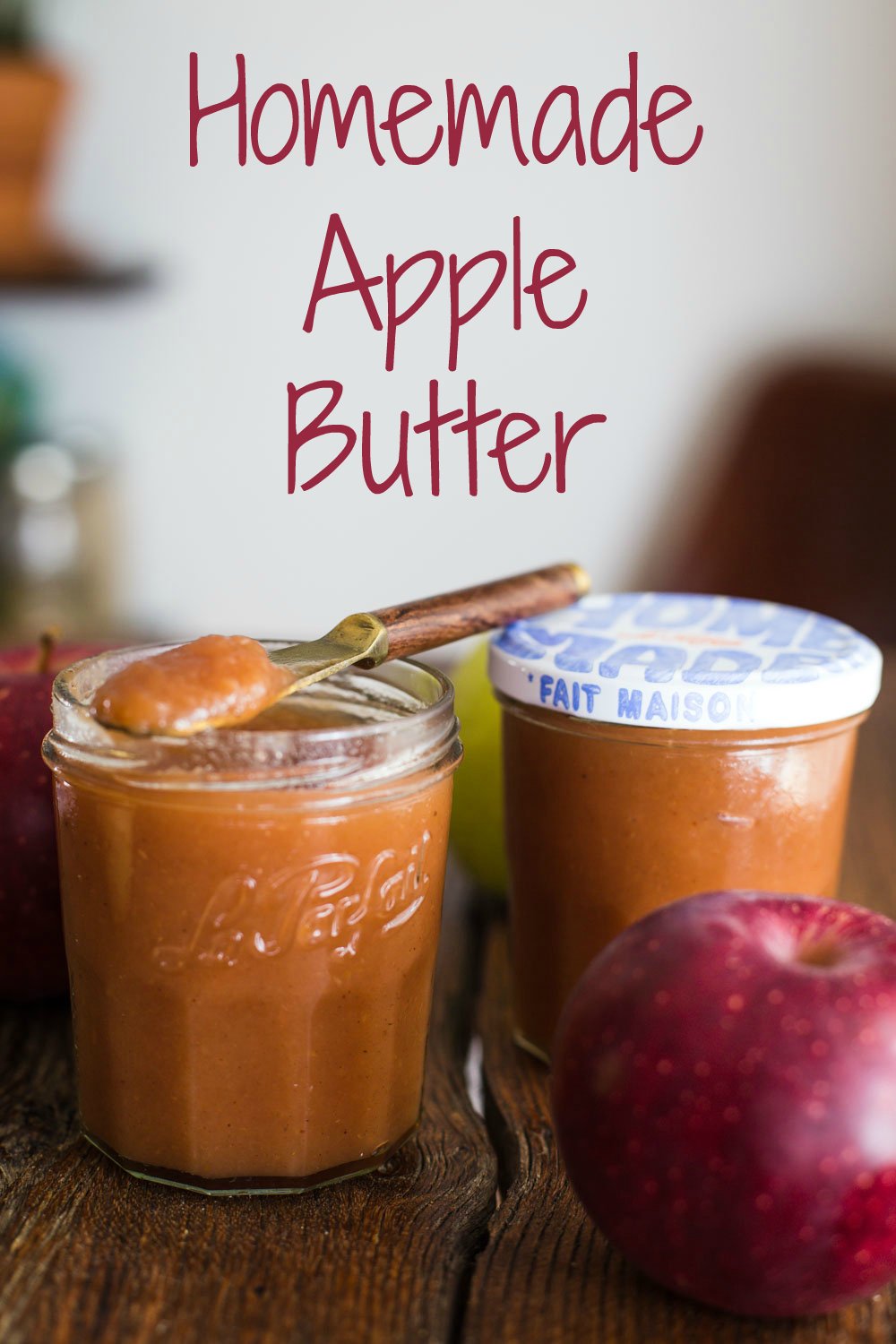