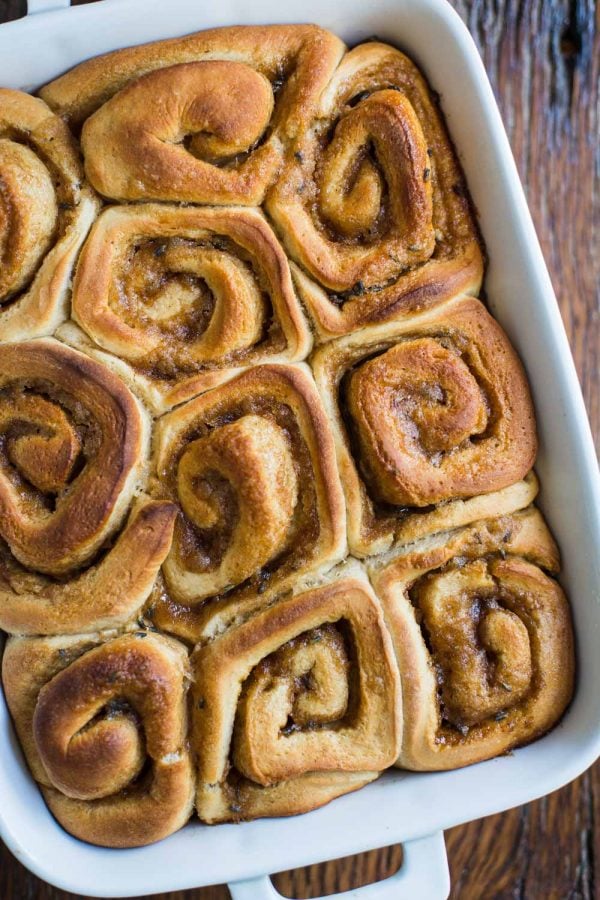 There once was a time when every. single. Monday. morning. here on B.Britnell started with a breakfast recipe. That was until my breakfasts consisted mostly of a giant smoothie or a huge bowl of fruit/granola. My bfasts, while still filling and delicious, are pretty boring these days. So, I thought it was time to mix it up a bit and share a super yummy and fun breakfast recipes with you today. Welcome to the world THESE Vegan Lavender Cinnamon rolls!!!! 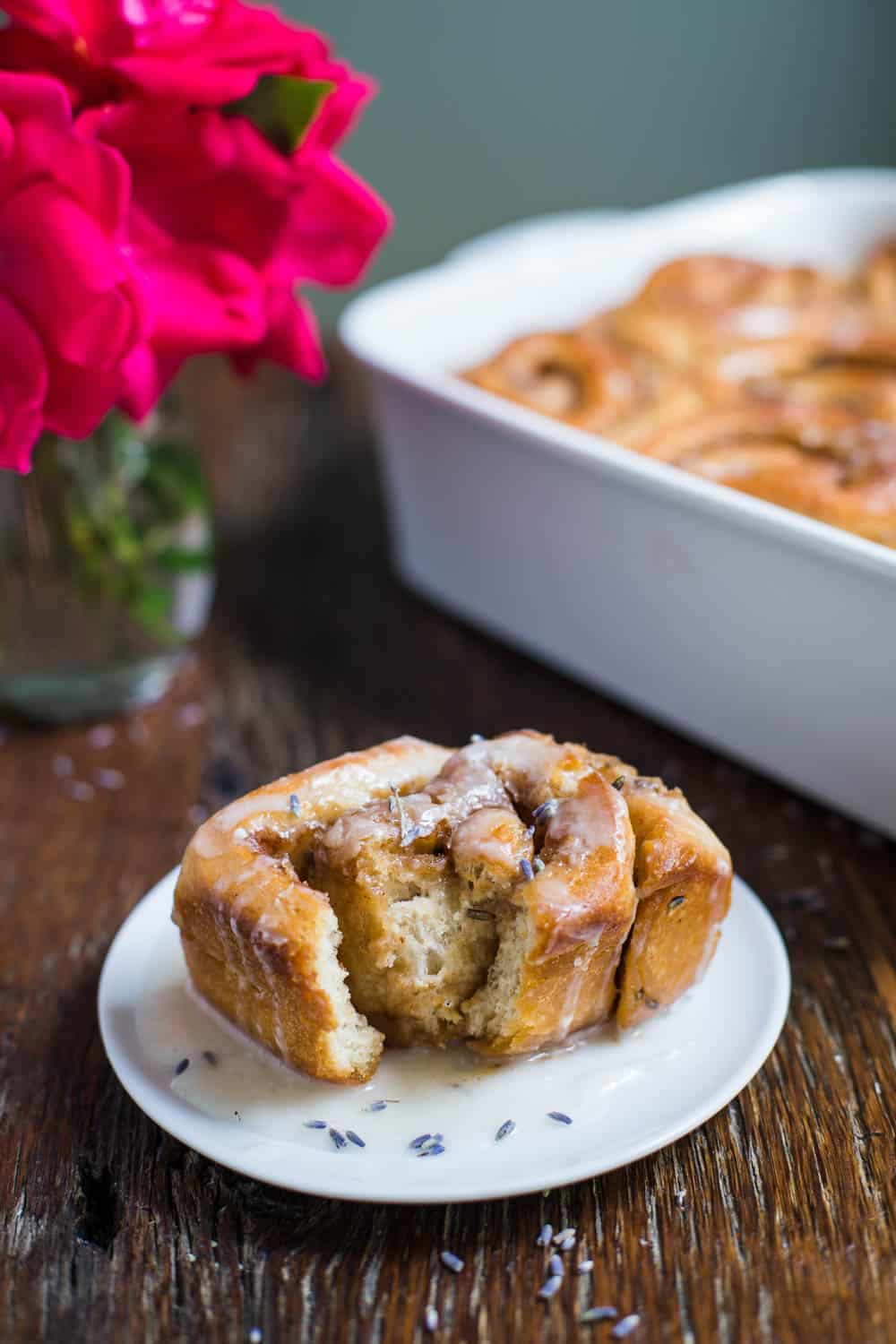 I bought a little packet of dried lavender at World Market about 6 months ago and I’ve just been holding onto it until the right recipes came to mind. I think my logic was that I really wanted to make and post cinnamon rolls BUT the world already has a ridiculous amount of cinnamon roll recipes. So, I changed it up a bit.

I’m a pretty big fan of the end result!

Because I wanted them to be gluten-free, I used THIS 1 to 1 gluten free flour that I’ve been LOVING from Bob’s Red Mill (not a sponsorship…I just love their products). All-purpose flour would work just as well, though.

The ingredients are mixed together, the dough is kneaded, and eventually left to rise. 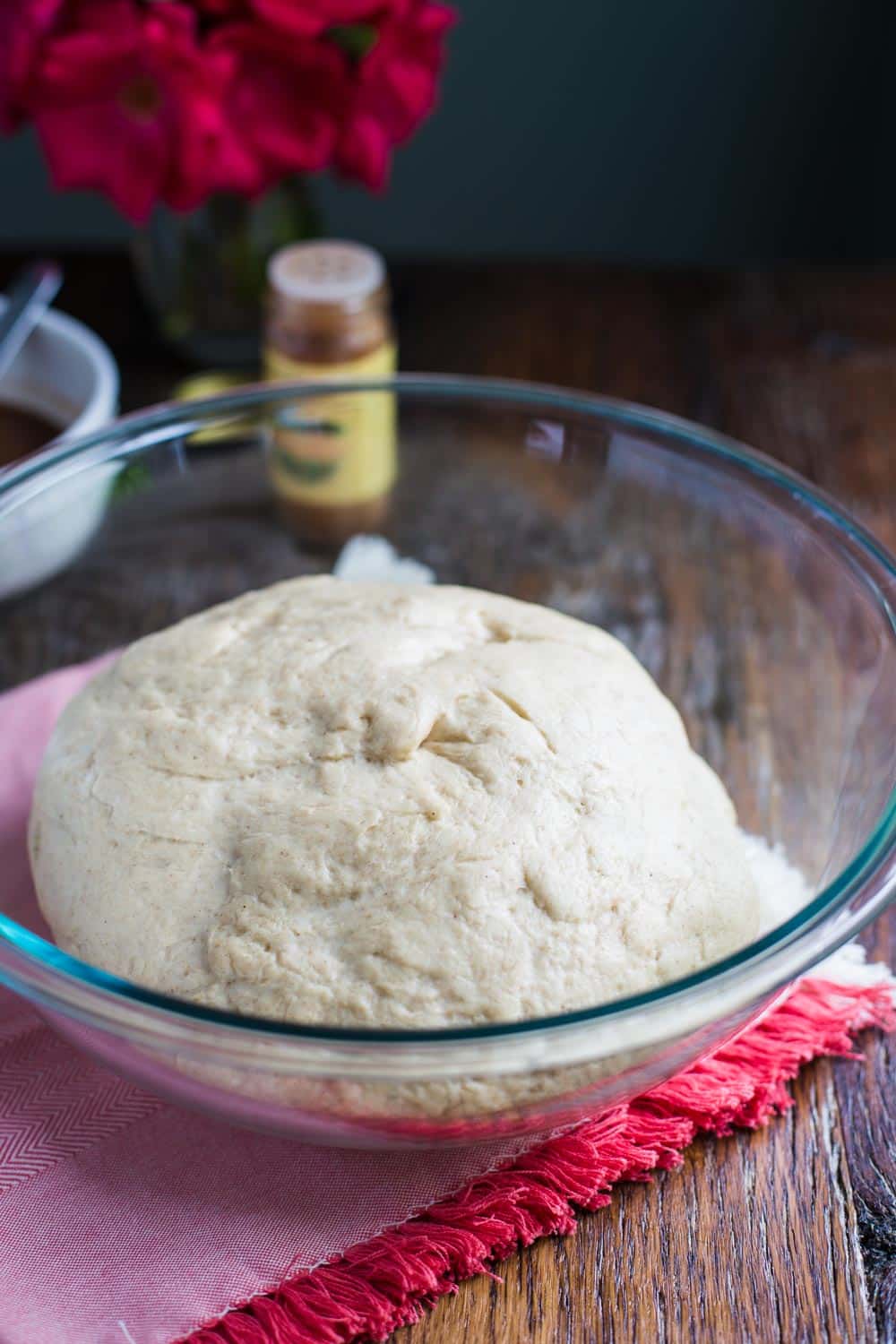 The big ball o dough is then punched down a bit to ensure that it knows its place in the world. 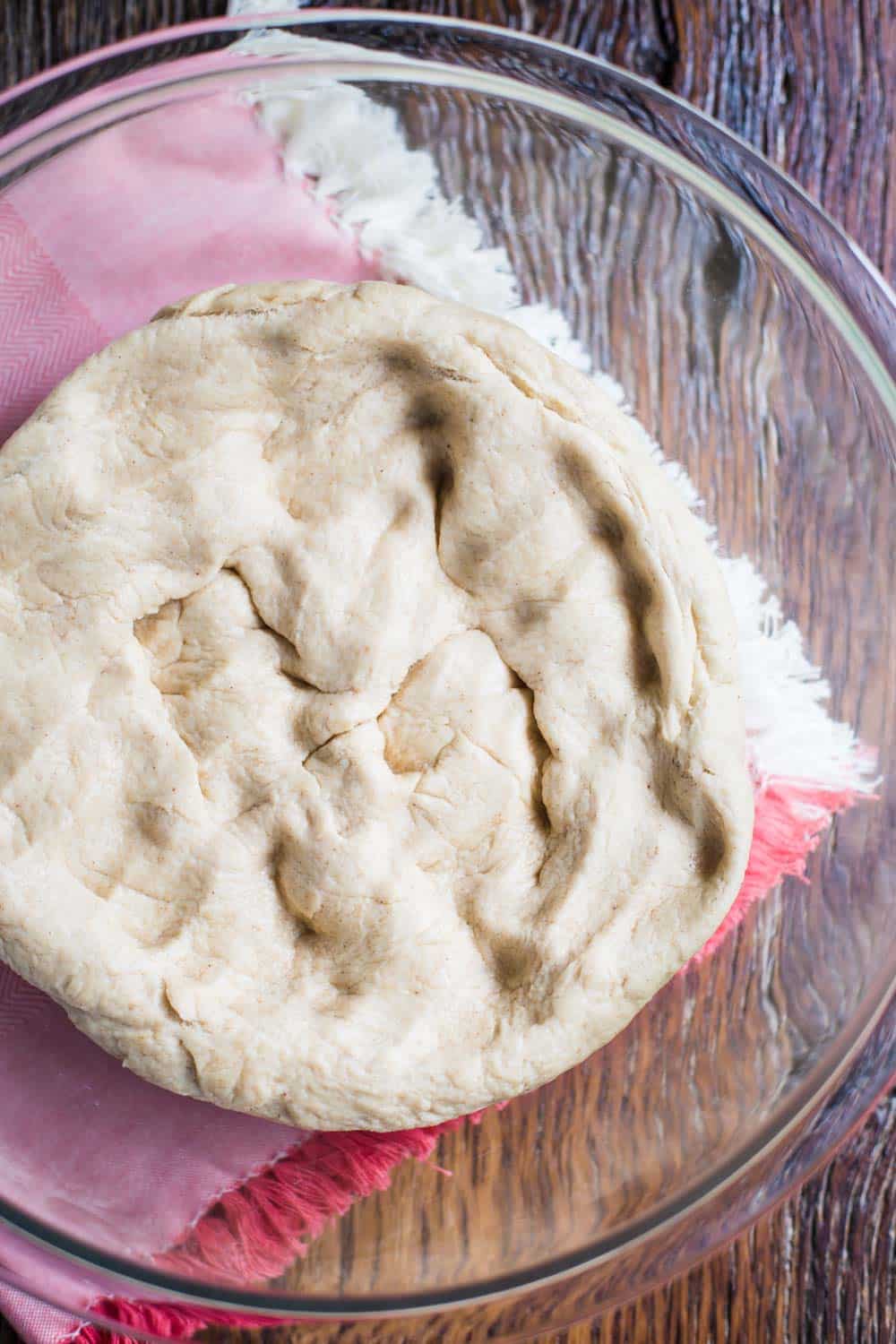 Then it’s rolled out and topped with sugary cinnamon yumminess. Like so:

All that’s left now is to simple cut the dough into slices, let them rise for a second time, and then bake em up. 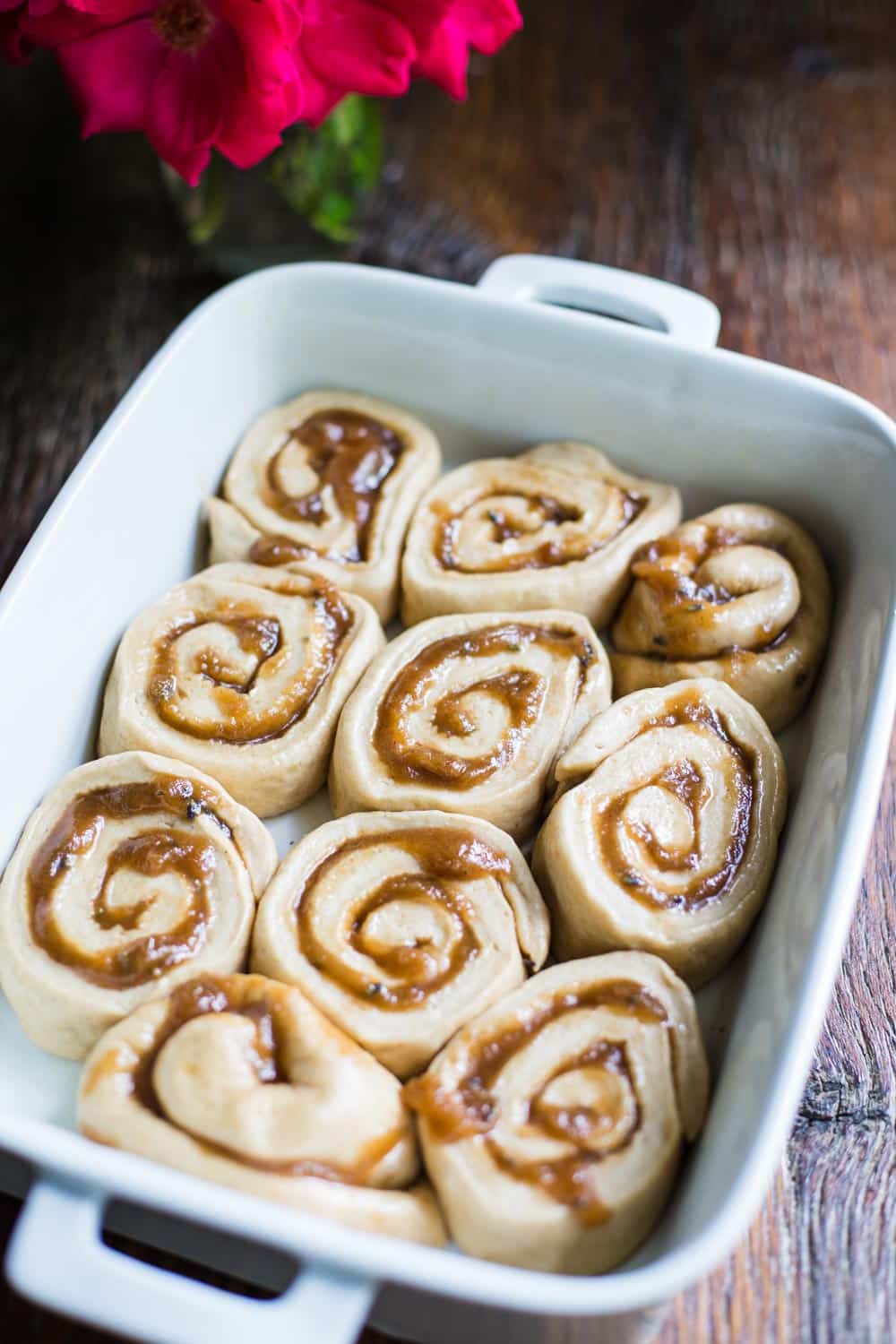 After all the rising, luckily these only need to bake for about 15-20 minutes. (thankgoodness!) 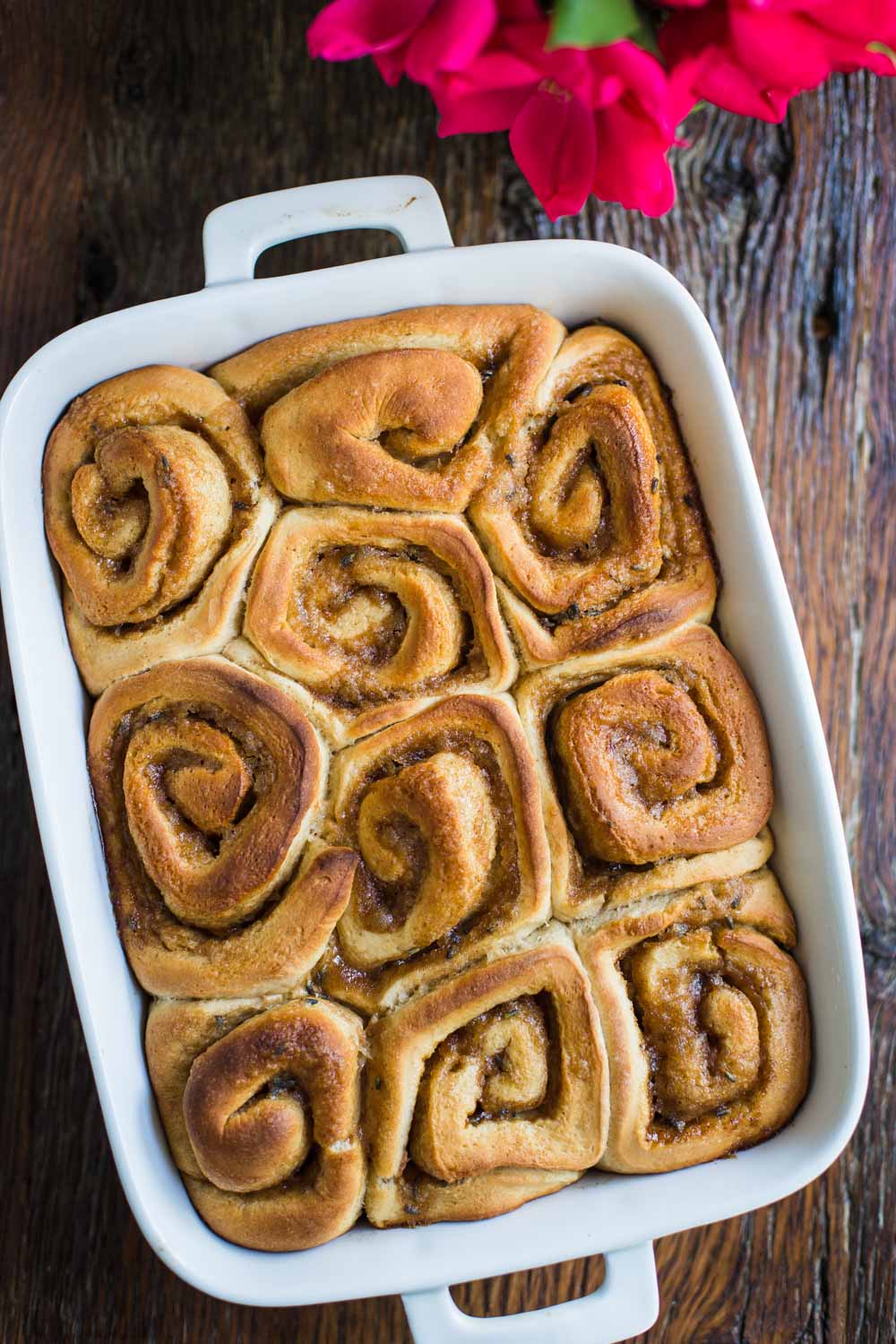 Oh yea, and then we obviously have to cover them in a bit of icing, right? 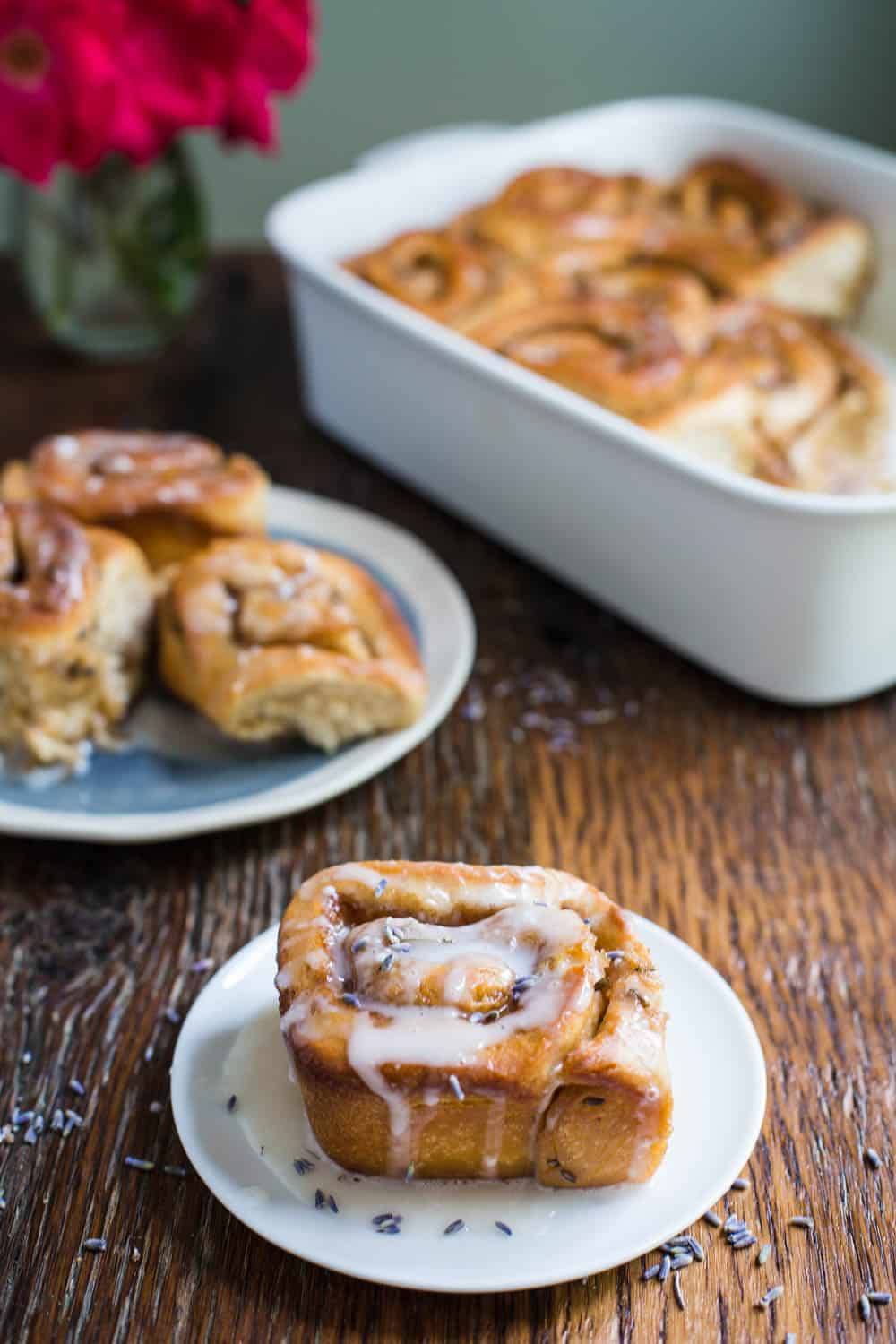 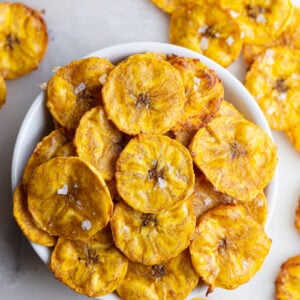