When I first dove into the world of blogging I often saw the “Liebster Award” around and wondered what that was all about and if my blog would ever win some cool award one day. And then just a few months into blogging the amazing Ashley over at The Grits Blog nominated me for just this award! I saw the tweet as I was getting ready for work and it totally made my day! And then, as things sometimes go with me, I kept forgetting to blog about it and then completely forgot about the whole thing until I was nominated AGAIN today by Jenni at Tales from Bottomley Cottage.

Both nominations came with a set of questions and I am going to answer ALL of them now. 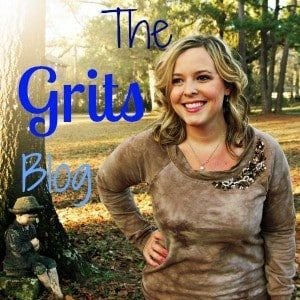 This blog is wonderful and has a little bit of everything! Not to mention the fact that she’s the coolest chic ever and has become my bestest blogger friend. It’s nice having a buddy I can email when blogger is freaking out and I can’t get it to do what I want.
Ashley’s Questions:
1) Where do you see yourself in 5 years?
This is a hard question. I’m gonna say in an awesome promotion from where I am now, still working somewhere in Tennessee state government. I may or may not have a kid. I don’t really want to think about that last part yet.

2) What’s your favorite makeup brand?
I used to buy EVERYTHING from Mac. I mean, everything. This was mainly due to the fact that I once went in and had a makeover and then just bought exactly what the guy told me to buy. I’ve branched out a lot more recently and have really fallen in love with Rimmel London!

4) What is your favorite part of the day and why?
Hhhmmmm. This depends on the day of the week. Typically I would say the morning though. I love the quiet and the calm before the storm of the day. I only wish I had more time to enjoy it before rushing off to work most days.

5) Do you enjoy partaking in frozen yogurt (or fro yo as I call it)? If so, what’s your favorite flavor and topping combination?
I LOVE FRO YO! :) I’m the kind of girl that gets the exact same thing every time I go to a restaurant. Part of me wants to try new things but then the other part of me says “You know what you like! Don’t risk it.” However, this is not the case with fro yo. I almost always get a different flavor combination with all different topics. I blame this on the fact that I’m able to test out all the flavors before committing to anything.

6) If you could travel to any place in the world, right now, where would you go?
Egypt! Sometime recently I got it in my mind that I want to go to Egypt and now that all I can think about. It’s even on my 101 in 1001 list!

7) Which would you choose great hair or perfect makeup?
I think…I’ll have to go with…perfect hair. Mostly because I’ve never mastered the perfect hair style and I’m skeptical that I ever will.

8) If you had to decide between music or literature which would you pick?
Literature for sure! I was a philosophy major in college so I’m pretty much obligated to pick literature.

9) What’s your favorite guilty pleasure TV show?
I’m currently on a roll with the show “Don’t Trust the B—– in Apartment 23”. I have no idea what made me click on it in Netflix but it’s so dumb and fun! I’m almost all the way through the 2 seasons that are on Netflix.

I don’t remember how I stumbled upon this lovely little blog but I love it. It’s a wonderful dose of creative and chic. Jenni paints the most amazing watercolors (I LOVE watercolor) and even has her own Etsy shop. Check it out! 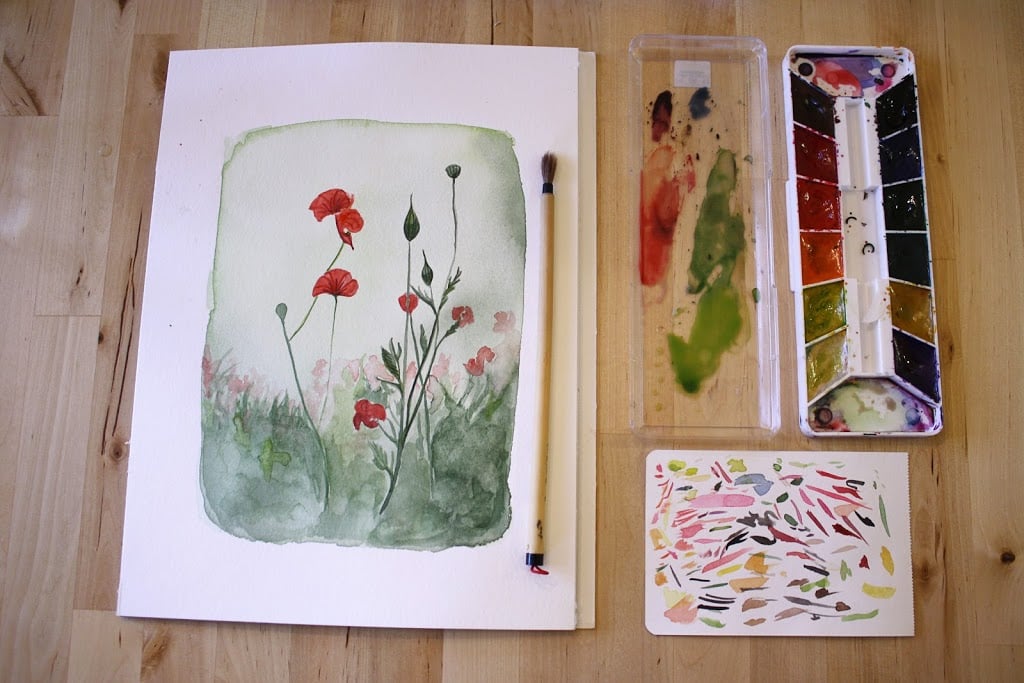 Jenni’s Questions:
1) Who is the most famous person you’ve ever met?
I met Obama a couple times when I interned in DC back when he was a nobody Senator. He’s pretty famous, right? :)

2) If you could play any instrument, which would you play?
Probably piano. I love the sound of the piano and even love how people look playing the piano. It’s beautiful.

3) Where (& what) do you most often find yourself singing?
In the car and right after getting out of the car. Whatever the last song was that I heard in the car is what I’ll likely be singing until getting back in the car.

4) What’s your favorite thing to do on a rainy day?
Catch up on photo editing and make something in the kitchen!

5) What’s your favourite childhood TV show?
I know this isn’t a TV Show but I was obsessed with ALL of the monthly Disney movies growing up. I still know all the words to Zenon.

6) When you were a kid, what did you want to be when you grew up?
Ever since I was about 10 I wanted to be a lawyer. Who put that idea in my head, I have no idea. This dream changed sometime through college when I realized that law school would be the death of me and I could do what I wanted to do without actually needing a law degree.

7) If you could live in one city for the rest of your life, where would you live?
Definitely Nashville. I love it here!! Washinton, DC would be a very close second though.

8) What is your favourite thing about the blogging community?
The community itself. I’ve met and chatted with some really wonderful people and I am SO thankful for that. I never imagined that making new friends would be a result of starting my blog.

My nominations are coming later this week :)