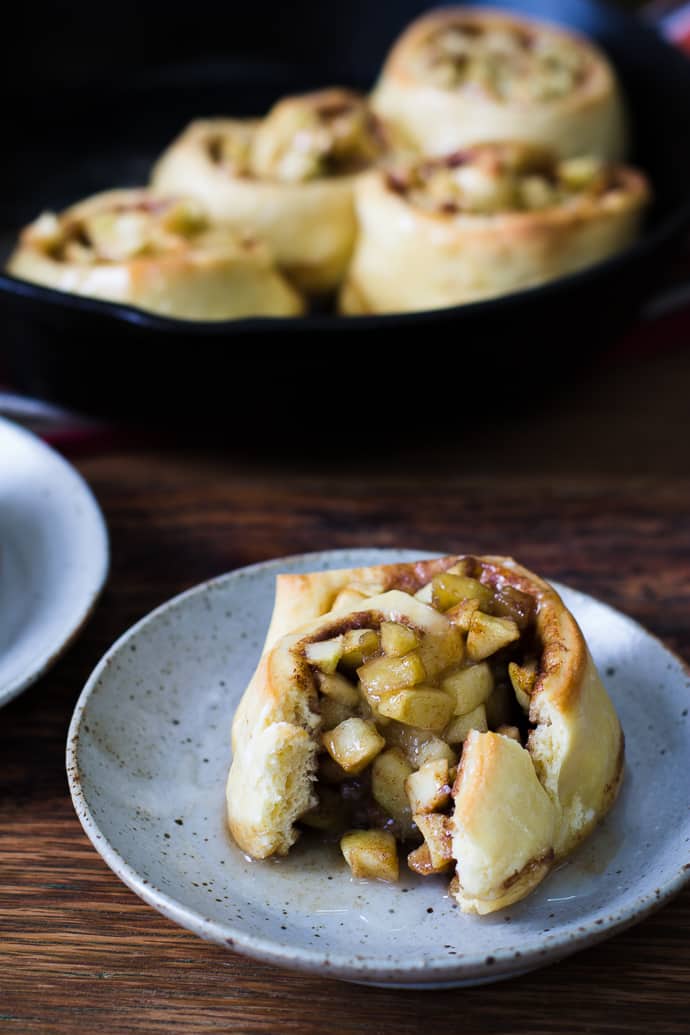 Well, it’s official. I have accepted the reality that is Autumn and even kind of embraced it, a little (even if it is still 90 degrees on some days here in Nashville).

I made lots of autumnal things in the kitchen this past weekend, such as these Apple Pie Cinnamon Rolls, and have been burning the hell out of some fall scented candles. Thanks to Bath & Body Works, my house now smells like 50 different variations of pumpkin including cranberry pumpkin (which happens to be burning next to me as I type), sweet cinnamon pumpkin, pumpkin apple, and just plain pumpkin pie. Interestingly enough, that’s only ONE THIRD of the pumpkin scents available at the store. I find this very interesting indeed. Maybe my house also needs the Pumpkin Pecan Waffles candle? No. But, maybe. 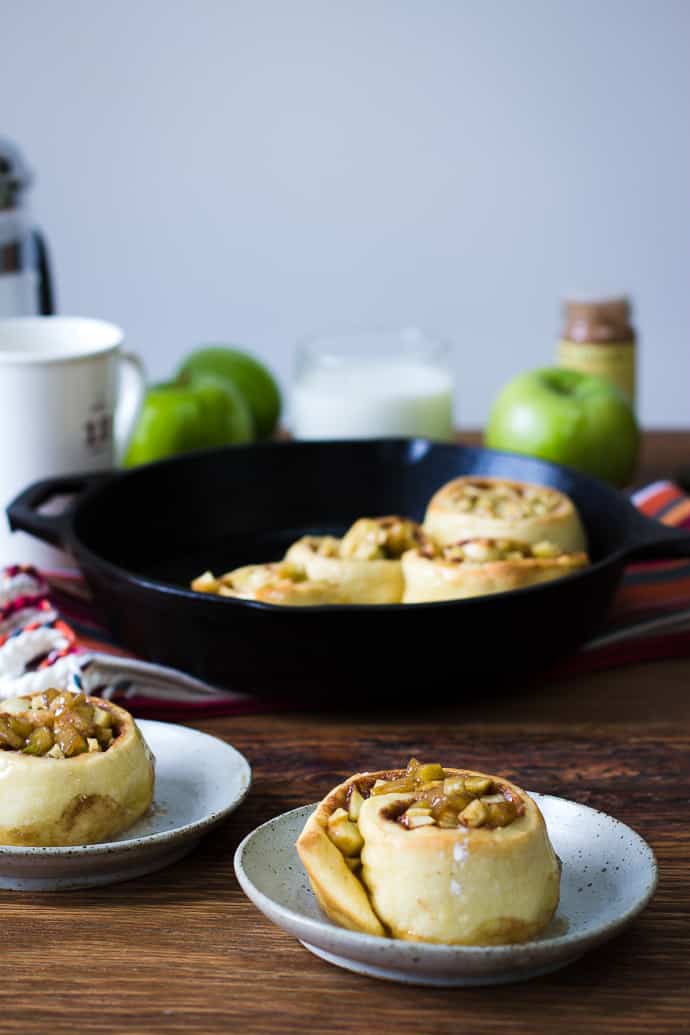 And just for the record (that I know all of you are keeping): none of those pumpkin scents are even my favorite for the fall. My favorite is Sweater Weather. That’s a candle. What are we talking about? I digress.

Oh yes, that’s right. We were talking about these Apple Pie Cinnamon Rolls! 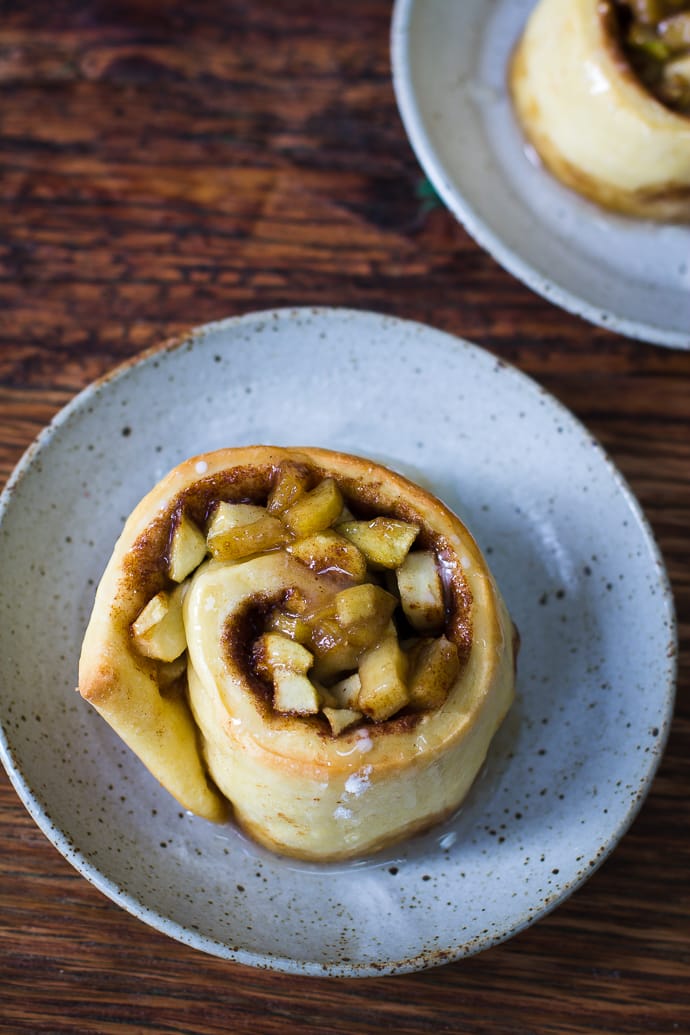 Last year I made Apple Pie French Toast and decided that 2015 needed its own Apple Pie themed breakfast recipe. I also decided that the apples for these cinnamon rolls should be hand picked, by me, from a local orchard. However, the apples you see are only from the grocery store since I ran out of time. But next weekend……me + an apple orchard are happening. 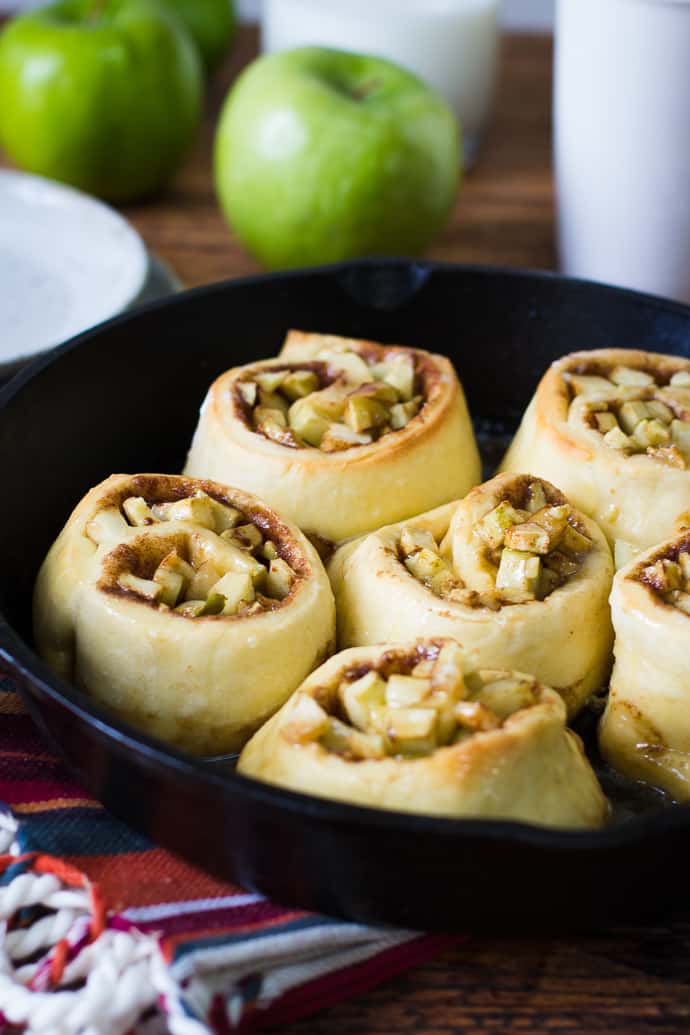 I also decided that I wanted these cinnamon rolls to be a bit quicker than usual. I simply don’t have time (or nearly enough patience) to wait for the dough to rise for 90 minutes. Who has time for that at 7 in the morning when you’re hungry and determined to pack lots of fun things into your Saturday?

So, for the base of this recipe, the dough part, I used Joy the Baker’s quick and dirty cinnamon roll recipe. I like it because not only is it quick but it also makes a slightly smaller number of cinnamon rolls than the average recipe. It makes 6 cinnamon rolls which is perfect for 3-4 people OR 2 realllllly hungry people. 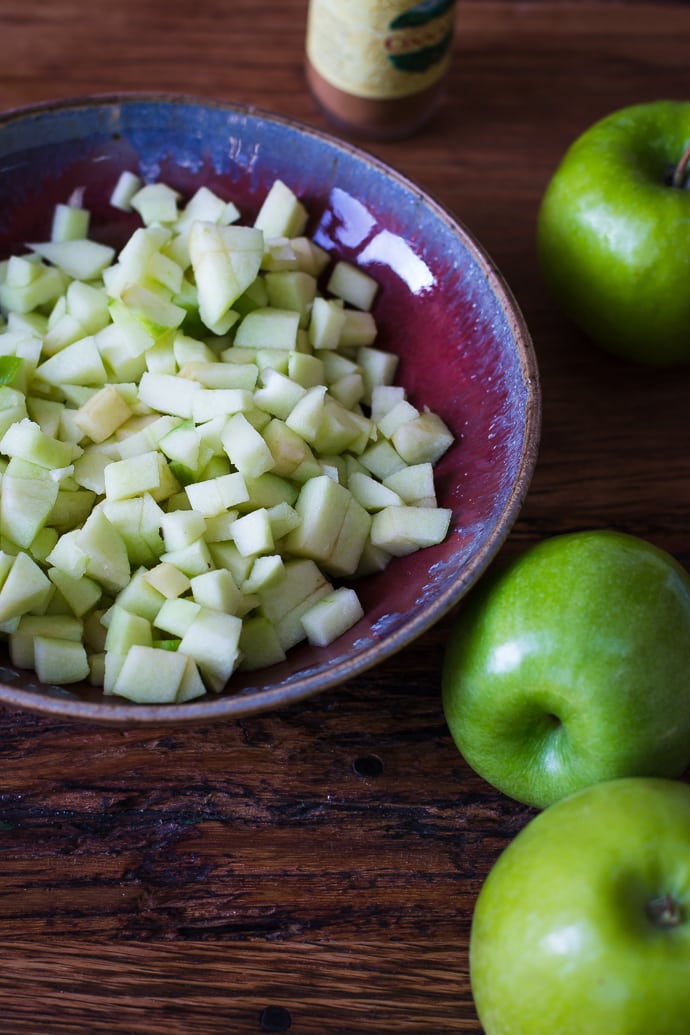 The dough itself comes together rather quickly and is left to rest for just 10 minutes while you prepare the filling. 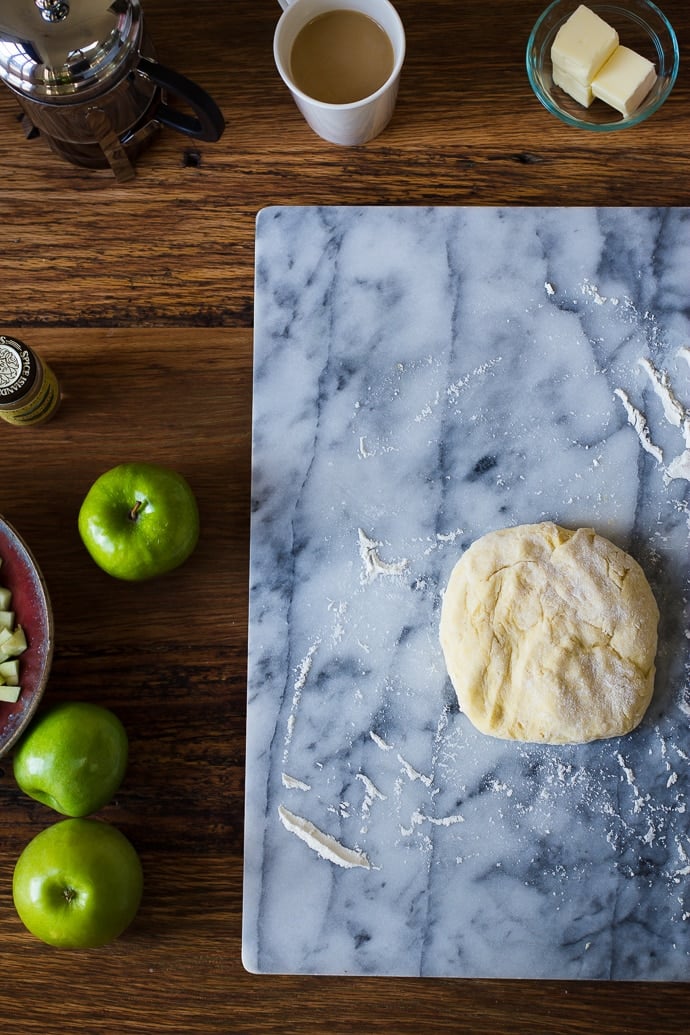 After a very short rising period, the dough is rolled out and covered in loads of butter and cinnamon and brown sugar. 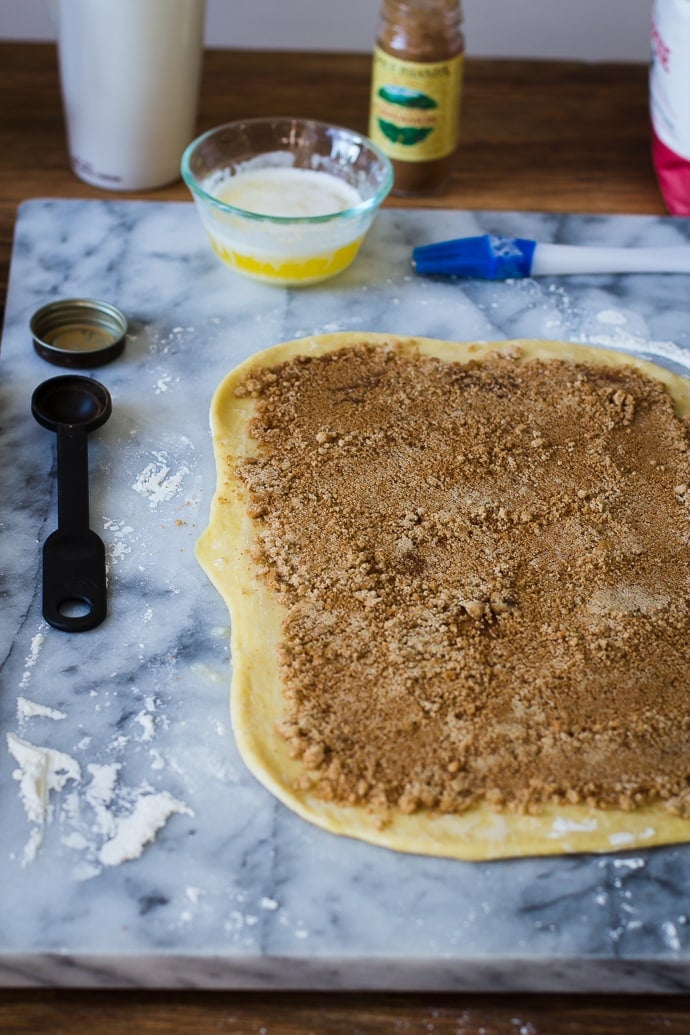 And then topped with what seems like just too many apples (it’s not too many, trust me). 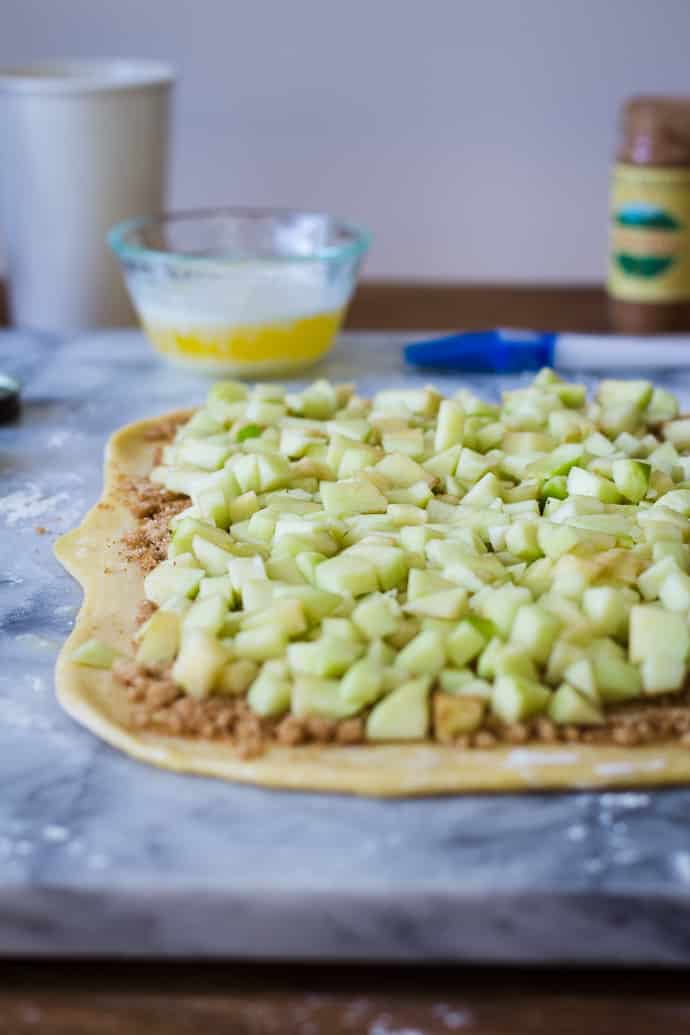 Then, with very firm hands, the dough is rolled up real tight making sure that the apples roll with the dough. This might take a little tucking and placing of the apples. Some will fall out the sides, and that’s okay. Just shove em in any little opening that you find. 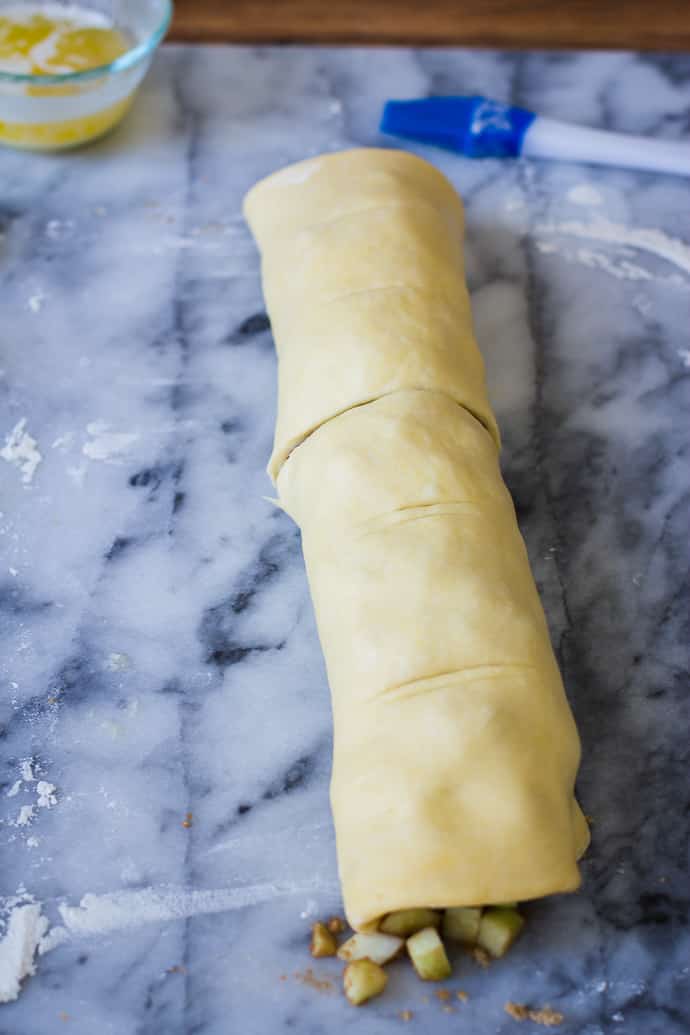 The rolls are then sliced. Start in the very middle, to increase evenness of the rolls, and then work your way out.

Place them in your greased skillet or pan, cover them with a bit of cling wrap or foil and let them sit for another 30 minutes. Still a little bit of waiting but it’s just enough time to brew your coffee, pour yourself a very large cup, and catch up on your instagram. 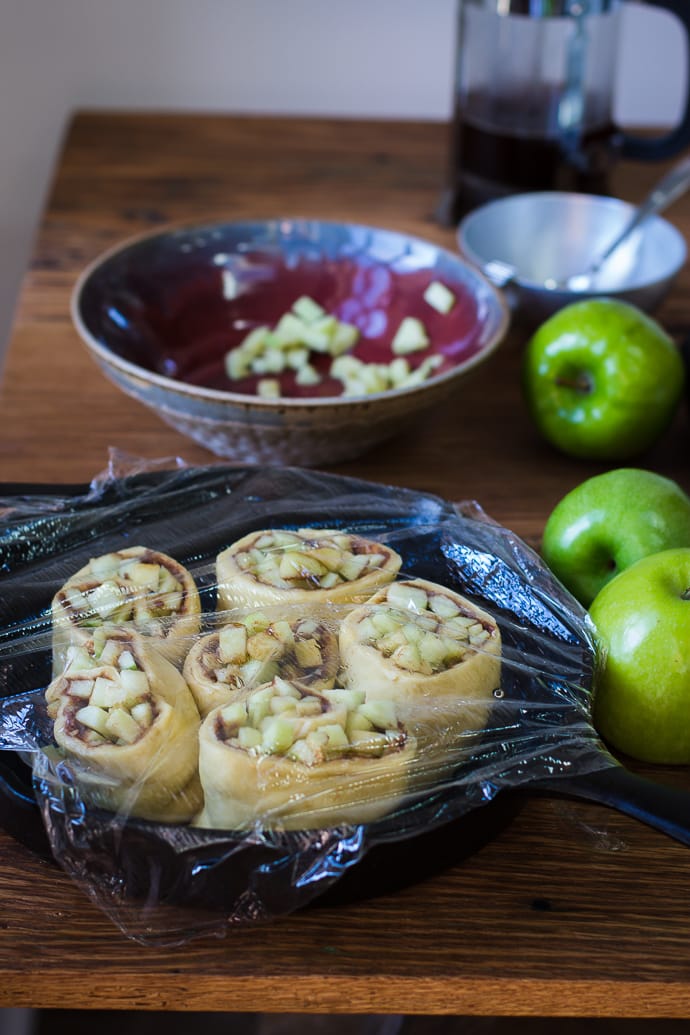 Now all that’s left is to throw em in the oven for about 20 minutes. 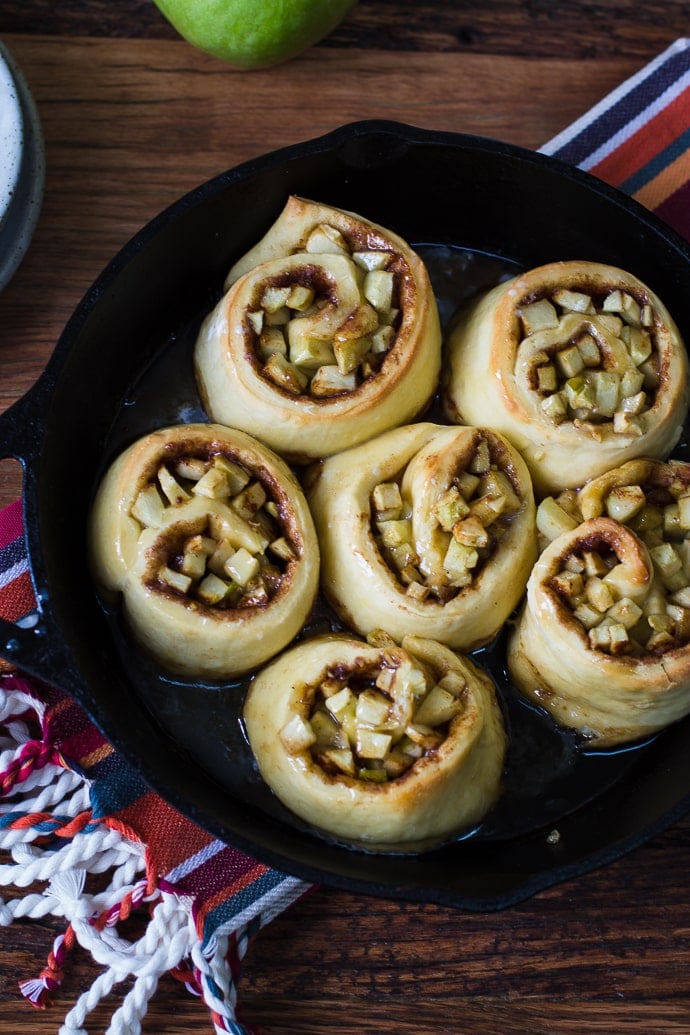 It is my opinion that these cinnamon rolls are delicious and juicy all on their own. HOWEVER, if you’re of the belief that cinnamon rolls HAVE to have some kind of a glaze, then I’ll allow it. I made a super simple, thin glaze to pour over mine. 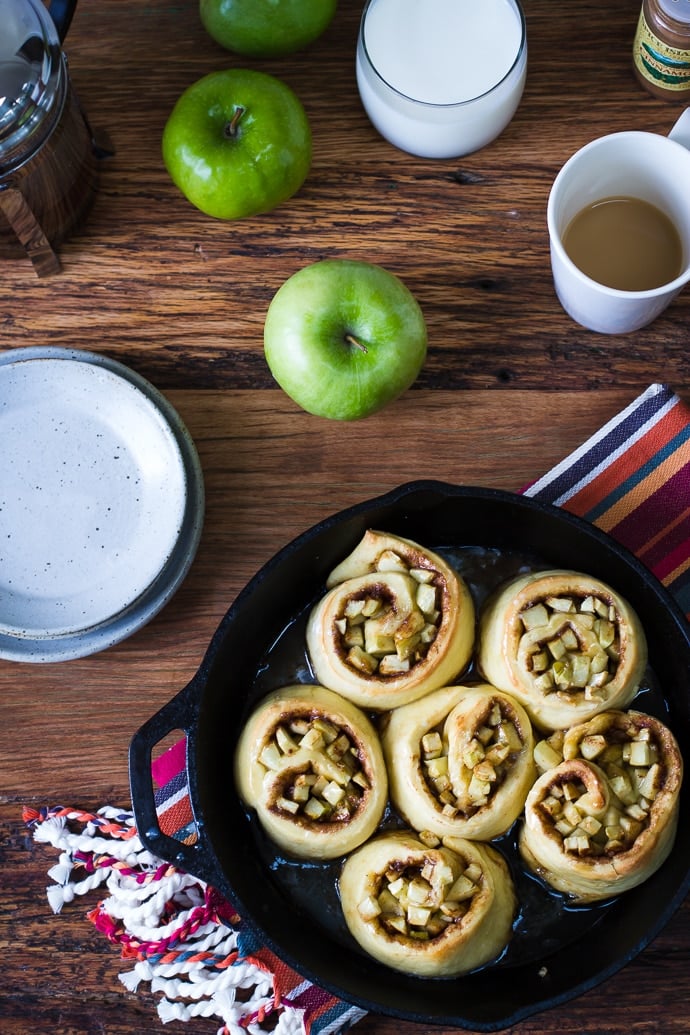 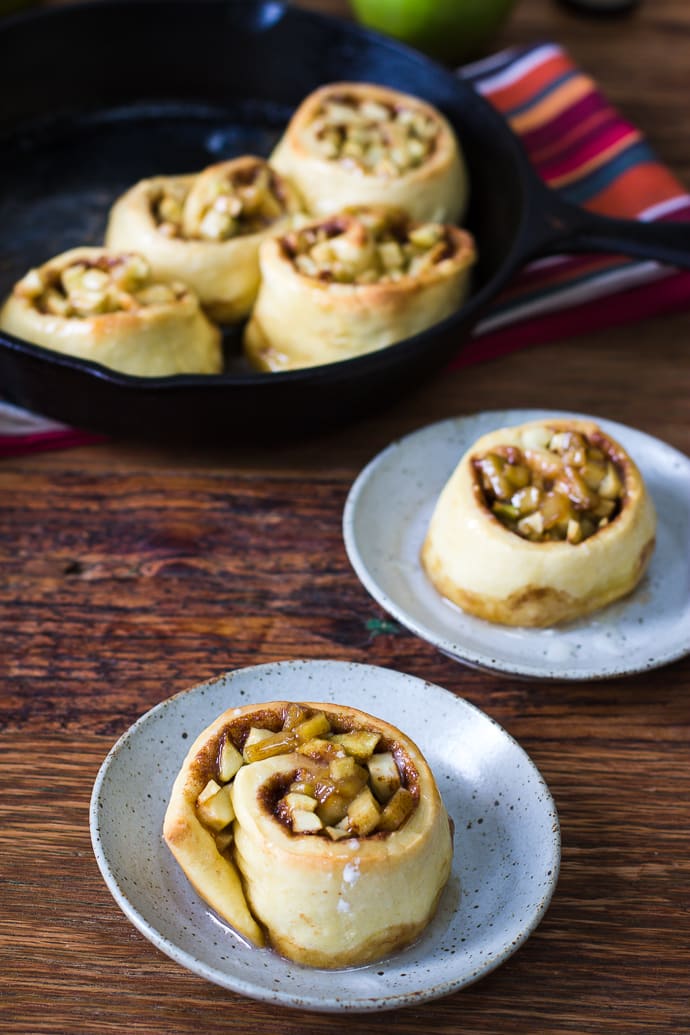 **Another important thing worth noting: I didn’t caramelize my apples before putting them in the cinnamon rolls. They don’t really need it since they’ll cook up and get nice and cinnamony in the oven. HOWEVER, the proper way is to cook your apples for a few minutes over low heat in a little sugar and cinnamon. This gets out some of the moisture. Again, I didn’t do it and loved the result but don’t say I didn’t warn you :) 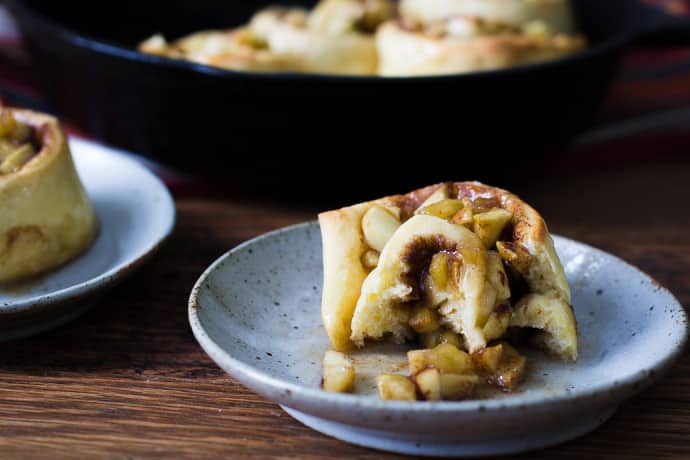 Your bake along song for the day is an extra random one. But also a good one. Happy cinnamon rolling, friends!