Pressure Cooker Black Bean Soup– today I’m teaming up with Crock-Pot® to bring you this easy black bean Soup! No soaking of beans necessary to make this soup from scratch. Thank you for supporting the brands that support Food with Feeling! 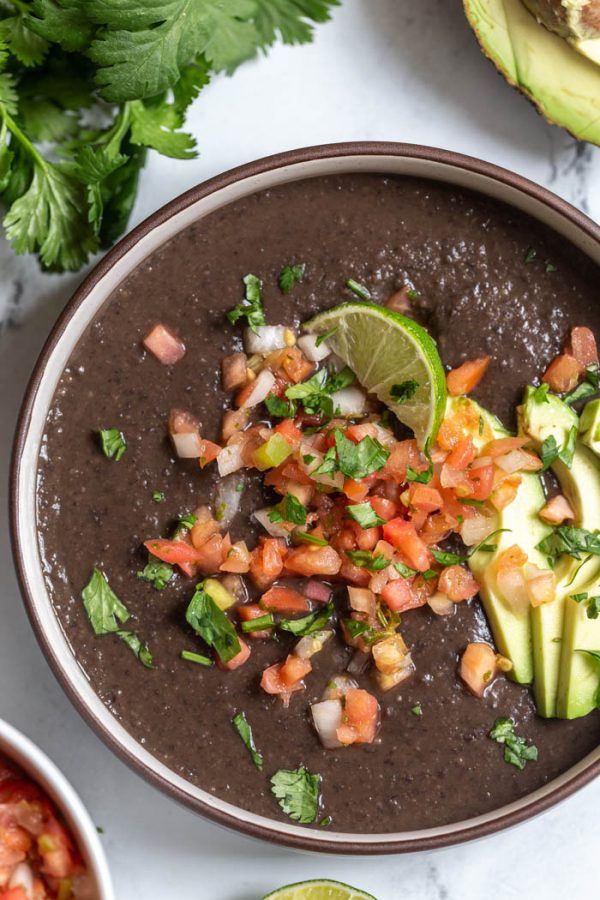 I’m back with another amazing Crock-Pot brand recipe and this one is GOOD! But first off- DID you know that Crock-Pot makes a pressure cooker? It’s called the Crock-Pot Express and it’s officially my new favorite kitchen tool!

I have the 10 QT Crock-Pot Express Easy Steam Release Pressure Cooker which is great for preparing meals for larger groups. First off, cooking is made extra easy in this pressure cooker because it can ALL be done in this one pot and there’s no need to dirty dishes. Secondly, its size makes it great for large crowds and cooking so if you’re hosting/ attending a lot of parties this holiday season, I HIGHLY recommend picking one of these guys up! 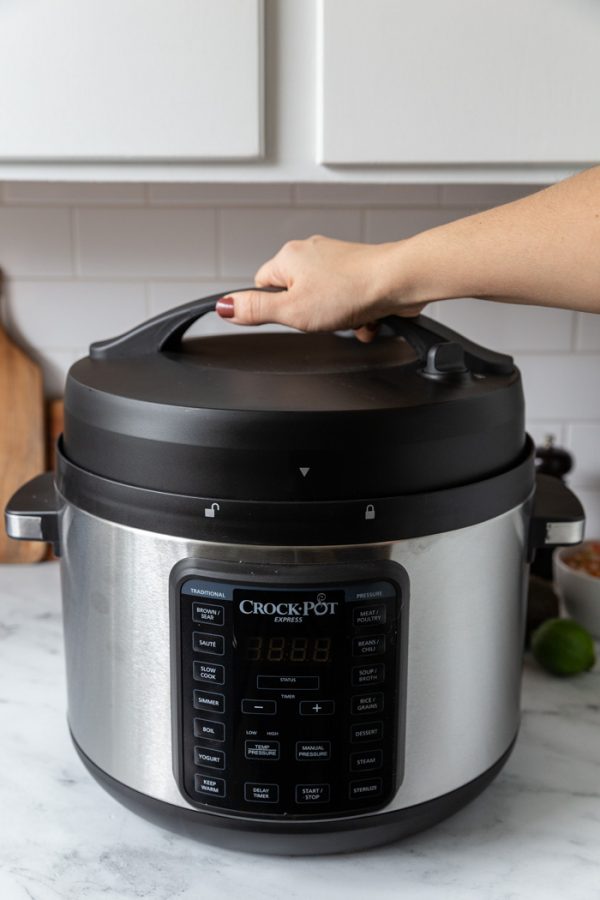 And if you’re thinking to yourself “why would I need a pressure cooker when I already have a slow cooker!?” then I’ll tell you- the main reason that I love having both is because the pressure cooker cooks food SO FAST! In a slow cooker, this black bean soup would take AT LEAST 6 hours to cook but using the Crock-Pot Express, the recipe is done from start to finish in just about an hour!

PLUS, you can sauté the veggies right in the pot of the pressure cooker using the saute function. I love it for that! 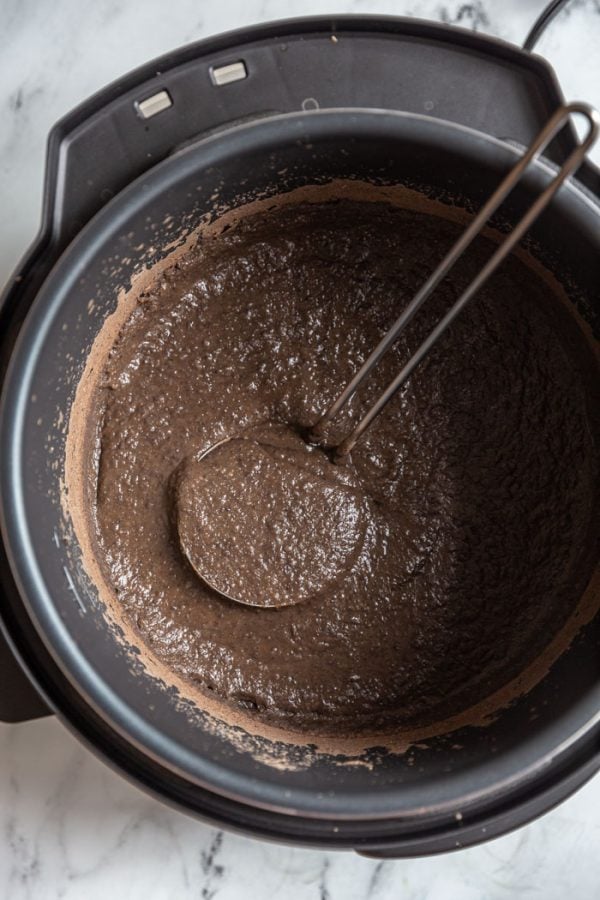 How to make Black Bean Soup in the pressure cooker:

AND on to the black bean soup! As I’ve hinted at a few times already, this soup is ridiculously easy to make. Start out by sauteeing the onion and peppers for a few minutes until they’re soft and then add in garlic and spices. Cook for one more minute before adding in the remaining ingredients and sealing the pressure cooker.

Set it to cook on manual high pressure for 40 minutes. It’ll take about 10-15 minutes to pressurize and then once it’s done cooking, you can carefully release the pressure which will take just a couple of minutes.

AND that’s it! Super easy and SO ridiculously tasty. Because I like my soup creamy, I used an immersion blender to blend it all up. You can also do this in a stand blender but just be careful when transferring the hot soup! 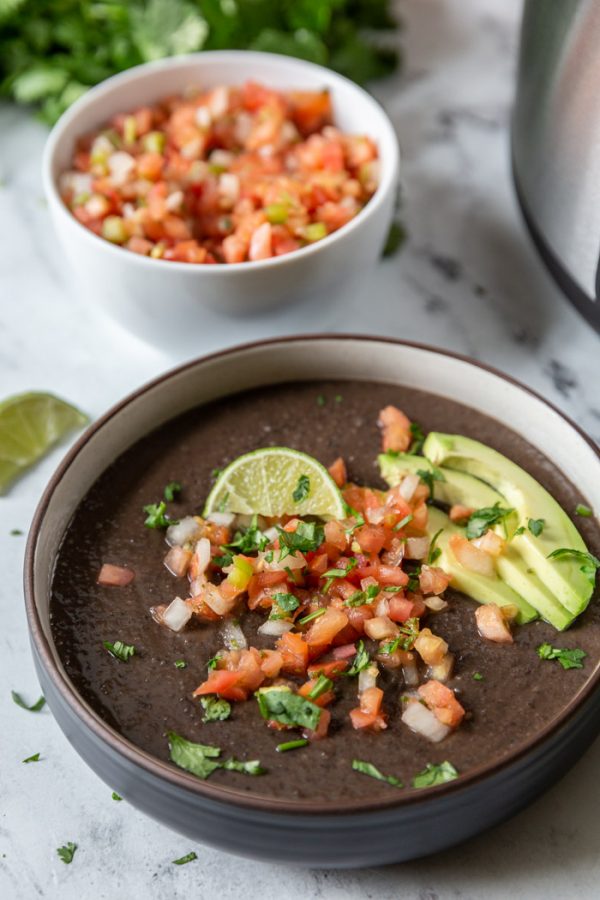 If you’re needing a great gift for your foodie friends and family, I highly recommend the Crock-Pot Express!! Pretty sure I’ll be gifting to a few people this holiday season :D You can check it out at target HERE!