Home » Uncategorized » TBT: The not so glamorous life of an Intern

TBT: The not so glamorous life of an Intern

Before graduating college, I did something like 11 internships. One for every semester I was in school (minus my very first freshman semester) and a few during the summers. Needless to say, I know a little bit about what it’s like to be an intern. I mention all of this because over the past few years, I have seen FAR too many tv shows and movies making the life of an intern out to be something way more glamorous than it actually is. I feel like it’s my duty to set the record straight.

First I would like to start by saying that I was a political science major in college and have worked in politics (including internships) for 9 years now. That being said, I have no intention of talking politics here because, as I’ve mentioned before, this is my blog and my blog is a very happy place where I can do (or not do) what I want. AND, I don’t much want to talk politics here. Just wanted to clear that up :)

Back to being an intern. I’m not trying to generalize here because I know all fields are different. I can only speak from the experience of being a political/ campaign intern. I spent the majority of my time in DC interning in the Senate. 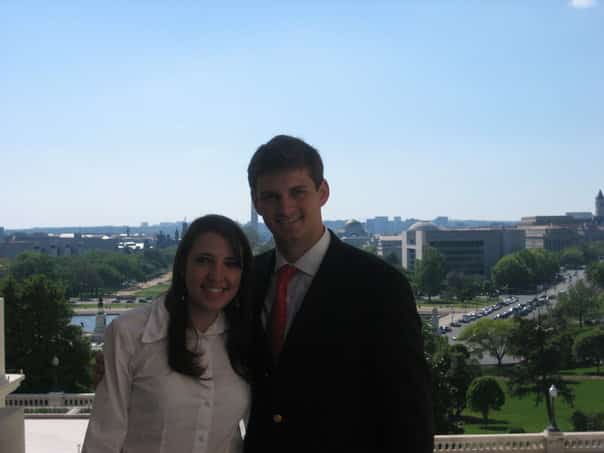 The Bad: as interns we didn’t get to do any of the glamorous stuff you see on TV. None of it really. We didn’t have any involvement in legislation. We never got asked advice on a speech for the Senator. We made lots of coffee and organized the office snacks and supplies. In fact, we had very little interaction with the Senator.

We ran ALL of the errands around Capitol Hill including buying fancy wrapping paper to wrap empty boxes to be put under the fake Christmas tree in the office. We opened and sorted through a TON  of mail. In my first internship, we weren’t even allowed to answer the phones. In later internships, my sole job was to answer the phone and transfer people to the appropriate staff member.

The Good: It was all wonderful experiences and I got to see a lot happen in our country and meet a bunch of fun people. By meet, I more mean that I was standing in the same room with them and may have briefly shook their hand. I started typing out a list of said people but then it seemed like I was bragging and that seemed weird. 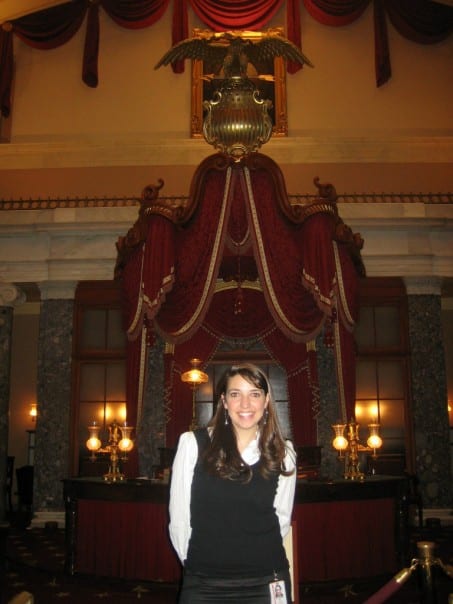 Of politicians: I saw all of them. I will brag about this: My time in DC was back when Obama was a nobody senator. I saw him basically everyday (by see, I just mean I passed him in the hallways. We weren’t buddies or anything although that would have been cool too). I kick myself to this day for not ever getting a picture with him. I also had an interesting run in with (then Senator) Hilary Clinton who came out on our private balcony and yelled at me to be quiet while she was on the phone. I tell that story with pure pride.

One of the main things I did as a Senate intern was give tours of the US Capitol. Other interns hated this but I LOVED it. Multiple times a day I took groups of about 15 people from our district around the Capitol telling them fun historical facts about the building. There was one particular chandelier in the Capitol that became a contest between all of the interns while giving tours as to who could make up the most believably outlandish story about said chandelier. My favorite, and totally made up, story is that the chandelier was recovered from the Titanic and put in the Capitol to memorialize all those that died in the sinking of the Titanic (again: totally not true).
I also got the opportunity to be at a State of the Union speech which was…pretty amazing. 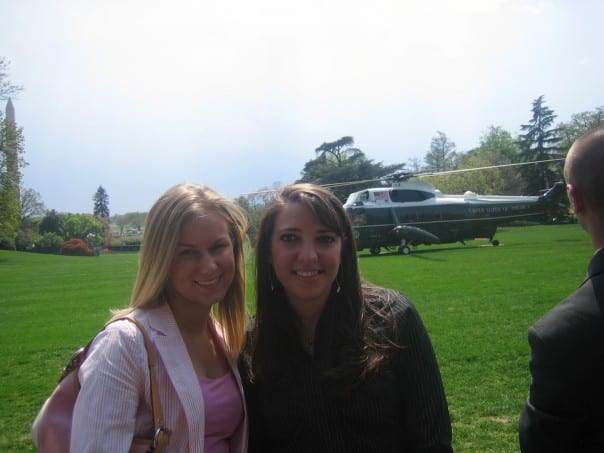 All in all, I had mostly wonderful experiences. But, please don’t be fooled by TV. Interns are not working as personal assistants for politicians or helping to write their speeches. They’re also not giving anyone advice on legislation and if they are, they’re probably getting fired for it. And let me tell you, being a campaign intern is the worst of the worst. It involves walking door to door and making HOURS of phone calls trying to convince people that they should vote for a particular candidate. It’s a necessary evil in life: campaign work.
Look, that’s Air Force One behind me.
Have you ever done an internship? Did you get to do fun and exciting things or was it mostly just sorting mail and making coffee?

Linking up with All Things Thursday.