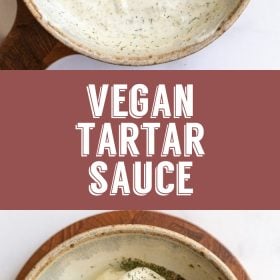 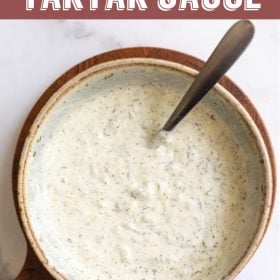 Vegan Tartar Sauce Recipe– this vegan sauce recipe is SO MUCH better than the store bought version. It’s easy to make and a great vegan staple to have around. 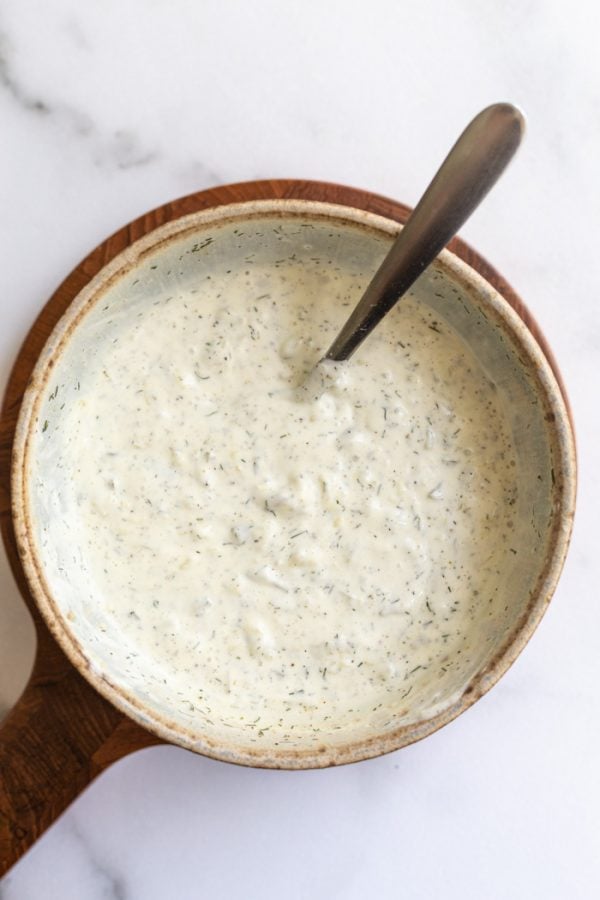 I’ve got a quick and easy recipe for you today. I’ll be posting several delicious recipes in the comes weeks that would benefit from a side of vegan tartar sauce. SO, that’s what I’ve got for you today.

I love making sauces like this at home. It’s one of those recipes that you don’t realize is actually SO easy to make at home and chances are, you already have all of the ingredients on hand. 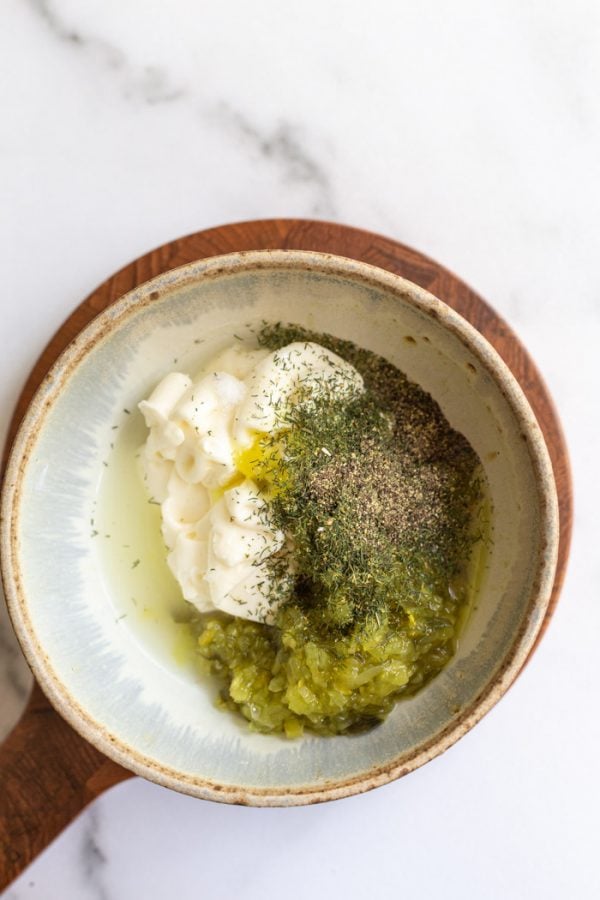 To make VEGAN tartar sauce at home, you only need to swap out one ingredient to get it plant based. Simply use vegan mayonnaise instead of regular and you’re set.

So, what’s in this sauce: 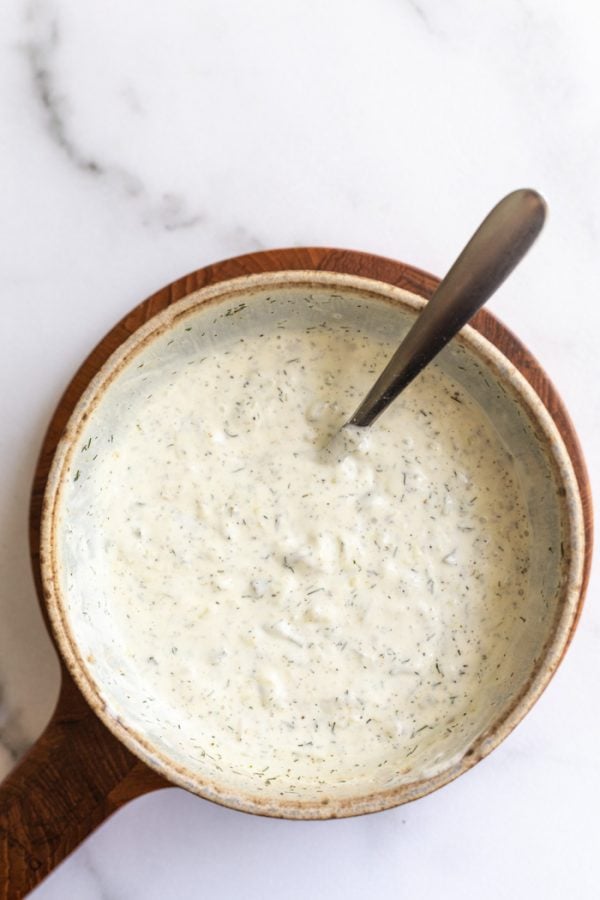 How to Make Tartar Sauce:

If you’ve never tried making homemade tartar sauce then you’ve been missing out!

To make the sauce, simply whip together all of the ingredients in a small bowl until fully combined. BAM that’s it. Homemade tartar sauce that’s simple and delicious!