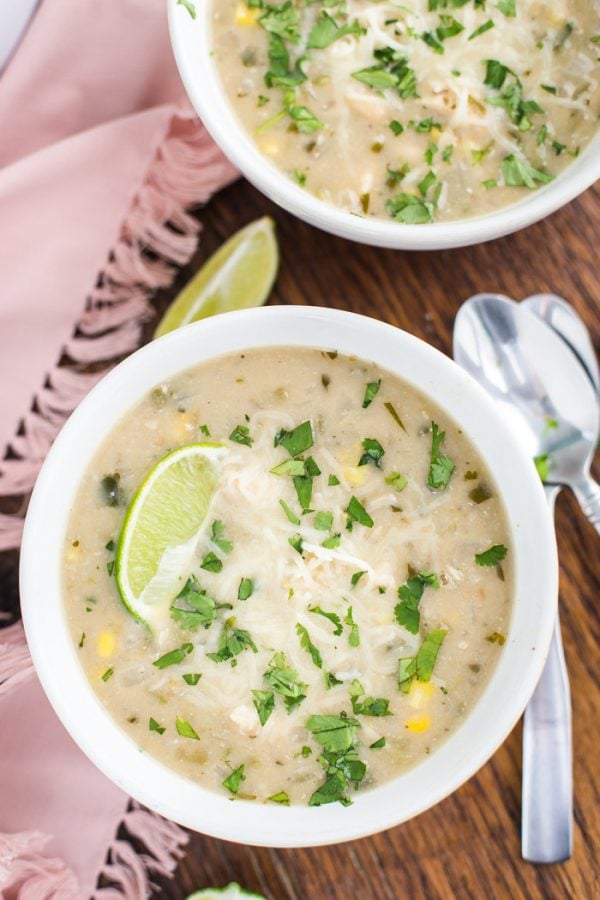 Sometimes I spend an inordinate amount of time trying to decide the proper name for a recipe. Like this recipe. A couple weeks ago I told a friend that I was making this white chicken chili to which she replied “white chicken? so the chicken’s white? Or the beans are white?” So, I debated calling this chili ‘White Bean Chicken Chili’ or ‘Chicken White Bean Chili’. But, I’ve always called this ‘White Chicken Chili’ so we’re going with that. (it was important for you to know all of that).

We’re pretty big fans of chili in my house. Typically traditional chili but I like to mix things up sometimes. 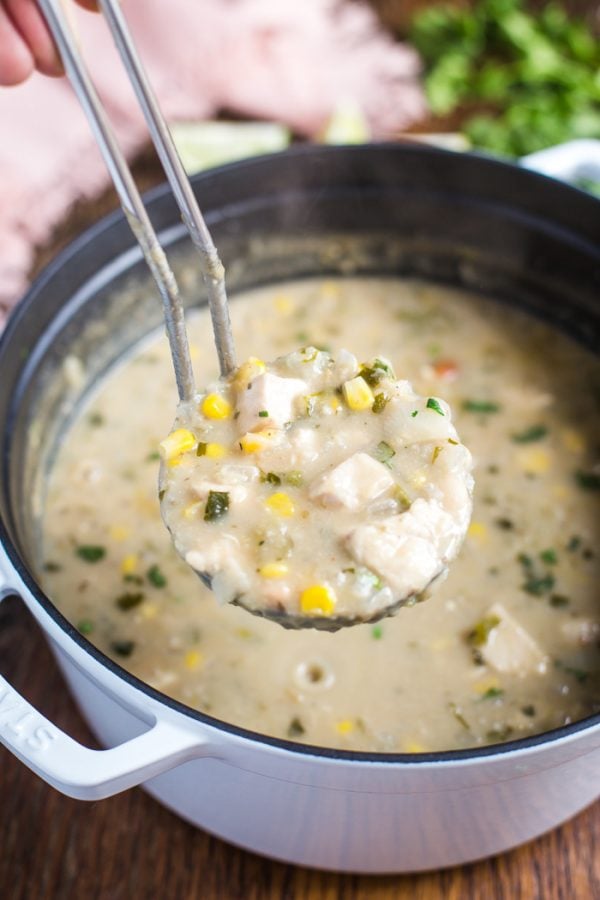 This white chicken chili is a bit spicy, very flavorful, and SO satisfying. 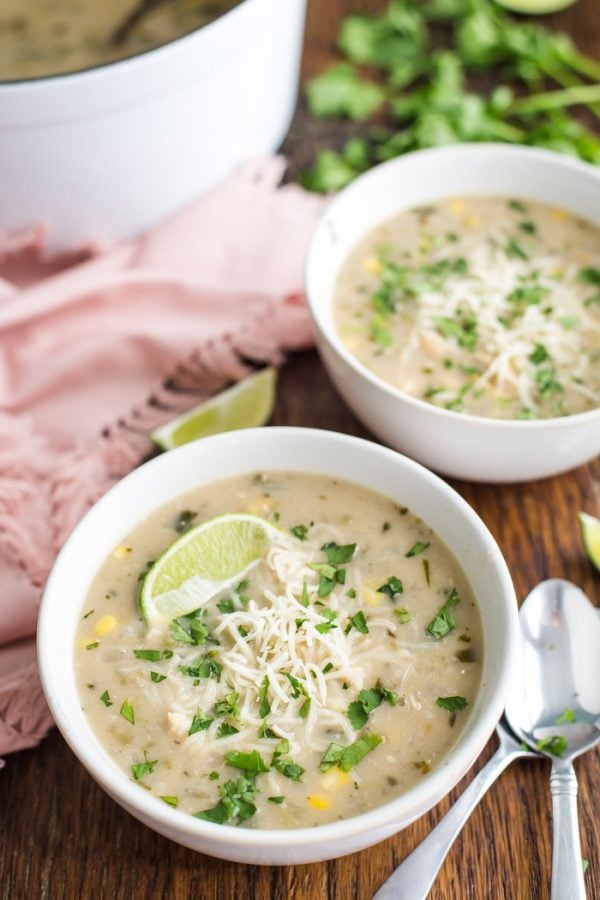 How to Make White Chicken Chili

There’s not much to this chili and for that, I’m pretty thankful. Chicken and onion are cooked in a big pot until juuuust done. Add in the garlic and saute for an additional minute.

Then the spices, jalapeno, and green chile are dumped in. This is sauteed for just another couple minutes before the broth is added. Let that all simmer for 15 minutes so that all the flavors can become friends in the pot. 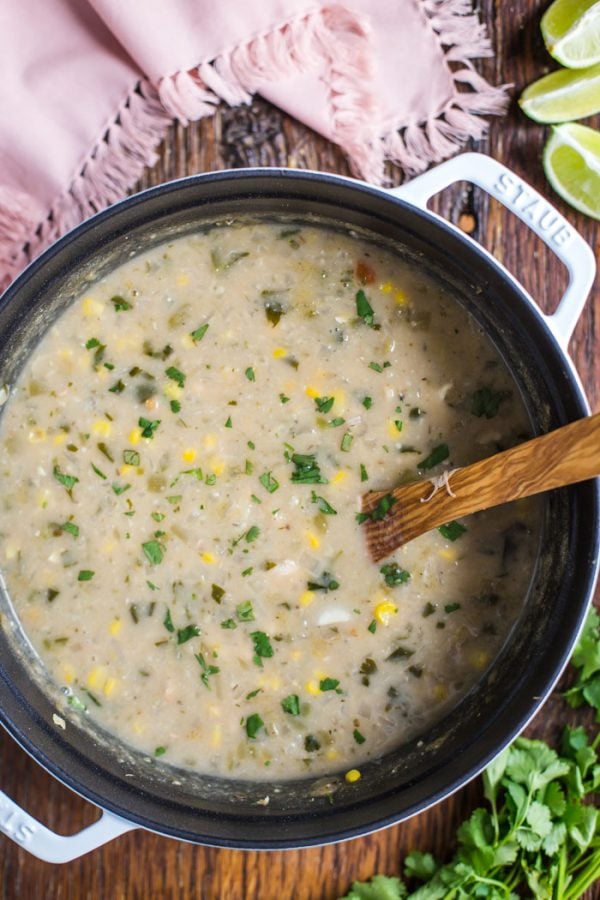 While still on low heat, continue to stir until the cheese is nice and melty and your chili now has a lovely creamy white color. Finally, the corn, cilantro, and beans are added. I used 2 different kinds of beans for this: cannellini and great northern white beans.

I add in half of each can of beans. The other half is processed to a creamy consistency and then added into the chili as well. This part is optional. I really like creamy soups and chilis but, again, you don’t really need to process the beans if you don’t want to.

This pot of goodness simmers on low for about another 20 minutes. 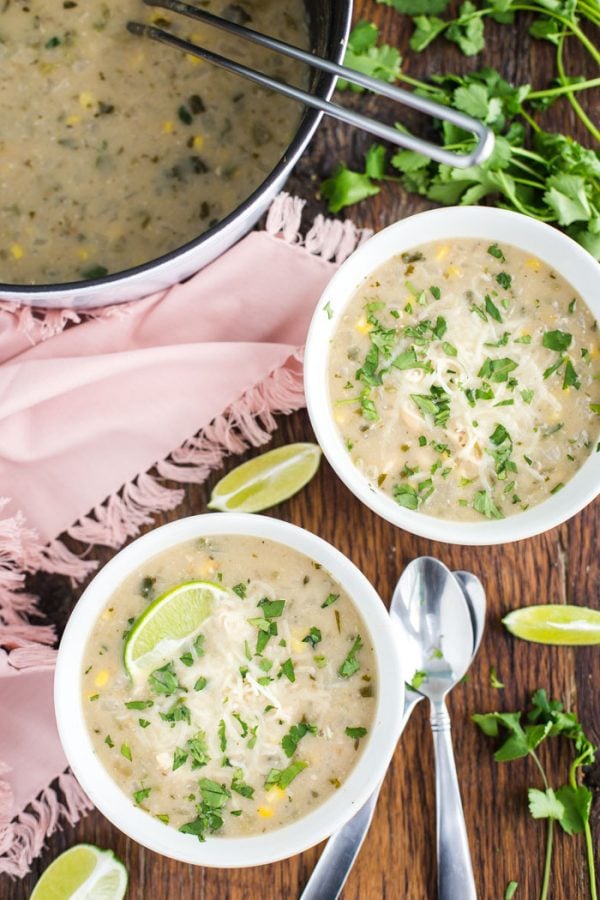 I love the cheesy creaminess of this chili!

It was also pretty spicy. If you aren’t a fan of spice, I would omit the jalapeno and/ or the cayenne in this recipe.