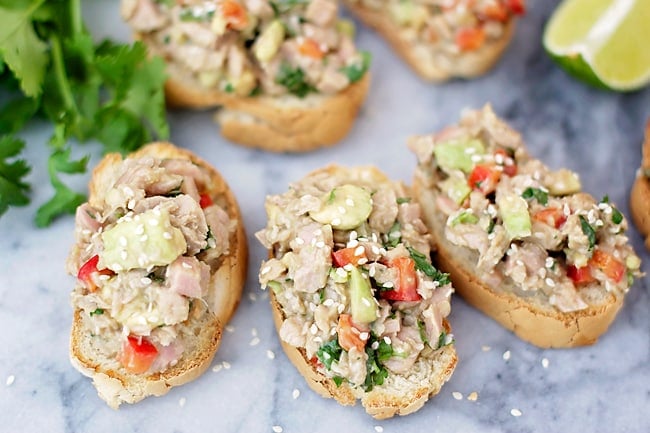 I have a new found obsession with the Naked Chef. I suspect that he’s old news to most of you but I kind of just discovered him and all of his amazing cooking antics. While skimming through cookbooks at a relatives house recently, I stumbled upon one of his earlier books and instantly fell in love. He makes cooking bread and pasta sound so easy and I love the laid back way in which this book is written. Most importantly, I must admit, I loved the photography.
On another note, I have also had a slight obsession lately with tuna. Since I live no where near a fresh tuna source, I mostly buy it frozen. I keep finding the tuna that I really like from the market on sale recently and so, I’ve been eating a good bit of it the past few weeks. 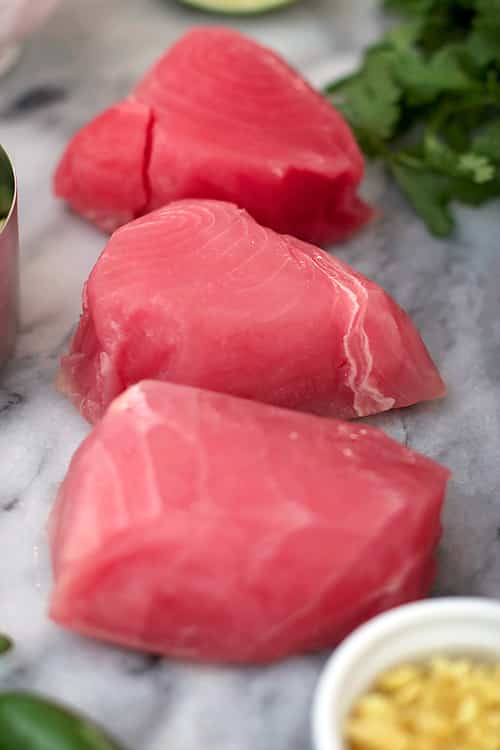 Jamie Oliver has a recipe for ‘Asian Infused Tuna’ in the above mentioned cookbook and I’m OBSESSED with it! I’ve been making it and eating it for dinner but really it would make a great dish to take for lunch (just hold off on adding the avocado until time to eat so it doesn’t brown). I love this recipe so much that it needed to be shared. 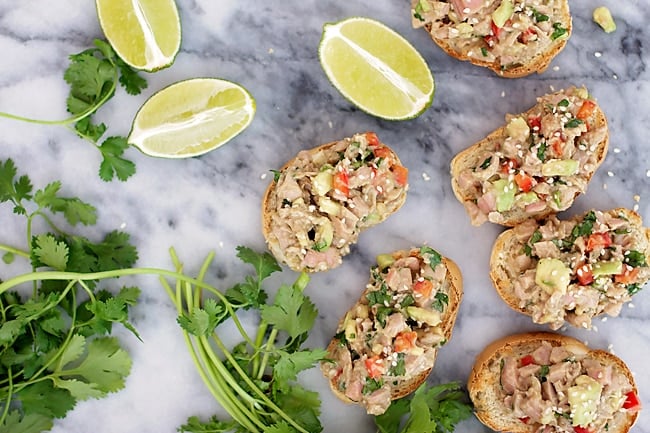 Additionally, I’m on a bread making kick lately and I want to show off my latest creation. Behold the French Baguette! I sliced this up and toasted it to make the perfect transportation device for our Asian Infused Tuna. 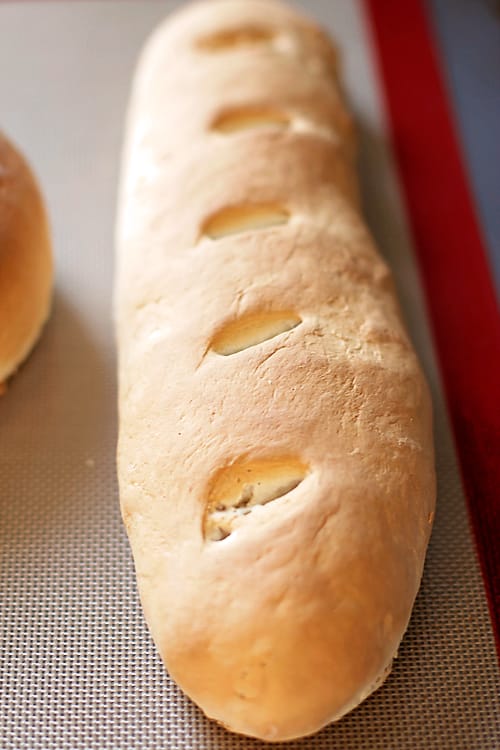 Ingredients are measured, our cookbook is open, and the french baguette is cooling off. Lets do this. 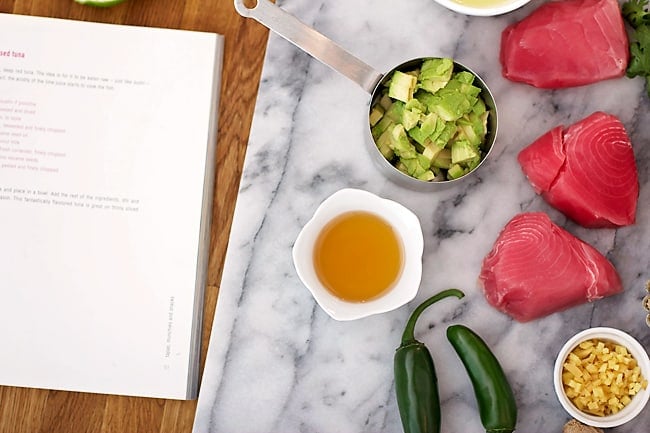 The recipe recommends making this dish with raw tuna. However, I wasn’t much in the mood for raw fish so I baked mine in the oven. I personally prefer it this way but you do you. Oliver also recommends yellowfin tuna but mine is blue. Again, just go with it. 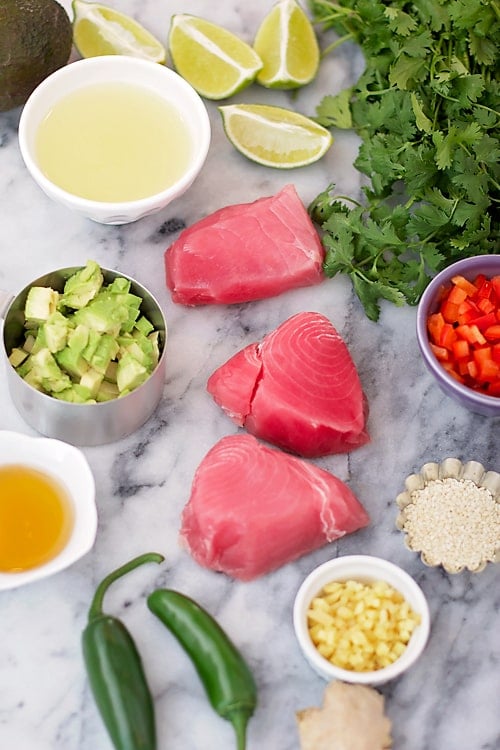 Once your tuna has baked for about 15 minutes, dice it up and combine it with all of your ingredients except the soy sauce. 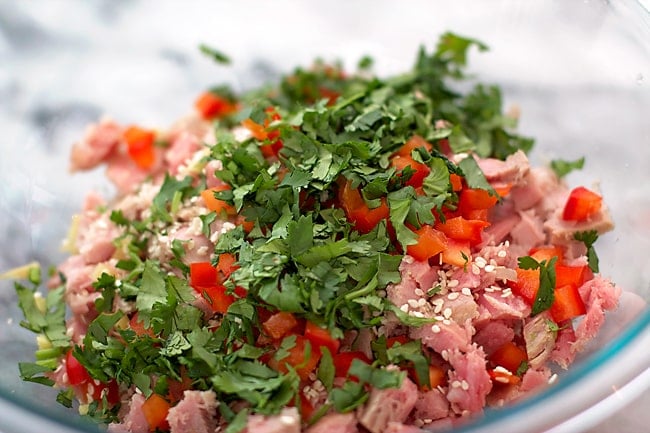 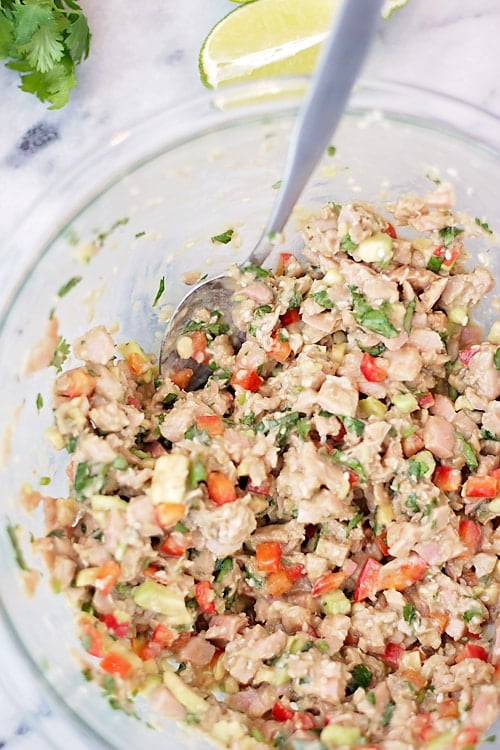 Finally, add in the soy sauce to taste. It took me a while to figure out the amount that I wanted so I just kept adding until it tasted right. I’d say I used about 1/4 of a cup though. Trust your taste buds on this one. 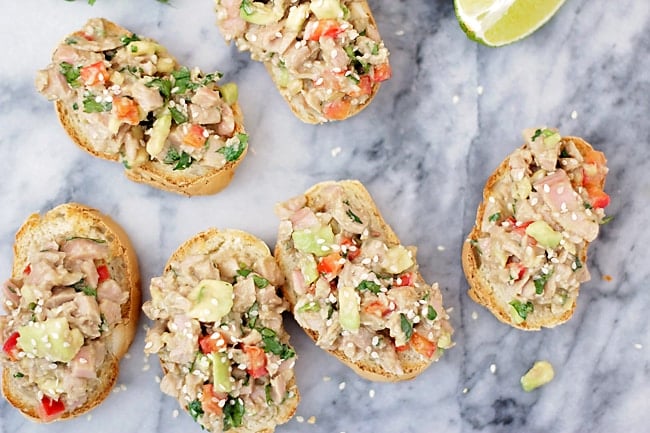 Spoon your deliciously Asian Infused Tuna on top of a toasted piece of bread and enjoy the heck out of it. Stephen and I ate almost ALL of this in one setting. But we were hungry. And have big stomachs. 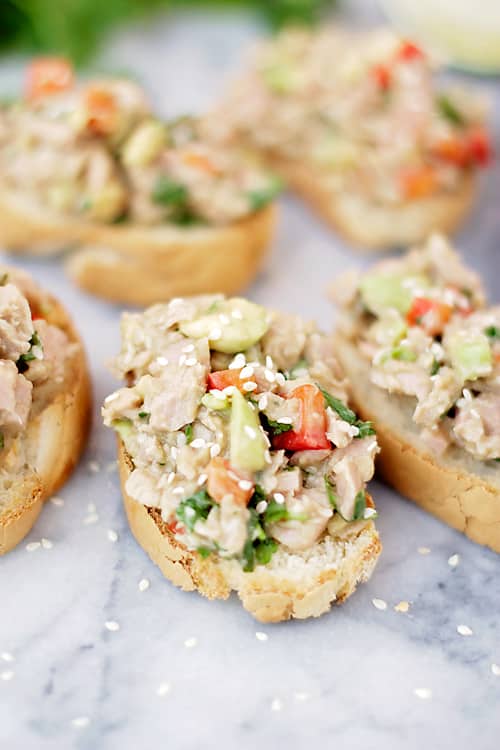 Directions:
Preheat over to 350 degrees F.
1) Bake tuna according to directions (~15-20 minutes). Once done, let cool.
2) Once cool enough, dice tuna into small chunks.
3) Combine all of your ingredients minus the soy sauce and mix thoroughly.
4) Add soy sauce to taste, about 1/4 cup.
ENJOY!

It’s really that simple and SO TASTY! 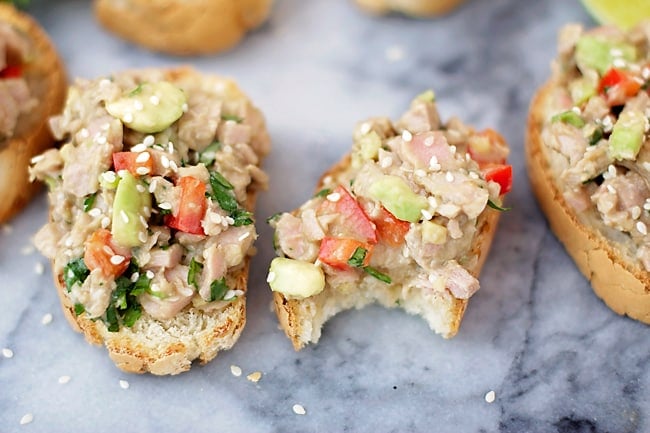