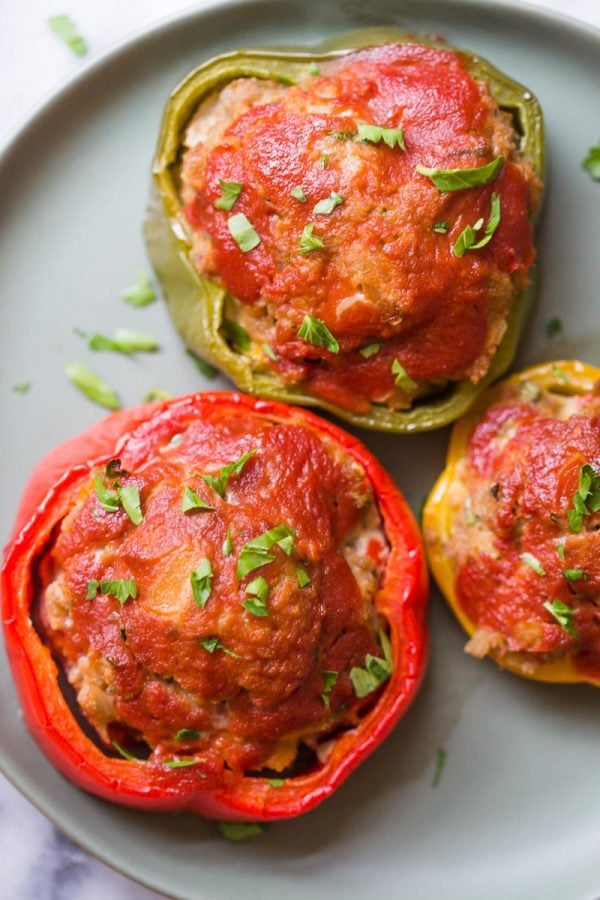 I almost didn’t post today. We’ve had so much going on the past week and last night as I opened up a blank blog post, I almost just gave up. BUT, I’m determined to stick to my T/TH posting schedule even if there are only a few hours left in this Tuesday. Plus, I had these delicious little Bell Pepper Mini Meatloaf that I’m excited to share with you. So, this is happening today!

I’f you’ve been around for a while, you’ll know that I stopped eating meat for quite some time. THEN I got pregnant and started having the most intense cravings for meat. Since then, I’ve taken a “flexetarian” approach to my diet (do you hate me for using that term!?). I wanted my blog to reflect that as well. So you’ll be seeing a few meat recipes around here again. 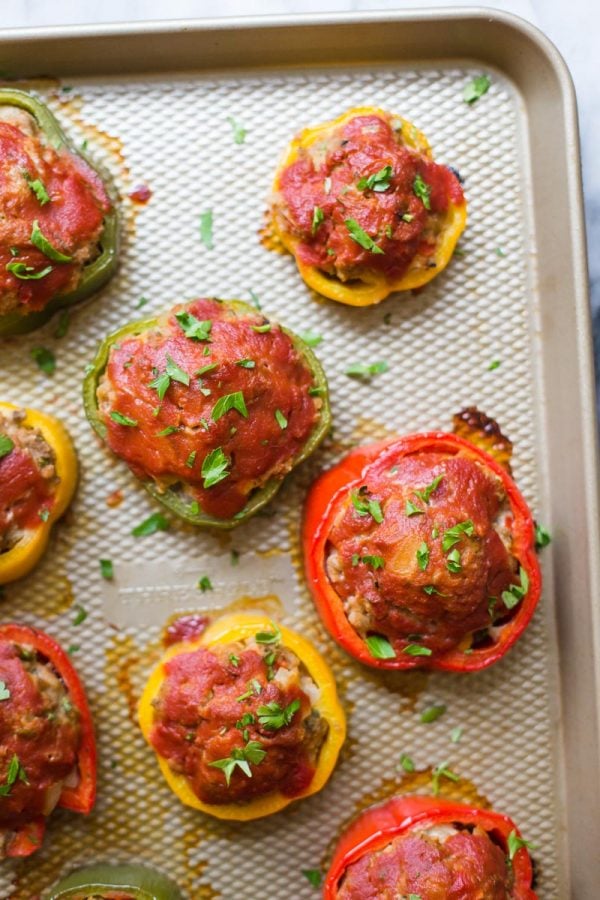 How fun are these Bell Pepper Mini Meatloaf!? I’ve always been a big fan of bell pepper stuffed meals but more often than not, a WHOLE bell pepper is just too much. Right? I ned up eating about half of it and then waste the rest. This recipe is my attempt to avoid that.

The meatloaf itself is a simple turkey meatloaf with a few extra veggies in there and the glaze is a minor adaption from my favorite meatless meatloaf from Ambitious Kitchen. 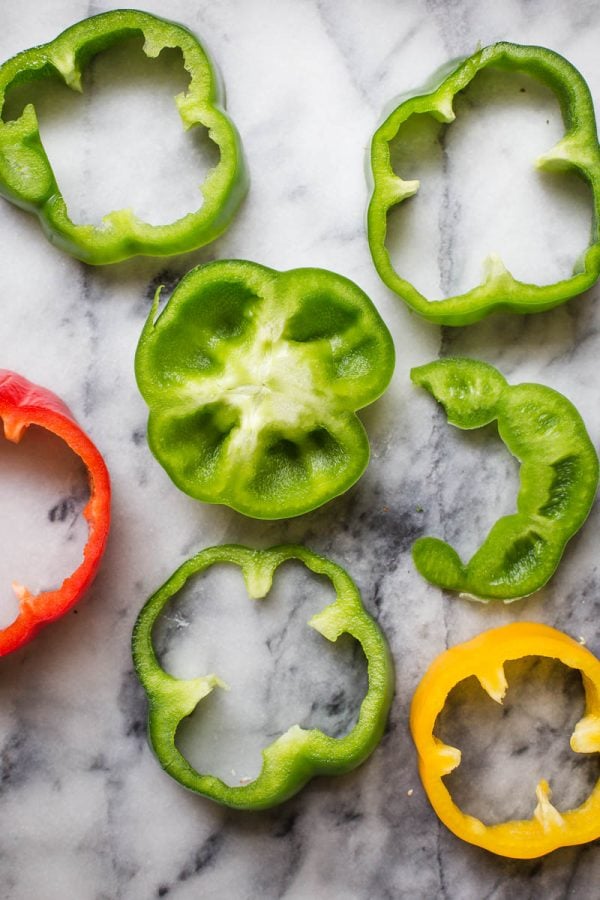 I was able to get 3 good rings out of each bell pepper and then I chopped up the tops and bottoms to mix into the meatloaf itself (waste not, want not as my father always said)!). 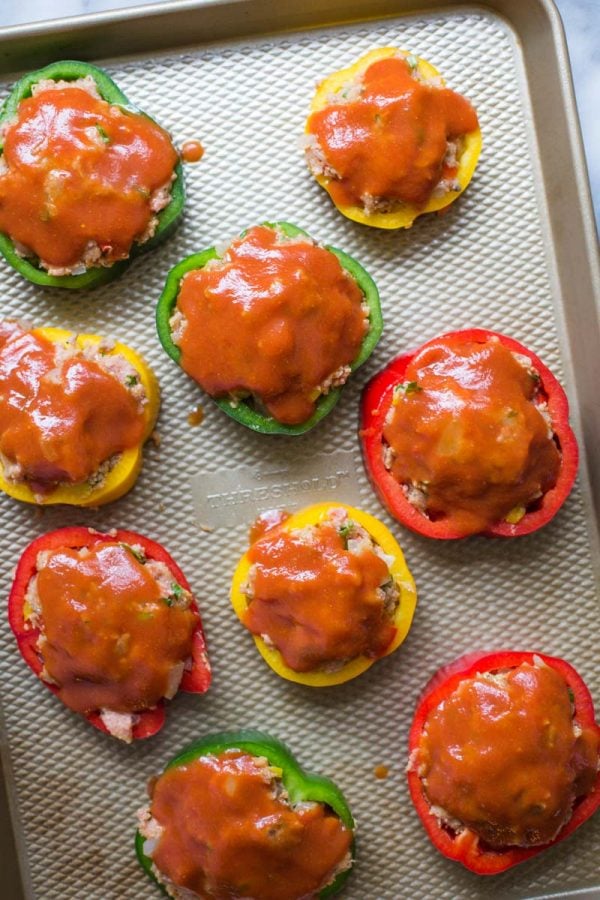 We ate this all by itself (yay for lazy dinners!). AND it stays well in the fridge for a few days making GREAT leftovers. 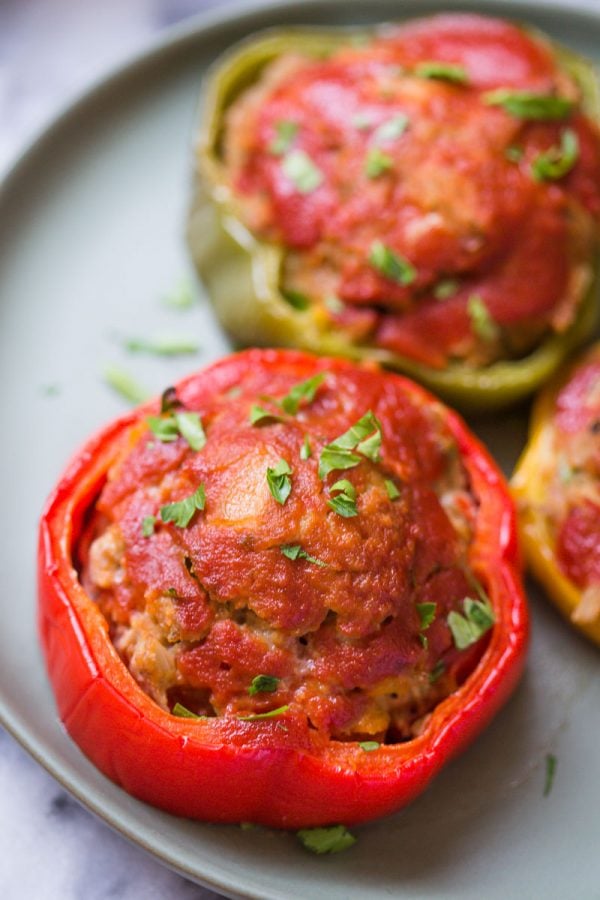 If you make this recipe (or any of my other recipes) don’t forget to tag my on social media! I love seeing what you’ve been cooking! 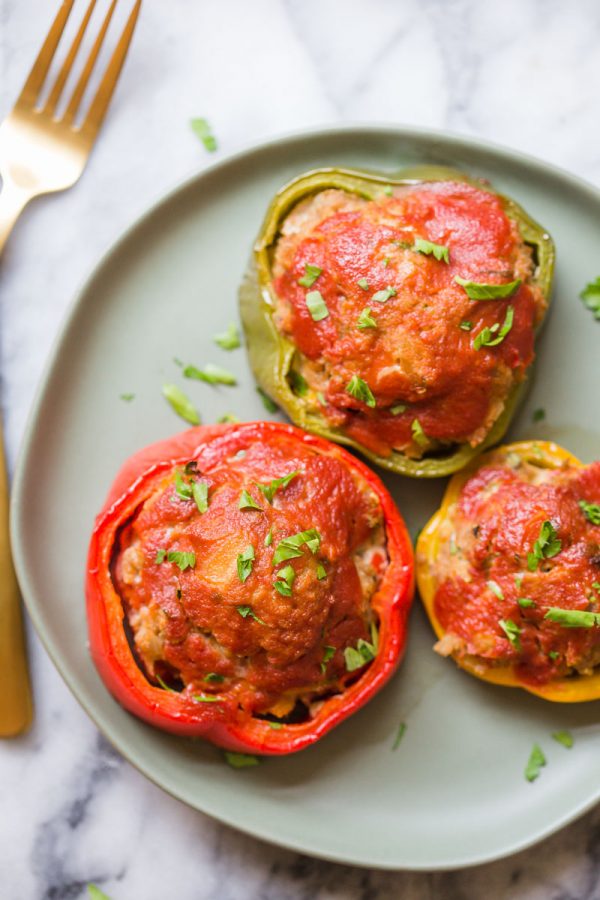