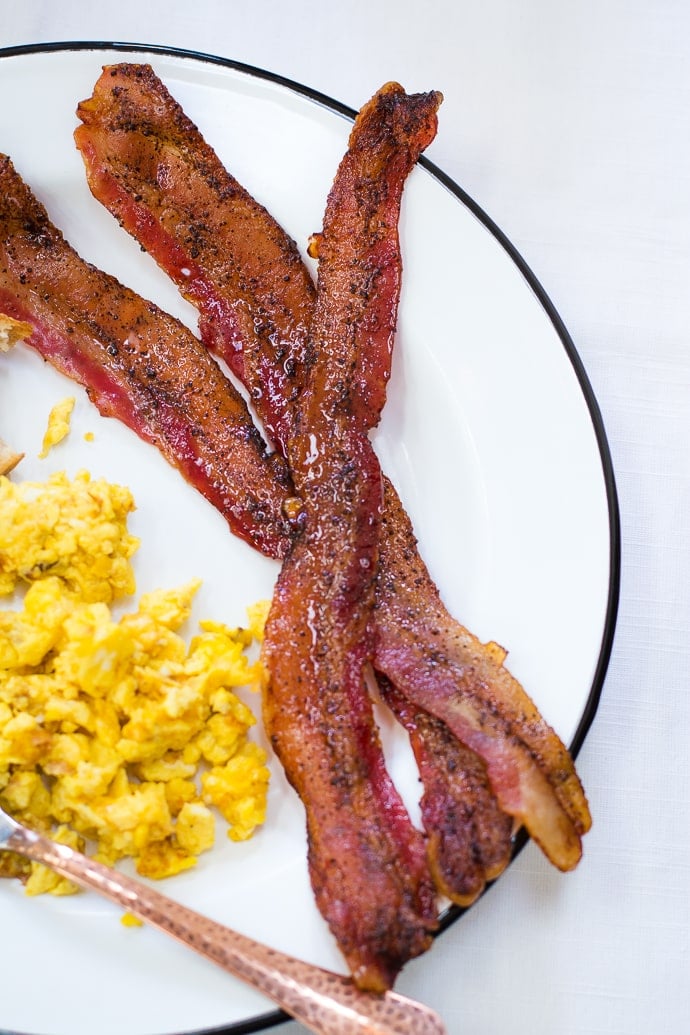 I dreamed of this bacon for months before finally making it a reality. When I was in Portland in May I saw Coffee Bacon on a menu and haven’t been able to get it off of my mind since then. I have no idea why it took me so long to make it at home but what’s important is that it’s here now! 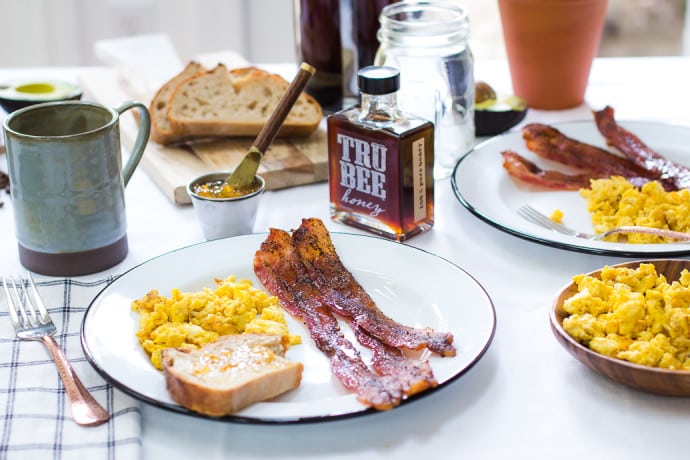 I used to always fry my bacon until I discovered how easy it is to bake it and now it’s all I do. Also, I can’t really explain why but somehow, for some reason, I always end up under or over cooking fried bacon. I ALWAYS screw it up. In fact, we had a rule in my house for a while that if we were going to eat bacon (which, if I’m being honest, is fairly often) then Stephen had to cook it. I think I just always wanted to fry the bacon while simultaneously cooking the eggs and making pancakes which would result in neglected bacon.

So yea, baked bacon has been my new best friend over the past year. 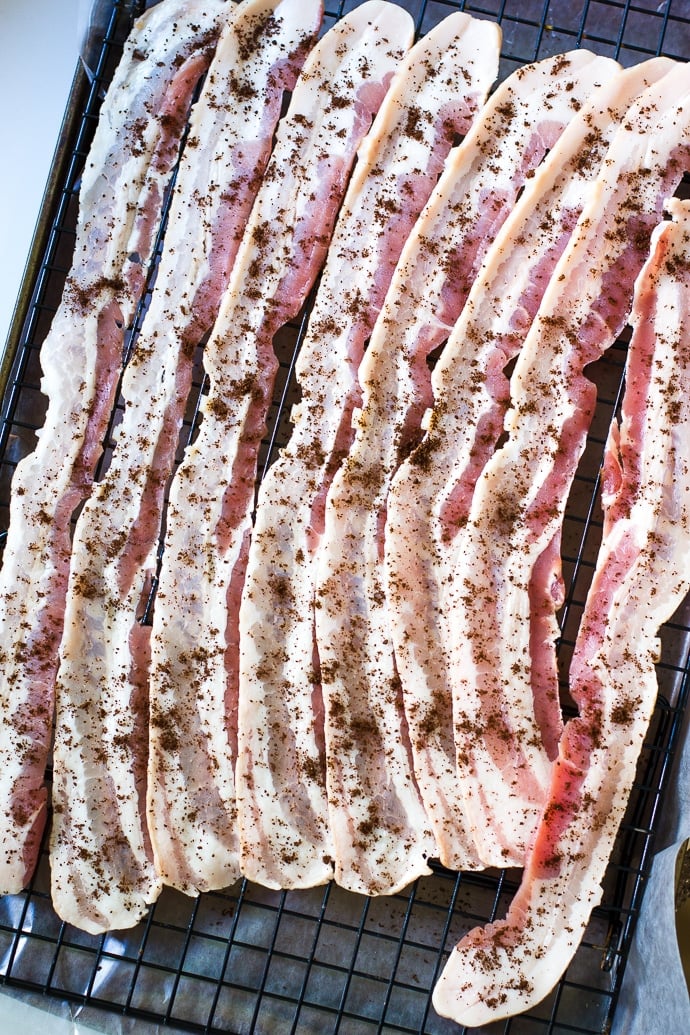 Speaking of good coffee. While I was in Chattanooga a few months back, I bought my first ever bag of Stumptown Coffee and immediately became obsessed! Like, best coffee I’ve ever had at home! And, not I’m out and can’t figure out where to get it. Super sad face. Anyone know where to get Holler Mountain flavored Stumptown Coffee in Nashville??

This Brown Sugar Coffee Bacon is really pretty easy. (Good) Coffee is ground up and sprinkled over top of the bacon. A simple brown sugar syrup is made by stirring together brown sugar with a bit of fresh coffee. 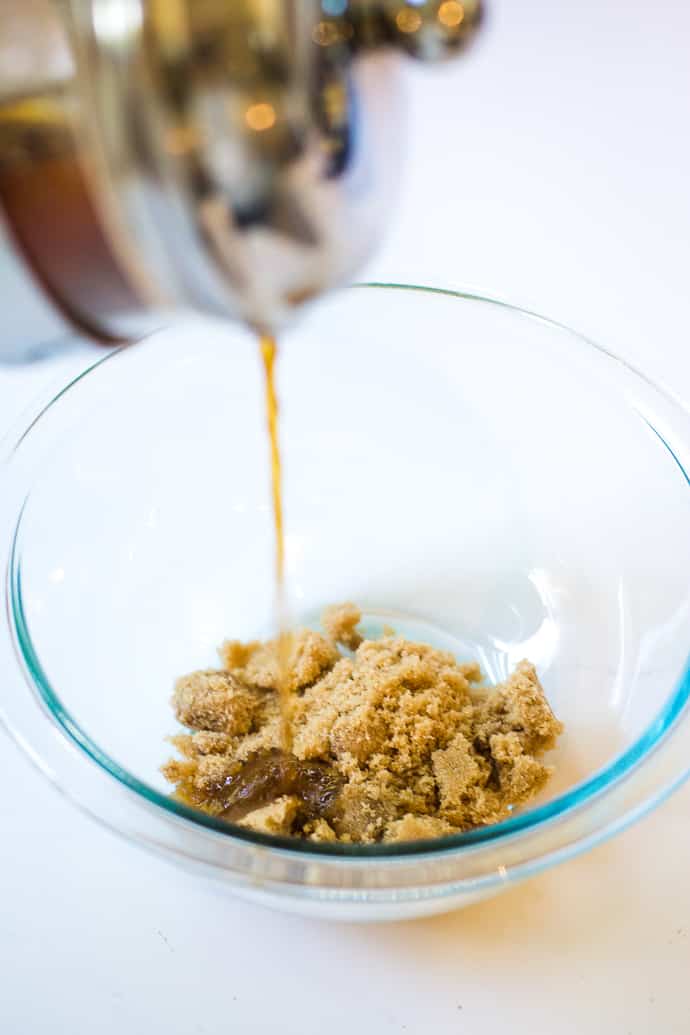 That lovely mixture is then brushed over top of the bacon on each side and then it’s baked up to perfection! 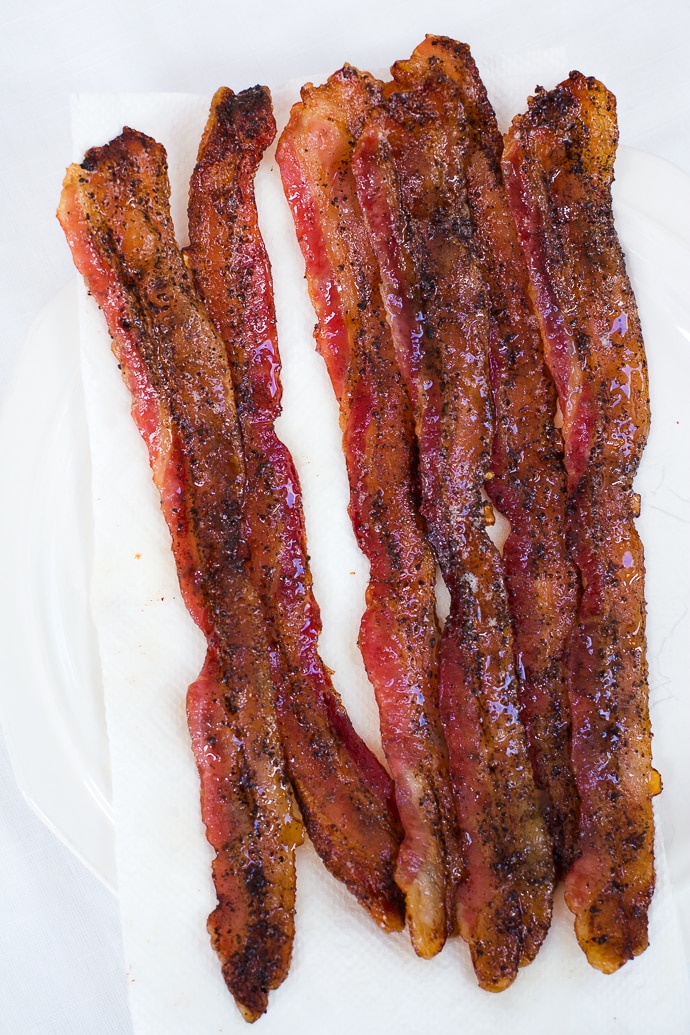 It kind of looks like there’s excess grease on the bacon but really that’s just the brown sugar juices making the bacon extra sweet and extra YUMMY!! I could seriously eat this bacon every single day. I could but I won’t. 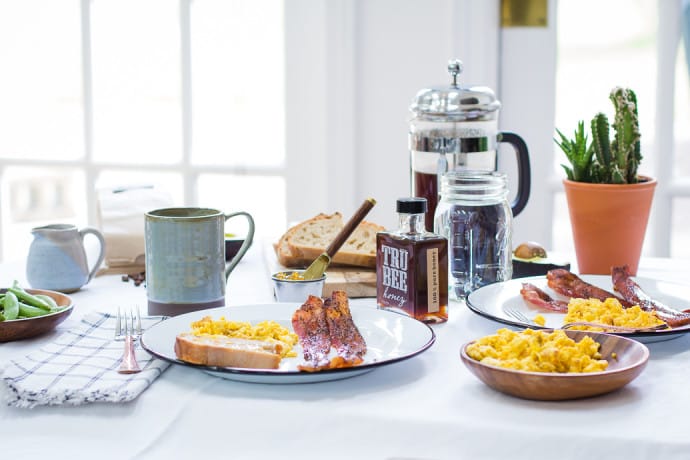 I consider this bacon the PERFECT house-guest bacon. I mean, what guest isn’t going to be thrilled that you’re cooking them bacon? Well, a vegetarian guest, I suppose. But besides them, any house-guest would be so excited about bacon. But COFFEE bacon! You’re instantly the best host ever. I kind of want someone to come stay at my house just so that I can wow them with this bacon.

What other bacon flavors should I try!!?

Oh, and before I forget: here’s your bake along song…