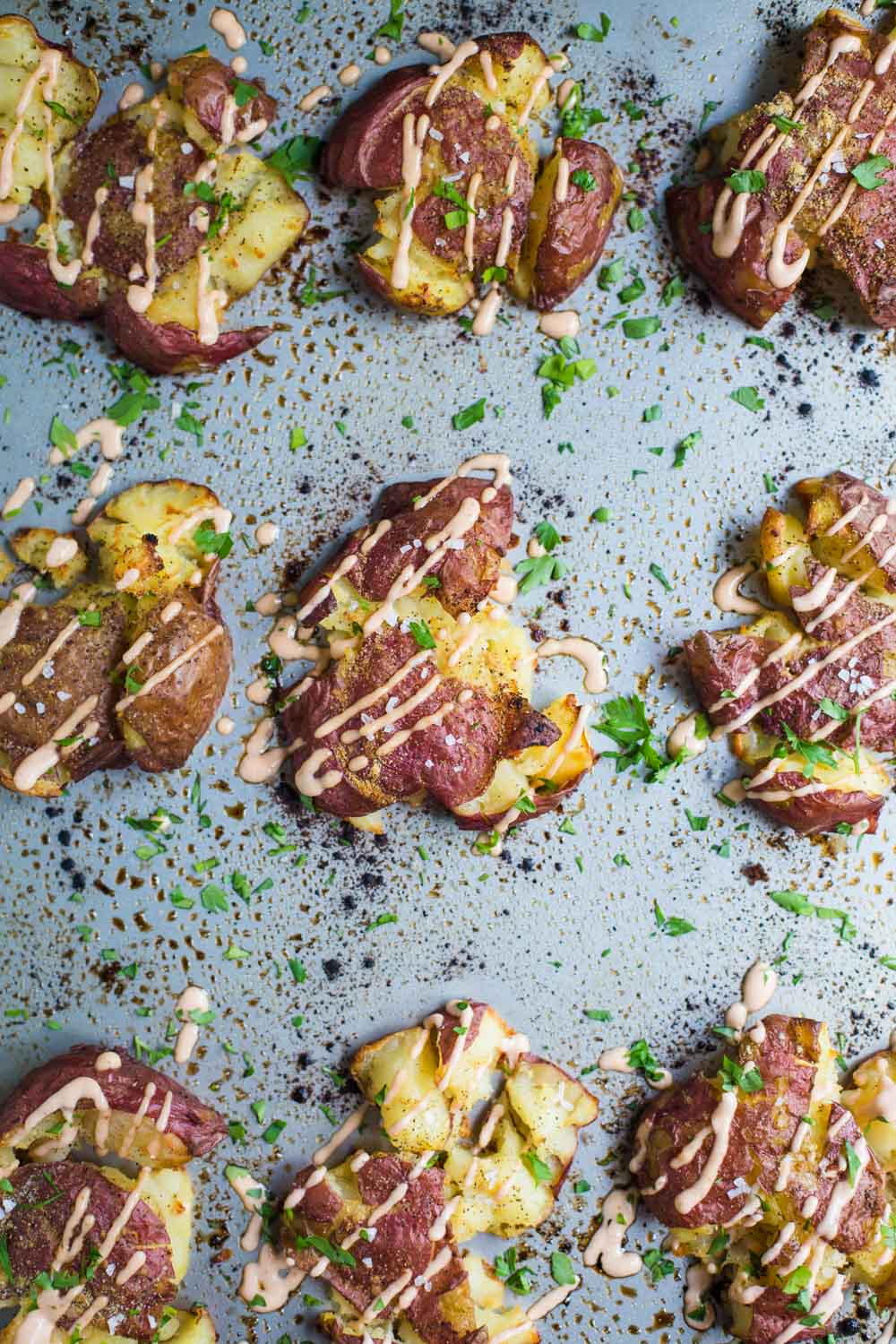 I got well over 8 hours of sleep last night and yet I’m having a morning that feels like I drank my weight in alcohol last night (which, I didn’t). I’m SO tired! Needless to say, lots of coffee is being consumed today.

In good news (I think?) I finally got around to filming a vlog! We’ll see how long it takes me to get it edited but my hope is to have it up by Wednesday. I had a lot going on over the weekend so I figured that it was a good chance to finally dive into the world of vlogging. It’s ridiculous how nervous I was. In the car on our way out Saturday night, I wanted to record a quick clip of my explaining where we were going. Bu,t I was so nervous that I had to re-film it a few times to get it right. <<<<which is ridiculous considering the only person actually in the car with me was Stephen. Oh well. I suppose I’ll get used to chatting on camera the more I do it, right? 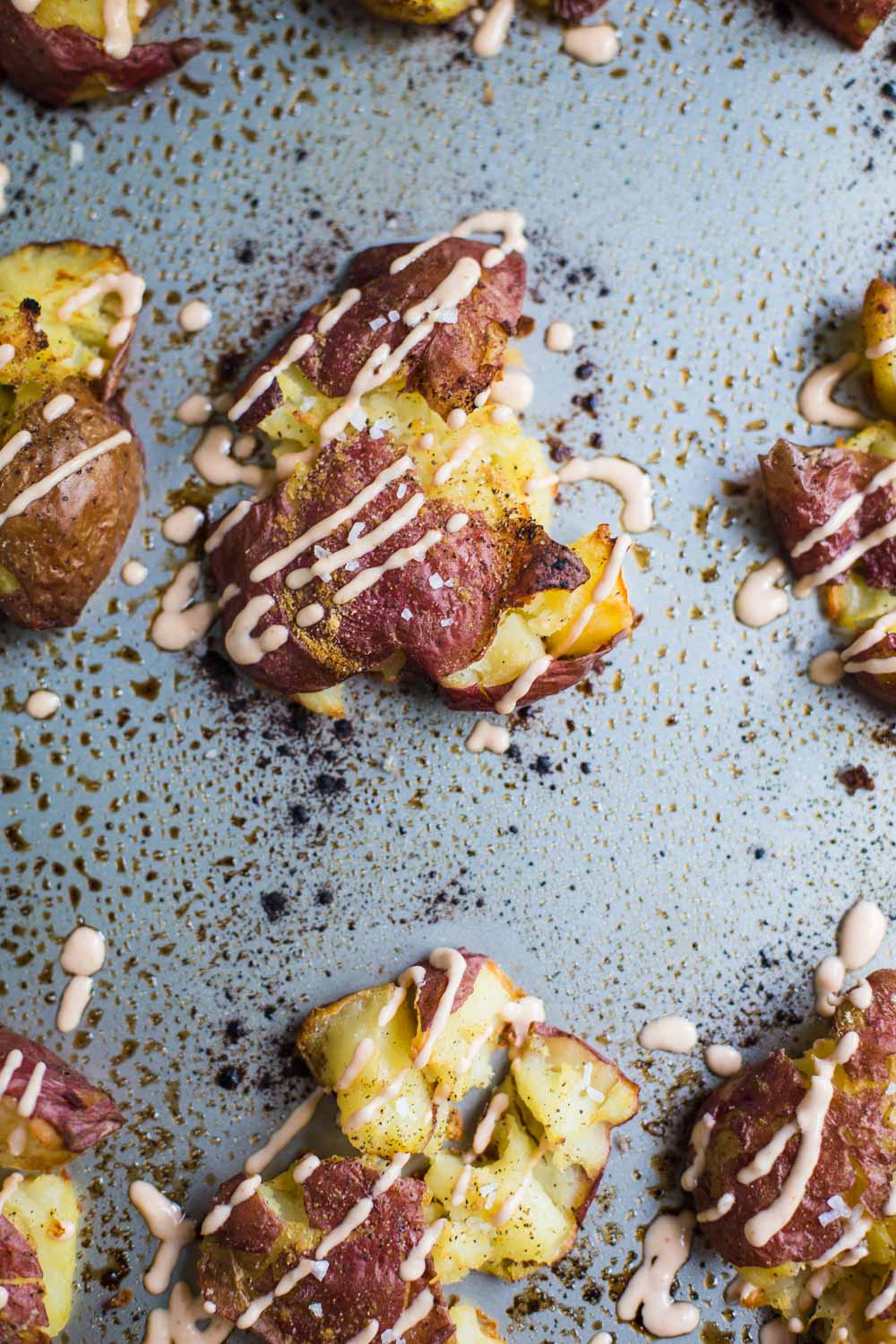 This Crispy Smashed Red Potatoes recipe is one that I’ve had in my back pocket for a bit. I first made these potatoes a good few months ago and crave them on a regular basis. SO yummy, super easy to throw together, and very filling. Plus, crispy potatoes….enough said, right??

To achieve optimally crispy potatoes, we’re first going to boil them until they begin to soften. THEN the potatoes are smashed (the fun part!) and roasted for a bit to crisp em up! It might initially seem like a lot of work to boil potatoes and still have to bake them. But it’s not, I promise. It just takes a bit of time.

Mine are topped with a touch of salt and pepper (duh), some sriracha mayo (obsessed), and a handful of cilantro. <<<I suggest that you do all of those things for maximum deliciousnesssss. 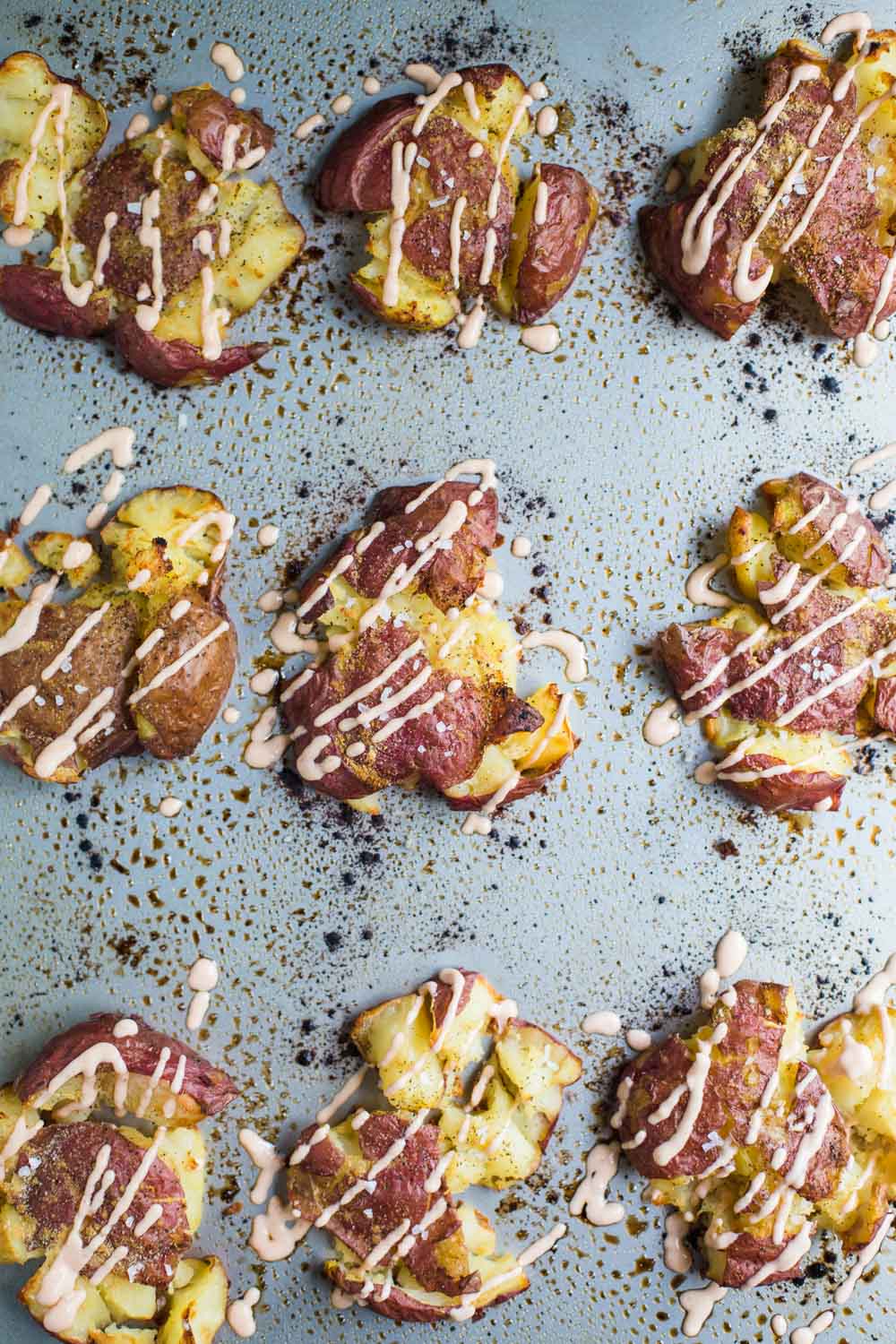 « Previous PostChickpea and Kale Breakfast Skillet
Next Post » Weekend Wonders and a VLOG!