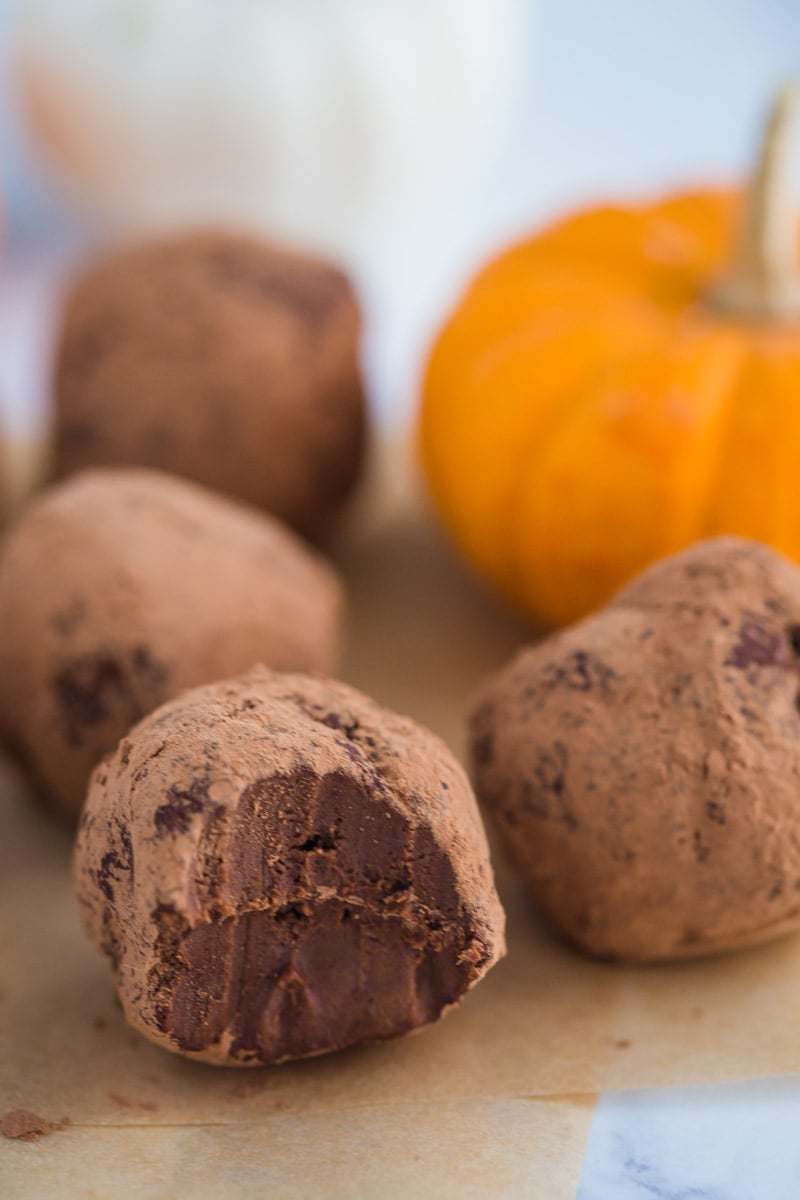 Well hello! Welcome to the Virtual Pumpkin Party of 2017! This is my 3rd year participating and seeing as I could never get sick of all things pumpkin, it certainly will not be my last :D

In case you’re new to the party, the Virtual Pumpkin Party is exactly what it sounds like: a giant group of amazing bloggers bombarding the internet today with ALL THINGS PUMPKIN! You can see ALL of the recipes HERE. And thanks to Sara from Cake Over Steak for hosting the party! If you’ve been around here for a while, you might remember Sara from the Spring Dinner party colab that we did a few years ago.

This year we’re keeping it sweet and simple with these Dark Chocolate Pumpkin Truffles. 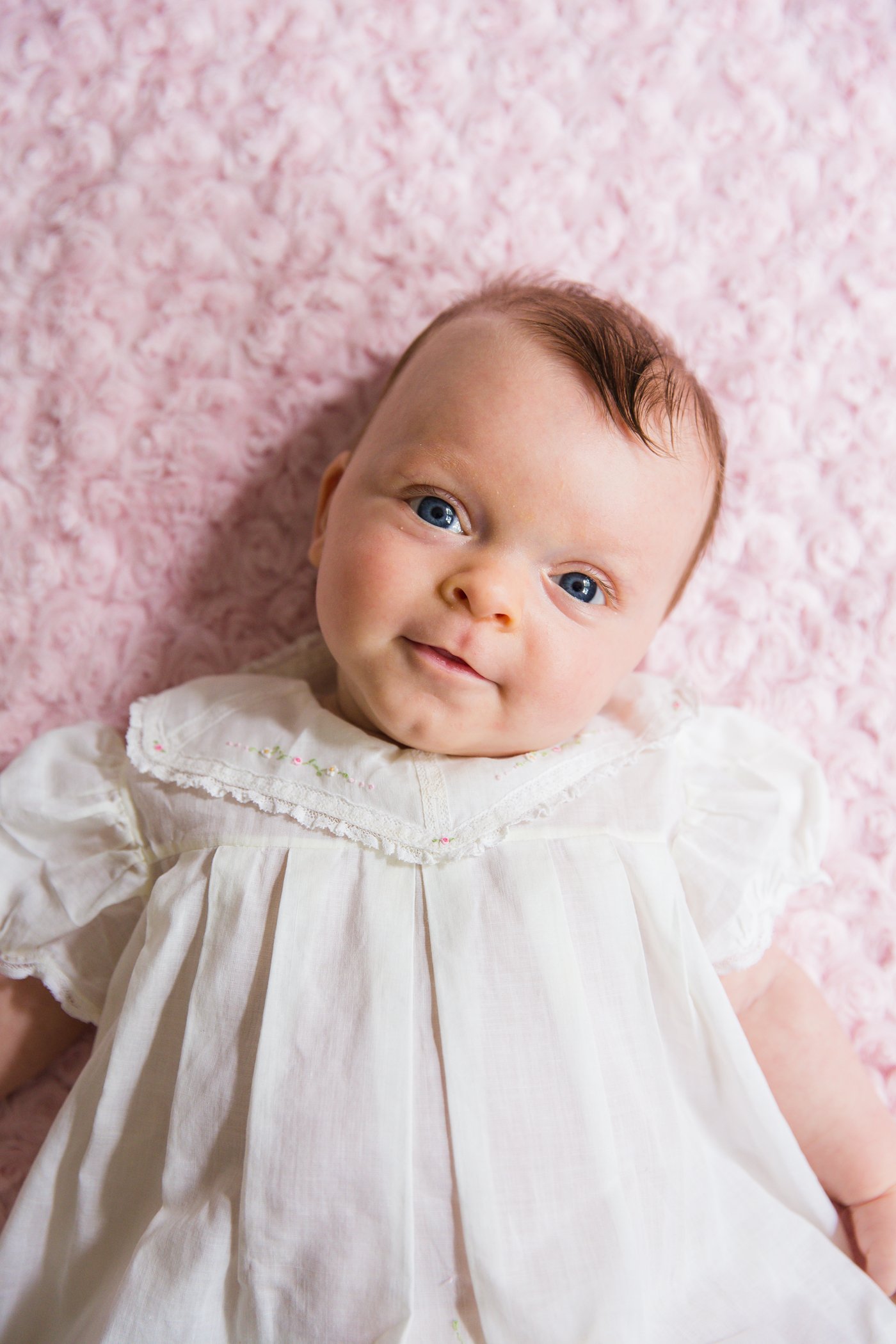 Mr. Britnell’s aunt sent me this dress about a week ago. It’s a dress that his grandmother bought when his aunt was a baby and it was also worn by his cousin who now has 3 little boys of her own. Jemma is the third generation Britnell to wear it and for that, I love it SO much.

She was in such a happy and playful mood when I took these photos and they’re now my new favorite pictures of her ever. I this one as the lock screen on my phone and it makes me SO HAPPY every. single. time. that I go to unlock my phone.

Soooo yea. These truffles. Why don’t people make truffles at home more often? They’re SO easy and so ridiculously decadent. 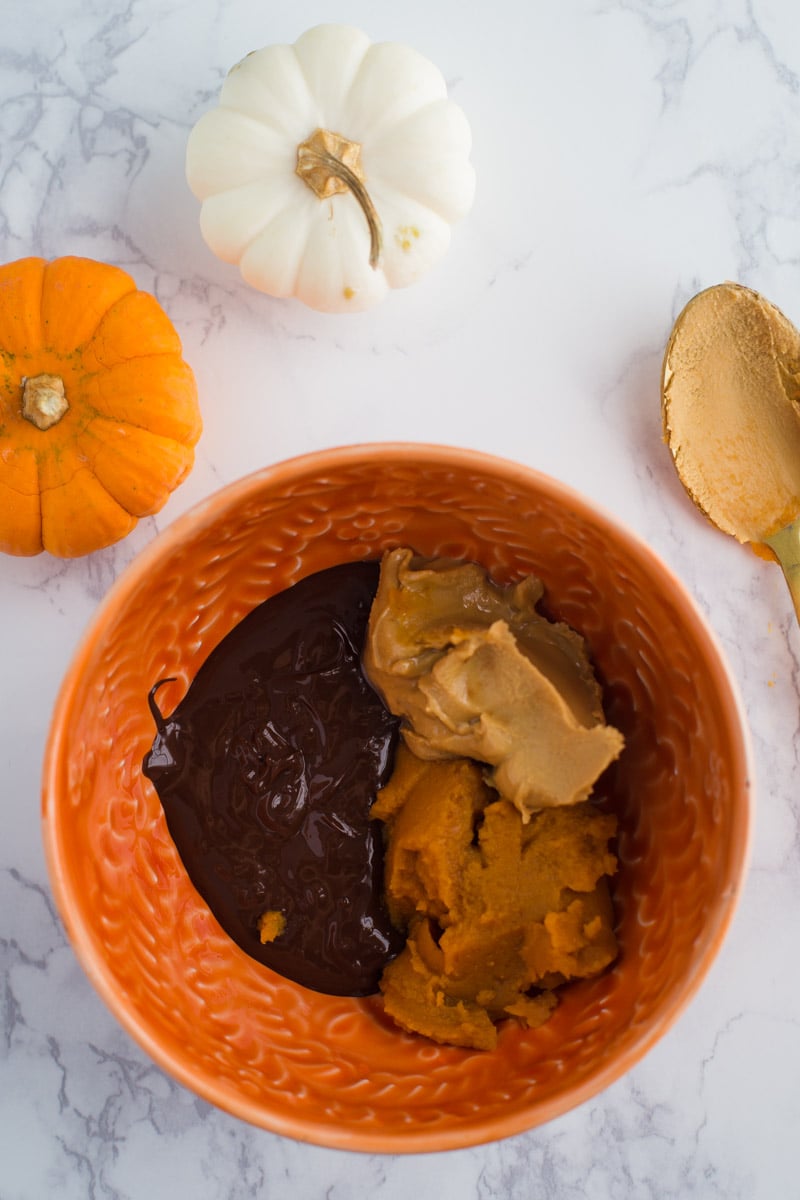 Dark chocolate is melted and then almond butter and pumpkin are mixed in while the chocolate is still hot and steamy. Then a bit of greek yogurt is stirred in. Traditionally, truffles are made with heavy cream. But, I wanted to make these a bit lighter and a bit healthier. So instead, we’re using greek yogurt.

I haven’t actually tried it, but I bet that that coconut yogurt would work well in place of the greek yogurt if you want to make these dairy free/ vegan. 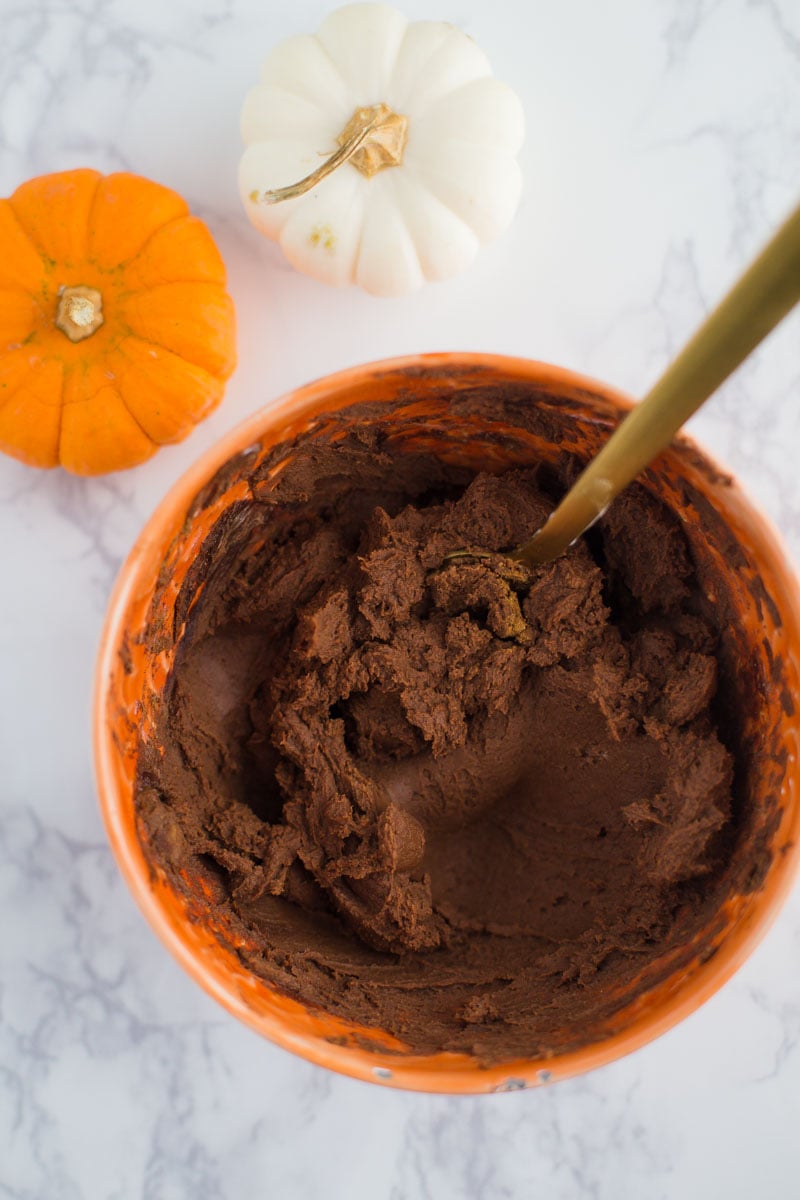 Once everything is combined, the mixture sits in the fridge for a few minutes to harden up again before being rolled into cute little balls of chocolate, pumpkin-y goodness. 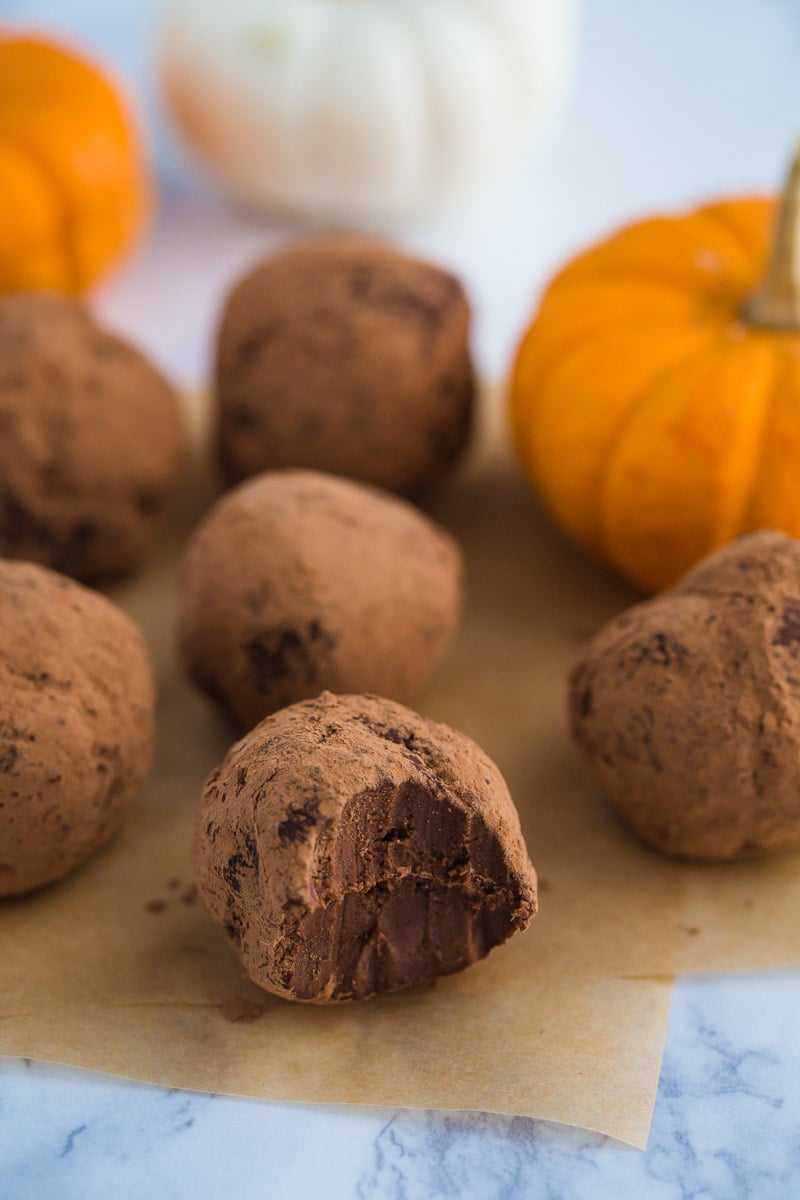 That’s all I have for you on this Monday morning! Don’t forget to go to hope over to Sara’s blog HERE to check out all of the other pumpkin recipes being posted today!

Have a lovely week, dear friends!

In a medium bowl, melt the chocolate (either using a double boiler or in the microwave).

While chocolate is still hot, stir in the almond butter, pumpkin, and pumpkin spice. Once combined, stir in the greek yogurt until fully combined.

Place in the fridge for 15 minutes to let harden.

On a small plate, stir together the cocoa powder and sea salt. Set aside.

Take about 1 tablespoon at a time (more or less….as you wish), roll the mixture into a ball with your hands and then roll it into the cocoa powder and sea salt mixture until fully covered.

Enjoy immediately or store in the fridge for later!