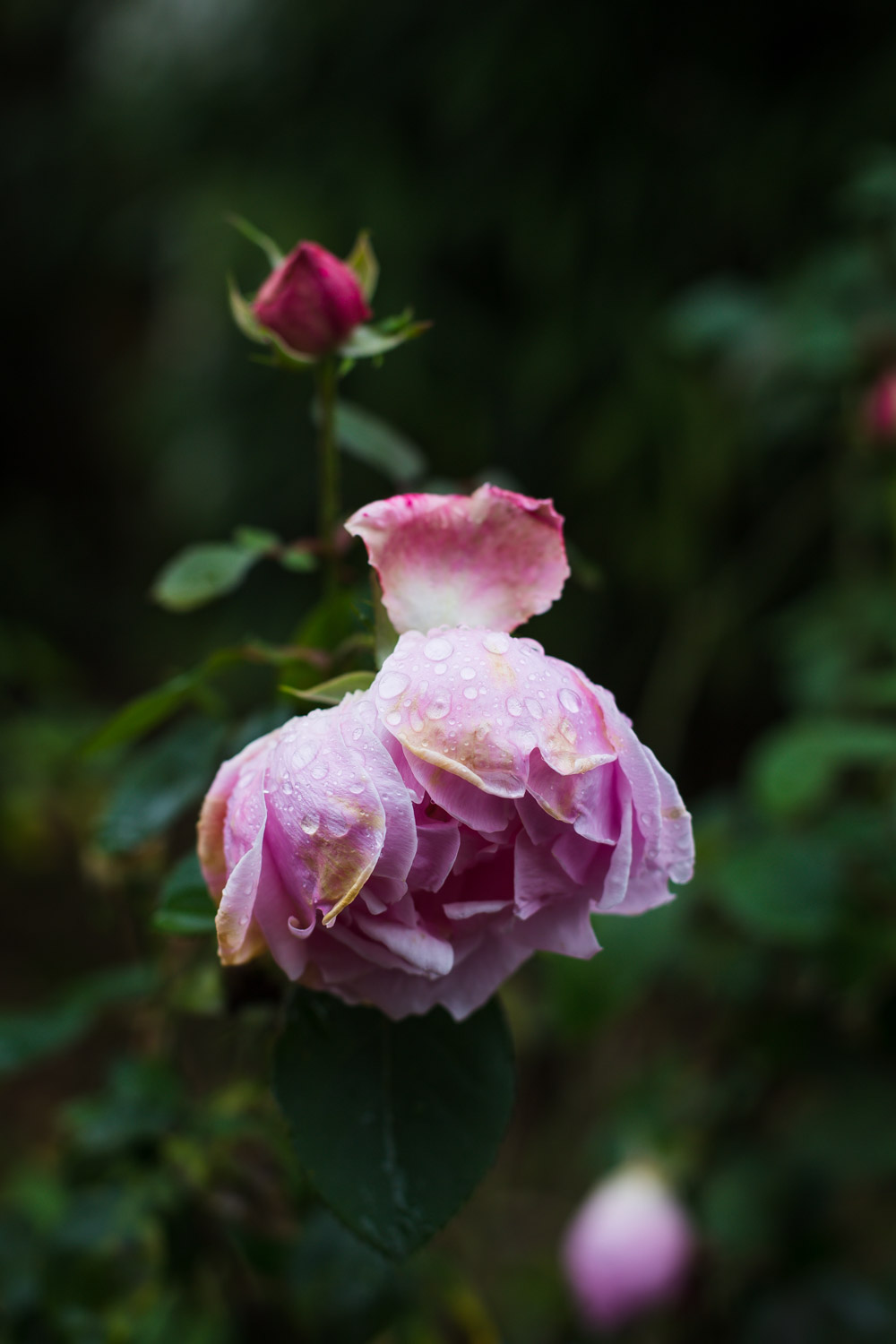 I’m writing this post from a ridiculously hipster coffee shop in Portland, Oregon. It’s a post I’ve thought about writing for some time now but also a post that I always hoped would never be necessary.

I also never intended to write this post today, but, there’s just something about traveling that always makes me take a big step back from my life and see it all in a slightly different way. I think it’s simply that when I’m at home, I’m busy doing things ALL of the time. However, now, in another city, I’m able to slow down a bit and…think.

I’m just going to come out and say it all so that the awkward part is over….and then maybe explain a bit more. We’ve been trying since last summer to get pregnant. The process has been one of the most exhausting and trying things that I have gone through. It was fun for the first 9 months but now, it kind of just sucks. Younger me never would have believed that I’d be almost thirty and still didn’t have kids.

In July of this year, I finally got a positive pregnancy test. We were cautiously excited. I told three good friends of mine (mostly because all three of them were also pregnant) and no one else (I mean, besides Stephen of course). I watched every day as the line on the pee stick got darker (yes, I KEPT taking pregnancy tests even after getting the initial positive test). I just so happened to have my yearly gyno appointment scheduled for the next week. They confirmed the pregnancy and set up my first ultrasound.

Unfortunately, the pregnancy wasn’t viable. It was a very early miscarriage which, if I’m looking at things positively, I’m very thankful for (the *early* part, not the miscarriage part).  Shortly after that, I found out how sick my father was and haven’t really had the mental or emotional capacity to even think about the whole baby thing much….until now. On many levels, this has been one of the MOST trying years of my entire life. I’ve dealt with a lot of things that make life what it is. Things that as a privileged, very lucky, and very sheltered person, I’ve never had to deal with.

My main goal here is simply to talk. Talk through this whole thing with myself, talk through it with you, talk through all of it with SO many women (and men too really) that I know have, are, or at some point will go through the same thing. Because it really fucking sucks.

And ya know what, NO ONE REALLY TALKS ABOUT. I mean, if you don’t want to talk about it, that’s 100% cool (honestly, I have a lot of respect for that). But if you do want to talk about it, you absolutely should feel comfortable doing so. Up until now, most people didn’t even know that Stephen and I were trying to get pregnant. It wasn’t something that we talked about publicly, even with our closest family members. Which, is kind of ridiculous. I felt like I wasn’t supposed to talk about it. Like some weird taboo. Like, couples haven’t been making babies since…the existence of mankind.

I was amazed to find out that something like 1 in 4 women have at least one miscarriage in their life. 25% is a HUGE number considering about .001% talk about it (that last number is completely made up, for the record).  I would have guessed that it was something more like 1% of women have a miscarriage at some point in their life. Nope. one. in. four. I have also read that anywhere between 10-20% of all pregnancies end in miscarriage.

When I went to the bathroom at work and saw that I was bleeding immensely, I felt ashamed. I lied to my boss and my co-workers for days saying that I just didn’t feel good and needed to take a couple sick days (which I guess wasn’t technically a lie…just not the whole truth). I was so ashamed. To say to my boss “I need to take a couple sick days because I had a miscarriage” seemed bad, sinful, and most certainly unprofessional. “Keep your baggage to yourself” is what I heard in my head. I wouldn’t have DREAMED of telling them the truth which….looking at it now, seems pretty ridiculous. Why did I feel such a need to hide something that is 1) natural 2) extremely common and 3) completely out of my control. And, just for the record, I work with some genuinely wonderful people. It wasn’t them specifically that I was ashamed to tell but rather the social norms I felt the need to follow.

So, I’m simply here today to talk about it. To put this out there: I had a miscarriage. It sucked. I want very badly to be pregnant and to have a baby and it’s simply not happening for me right now. It sucks. I feel ashamed to say it all out loud, like a cuss word whispered in a room filled with sweet old ladies you’re scared will think less of you. It. Sucks. I genuinely try and stay on the positive, upbeat side of life, but lately, I’ve struggled with that.

I promised myself that the whole “making a baby” process would just be fun. I wasn’t going to be one of those crazy women that bought fertility books, took ovulation tests, checked my temperature, and said things like “okay honey, it’s that time of month!” (bleh!). And ya know what, I’ve managed to do all of those things lately (minus the whole temperature thing but only because I haven’t figured it out yet). I hate that making a baby didn’t come naturally to us. I mean…you know what I mean. I envisioned that we would start trying for a baby and within about 6 months, be breaking the happy news to our parents. Easy. Fun. <<<<<not real life.

I read quite a bit about “rainbow babies” which are babies conceived shortly after a miscarriage. My miscarriage was early enough on that I was able to start trying again right away and felt certain that it would work out in this way for me. But, not so much. I held onto that hope pretty tight and when it didn’t happen, the reality of the lose hit me even greater.

Last year I was certain that we’d be buying cute little onsies to give our parents at Christmas that said “World’s best grandparents” or something equally as cheesy to break the news. When that didn’t happen, I thought, okay, there’s still Valentines Day. Nope. Mother’s Day? Nope. Groundhogs Day perhaps? Nada. Then I figured…alright THIS Christmas, those damn onsies are gonna happen this year. Sorry mom, not this year. Maybe mothers day of 2017?

The not knowing is the hardest part. Maybe something’s wrong with me. Maybe we just haven’t gotten “lucky” yet. And not to sound bitter or anything but PLEASE do not tell me that “it’ll happen when it happens…just don’t think about it”. Or else, I might punch you. Add those to the list of things you should never say to a wanna be parent. Although, to be perfectly fair, I know you’re only trying help.

Another challenge for us in all of this has been the waiting. In many aspects, we’ve pressed pause on our lives waiting for something that hasn’t yet happened (and that we’re not 100% sure even will). I quit playing roller derby last year….turns out, I could have played this entire season with no problem to a fetus. I actually went back to skate this past summer thinking that maybe I’d take it up casually. 2 weeks later I got the positive pregnant test so naturally I stopped attending the practices of my full contact sport. Then the miscarriage happened and I just never went back again. We also passed up what looks like a very lovely trip to England with Stephen’s family. When the trip was first mentioned to us, we discussed it and decided not to go because we were sure that I’d be either 7+ months pregnant and not really wanting to travel OR even better, we hoped we’d have a newborn baby at the time.

It’s hard to go on as normal, making plans and mapping out our future, when we’re hoping for such a life changing event to occur (but it doesn’t). It’s like being in this weird state of limbo that I’m powerless to emerge from.

Its all made me take a step back and think to myself “Are you sure you even want kids!?”. Turns outs, the answer to that is a resounding YES. No doubt about it. I’m officially very ready.

I’m ashamed to admit this, but seeing other women who are pregnant or already have babies makes me jealous. Hearing of my many friends and family members who got pregnant their first month of trying makes me jealous (and irrationally a little angry). And yet, I’m simultaneously nothing but happy for them. I wouldn’t wish this feeling on my worst enemy. I realize that the jealousy is irrational and unfair but admitting that I feel that way helps me move past it.

I think a few of my friends lately (who know I’ve been trying) have been nervous to tell me they’re pregnant or talk to me about their pregnancies and I feel terrible about that. So, please don’t hesitate…I want to celebrate with you (I promise!).

I greatly apologize if this post came across as overly negative. That was not my intention. However, the honest truth is that I’ve kept most of these feelings hidden away for too long and with too much shame. I do my best to see the positive in all of this but I also think it’s 100% fine to just say “Ya know what, this fucking sucks and I want to talk about”. So….

Hi, I’m Brita and my husband and I are trying to get pregnant. Welcome to that journey. Because I’ve opened up about all of this, I want to keep talking about it. I hope to post a few more times about the process, possible next steps, and continued feelings. Hopefully, future posts will be significantly less rambly and a tad bit more organized. But, I can’t make any promises.

And, I really hope to make this a conversation. If you’ve gone through (or are going through) something like this and want to talk about it, PLEASE let me know. Leave a comment or you can email me privately.