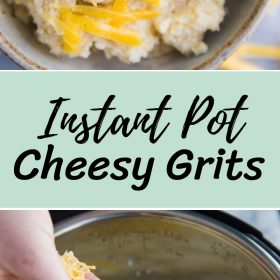 This Instant Pot Cheese Grits recipe makes this classic southern dish SO easy to throw together and the perfect savory breakfast or even side dish! 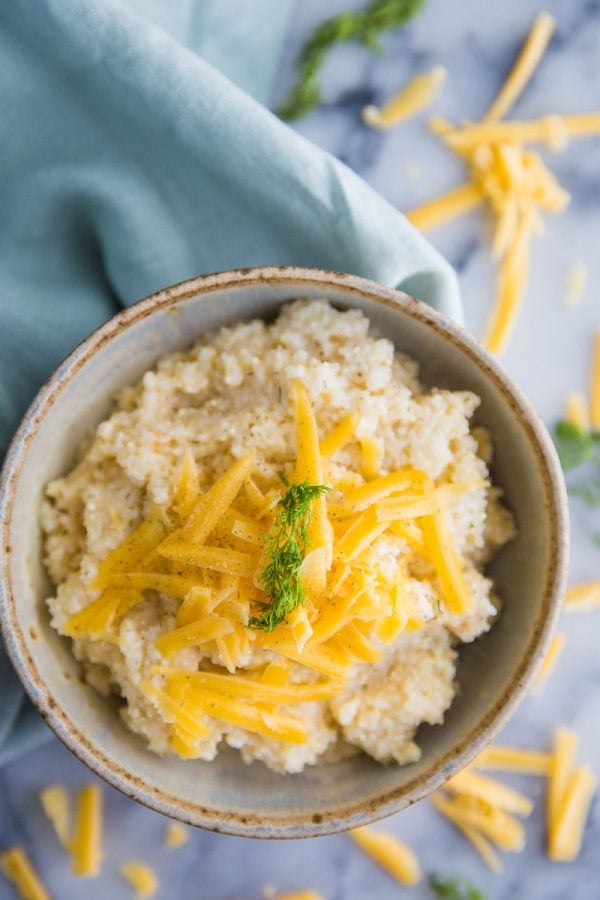 I’m so excited to be sharing this recipe with you today! I’ve partnered with Tillamook on this post to let you know that their DELICIOUS cheese is now being sold nationwide (!!!!)!

To celebrate, they asked me to share a regional recipe using one of their cheeses. Naturally, being from the south, my mind went STRAIGHT to grits. Well, actually, the idea, was largely inspired by Stephen who ended up taking the lead on this recipe and tested it out quite a few times! So, welcome to the first recipe, of hopefully many, by Stephen! 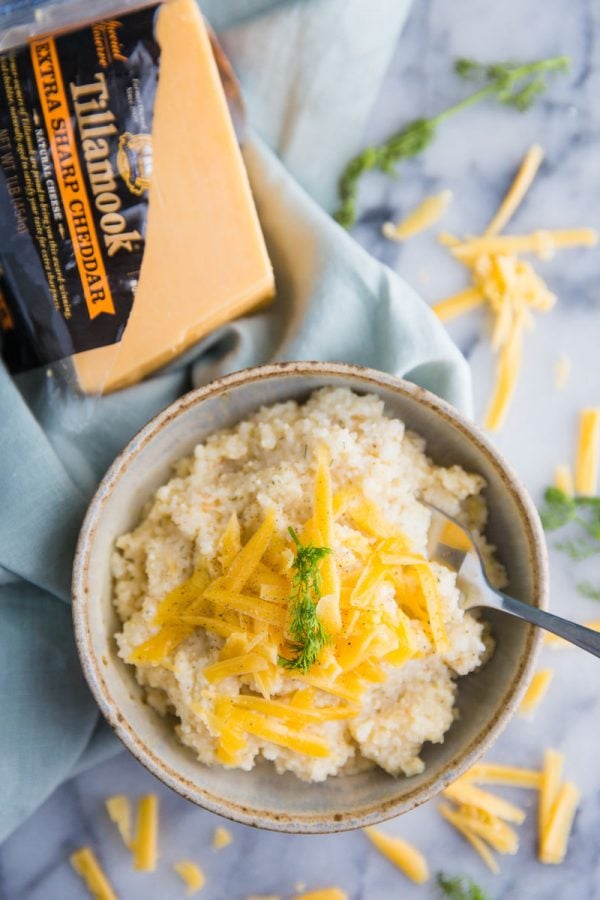 I used Tillamook’s Special Reserve Extra Sharp Cheddar for these cheesy grits. When given the option, I will ALWAYS choose the sharp (preferably extra sharp) cheddar cheese. ALWAYS. But of course, their medium cheddar (or really any of their loaf’s of cheese) would work nicely for this simple recipe.

Let me tell another reason that I love Tillamook cheeses. They are guided by the belief that everyone deserves REAL food that makes them feel good every day, which is why Tillamook Cheddar is Dairy Done Right – crafted with time for the boldest flavor and in the most natural way possible. I’m totally on board with this and secretly hoping that I get invited to visit one of their farms in Oregon soon bc we all know how much Stephen and I LOVE Oregon (why don’t we just move there already!?). 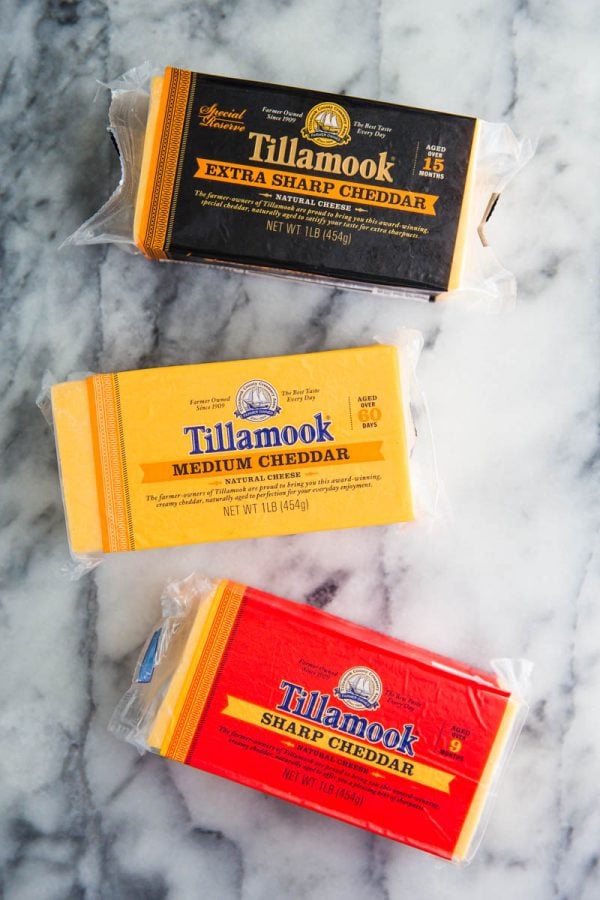 Earlier this year, when Tillamook first expanded eastward, they sent me a sample pack of some of their products. I took a few of their cheeses with us on a cabin trip with friends. Without saying anything to anyone, we used some of their sliced cheese on sliders and EVERYONE commented on the deliciousness of the cheese.

In addition to their loafs of cheddar, we’ve also tried one of Tillamook’s cheese starters that we used for super easy and super creamy mac n cheese. It was SO GOOD and I’ve been meaning to get my hands on another one asap. Huge fan of those. 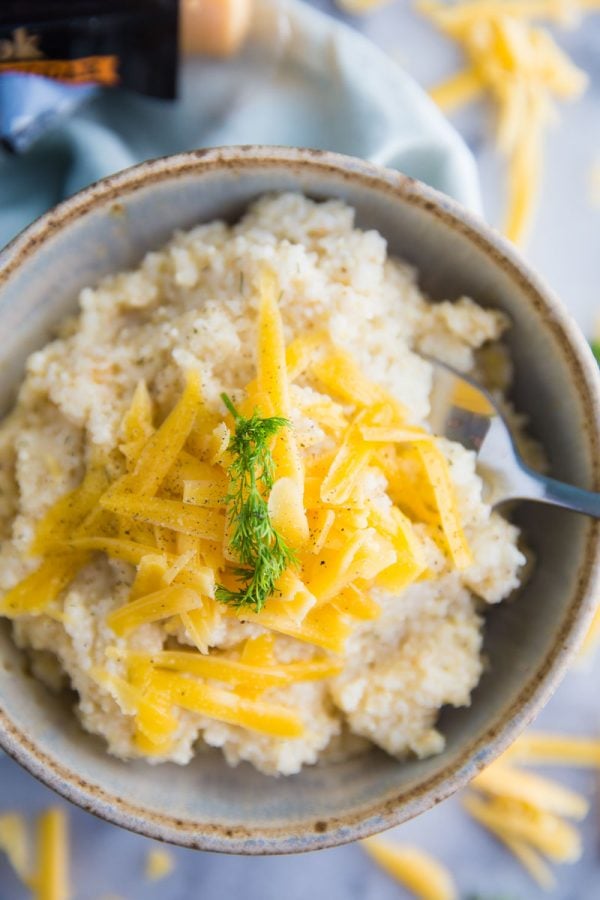 How to Make Cheese Grits in the Instant Pot

Do you own an instant pot? We’ve actually had one for over a year and use it at least several times a week. For the first 6 months that we owned it, all I used it for was rice (it make PERFECT rice!) but when they started getting super popular and recipes were popping up everywhere, we tried a few more things out.

Grits in the instant pot are as easy as rice. Just stir in the stone ground grits, water and a bit of salt and then set your instant pot to manual high pressure for 10 minutes. When it’s done cooking, you’ll let it natural release the pressure for 15 minutes. After that, all you have to do is stir in the Tillamook Cheddar Cheese, spices, milk, and herbs. DONE!

I love being able to throw the grits in the instant pot and not have to worry about going back to stir then and check on them every couple of minutes. 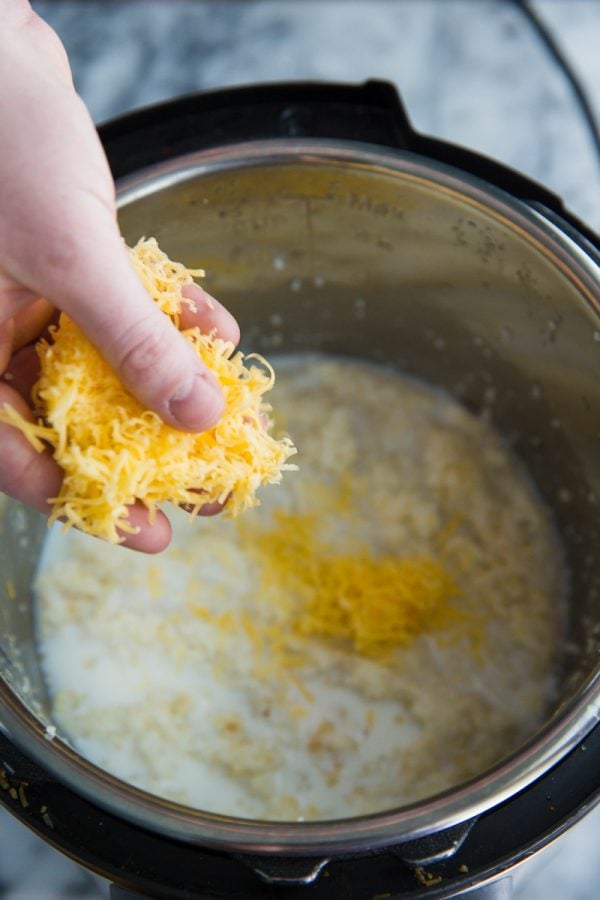 Click HERE to find out where you can get your hands on Tillamook’s amazingly delicious cheese’s.

Thank you to Tillamook for sponsoring this post and thank you for supporting the brands that support Food with Feeling!