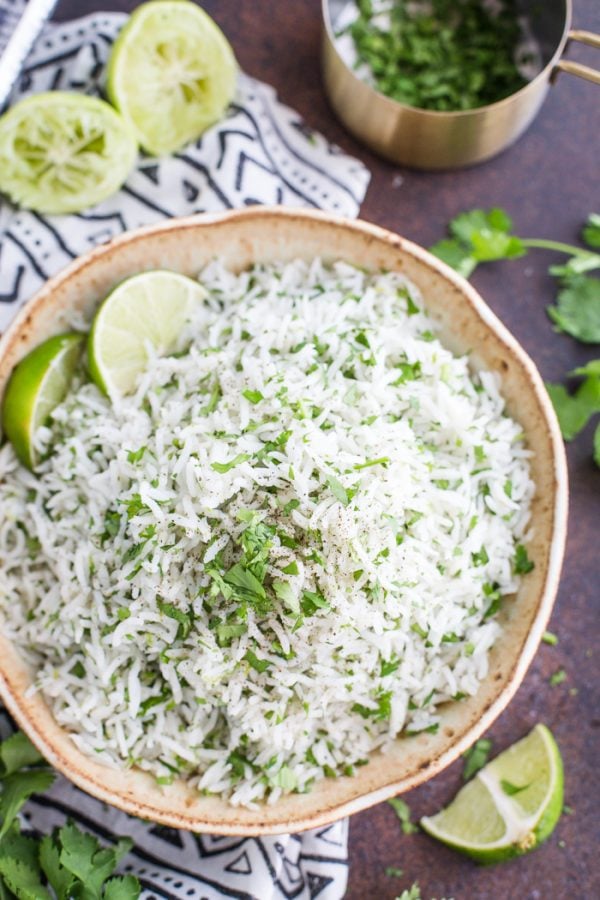 Show of hands who else is obsessed with the cilantro lime rice from Chipotle ?? While I’ve never done it, I could legit eat a bowl of this rice ALL on it’s own.

So naturally, I needed my own version of this rice at home! And since I make ALL rice these days in my Instant Pot, we’re making Instant Pot Cilantro Lime Rice. OBSESSED! 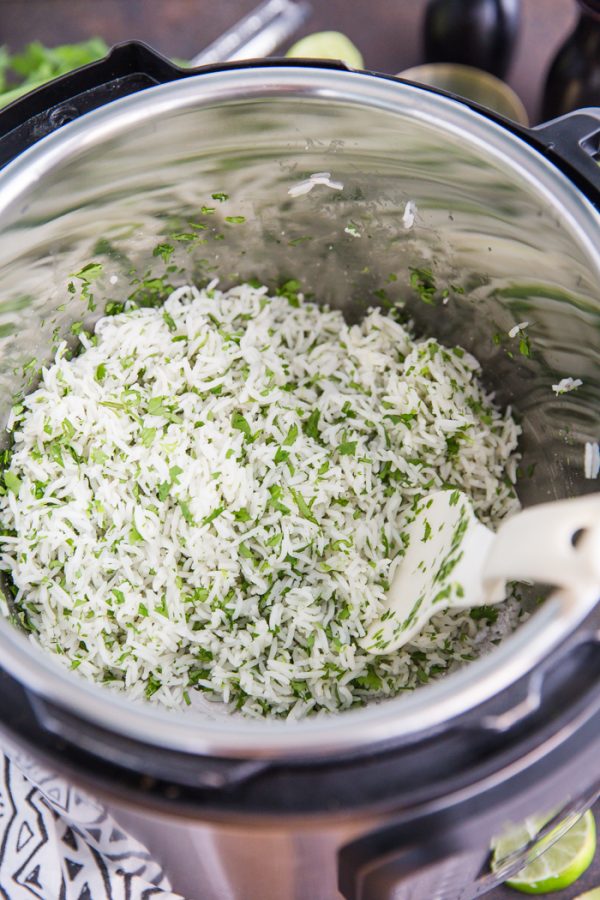 I’ve actually been meaning to post this recipe for SOME time now. I’ve made it several times since taking these photographs and remembered last night that I needed to get this amazing recipe OUT into the world asap.

But first, I have a question: do you have an Instant Pot? They’re all the rage right now but I realize that not everyone actually has one. There are a lot of large, relatively expensive kitchen items that you do not necessarily need BUT I would not say that the Instant Pot is one of them. We use ours more than our stand mixer and often more than our blender. I really couldn’t live without it and have NO idea how I cooked grains before getting this (actually I do: it was on the stovetop and I often forgot about them leaving them to burn on the bottom ?).

If you’re new to the Instant Pot, or just want more recipes, check out this blog post that my friend Lorena recently wrote. She has SO many great Instant Pot recipes! 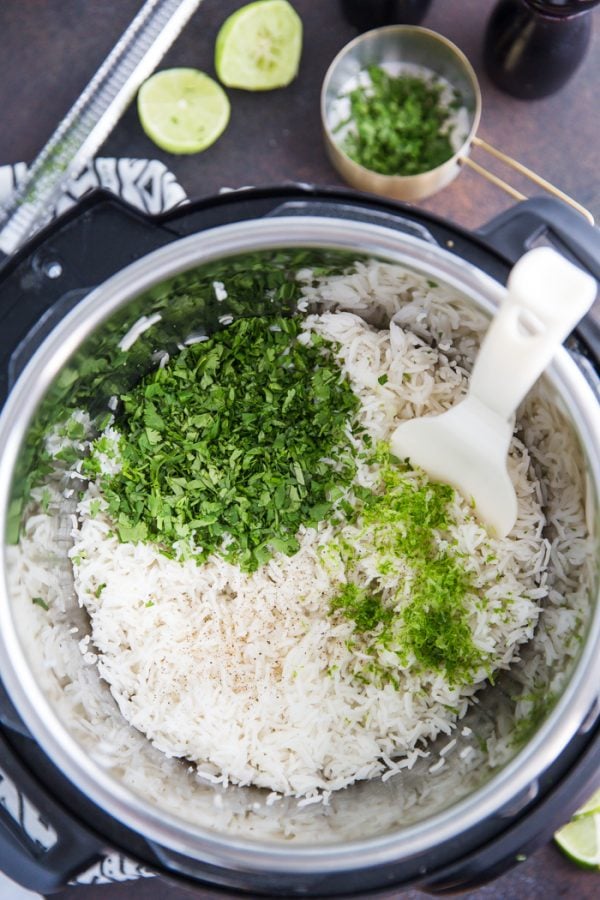 We start by making my Basmati Rice in the Instant Pot.

After that, all you do is mix in salt and pepper as well as the juice and zest of a lime as well as some cilantro.

DONE. Can I really even call this a recipe? 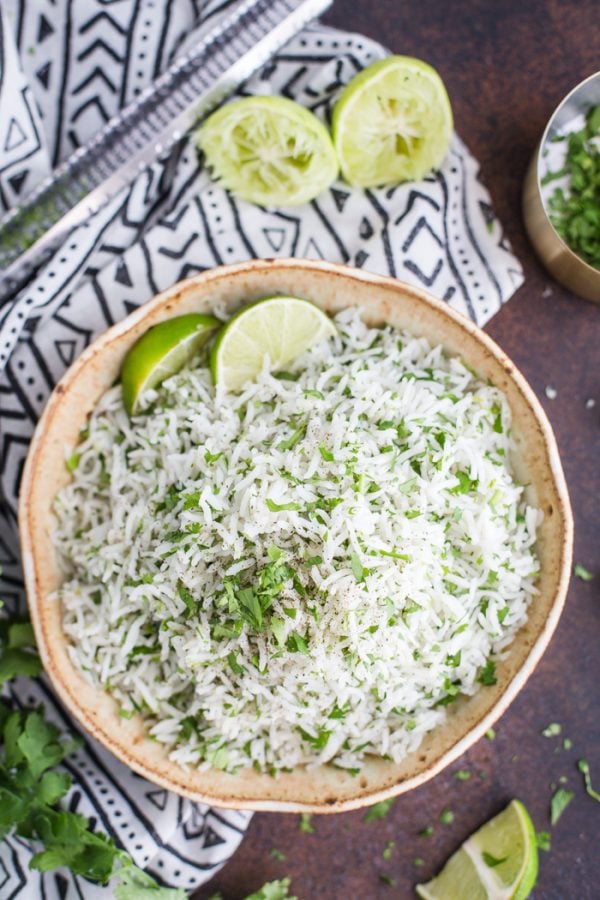 If you like this recipe, you should also check out my Instant Pot Mexican Rice. SO simple and SO delicious!