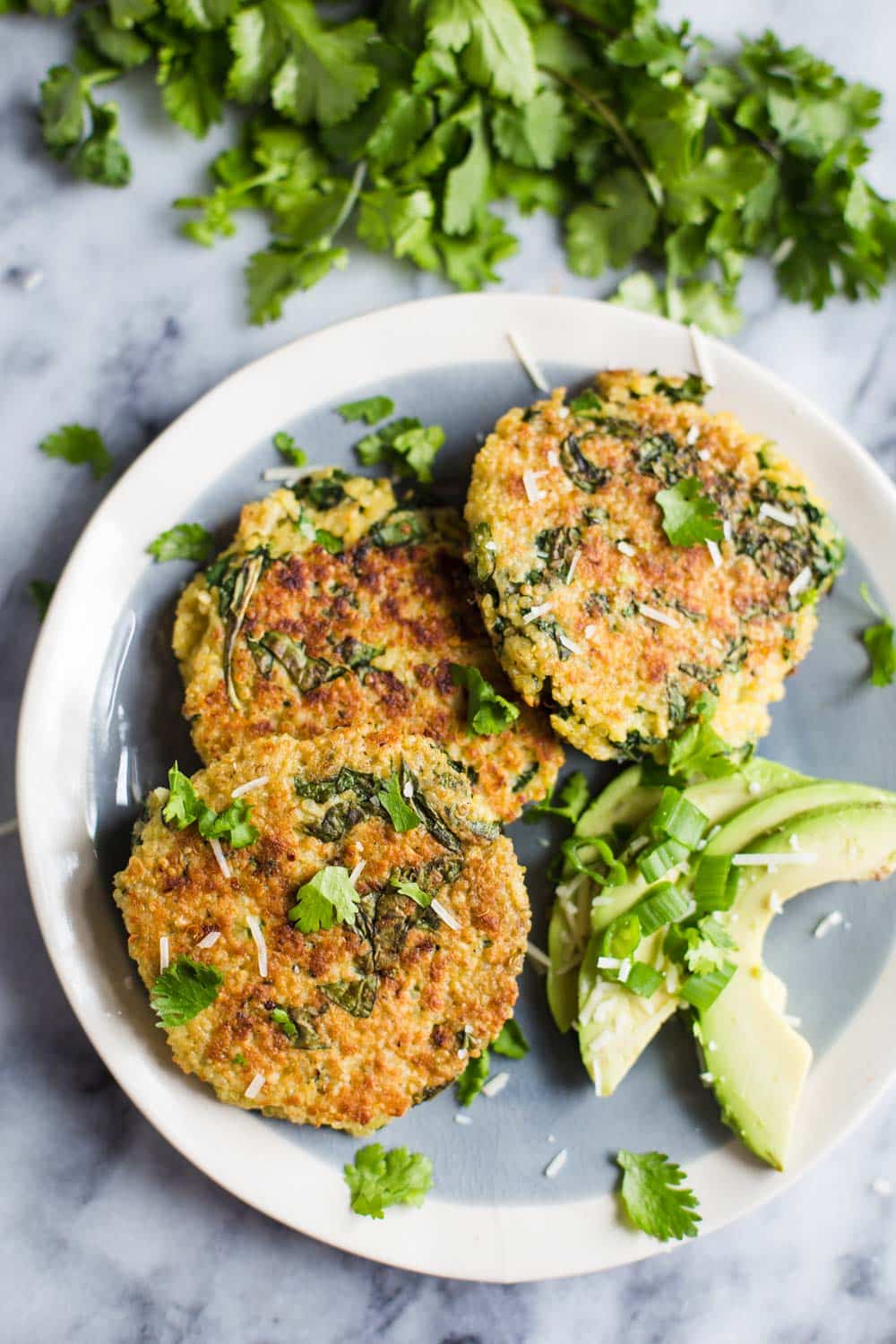 I’ve made these Kale & Quinoa Patties at least a few dozen times over the past few years so it’s safe to say that it’s a household favorite.

I actually originally posted this recipe back before I really knew that food blogging was a thing and back when I thought that I was just going to have a series on my blog called “Food Friday”. Those were back in my baby blogging days. You can see the post HERE but I’ll warn you: it’s pretty bad!! I often debate removing those earlier recipes from my blog because I’m so embarrassed by how terrible the photography is. And at the same time, I’m very proud of how far I’ve come in just a few years so I leave those posts up as a reminder of that.

Over the years, I’ve eaten these patties in pretty much every way possible. I’ve put them on buns and eaten them as a burger, I’ve topped them with avocadoes and goat cheese and cottage cheese and all kinds of other yummy toppings. I’ve eaten them with a fork and knife and I’ve also eaten then straight out of the skillet with my fingers.  I’ve eaten them for breakfast, lunch, dinner, and definitely as the occasional snack. Needless to say, I’m a pretty big fan and make these on a very regular basis. (psst, you should too!) 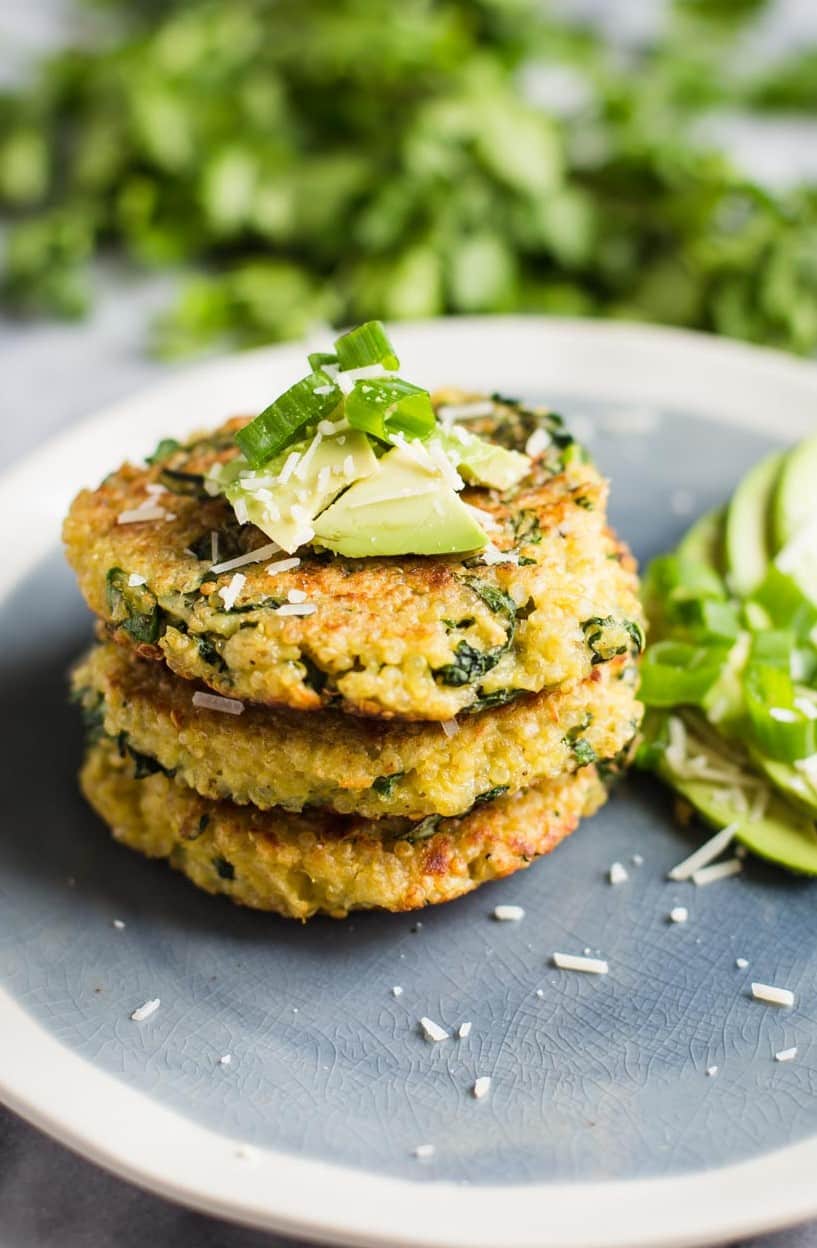 As family recipes typically go, I’ve adapted it a bit over the years. I’ve found some great little shortcuts and am at the point that I don’t even look at the recipe anymore when making them.

Quinoa is cooked in typical fashion. Once it’s done and the heat is turned off, the chopped kale is stuffed into the pot on top of the quinoa and covered to sit for a bit. After about 8 minutes, the kale is nice and steamed and can be mixed into the quinoa. 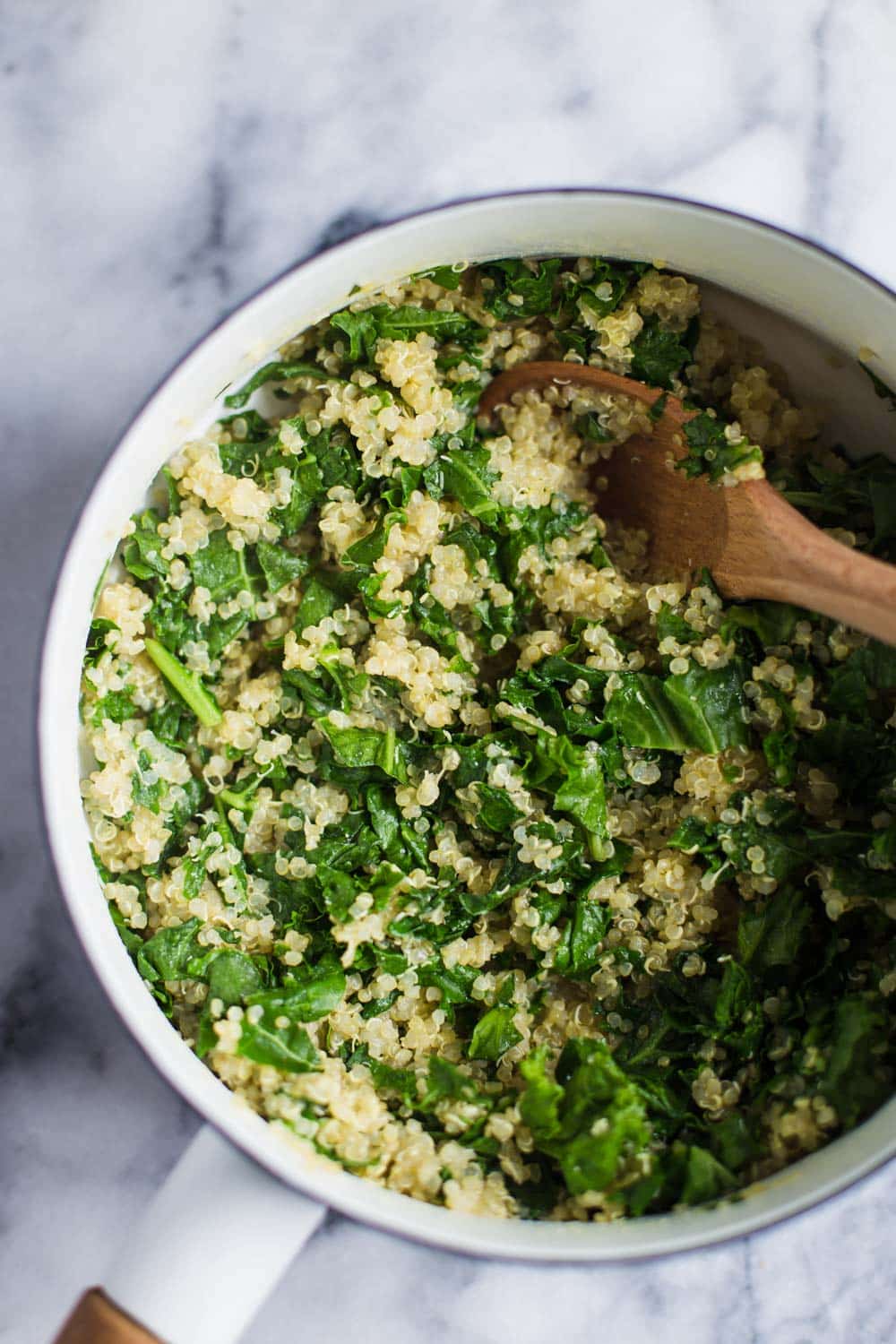 Making the rest of the recipe is as easy as mix everything in a bowl and then forming the mixture into patties to be cooked in a big skillet. 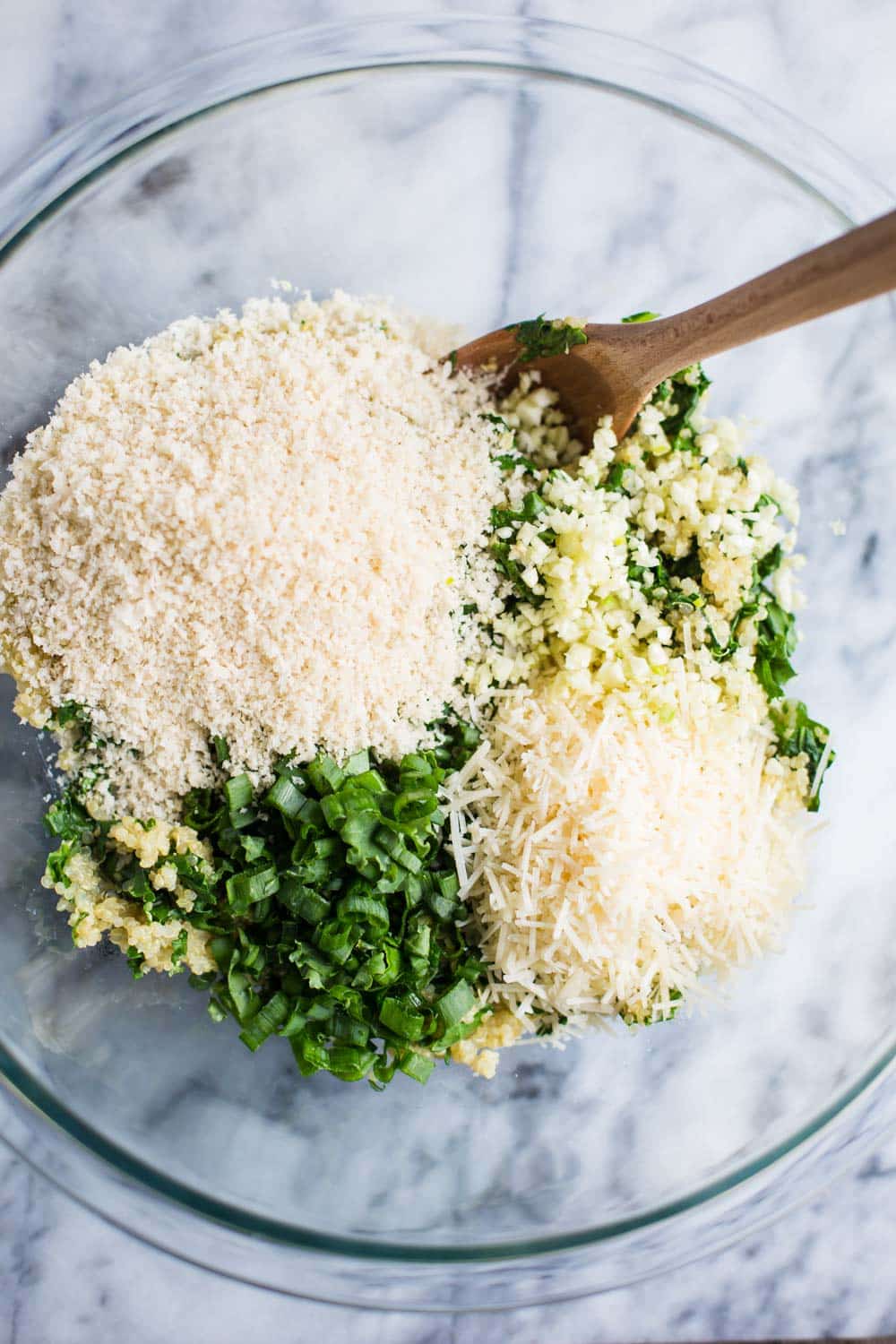 I’ve made this recipe multiple times before without the cheese in it and I’ve also made it with gluten-free breadcrumbs. It’s very adaptable which I love it for.  But, at the end of the day, this is my very favorite version of the recipe; panko and parmesan included! 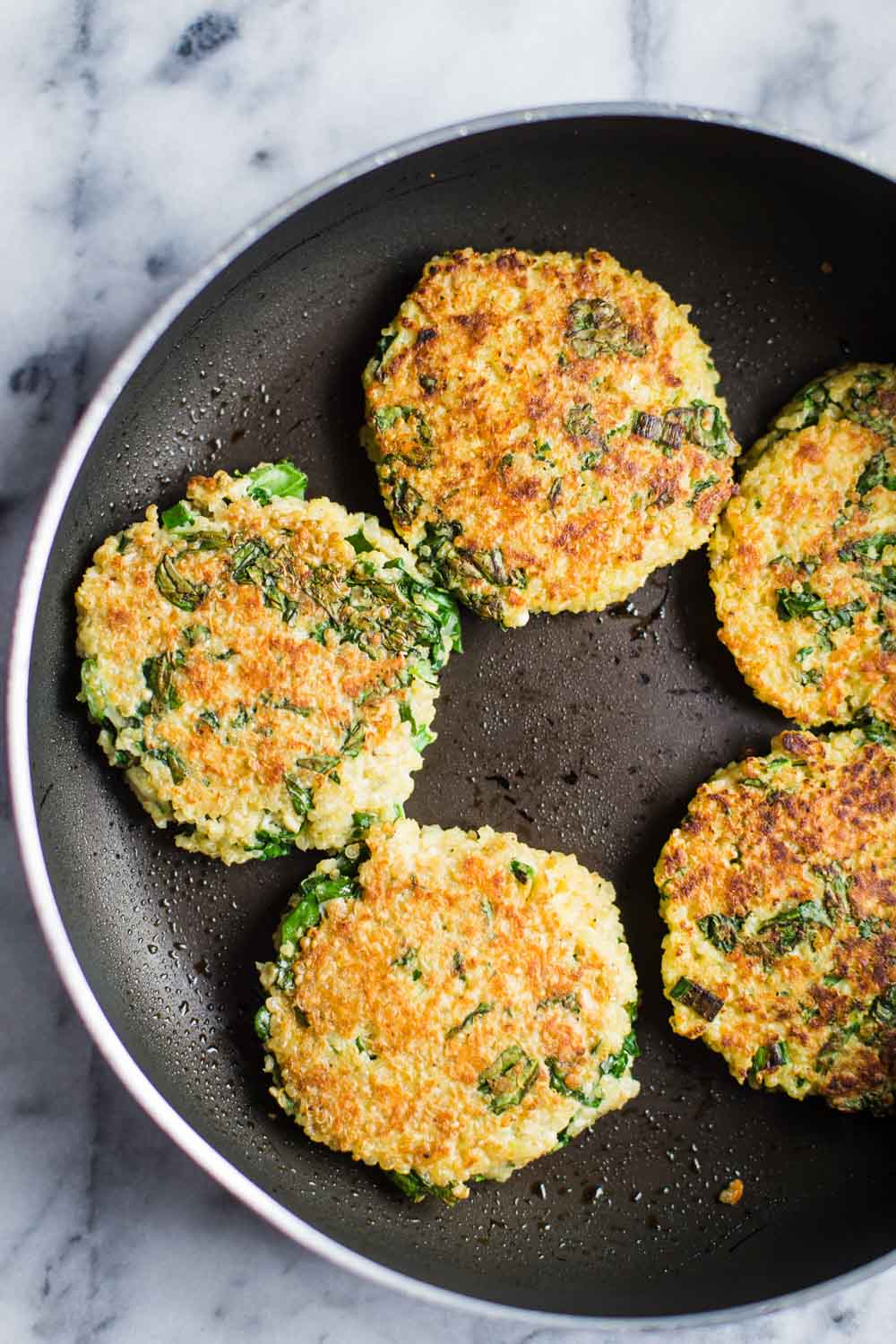 I’ve recently started making these patties with THIS avocado oil that I’m in LOVE with. I highly recommend using it for these patties!

I also highly recommend making these patties ASAP because they’re amazing and I know they’ll become a favorite in your house. 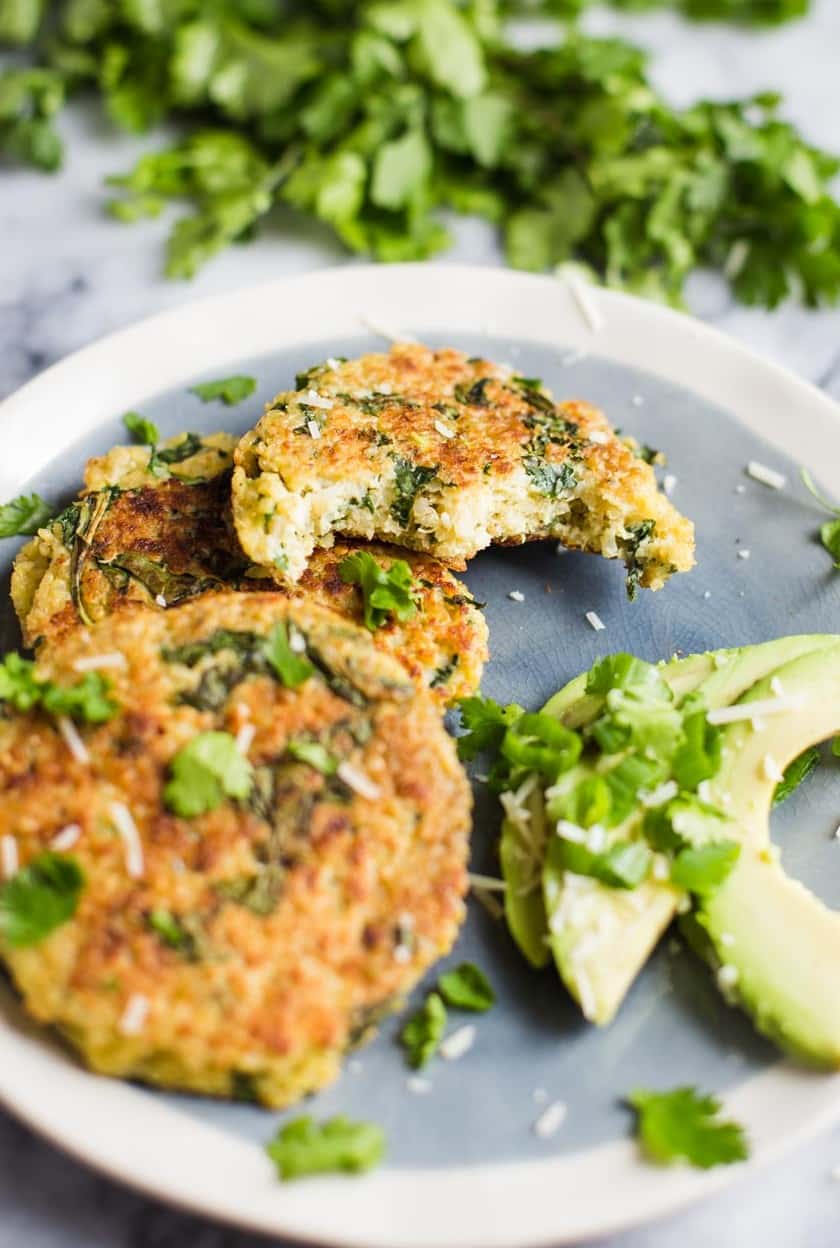 ***Some of the links above are affiliate links meaning that if you end up buying one of the products, I’ll make a teensy profit at no extra cost to you. Don’t worry though, I’ll put the money to good use like saving up for a fancy new chicken coop :)