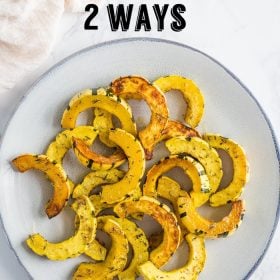 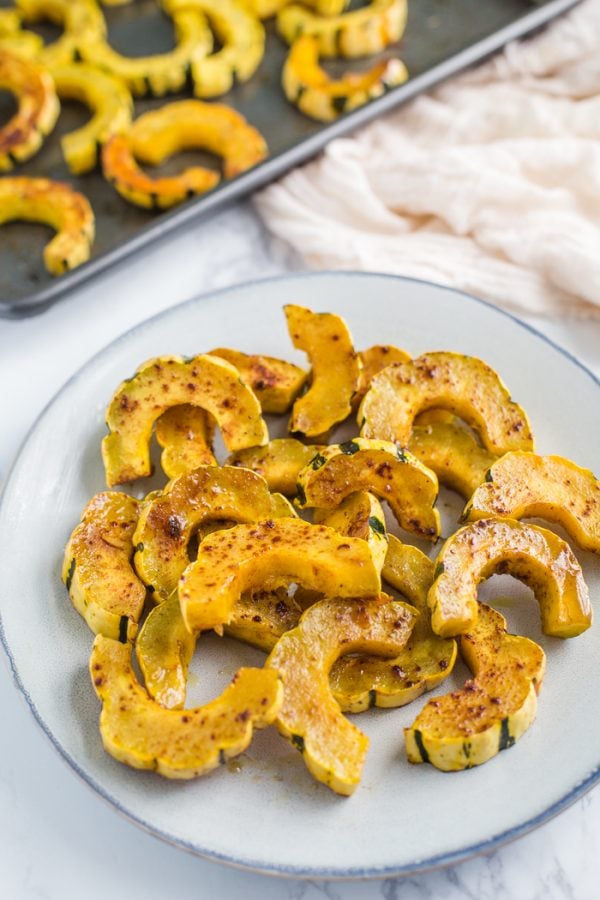 Have you ever had delicata squash? It’s one of those foods that is highly under-rated. It’s SO good and ridiculously easy to make. The skin is thin and much softer than the skin of a butternut squash or acorn squash so you can just leave the skin on and eat it whole. That makes the cooking process a lot easier which I’m a fan of! 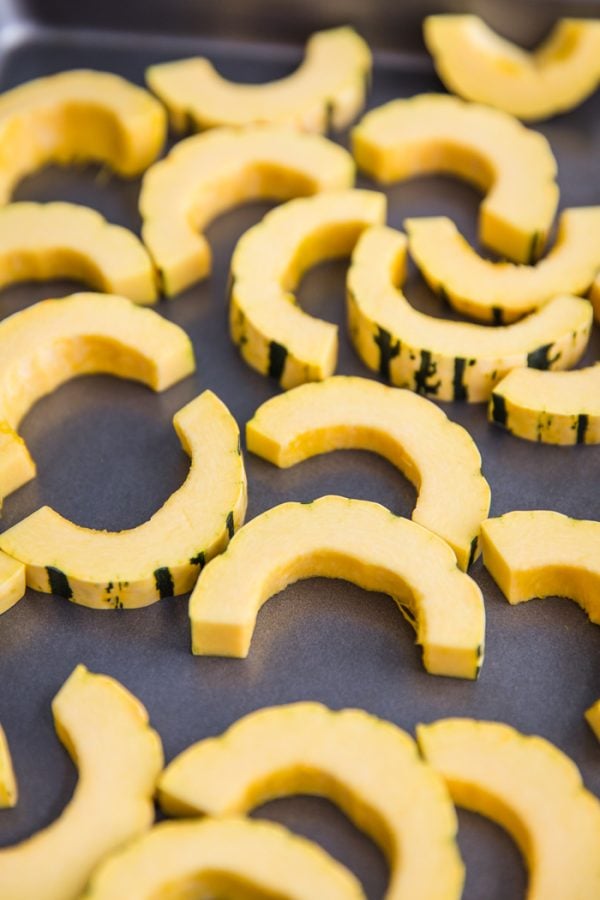 Each one of the recipes below calls for 2 delicata squash BUT you could cut each recipe in half and make some of the savory AND some of the sweet. I high recommend that! 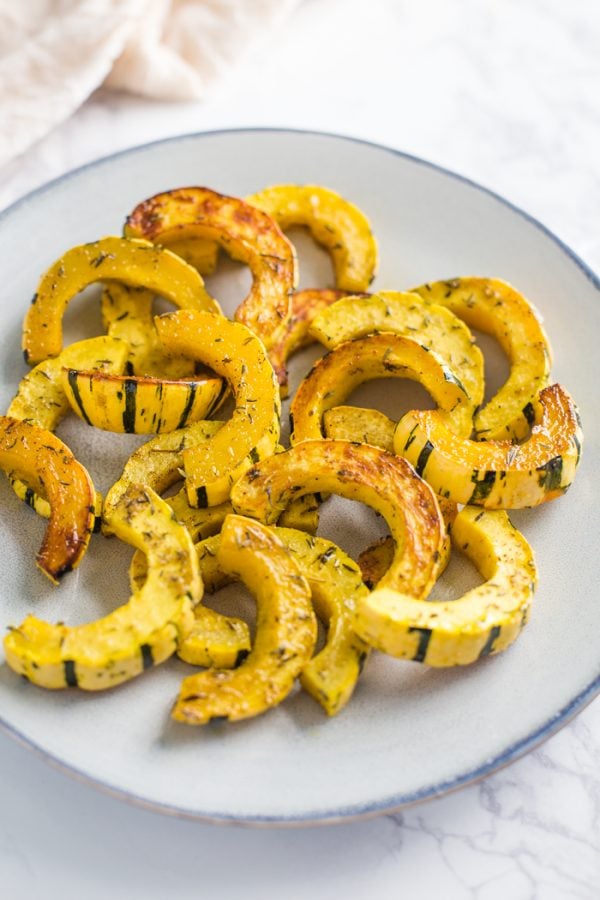 How to Roast Delicata Squash

Delicata Squash is MAYBE the easiest of squashes to roast. The only prep work required is simply cutting the squash in half and then slicing it into half moons. ALTHOUGH, you could also just leave them in rings if you so desired. There’s just something about the half moons that I really like.

After that, we through the squash on a baking tray, toss it with some oil and spices/ herbs and then throw it in the oven. THAT’S IT! When it’s done, you just eat it. (again- the thin skin is totally edible!) 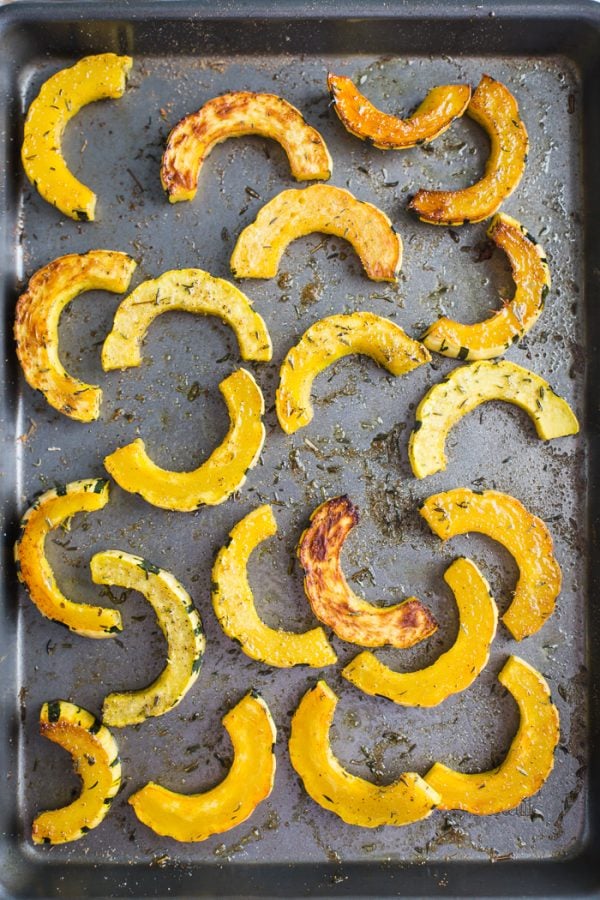 For the herb roasted delicata squash, you’ll toss the squash in olive oil, rosemary, sage, garlic powder, and salt + pepper. I toss everything right on the baking sheet in order to avoid washing any more dishes than necessary!

For the sweet cinnamon roasted delicata squash, you’ll toss the squash in maple syrup, brown sugar, cinnamon, and a little pinch of salt. 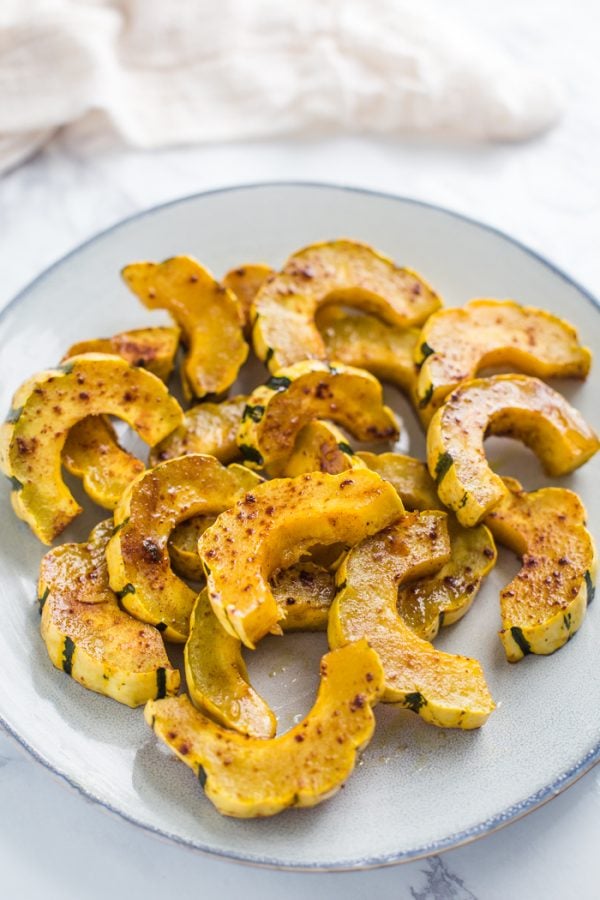 We’e keeping it nice and brief today. I’m off to test pumpkin recipes for PUMPKIN WEEK coming up in a couple weeks. Get very excited!!

To Make the Herb Delicata:

To Make the Sweet Delicata: