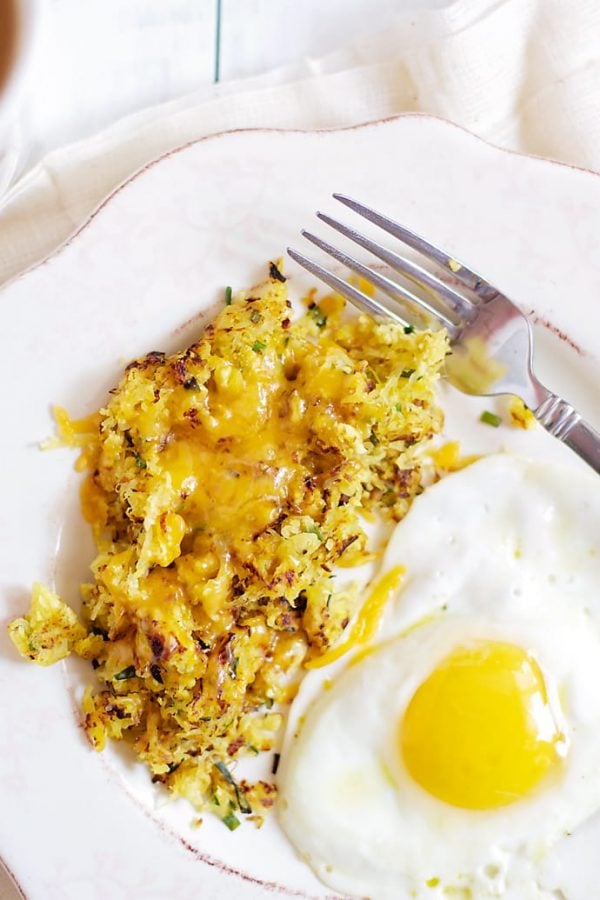 I’ve concluded that this is the year of squash. At least in my kitchen. There has certainly not been a year in which I consumed more squash than I have in 2014. This is apparent from the (almost) weekly posts during the summer featuring zucchini and now my new obsession with all the winter squashes. 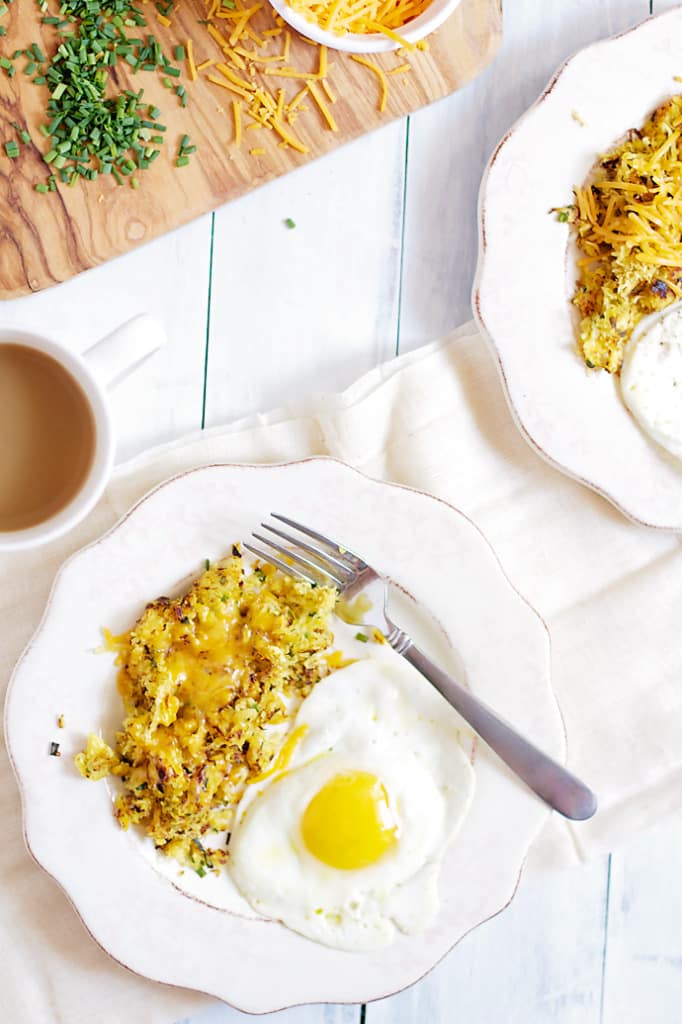 I wanted to keep these super simple and (most importantly) EASY. I love the idea of being able to throw this together quickly in the morning to eat before work. 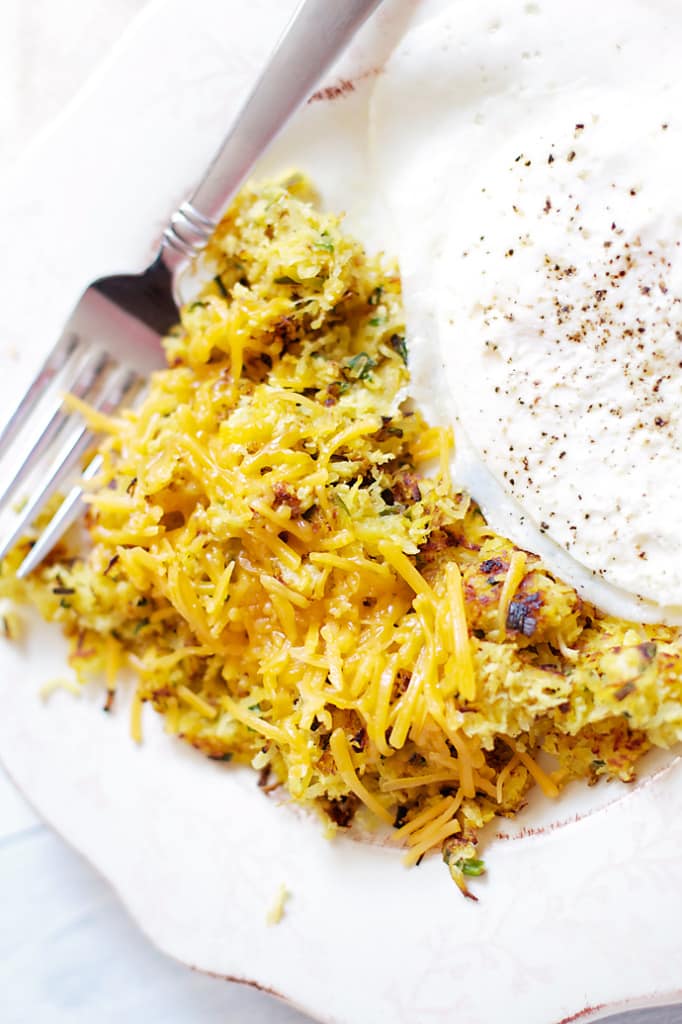 I baked a spaghetti squash one night recently, prepared half of it for dinner and then placed the other half in the fridge. That “other half” is what we’re going to make this dish with.

The spaghetti squash is removed from the skin and placed in a large bowl. Taking handfuls of the squash in your hands, SQUEEZE the heck out of it to remove excess water. This is important so don’t skip this step!! 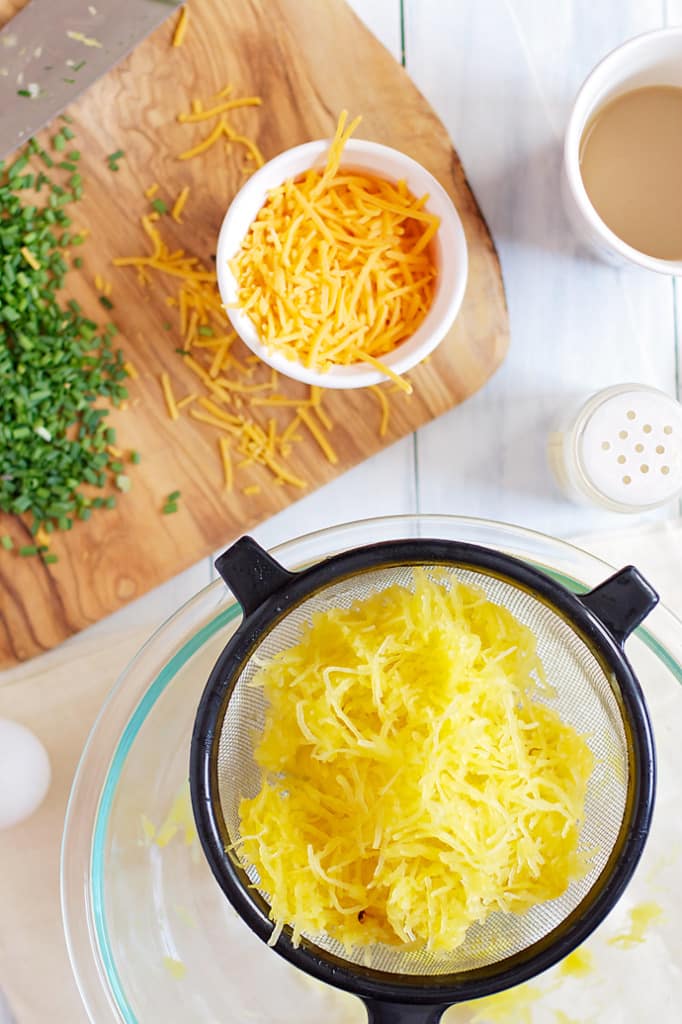 Once squeezed, place the squash back in the bowl.

Add some garlic powder and chopped chives for flavor. 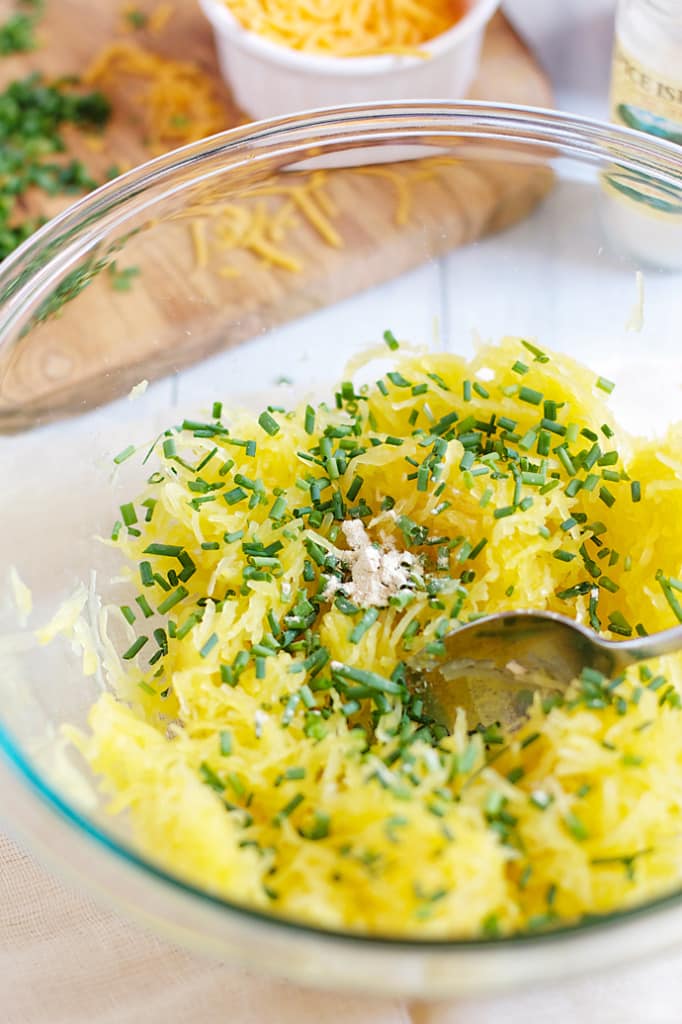 And then one egg to hold it all together. 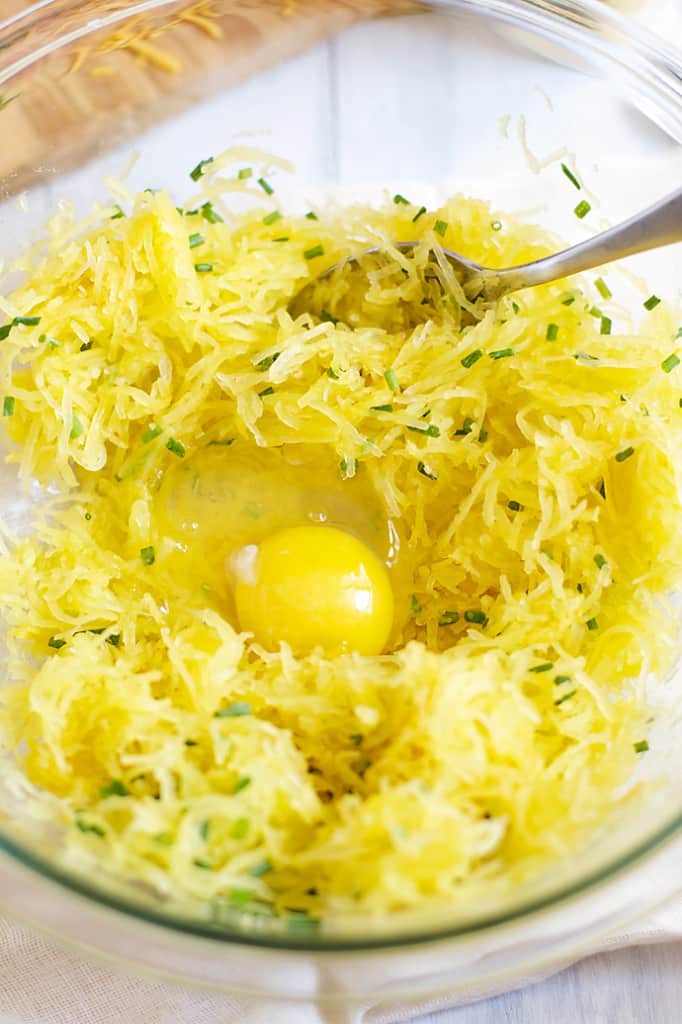 Add a touch of S&P, mix thoroughly, and it’s ready to cook!

Simply cook the squash over medium heat in a lightly greased skillet. I used ~teaspoon of coconut oil. 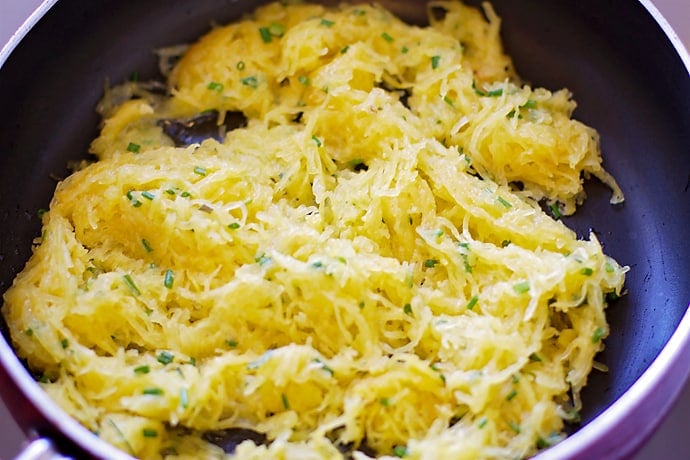 Cook for about 10 minutes, continuing to stir, until the “hash browns” have a nice golden brown color to them. 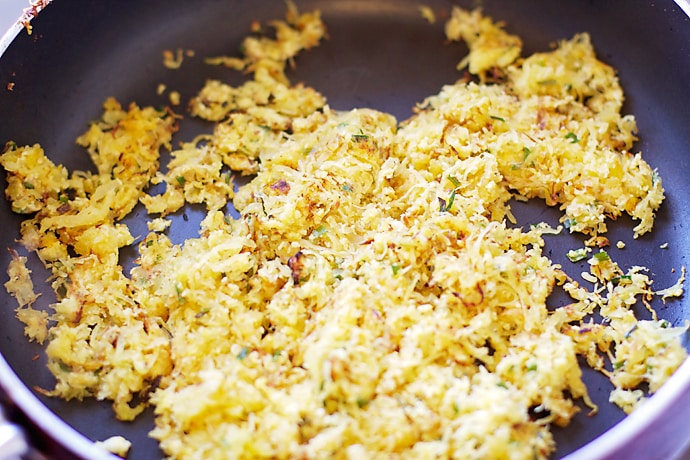 The squash is already cooked so it’s not really possible to under cook this dish. If you don’t cook it long enough, however, they simply won’t have any crunch to them at all (and you want a little bit of crunch!).

Once plated, immediately top with some cheddar cheese (or not if you have more self control than me) and enjoy immediately. I thought these were perfect paired with a fried egg. 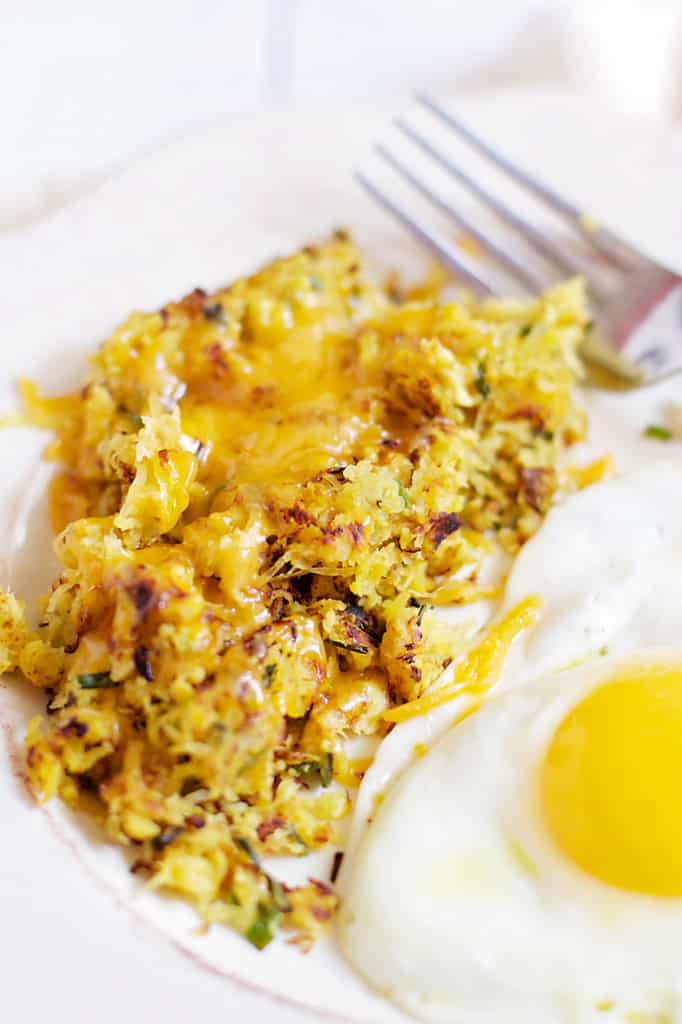 See How to Make the Hash Browns here: