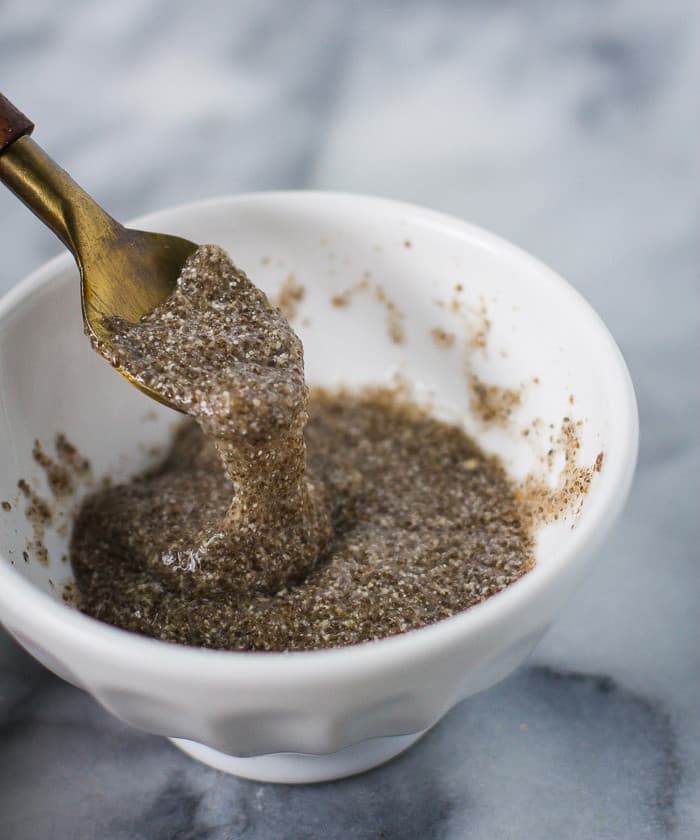 Update: I have created a whole dedicated (and updated) post on how to make a flax egg. It is the one that I use most often in vegan baking and I highly suggest checking that updated post out!

Recently a friend was telling me about the most amazing vegan french toast that they had at a local vegan restaurant. There are vegan substitutes for pretty much everything these days but knowing that french toast is traditionally made with a few eggs, I was very curious about how they made the french toast without the eggs. So, I did some research and discovered several ways to replace eggs in recipes. 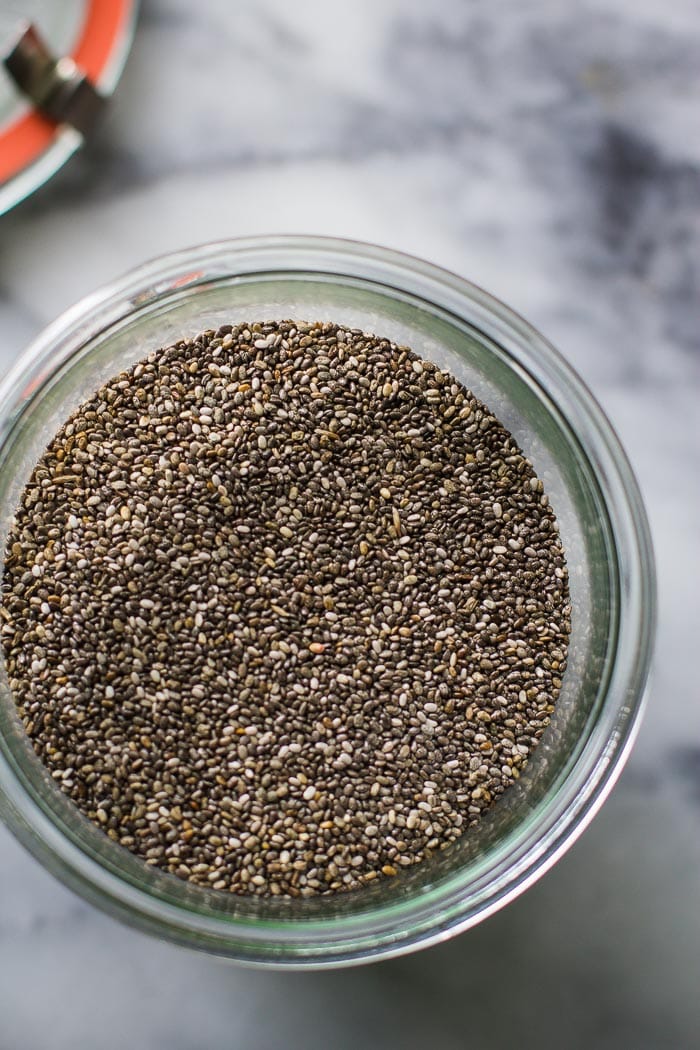 Simply grind up chia seeds or flax seeds. I use my coffee grinder for this but a mortar and pestle could also be used. 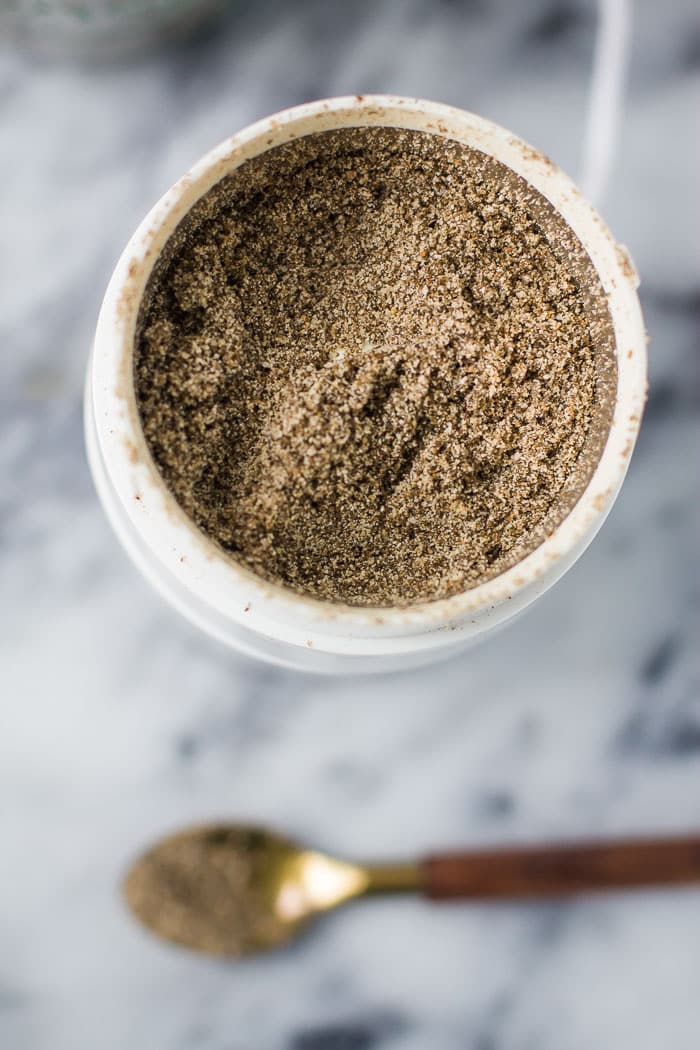 Next you simple mix the ground flax seed/ ground chia seed with a few tablespoons of water, stir, and let sit for a few minutes until ready to use. 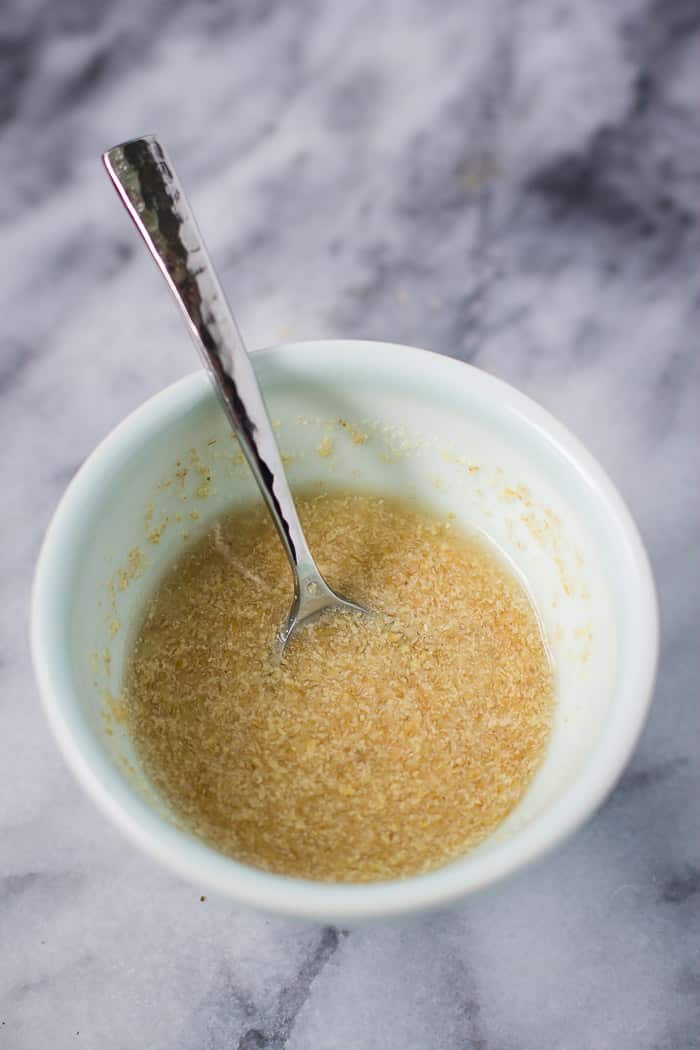 For both the chia egg and the flax egg, they’ll start out kind of runny but quickly thicken to eventually resemble the thickness of egg whites.

It’s as easy as that. I’ve tested out the egg substitutes in quit a few different recipes (mostly baking) and they’ve worked well for me!

And just for the record,  here’s the thing about vegan cooking and my substitution of eggs in recipes: I have chickens and I eat lots of eggs. My chickens are literally pets to my family and I know that they are very well taken care of. Unlike many other chickens, mine have been laying well into the winter season which, I’ve been told, is a sign of very healthy and very happy hens. It was 13 degrees when I woke up this morning and yet there were still a pile of eggs waiting for me in the coop.

I do, however, still very much enjoy vegan cooking and baking because I have lots of friends who are vegan. I really enjoy the challenge of using different ingredient to produce recipes that traditionally have eggs and milk and cheese in them.

That’s what these vegan egg substitutes are for :) 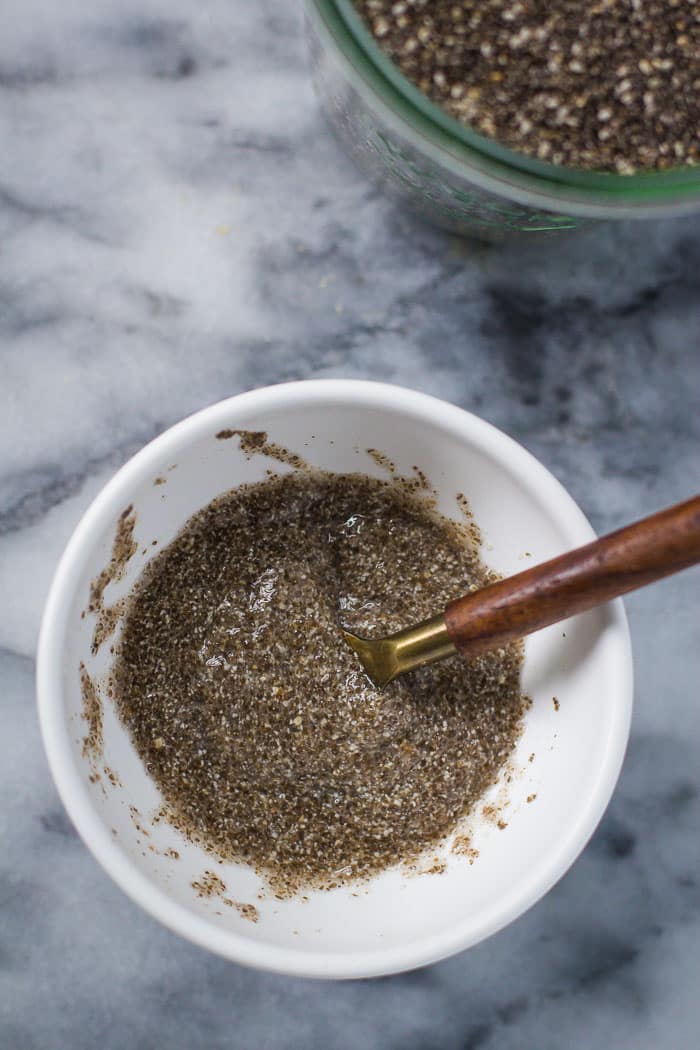 GOOD NEWS!!! For this week only, we’ve dropped the price of our e-cookbook to just $3!! This monthly cookbook is 5-minute healthy snacks and it’s a good one!! Check it out HERE. 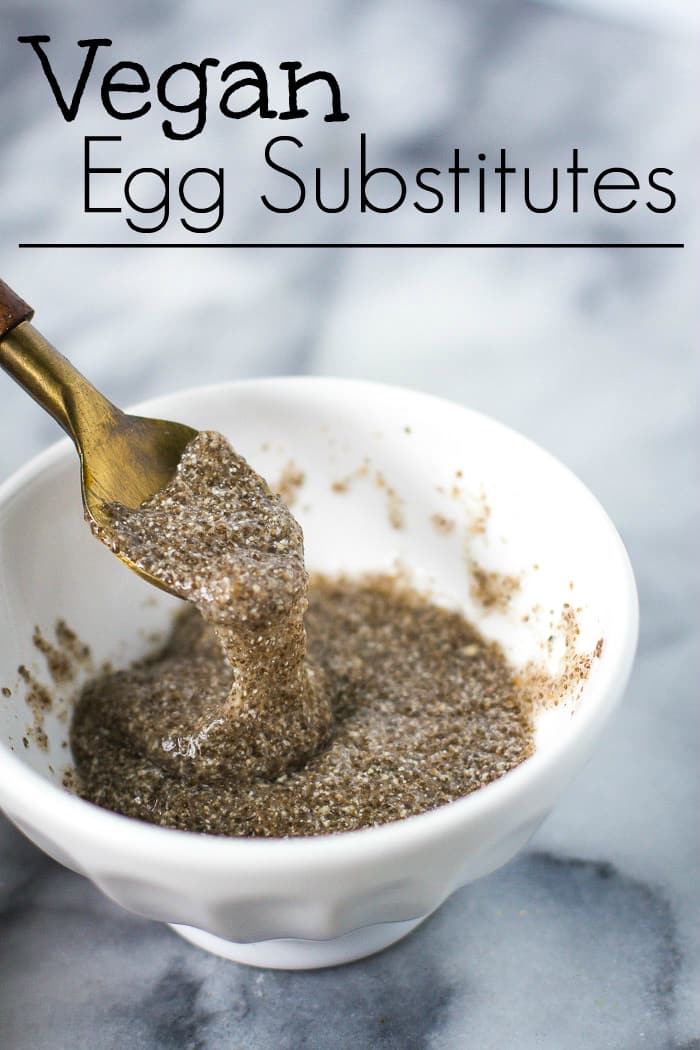