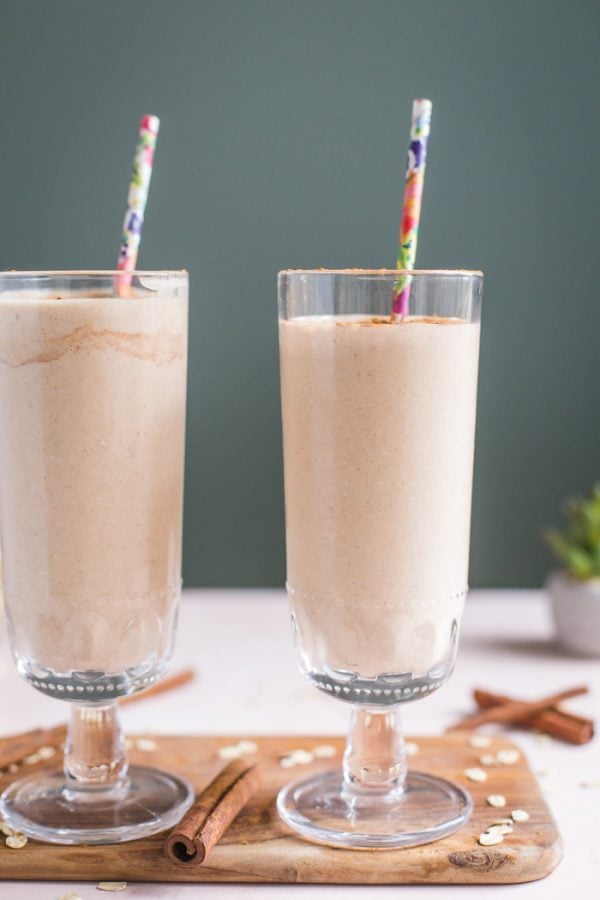 Happy week after Thanksgiving! Are you in need of something a little lighter but still delicious? I’ve got you covered with this Cinnamon Roll Smoothie.

I posted the video for this smoothie on Instagram last week but never got around to actually posting it on my blog. Better late then never, I figure. AND I’m super excited for you to try this because it’s SO GOOD. 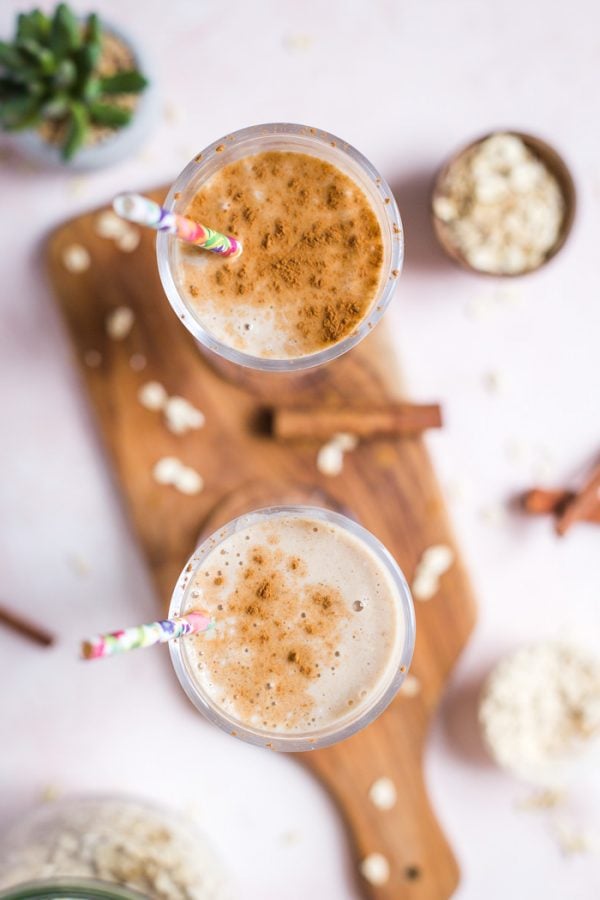 If you’ve been following along on Instagram then you know that I’ve made about 1,000 batches of cookies as I’m trying to perfect a few of my recipes. I’m SUPER close to some really amazing cookie recipes that I can’t wait to share with you soon!

In the meantime, enjoy yourself a Cinnamon Roll Smoothie. Here’s what is in it: protein powder, frozen banana, maple syrup, milk and yogurt of choice, oats, cinnamon, and vanilla. The oats plus the cinnamon really give it that classic cinnamon roll taste and I’m pretty obsessed! 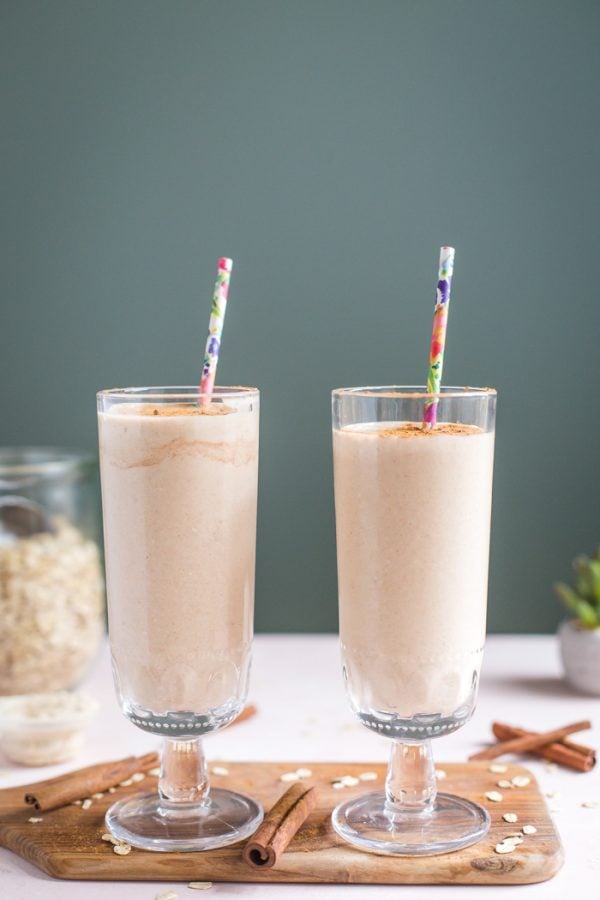 See how to make the smoothie here:

**For the video, I doubled the recipe to get 2 smoothies. This recipe only makes ONE average sized smoothie :)