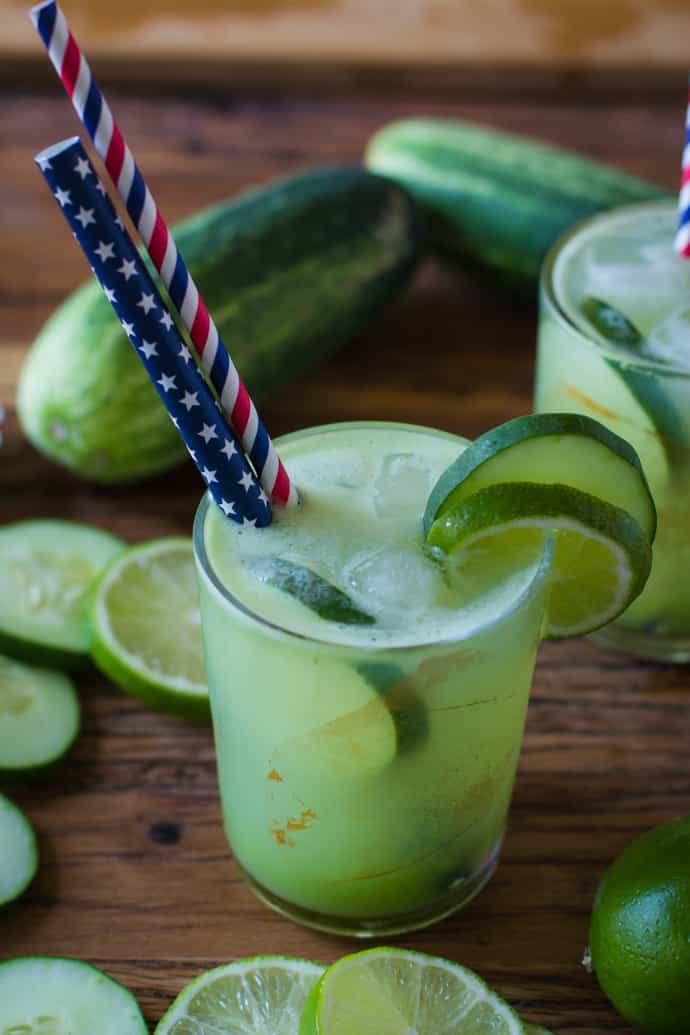 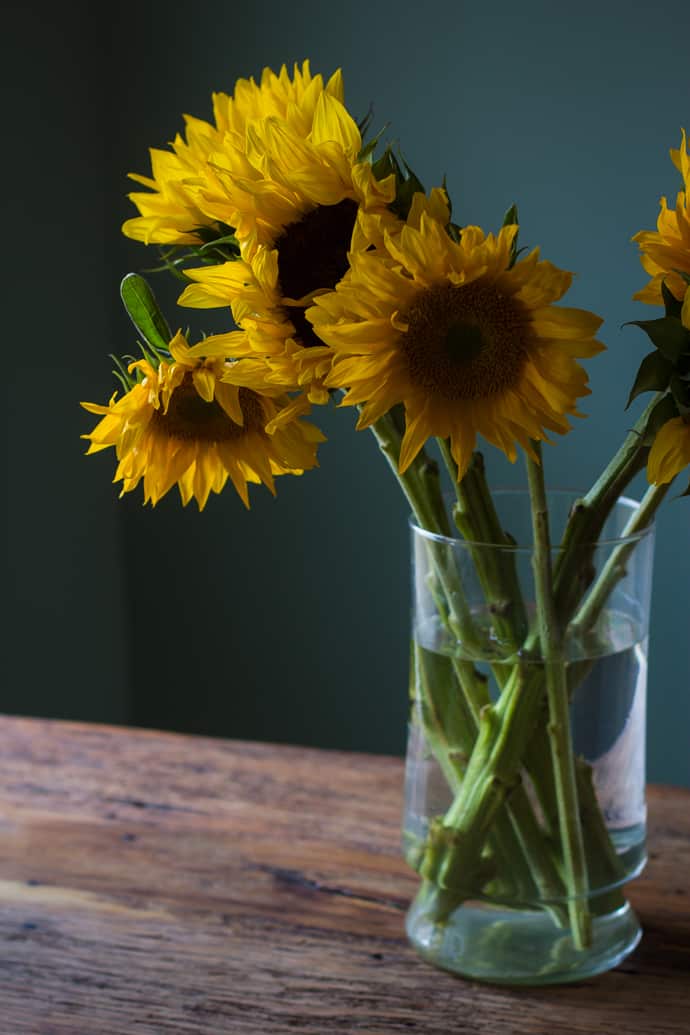 Guys. It’s JULY! 2015 is officially HALF over. I’m not sure why but that came as a huge shock to me this morning (as if I didn’t realize that July 1 came after June 30?).

In other exciting news. LOOK!

We got our first chicken egg yesterday and I couldn’t have been more excited about it. When I took a picture of the egg sitting in the nesting box and sent it to Stephen, he didn’t believe me. He thought that I had placed an egg there from the fridge. Jokes on him because I didn’t! I’m 90% sure I know which chicken it came from but there’s really no telling. Maybe today I’ll go home and find TWO eggs. It’s the small things.

So yea, cucumbers. I have a ridiculous amount of them growing right now. Besides herbs and a few green beans, cucumbers are the only thing in my garden that’s ready to eat and I’ve been picking about 5-8 of them every day. So yea, I have a lot of cucumbers just lying around. 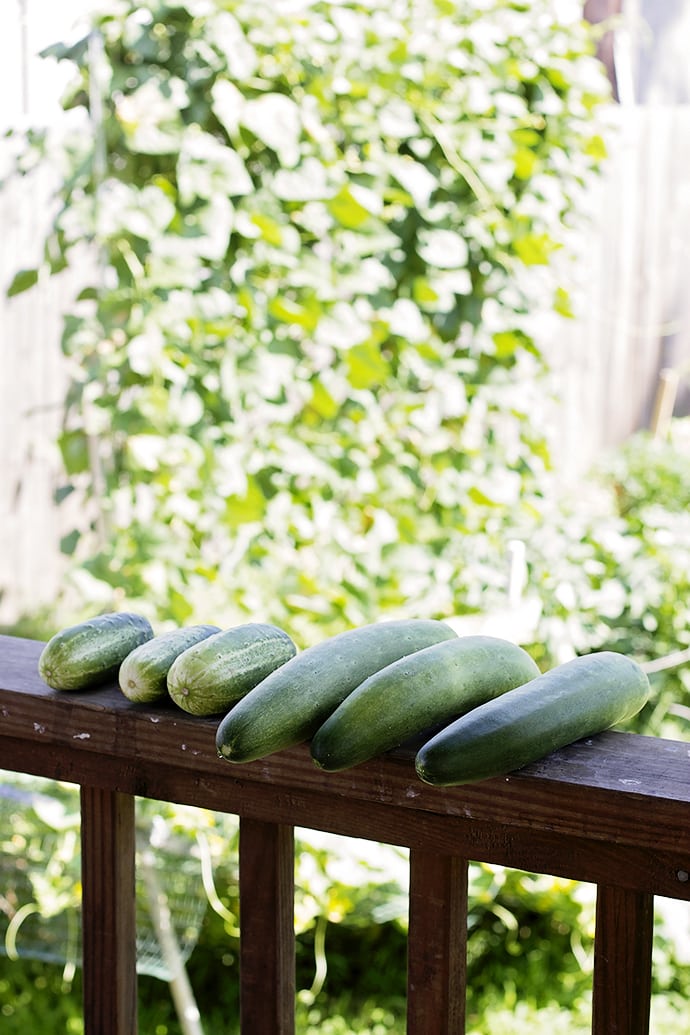 Luckily, as I mentioned Monday, the chickens have taken a keen liking to them and have been helping me eat them. A couple weeks ago, Ashley recommended that I juice some of the cucumbers. So, first I made a couple juices with them from some of my favorite juice recipes.

Then, after an extra stressful day, I decided it was probably a good idea to add some tequila into my juice. 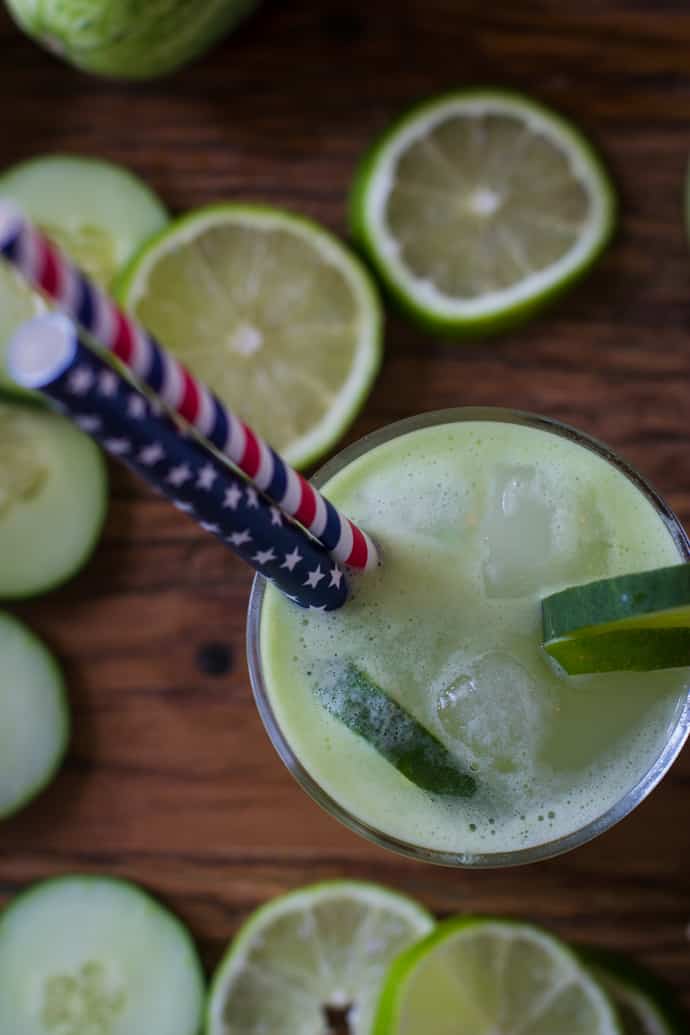 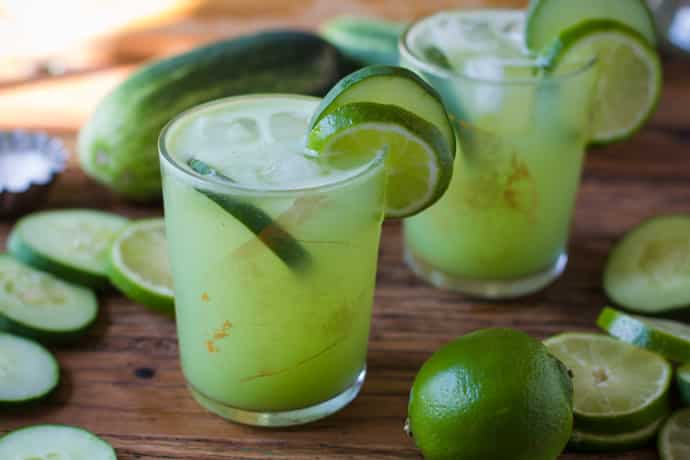 Just for the record: it was a very good idea. 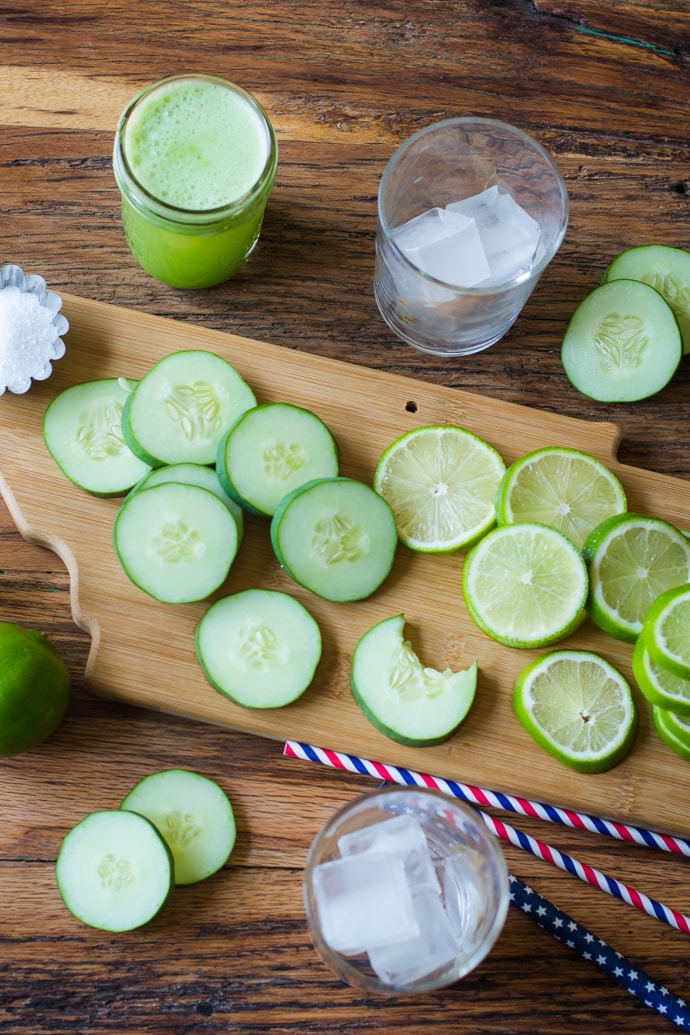 This recipe is similar to a margarita, minus the triple sec (because I didn’t have any in the house) and with the addition of cucumber juice. 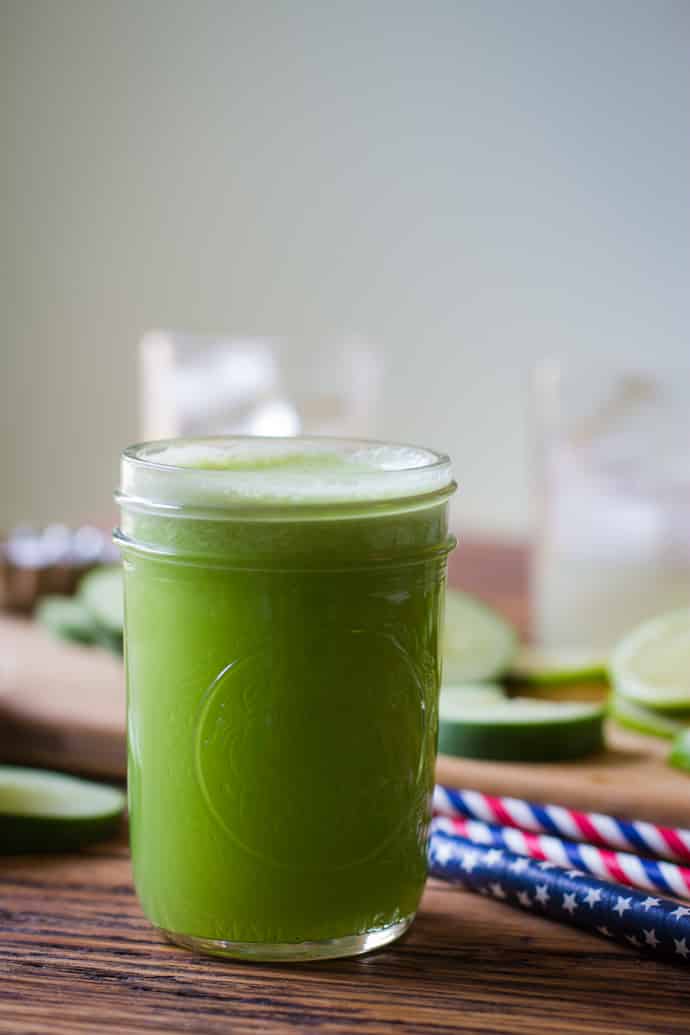 Cucumber juice, tequila, lime juice, sugar (or stevia), and a bit of club soda are mixed together in a glass. 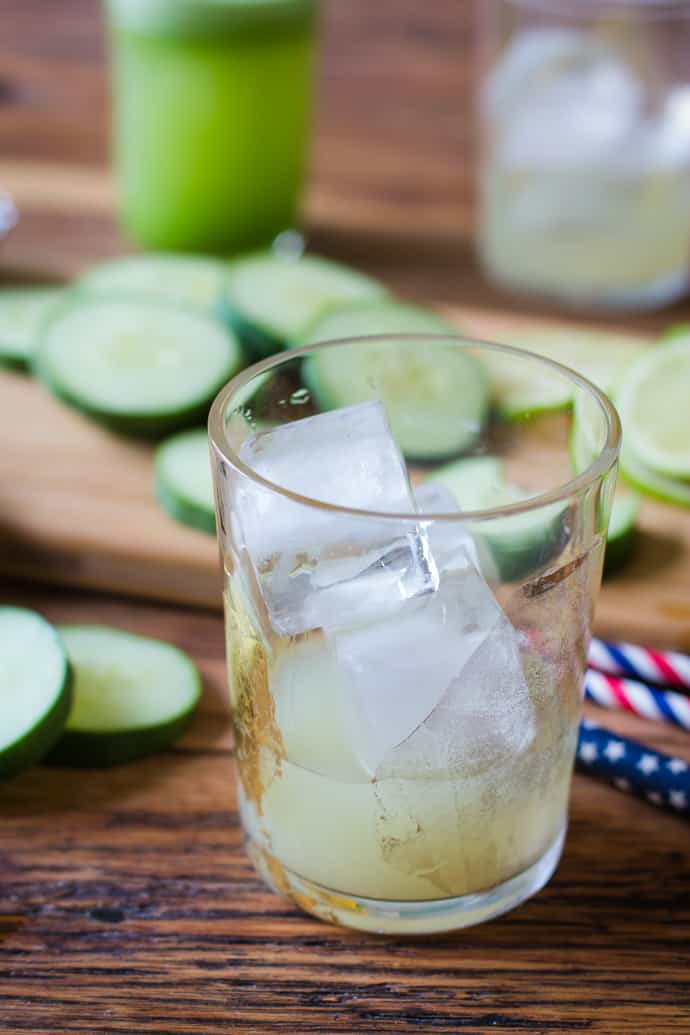 And garnished with cucumber and lime slices. 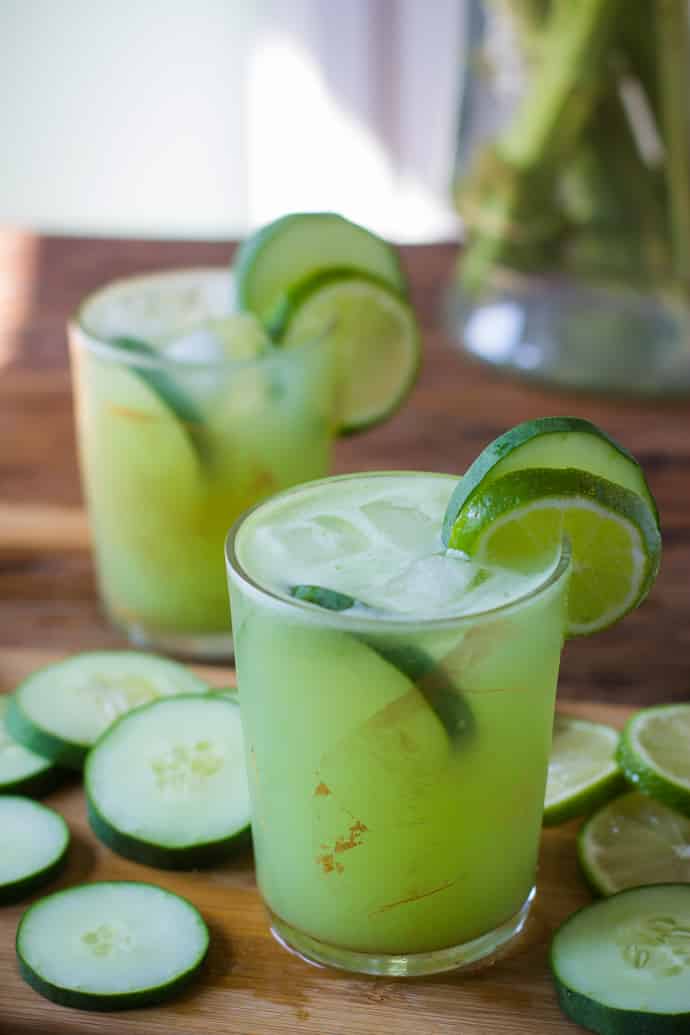 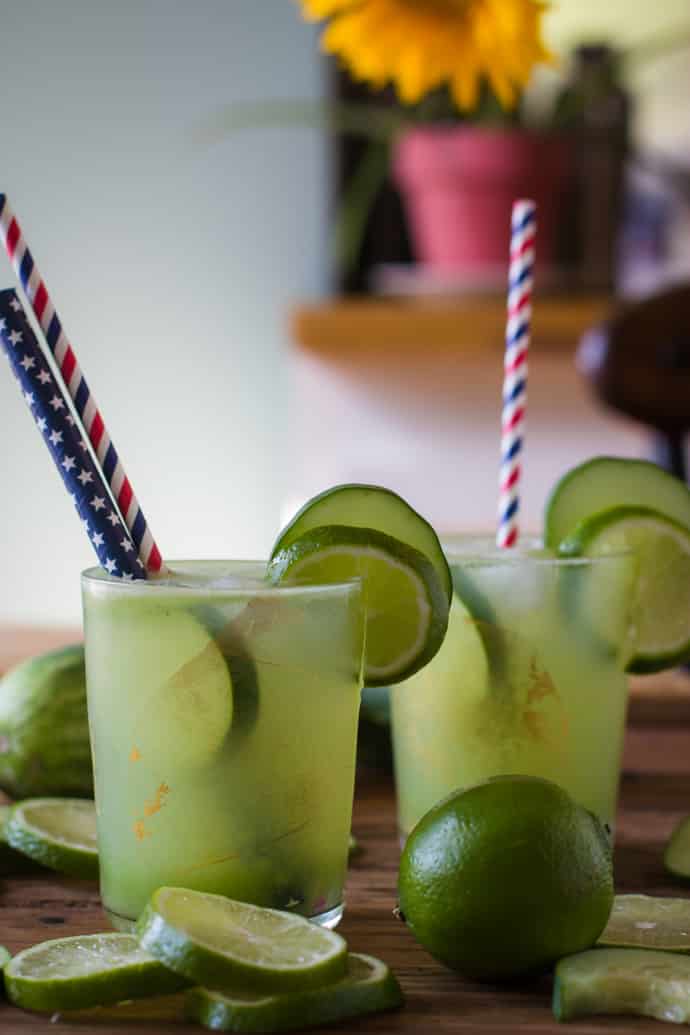 This is the perfect little refreshing cocktail for the summer! 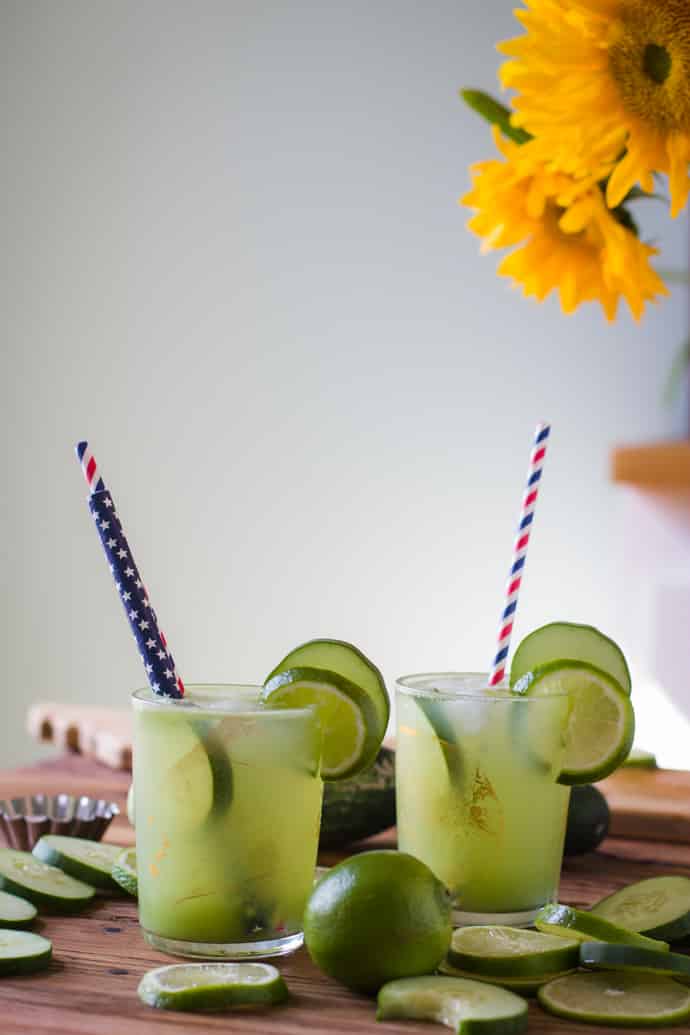