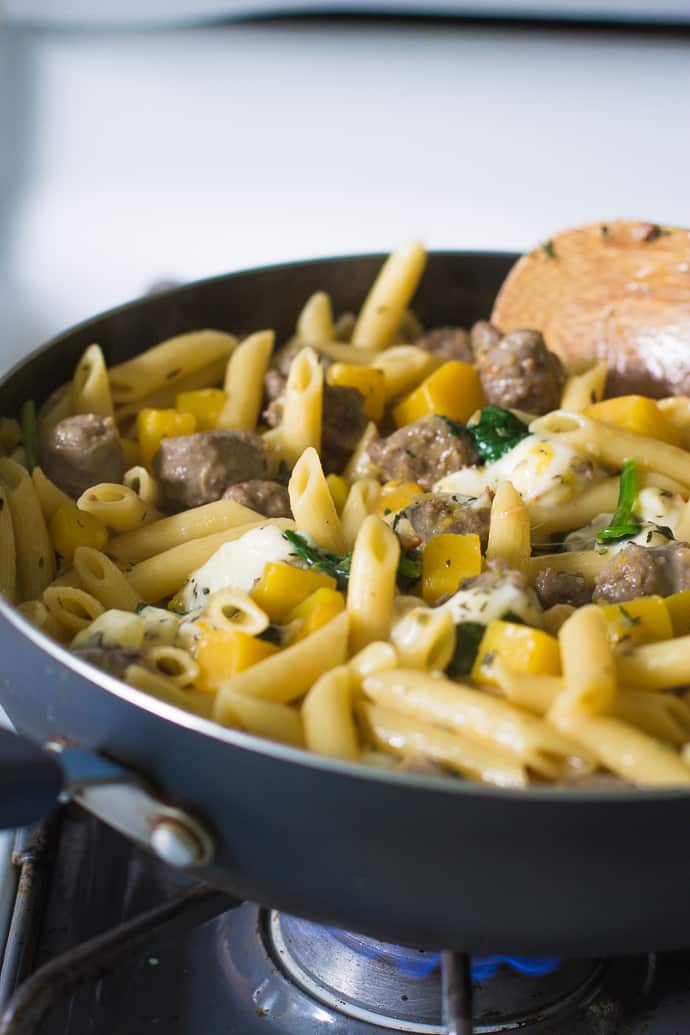 One of the most challenging struggles about our new house is figuring out the lighting for my photography. We have lots of natural light coming into the house and a big room with 10 skylights and a wall of windows and yet I STILL find myself struggling to get the lighting right. GAH. I think I’m used to shooting with the sun on the opposite side of the house and it’s really throwing me off.

In other news: I’ve been cooking and baking away in my new kitchen and I’ve made lots of yummy things over the past few weeks. Stephen and I ate out SO so much in the weeks leading up to the move that we’re now determined to eat as many meals at home as possible. To help with this I’ve been making trips to the Nashville farmer’s market, since it’s within walking distance of my work. I really should go in with some kind of list but since I never do, I end up just buying whatever catches my eye and then deal with what to do with it all later. 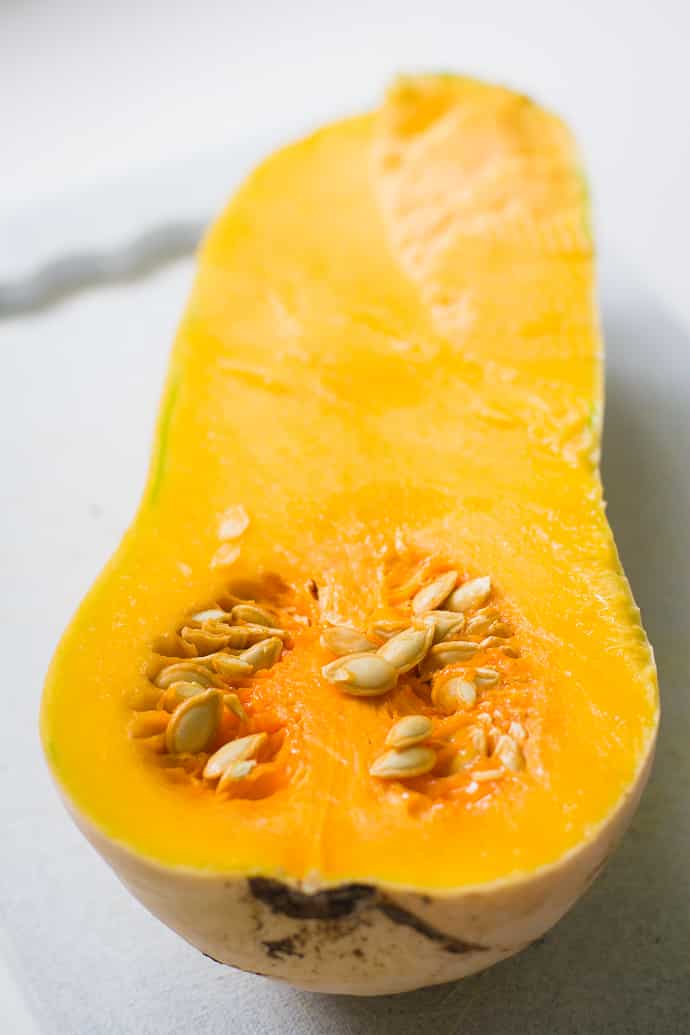 This butternut squash sat on the counter-top for well over a week before I decided to make it into this deliciousness: 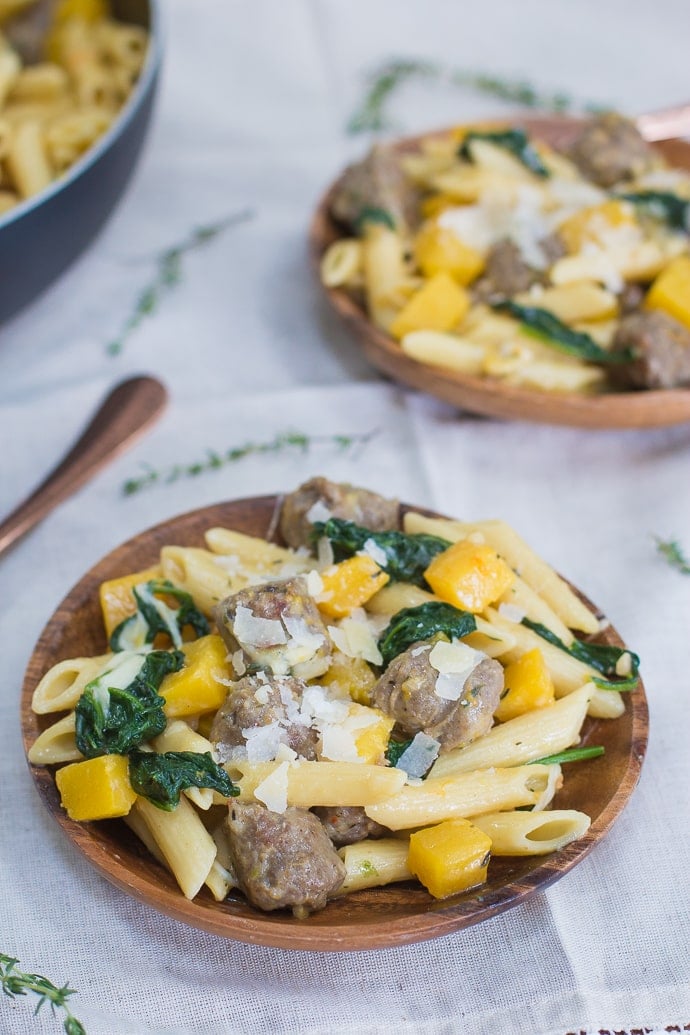 This dish was throw together purely from ingredients I happened to have lying around the house with the exception of the sausage. I made a special trip for that. It was totally worth it!

It’s all pretty easy really and I love things that feel fancy but only require one skillet to cook.

The sausage is cooked first and then set aside. Then the pasta is cooked in lots of chicken broth and a little cream and eventually the squash is added into the mix. 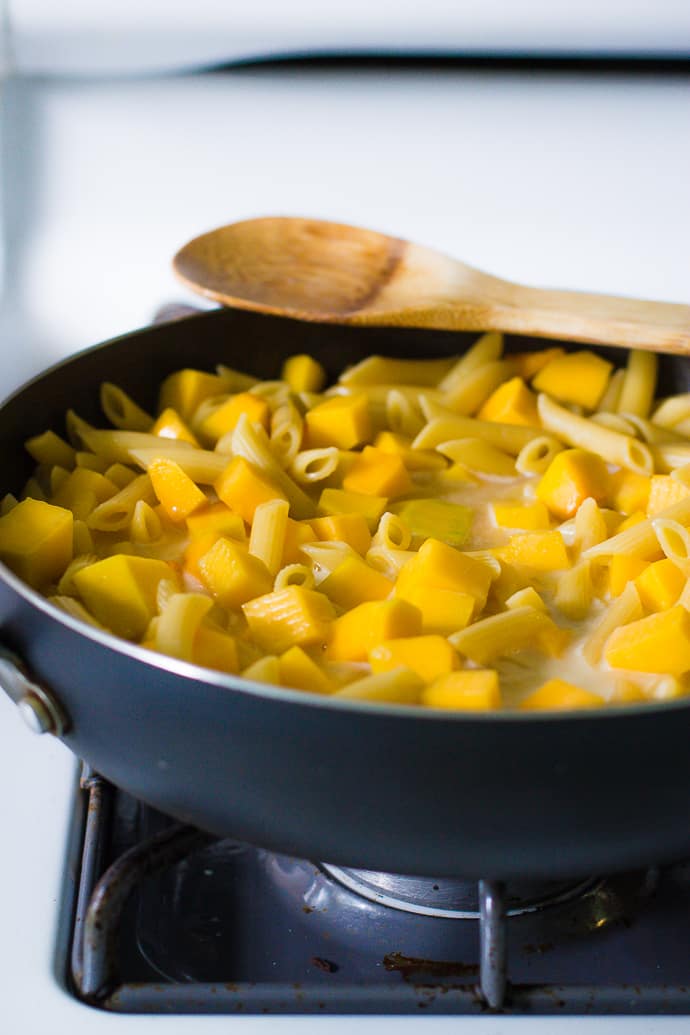 Finally the spinach and thyme are added, the sausage is stirred back in, and it’s all topped off with a healthy handful of cheese.

Once the cheese is nice and melty then you’re done! 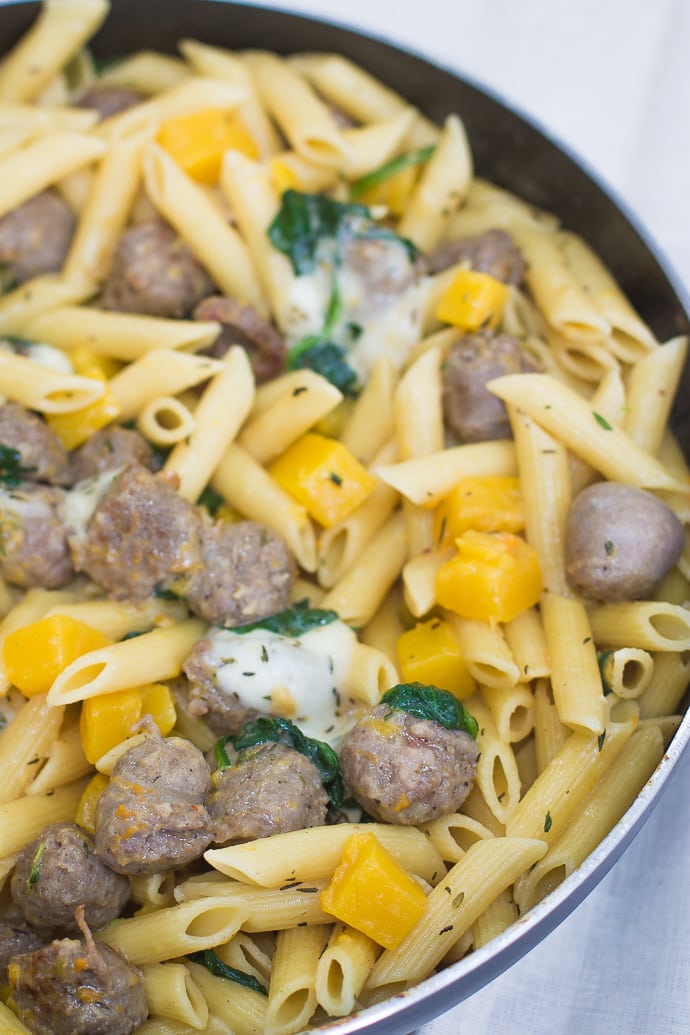 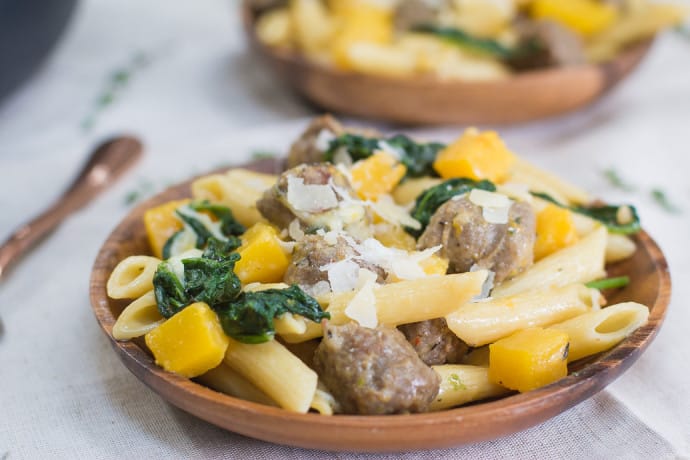 This makes quite a bit of pasta! I think it was enough for Stephen and I to both have a pretty big dinner, each have leftovers for lunch the next day, and then there was still just enough left for one more lunch portion for me :) 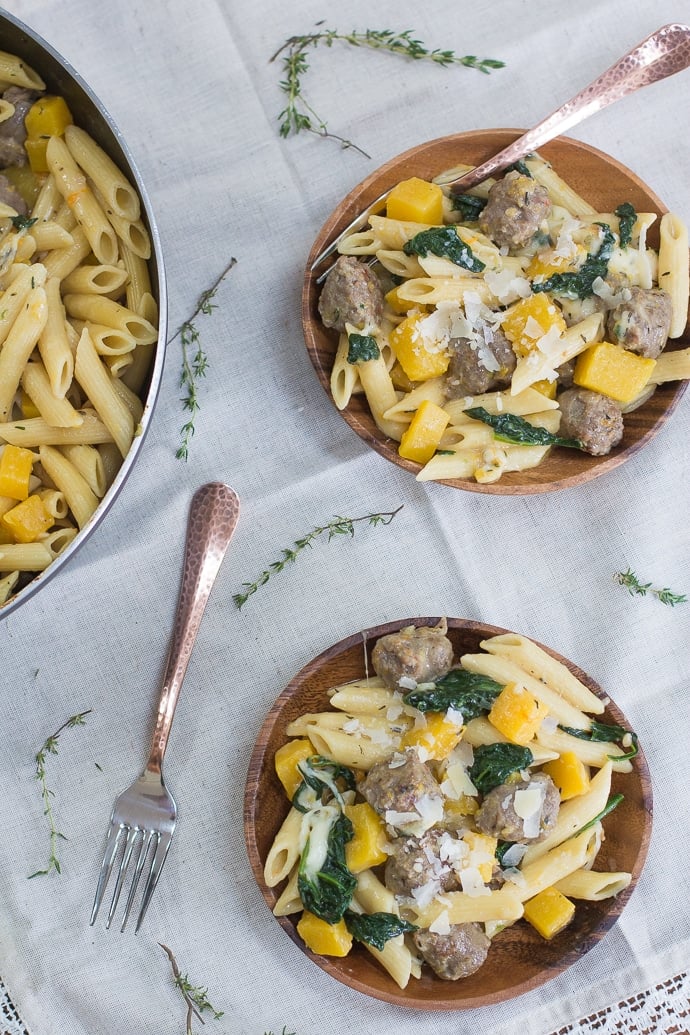