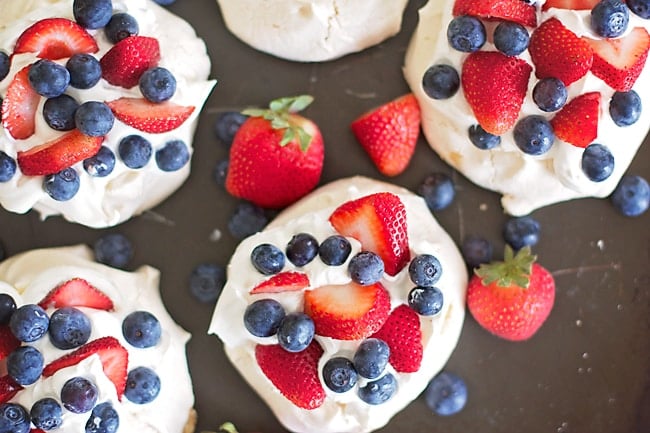 I’ve had this idea since about the time I started food blogging to travel around to all of my friends and families’ houses and photograph them making their signature dish. I have this theory that even those people that can’t cook at all still have at least one signature dish under their belt. Maybe it’s just a fancy pants ramen dish? I don’t know. But I want to see it. Share it with me! 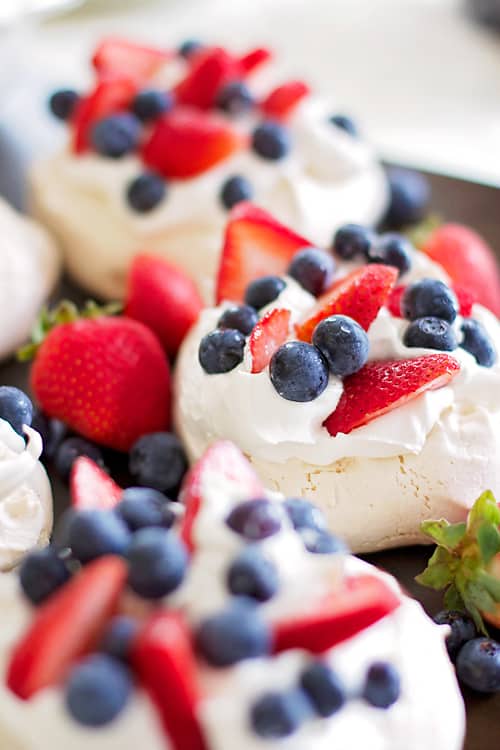 Because this is what recipe sharing used to be before the dawning of the internet. (I guess. I’m only really guessing here because I’m an internet generation baby…for the most part. The part of my life that I’ve cared about recipes). 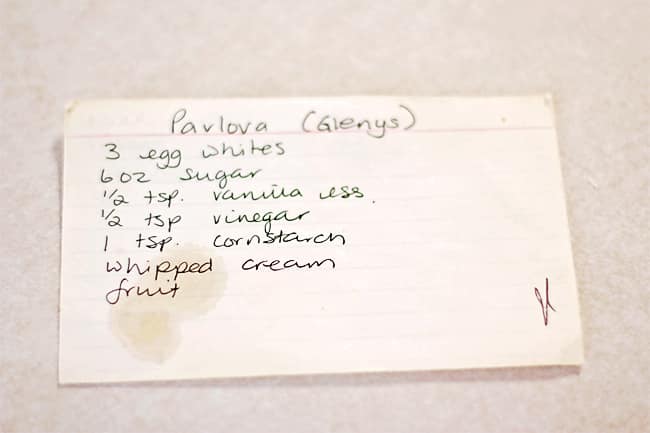 You called up your aunt, your father, your grandmother, your best friends 2nd cousins gardener and asked “Hey, will you give me the recipe for that dish you made that one time?”. I imagine that they either handed you the ratty index card the recipe was written on OR they verbally gave you the directions and you wrote it down for yourself. Again, I’m only assuming here. These days, I use my iPad.

I’m starting this recipe sharing tour out at my mother-in-law’s house. I have a strong feeling that she wouldn’t consider Pavlova to be her signature dish. She bakes it well, don’t get me wrong. But I know she can cook much more elaborate things than this. However, I asked to know the recipe, and she shared.

I should also give a quick hello and thanks to Glenys (who the recipe originated from as you’ll see from above). She’s one of my mother-in-laws bestest friends who I had the pleasure of meeting while we were Cornwall for Christmas. Hello! Thanks! 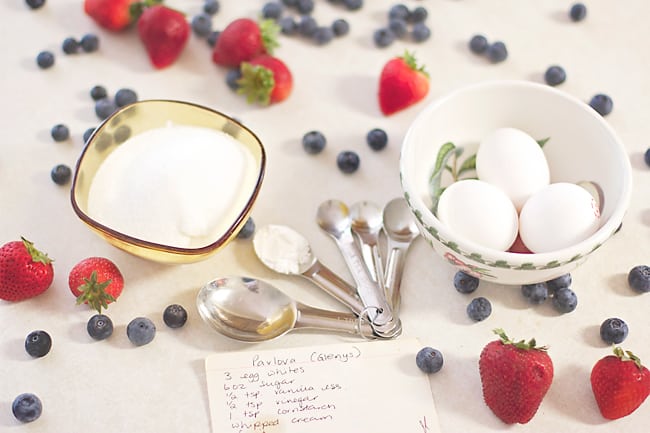 I had never had Pavlova until she made it for me on the first time I ever ate a meal at their house. It’s a meringue based dessert that’s baked and ends up crispy and delicious.

As I mentioned, this is pretty simple. But don’t worry, you have Mrs. Angela Britnell here to guide you through it. 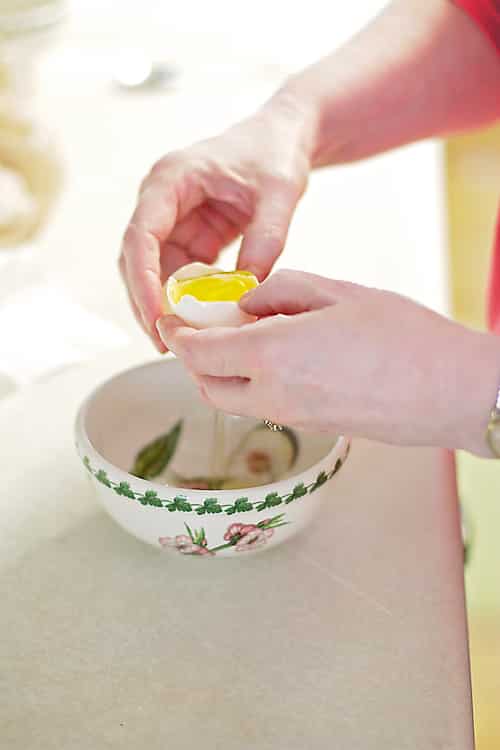 Start by beating your egg whites in a large bowl until they’re frothy and eventually stiff. Gradually pouring, begin to beat in allll that delicious sugar until it’s thoroughly incorporated. 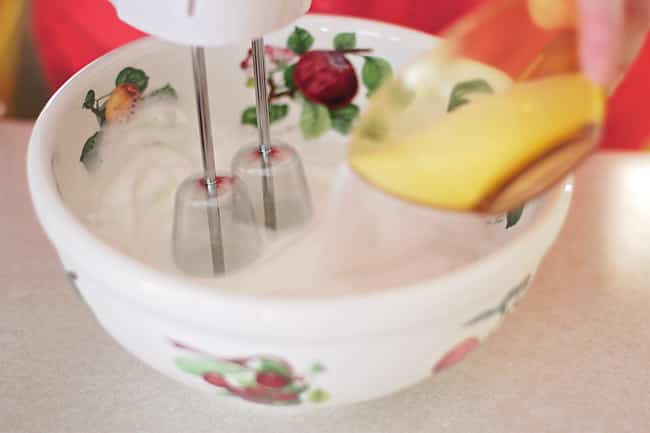 Next, add in the vanilla, cornstarch, and vinegar and beat until well mixed. And that’s it for the preparing! Easy so far, huh?

On a parchment lined, insulated baking sheet, spoon the mixture into circles of your desired size. You can theoretically make this one giant pavlova the size of a cake or, as we did, you can make them 5-7 inch wide circles. Make a well in the center of each pavlova. This is where the whipped cream goodness and fruit will sit later. 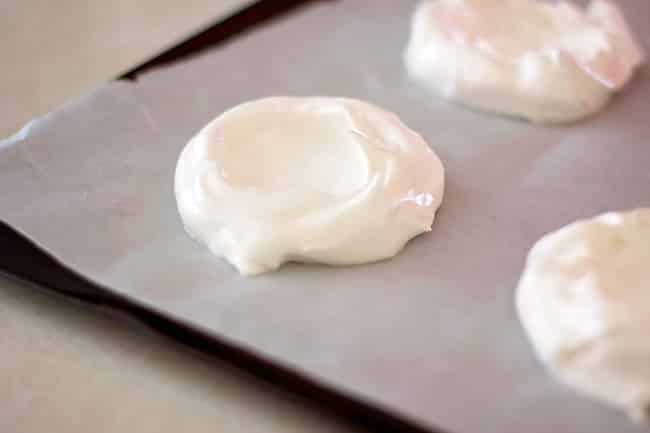 Simply bake for an hour and then let the sit in the turned off oven, with the door cracked a bit, for another hour. Letting them rest in the oven like this, I was told, is to prevent them from cracking too much. When they’re done, you’ll have something like this: 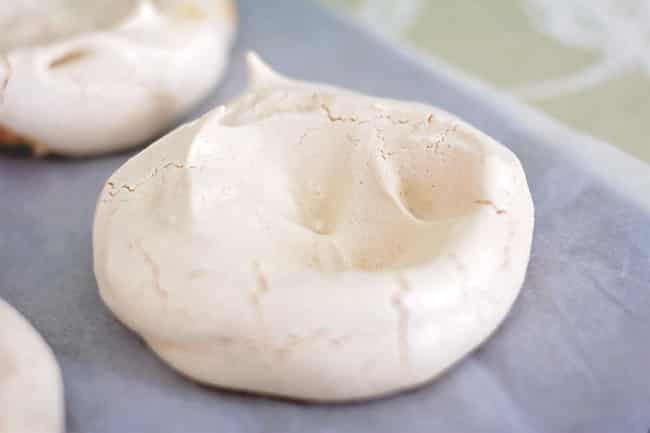 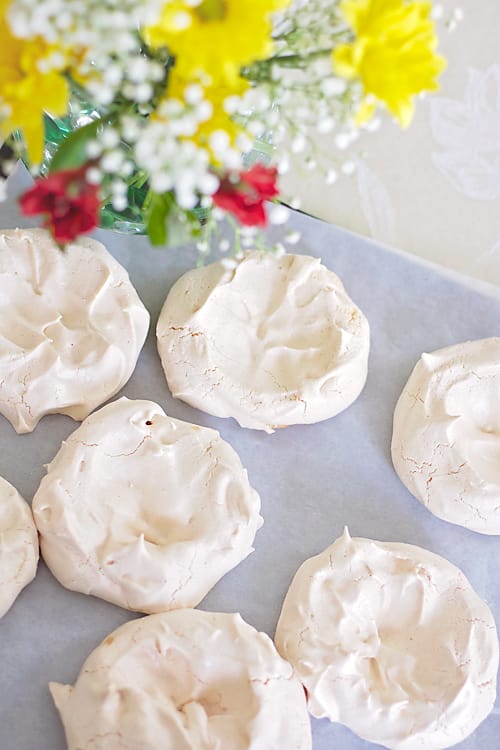 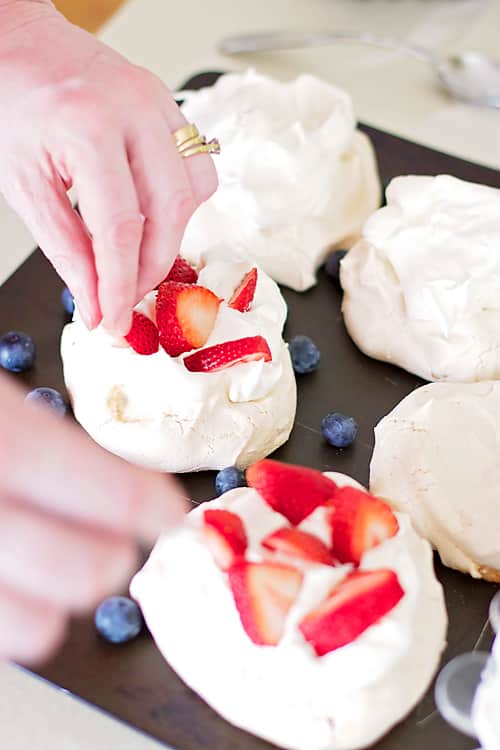 And a ton of fruit. Whatever kind you so please. 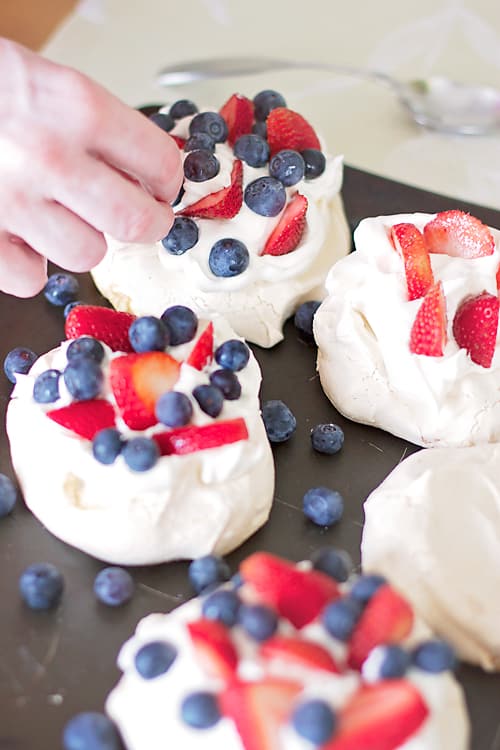 THIS is my favorite whipped cream recipe and I highly recommend that you make it. It takes even less time to prepare than the pavlova! 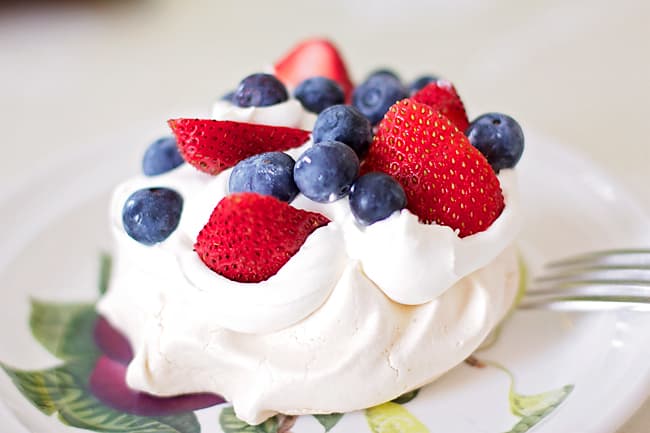 And that’s it. I hear this dessert is great to make the night before you’re expecting guests. Just put them in an air tight container and they’re just as fresh the next day. And it’ll highly impress your guests :) 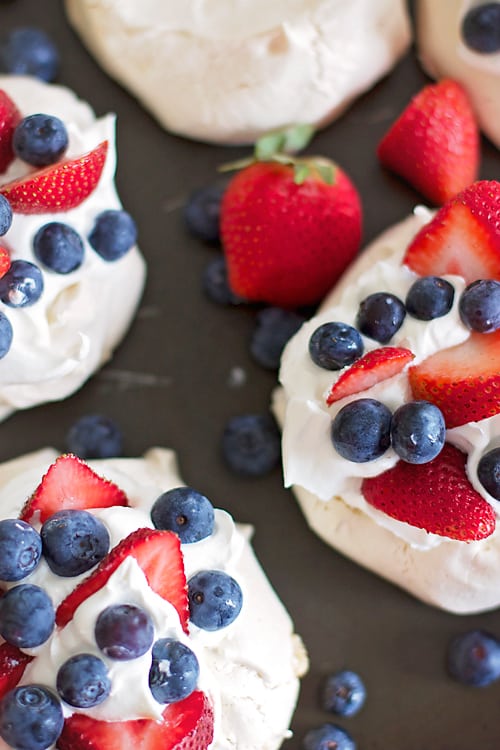 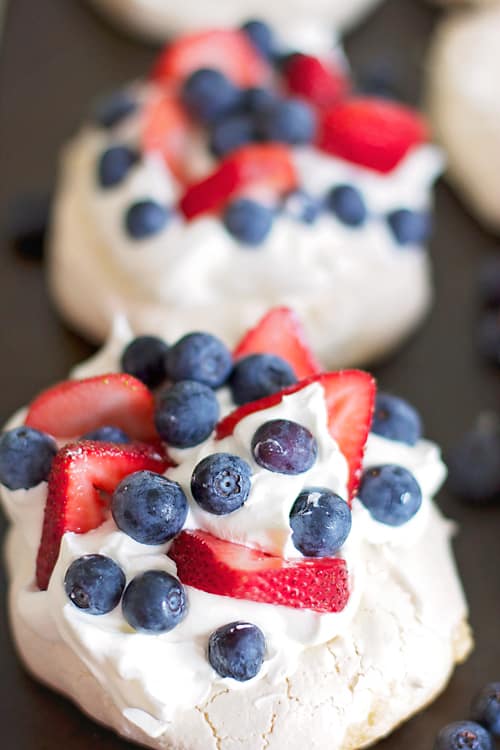 Have you ever made or tried Pavlova?