Thank you to Chicago Metallic for sponsoring this post today! I’ve used their bakeware for YEARS and am so excited to be working with them on this Split Decision Healthy Ice Cream Pie. 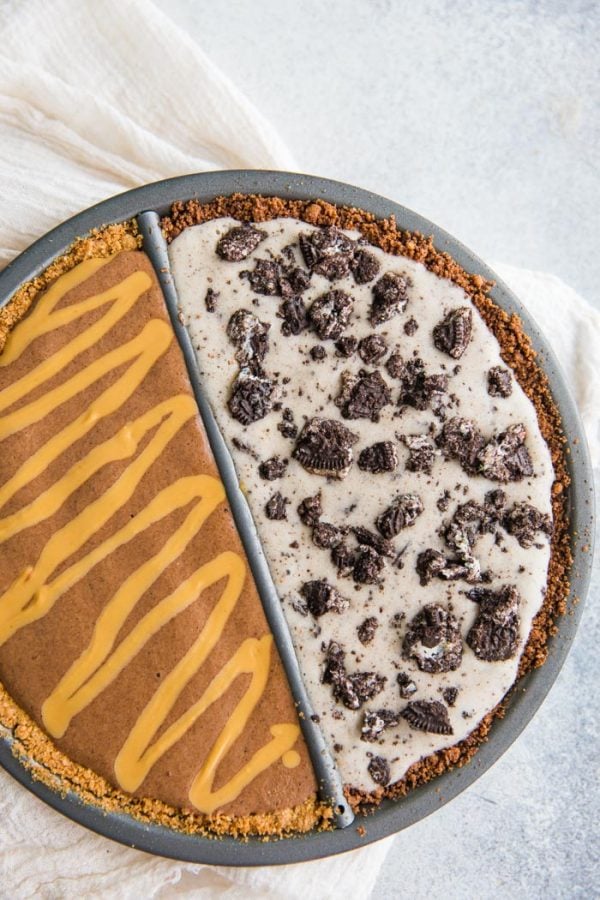 Happy National Ice Cream Pie Day! I’m excited to be partnering once again with Chicago Metallic for this special occasion. They tasked me with creating a split decision ice cream pie and I was VERY much up for the challenge. The hardest part was narrowing it down to JUST 2 flavors and I struggled! But in the end, I went with Chocolate Peanut Butter and Oreo Ice Cream.

We’re putting a healthier twist on ice cream pie today but using BANANA ice cream (aka nice cream). Apparently not everyone is a fan but I LOVE banana ice cream. Like, I could eat it on a daily basis (and maybe d0 during the warmer months).

If you follow me on Instagram then you saw the 1,000 photos of Jemma devouring gelato on our recent trip to Italy. When we’re at home though, it’s banana ice cream for that babe. She loves it just as much as I do :) 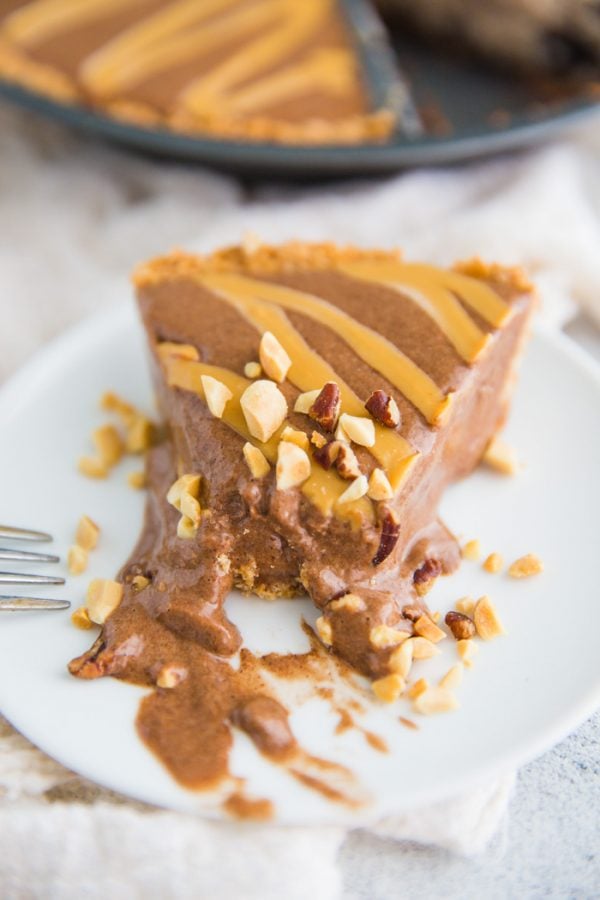 PLUS it’s super easy to make. Freeze bananas (after removing the peel) and when ready, simply blend them up. I find that this works best in a food processor but you can also use a blender. Typically I add in a bit of milk (whatever kind you like) or even water to get the blender going. The added liquid also gives the ice cream a nice touch of creaminess. 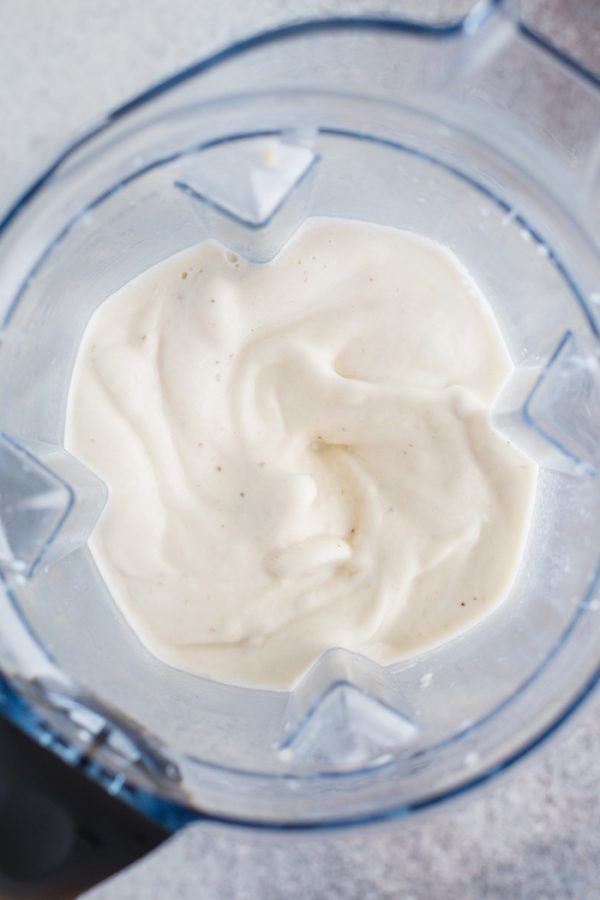 ^^^^Can you believe that this is ONLY bananas and a splash of milk!? OBSESSED.

It’s important to note that this works best with riper bananas. I usually buy a big bunch of bananas and whatever is leftover right before they go bad, I peel them and then throw them in a container to put in the freezer. 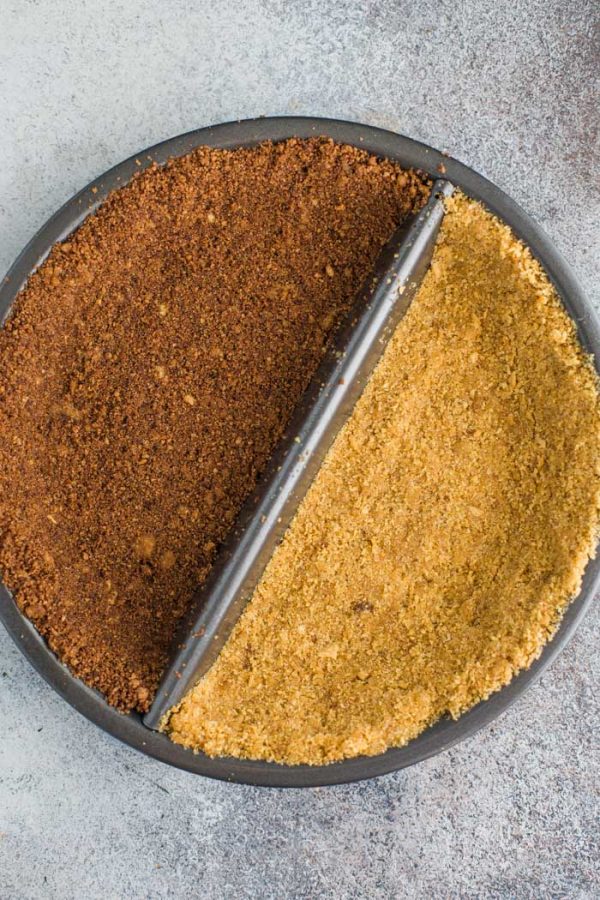 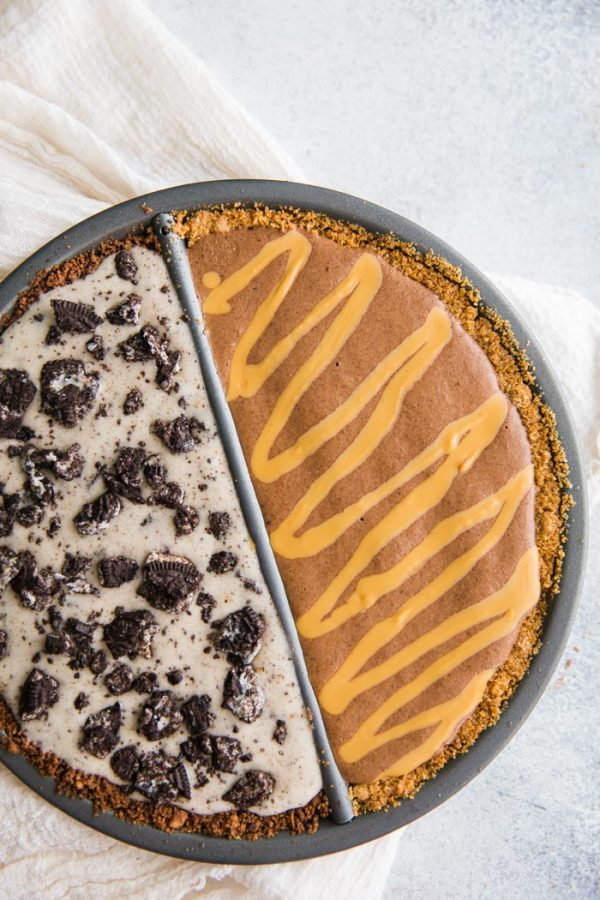 How to Make This Split Decision Healthy Ice Cream Pie

I made the graham cracker crust by combining graham cracker crumbs, butter (use vegan butter if that’s your thing), cinnamon, and sugar. I split that mixture in half and added some cocoa powder to one half of the crust mixture. That is then pressed into the two sides of the Split Decision pie pan. It’s baked for 7 minutes and then left in the fridge to chill while we make the ice cream.

3 frozen bananas are blended with a splash of milk (any kind works). To make the 2 different flavors, split the banana ice cream in half. To one half we’ll add some peanut butter and cocoa powder and to the other half we’ll add in crushed Oreo cookies (mmmmm!). Those flavors get added into the pie pan and topped with any toppings you might like.

All that’s left is to simply wait while it firms up in the freezer (SO HARD I know!). 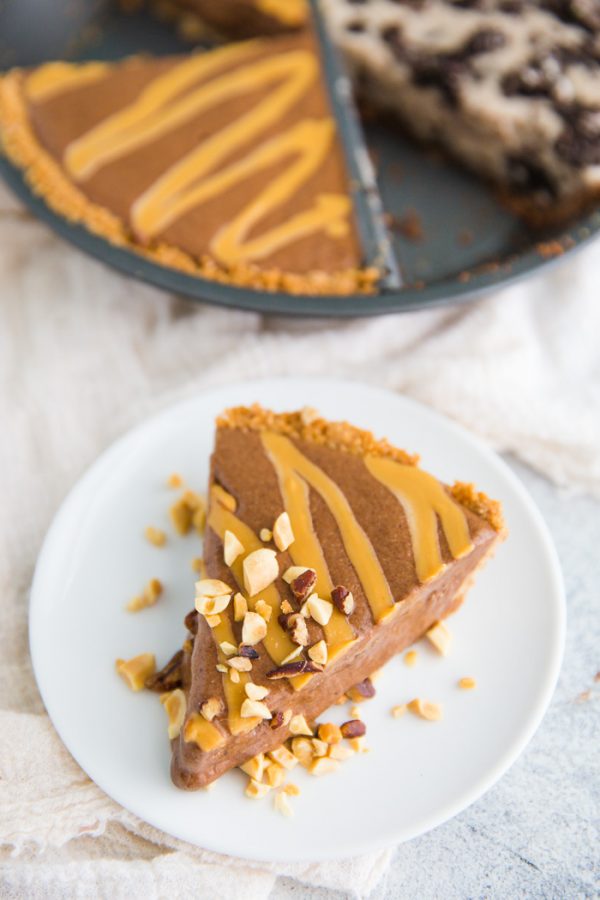 And that’s it! A delicious (2 really) ice cream pies for National Ice Cream Day! WOOO. Maybe one of my favorite new holidays?

I’ve had so much fun with this split decision pie pan. You can get learn more about the pie pan HERE and buy it on Amazon HERE.

My other split decision pie pan creation is HERE if you’re interested :D

For the double sided crust:

For the ice cream: