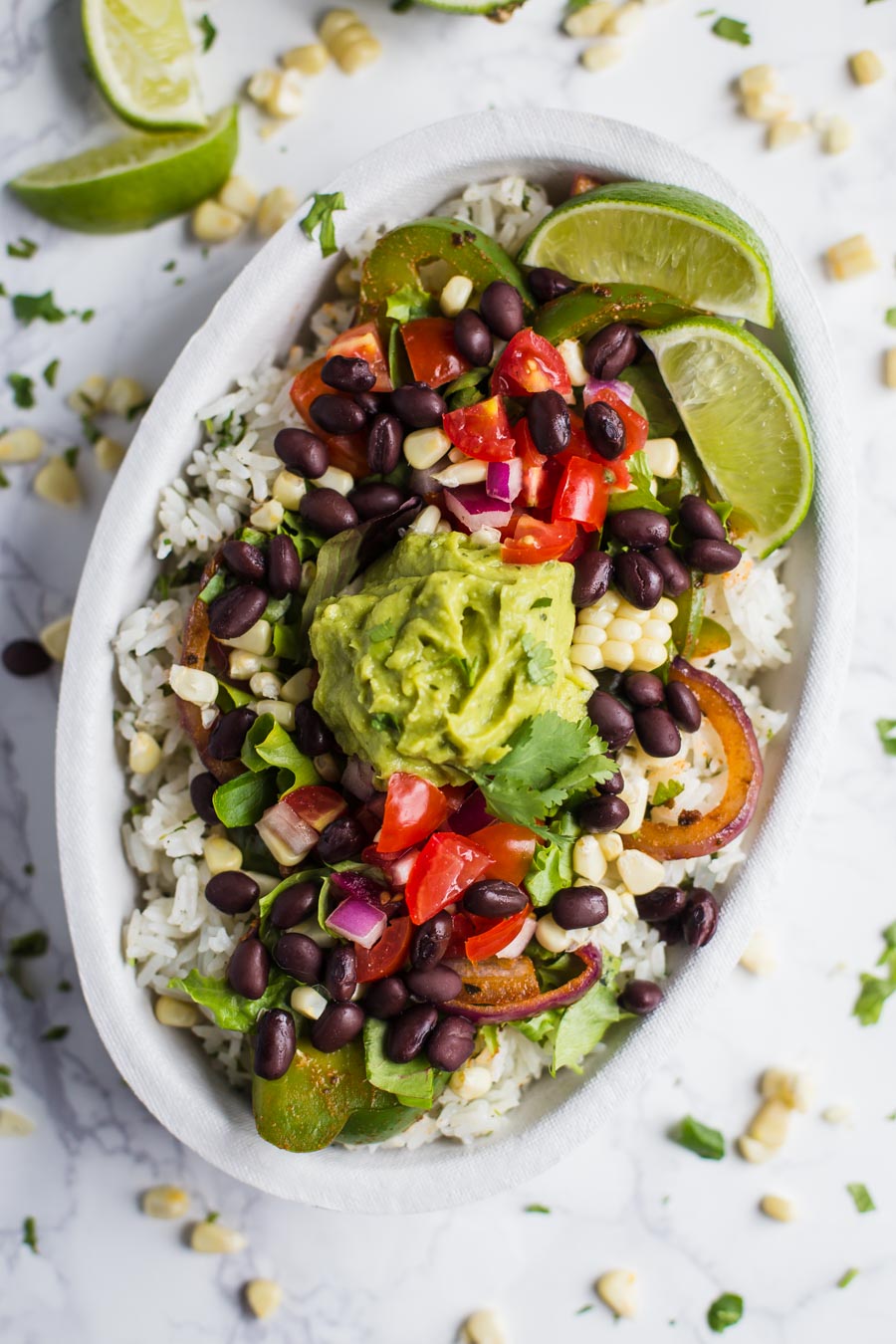 Welcome to my first recipe of 2017 and the first recipe of Plantuary! ALSO, my first post as a self employed woman! I’ve actually been working on this recipe since APRIL of 2016. I even photographed it once but was just never quite satisfied with the recipe or the photos. Yes, burrito bowls are pretty easy BUT I really wanted this one to very closely mimic a Chipotle burrito bowl. So, I had to test the whole recipe a few times.

I’m finally happy with it! While you could, I didn’t add any extra salt to the recipe and I sautéed the veggies in only a tiny bit of oil and simply added water to the pan when it got too dry (instead of adding more oil). I’m working to make small changes like that in order to reduce my daily intake of salt, oil, and sugar. 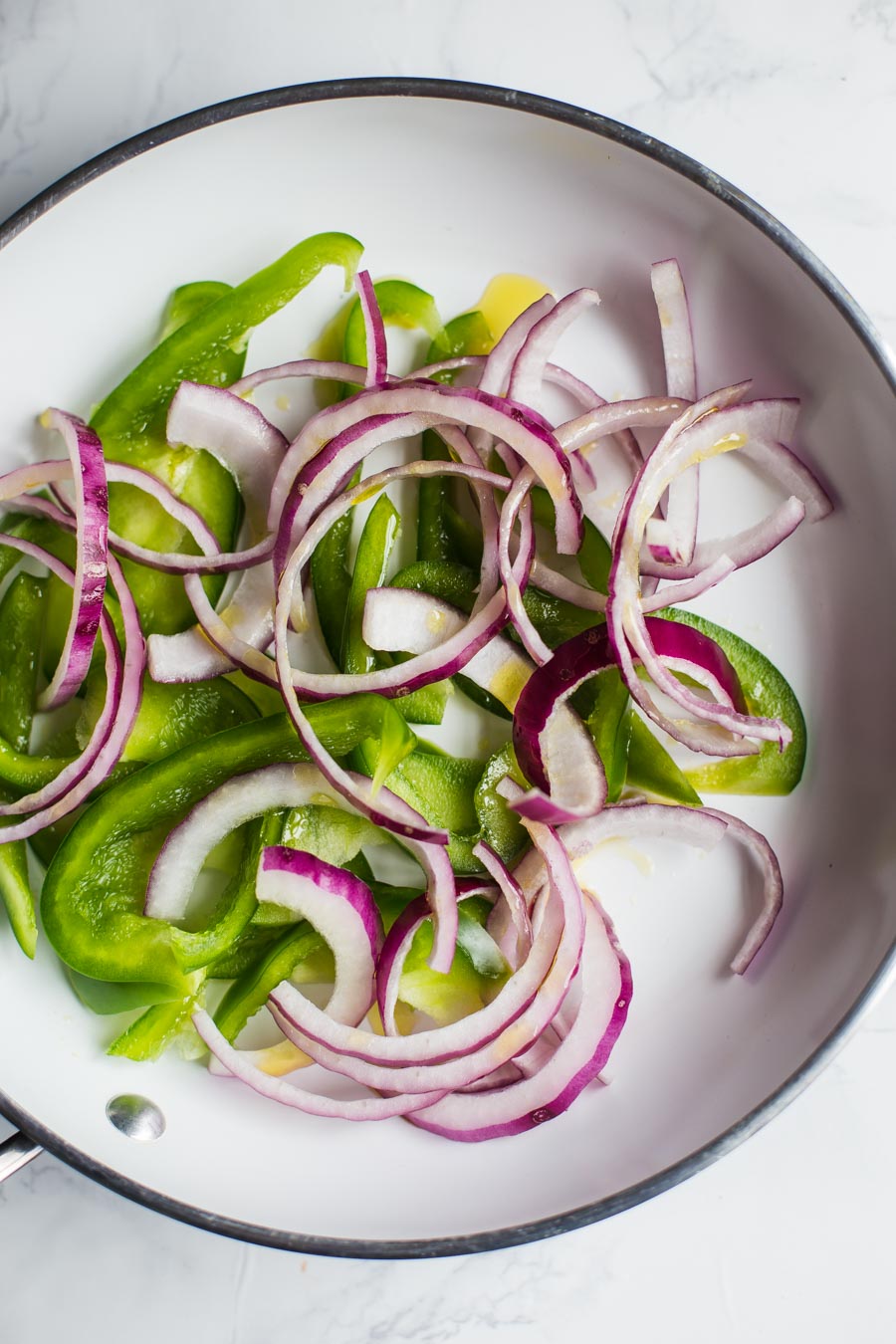 And yes, that is an actual bowl from Chipotle. I went there a “few” times (ya know, for research) and brought home an extra bowl to make things EXTRA legit! I went all out here, guys. 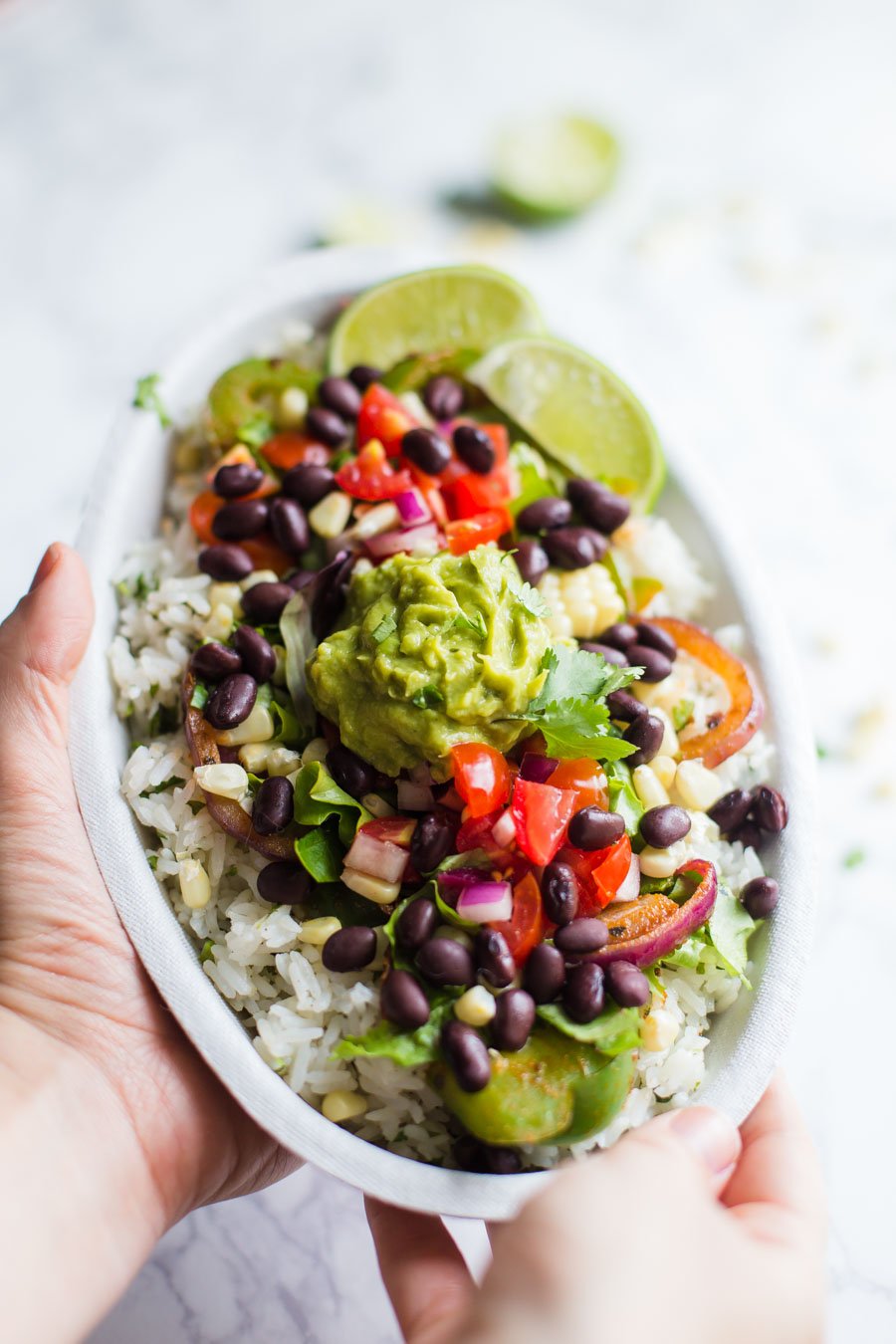 This burrito bowl is fully vegan (obvs). We start with a base of rice. White rice just tastes vastly better to me but if you’re a brown rice fan, go for it! You know what else would work well?? Quinoa OR even cauliflower rice! You could skip this step but I don’t recommend it: once the rice is cooked, mix in a handful of chopped cilantro, a squeeze of lime juice and if desired, a sprinkle of salt. From my experience, you want to add a little more lime juice in than you think you need. It’ll taste a little too limey at first but I’ve discovered that once it sits for even just 5 minutes, it loses quite a bit of the lime taste. So if at first you think you added too much in, it’s probably perfect :) 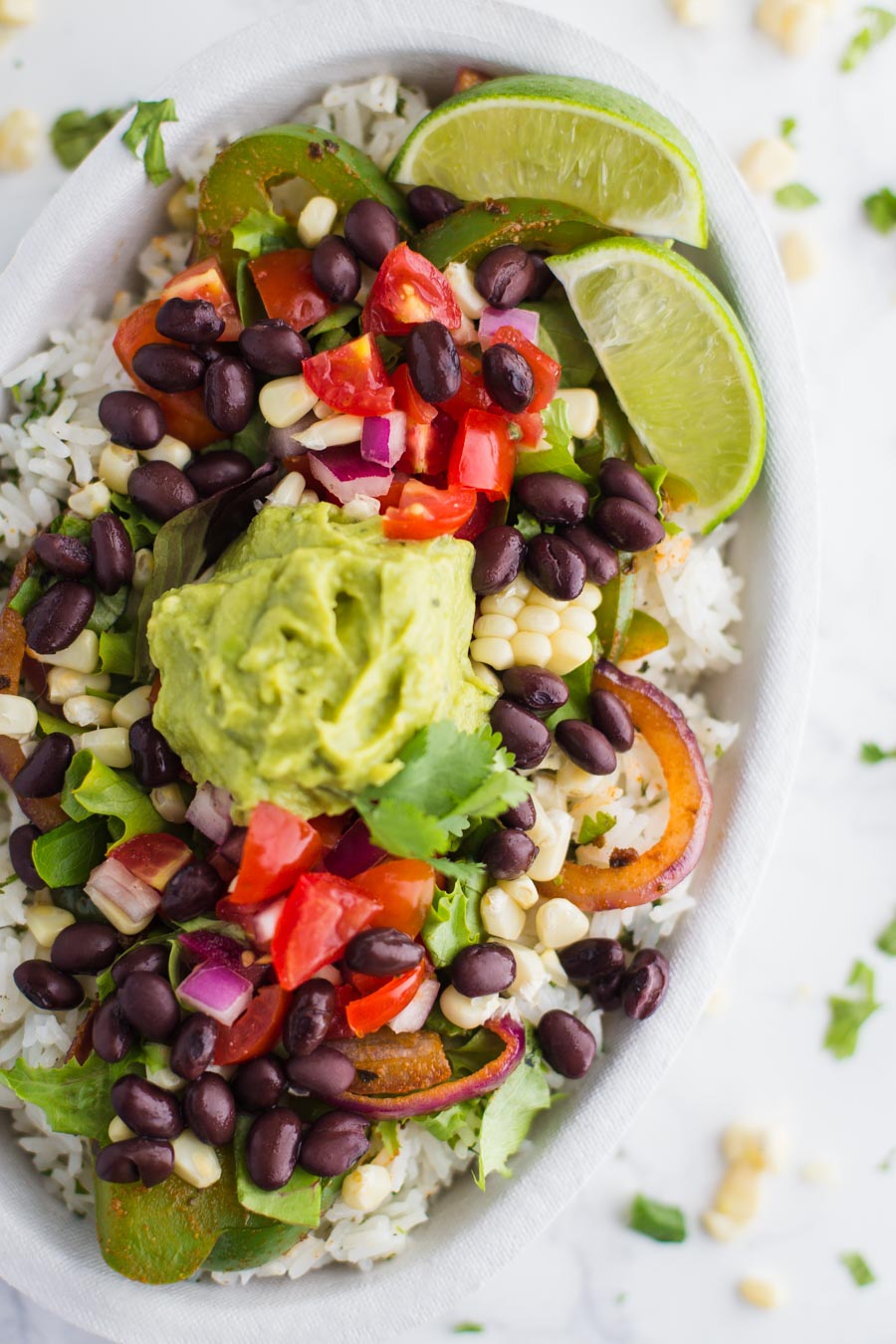 These burrito bowls are obviously pretty versatile. You could add meat to them, different kinds of beans, different peppers, maybe add in some jalapeno, or swap the rice out for quinoa or even cauliflower rice as mentioned before. Have fun with it! My 2 suggestions: don’t skip adding in the cilantro and lime juice and don’t skip the seasoned and sautéed veggies (bc those are my favorite parts!)!