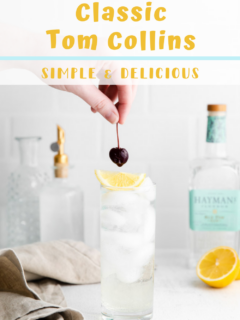 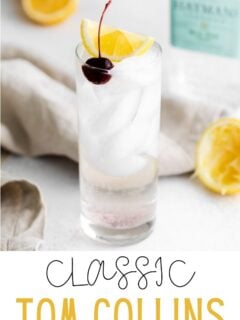 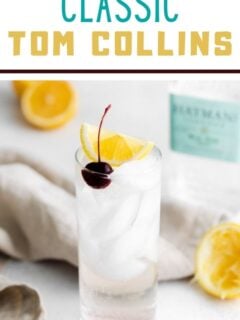 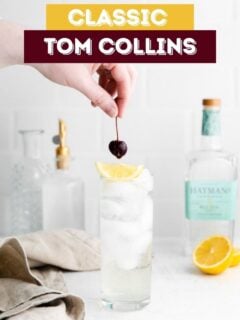 Learn how to make this simple and CLASSIC Tom Collins drink that’s a delicious and refreshing mix of of gin, lemon juice, simple syrup and club soda! Such a simple yet enjoyable cocktail that I know you’re going to love!

Hopefully you’ve been catching all of my classic cocktail recipes that I’ve been posting lately. I’ve been doing about 1 new cocktail/ week and it’s been so fun to go back to the basics and learn to make some of the most beloved cocktails around!

The origin of the Tom Collins is a little murky and even with a bit of research, I learned that there’s no clear answer where the drink came from. It’s widely believed to have originated in England by a man named JOHN Collins. However, there’s no actual evidence of that.

One of the other popular stories behind this classic cocktail is that people would walk around New York City telling their friends that a man named Tom Collins was spreading rumors about them. Those people would then go looking for this Tom Collins in a bar where he was said to be in spreading those rumors. When asked where Tom Collins was, the person would instead by handed a gin drink similar to this Tom Collins Cocktail. This one is known as the Hoax of 1874 and as random as it is, I like it :)

Here the the ingredients in a Tom Collins:

That’s all for today! Keeping it SHORT and sweet as I like to do for cocktail posts :)

As usual, if you end up making this cocktail, please come back and let me know how you like it. Or tag me on Instagram @foodwithfeeling! I always love to see what y’all are cooking from the blog.

Learn how to make a classic Tom Collins drink! 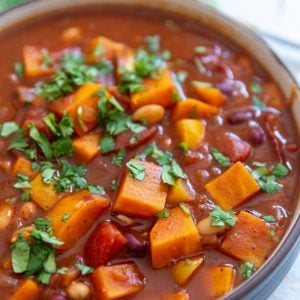 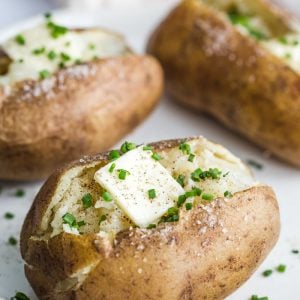 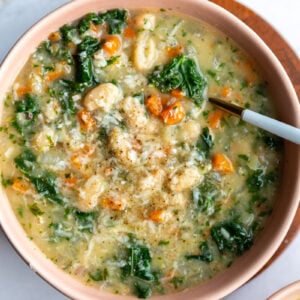 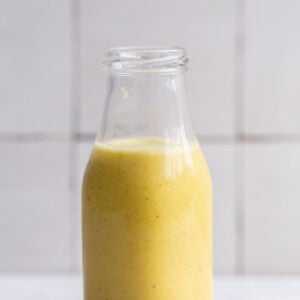