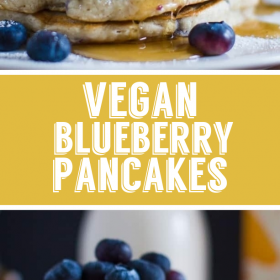 VEGAN Blueberry Pancakes- this banana pancake recipe is easy to throw together and results in the BEST Fluffy Pancakes! 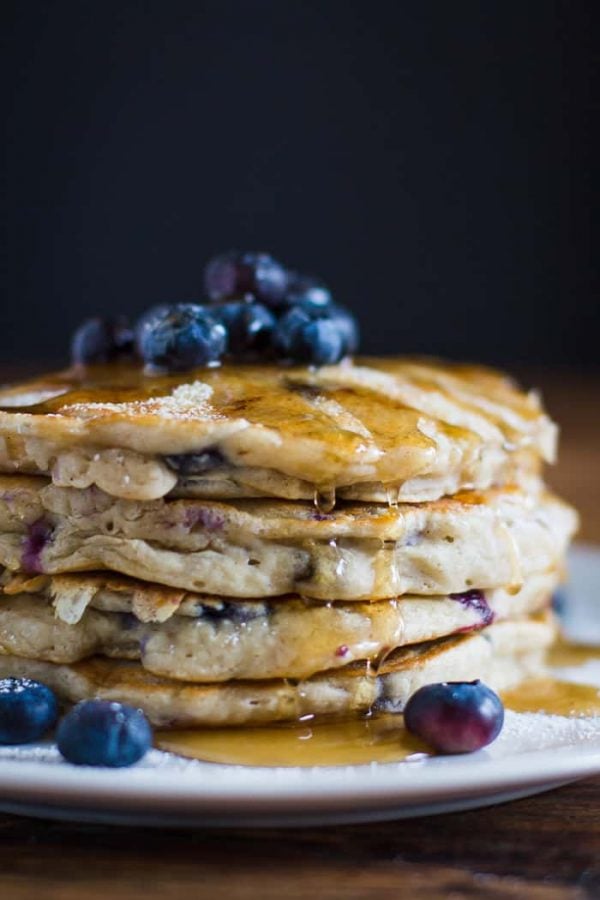 How’s your new year going?? It’s funny to me that January 1 feels a lot different than December 31. Nothing really changes besides the calendar and yet it genuinely feels like a new start. Work really ramps up for me in January so maybe that’s part of it for me….after a long season of quietness, things get pretty crazy in the Tennessee State Legislature.

Then there’s also the whole eating healthier thing and seeing as food is a huge part of my life, that really changes things for me. After all that cake and waffles and stuffed shells in December, my body is certainly welcoming all the green smoothies I’ve been making and the massive amounts of salad that I plan on eating :)

We’re easing ourselves into the healthy eating though. Let’s take things slow, okay? We’ll start with these pancakes. We’re swapping out the milk for almond milk and replacing the eggs with a mashed banana to lighten up the recipe and to make it VEGAN. 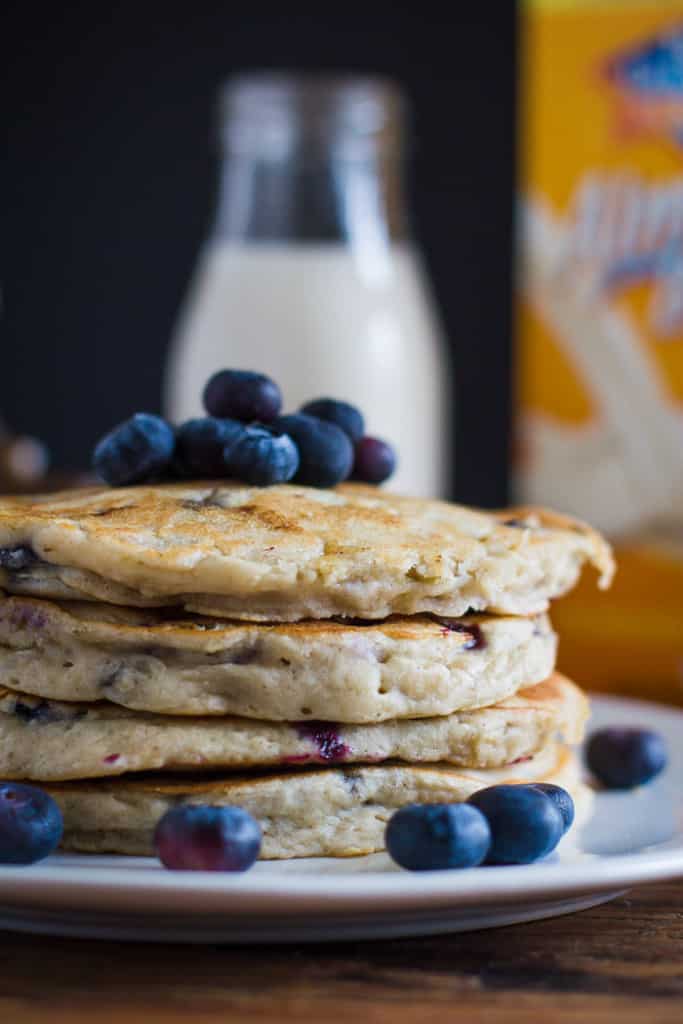 I’m really excited to share this Vegan Blueberry Pancake recipe with you! These are seriously the BEST vegan pancakes I’ve ever made. I spent a rather large portion of my Christmas break perfecting this recipe and tweaking it to result in the fluffiest of vegan pancakes. And just for the record: I also tested out freezing and re-heating them which worked great! So, go ahead and make a big ole batch to save some for later.

As I mentioned, we’re using almond milk for this recipe. I’ve been really wanting to try Blue Diamond’s cashew milk blend so I bought a few cartons in December. I’ve seriously been LOVING it. It’s a bit thicker and therefore a little creamier than regular almond milk. I used it quite a bit in my hot chocolate and it was AMAZING! I highly recommend it. And, I used it in these pancakes.

How to make Vegan Banana Pancakes:

The pancake recipe is as easy as sifting together the dry ingredients and then mixing in the remaining ingredients.

Then cook the pancakes on a griddle and EAT. We’re keeping things simple this January and I’m pretty happy about it. 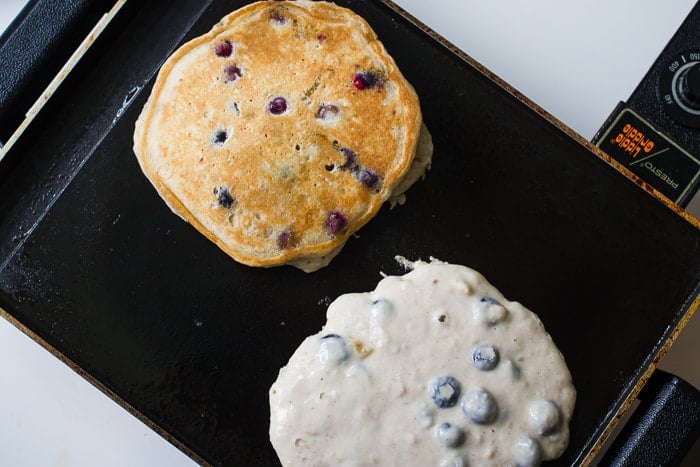 I still have a few of these pancakes in my freezer and I’m pretty sure that I’m going to be enjoying them for brinner tonight (breakfast at dinner). 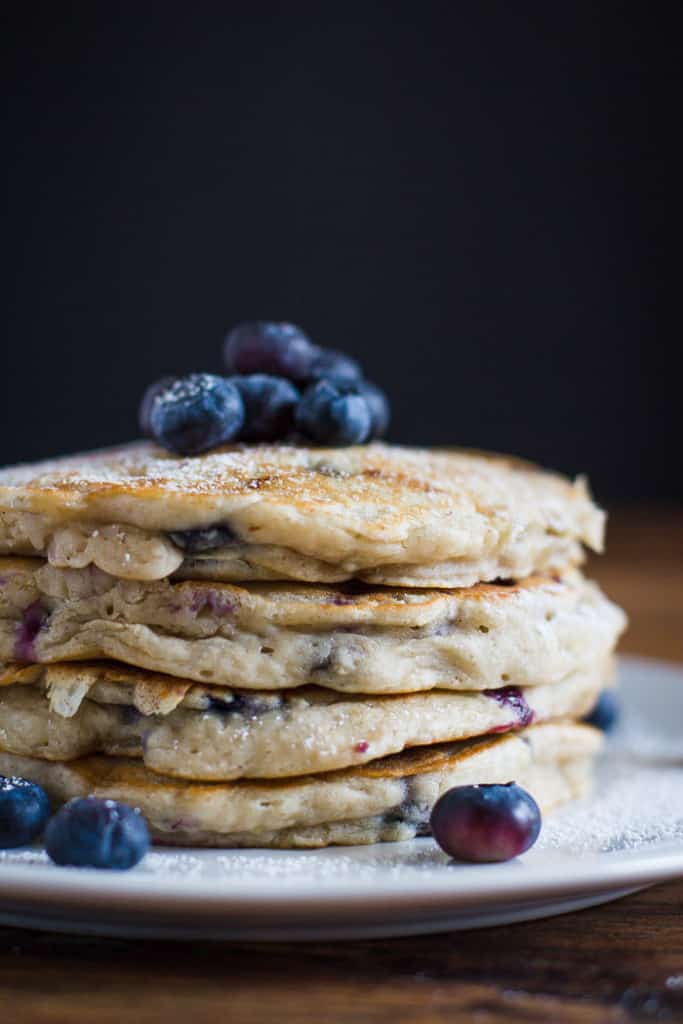 See how to make these EASY Vegan Pancakes:

VEGAN Blueberry Pancakes- this banana pancake recipe is easy to throw together and results in the BEST vegan pancakes ever!