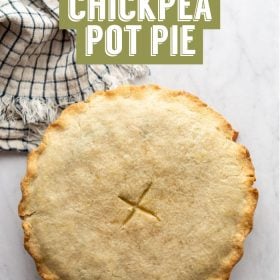 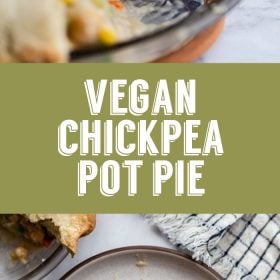 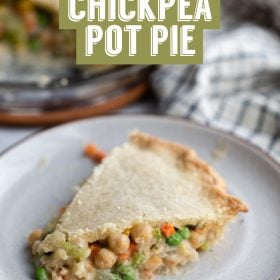 I’ve been hard core craving chicken pot pie lately so I figured that I would make a VEGAN version of the classic recipe by swapping out the chicken for chickpeas and leaving everything else pretty much the same. The result is a comforting, filling, and OMG SO DELICIOUS meal that I could legit eat every single night!

If you like this Vegan Pot Pie then I think you’ll also LOVE my Chickpea Noodle Soup, Vegetarian French Onion Soup, and these simple Vegan Enchiladas!

I feel like I say this about every single recipe that I post BUT OMG THIS IS SO GOOD!

I took my original coconut oil pie crust but used vegan butter instead and it really makes this recipe ?!!

I kept the recipe pretty true to the original and just made small adjustments where necessary to get it fully vegan but still delicious!

I keep meaning to try freezing this recipe (I’m thinking before the bake process) to see how well that would work. This would make SUCH a great recipe to take to new parents or even to a pot luck where you need a good vegan option.

See How to make the Vegan Pot Pie here:

This Chickpea Pot Pie is SO comforting and filling! It’s a great pot luck dish and something everyone will love!

*HERE is my coconut oil vegan pie crust but you can use any you wish!

*You can obviously sub this for 2 cups of fresh vegetables, you’ll just want to saute them in a little oil over medium heat for about 8 minutes before adding them to the rest of the recipe.

**this is optional but I just really like adding it in :D 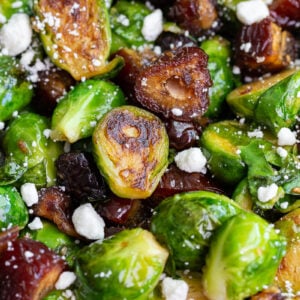 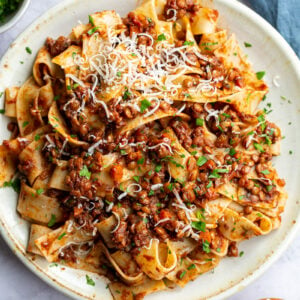 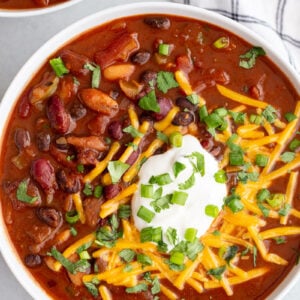