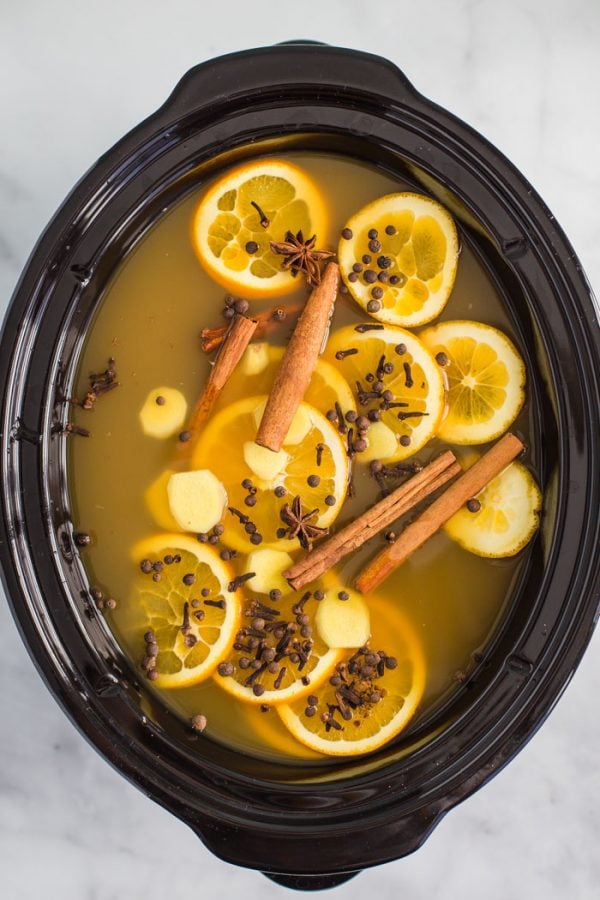 Cocktail week DAY FIVE! This one is a pseudo cocktail. Pseudo meaning 1) is mulled apple cider really a cocktail? I think it is if you add whiskey in it. 2) The base recipe is non-alcoholic. I set the recipe up so that this can be served on it’s own and the alcohol can be added into each individual cup. This makes it perfect for parties :)

I grew up drinking a LOT of apple cider every winter. My mom is a big fan and would make cider each holiday season in a giant pot on the stove. I LOVE how it makes the house smell and I can’t drink a cup without thinking of her. Sadly, I have not made it enough over the past few years so I’m excited to remedy that this season. 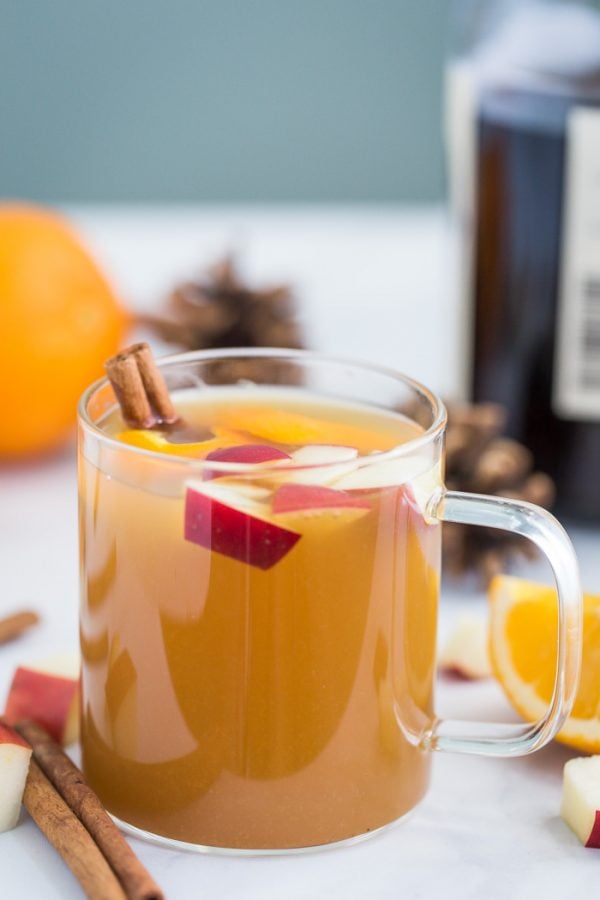 The other nice thing about making/ serving this in a crockpot is that you can easily keep it warm without having to keep the stovetop on. I’m a big fan of this! You can put the slow cooker right on the bar cart or nestled it among all of the holiday party treats.

If for whatever reason you would rather make this on the stovetop, I’ve included instructions for that as well. I’ve got you covered! It’s pretty much the same method :) 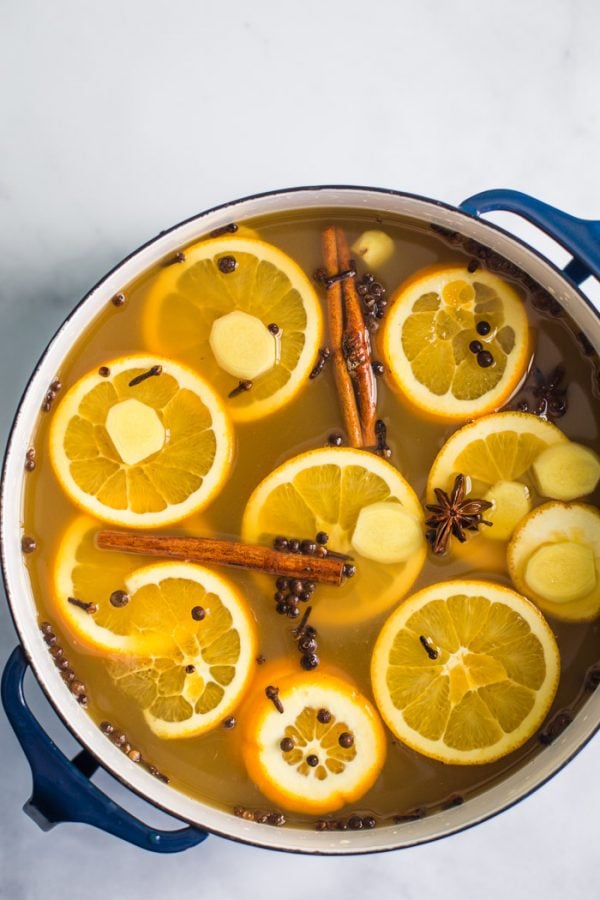 This mulled apple cider is very easy to make! Basically dump everything in the crockpot and let the flavors blend all together over the course of a good few hours. You can also leave it cooking overnight on low if desired.

If you’re making the mulled cider on the stovetop then it only really needs about an hour simmering until it’s ready to drink (although you could leave it on the stovetop on low for a good while if you’re wanting to keep it warm for an extended period of time). 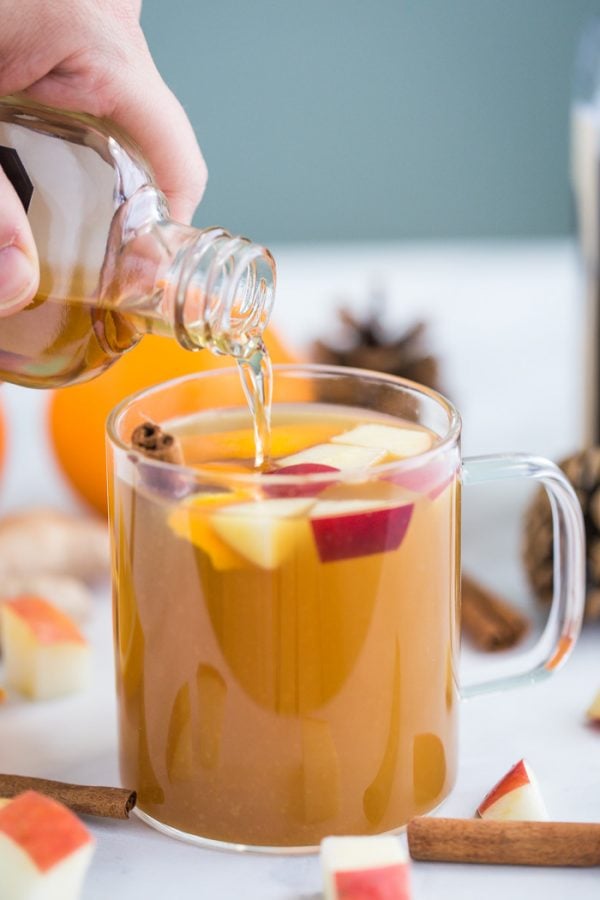 What kind of alcohol is best for Mulled Cider?

If you’re looking to spike your mulled apple cider then you have lots of good options to choose from!

The most common liquors used to spike apple cider, and the ones I love to use, are Rum, Bourbon, and Whiskey. After doing a little research, I see that almost ANY hard liquor can be used in mulled cider including tequila, spiced rum, and brandy. Please let me know how you spike it and how you liked it!! 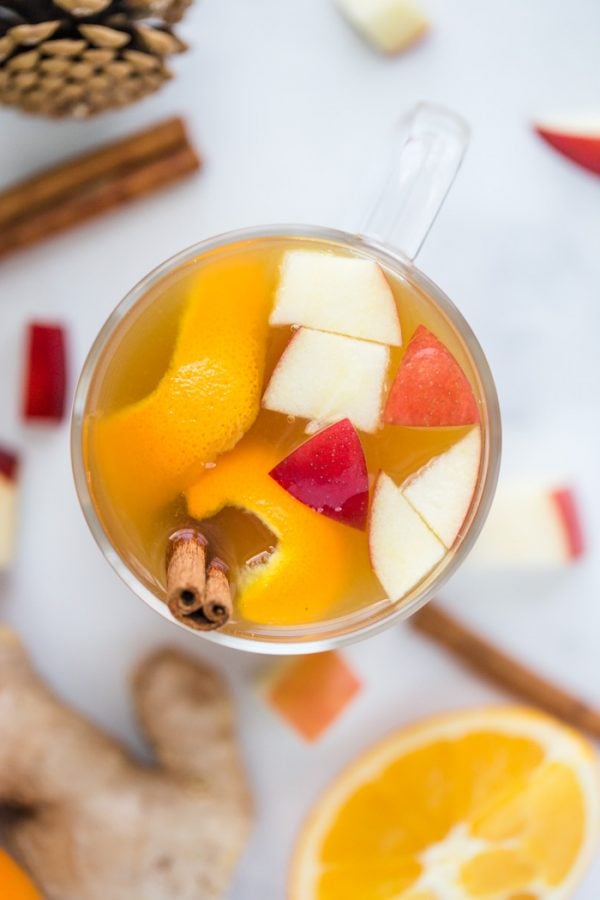 See how to make this Slow Cooker Mulled Cider here: