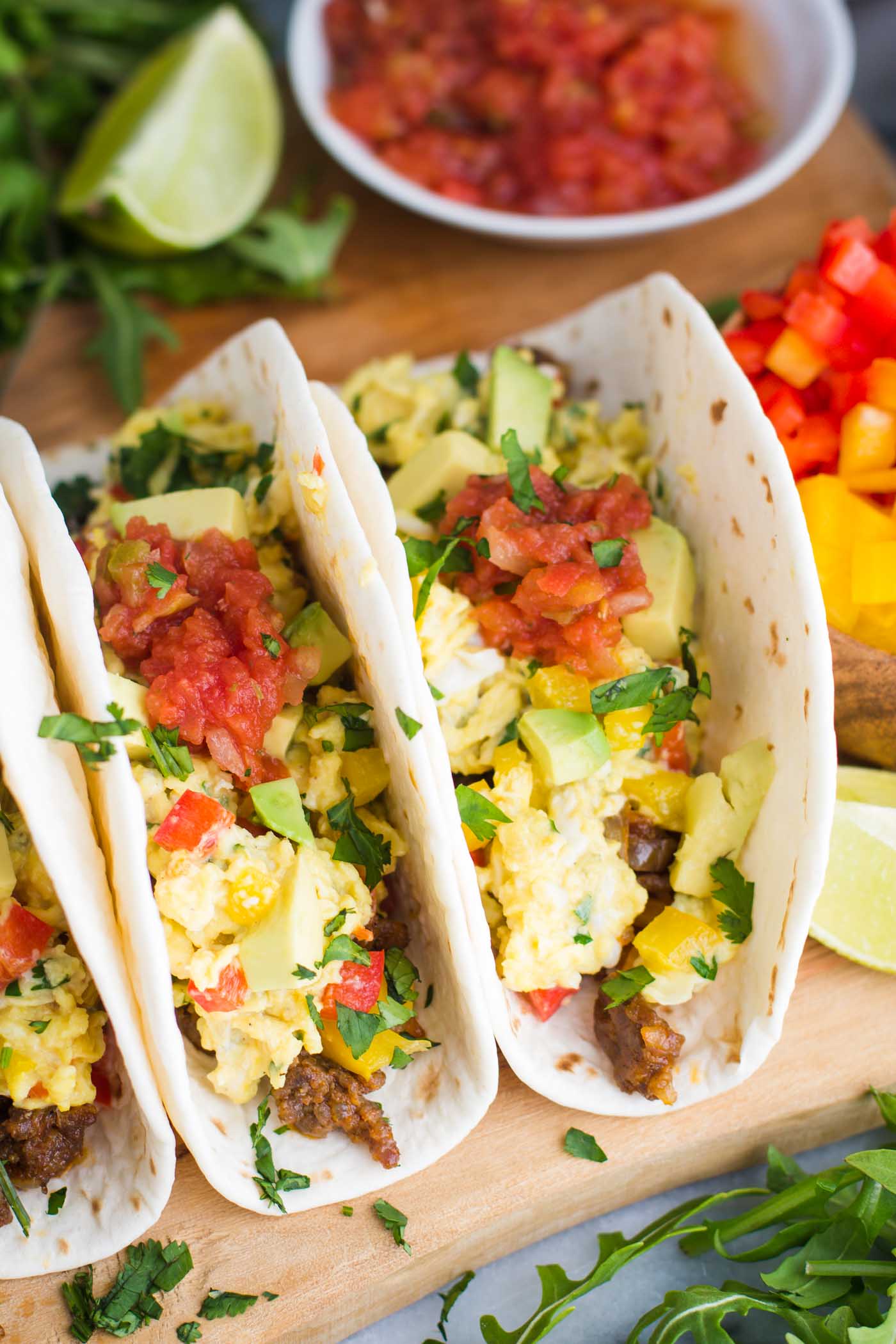 Can we just take a second to talk about the fact that it was over 70 degrees in Nashville this past weekend? Leave it to Nashville to be covered in snow one week and then sunny and beautiful the next. Stephen and I both abandoned several of our chores so that we could just be outside and actually enjoy it a bit. The dogs prefer the snowy weather but I think that they were also appreciative for the many walks that they went on over the weekend. 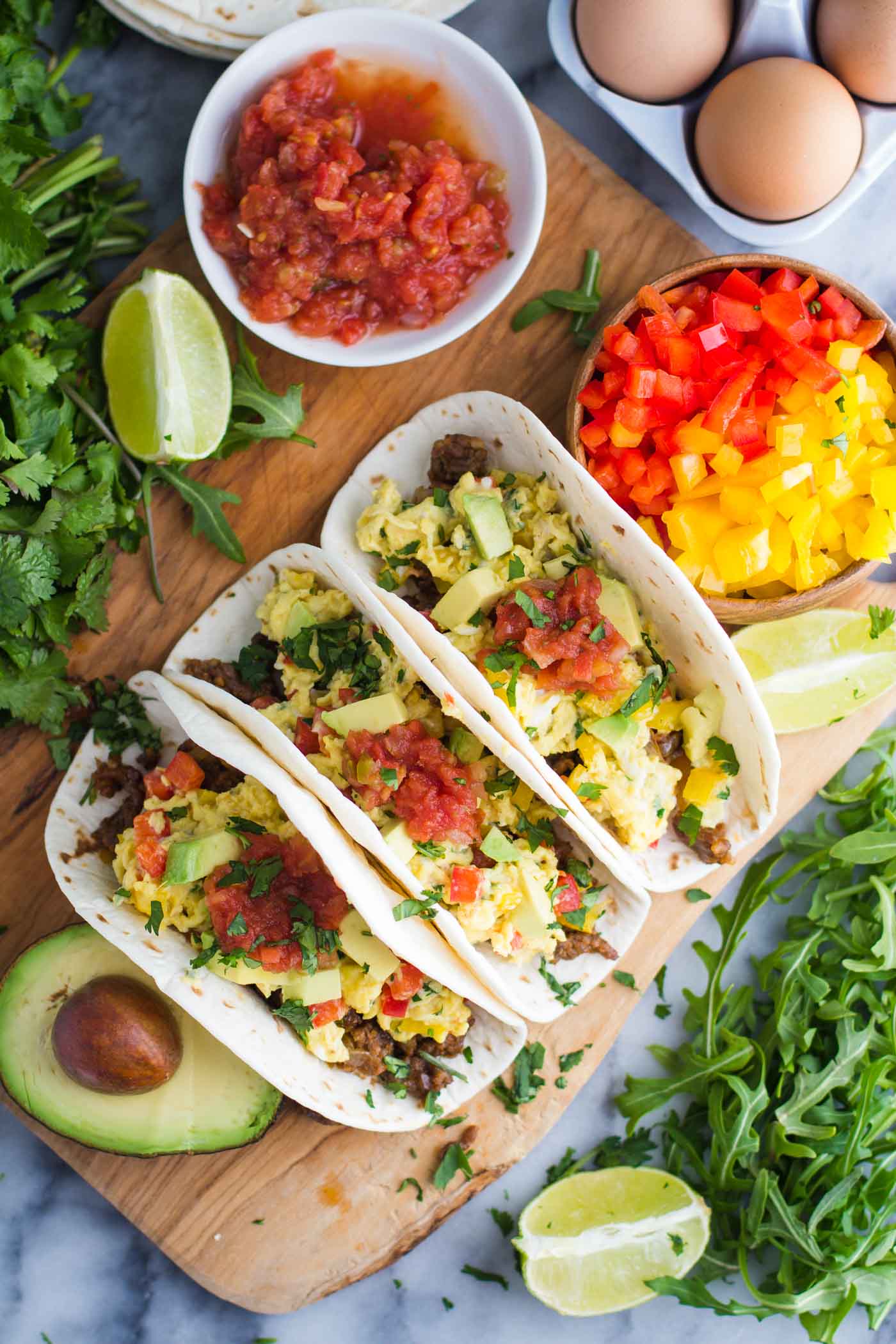 In other news: these BREAKFAST TACOS! I’ve been planning and dreaming of these tacos for quite a while now. I had so many ideas for some fancy tacos but in the end decided to keep it simple. Simple breakfast. Simple tacos. I had also planned on them being vegetarian but seeing as I had a ridiculous amount of chorizo in the freezer (I really don’t know why) I decided to throw some of that into the mix as well.

We’ve created lots of great breakfast remixes on the blog including breakfast pizza, breakfast quesadillas, breakfast nachos, breakfast toast cups, and even a one pan breakfast bake. Hopefully you know by now that I’m a huge fan of ‘throw an egg on it and call it breakfast’. 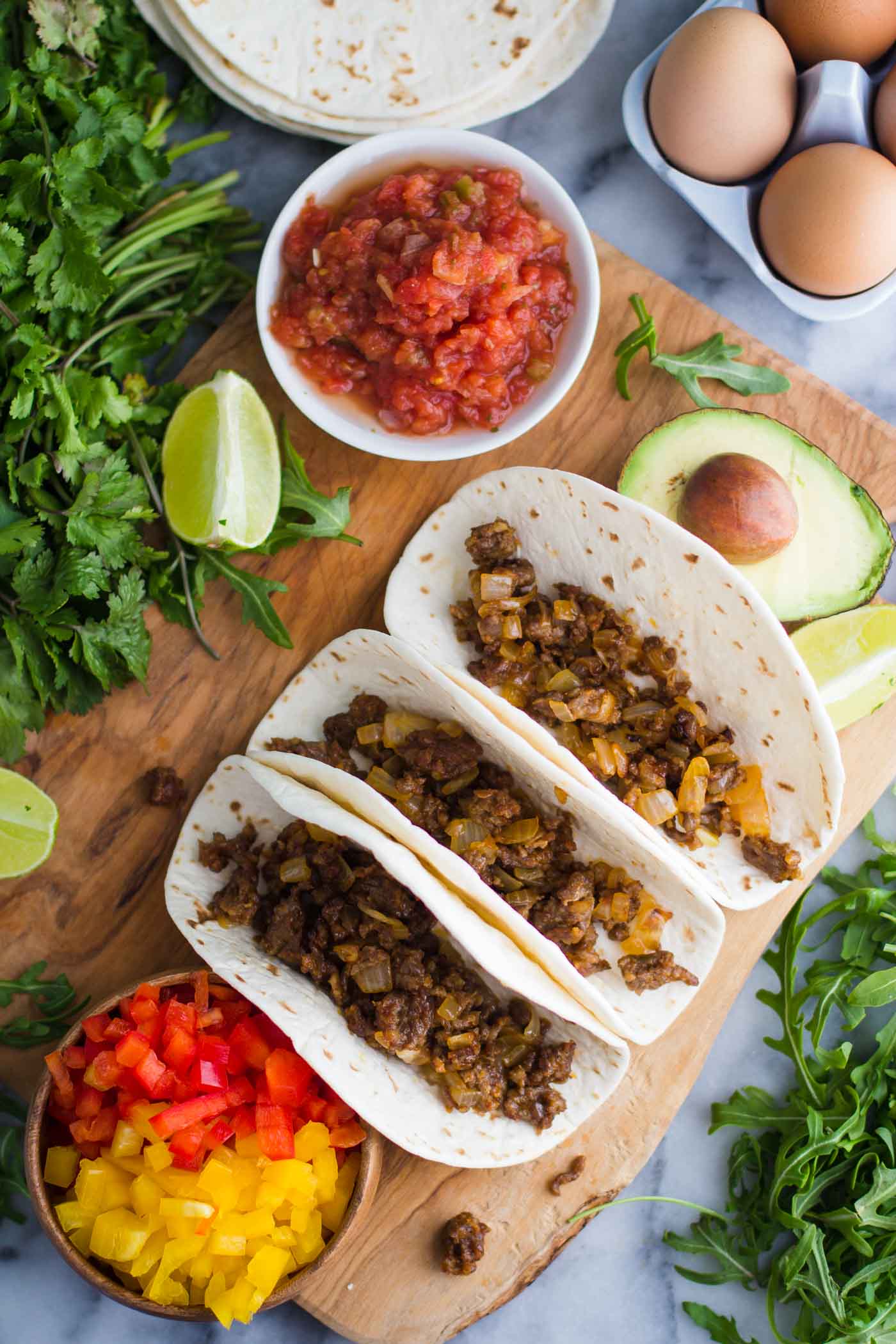 The ingredients of these tacos are also compliments of a shoot that I worked as a food stylist this past week. The company wanted their pictures to look like a “bountiful harvest” which means that I bought almost $100 of fruits and veggies for the shoot. It also included me buying EIGHT acorn squash for a particular part of the shoot. So, needless to say, you’ll be seeing lots of veggies on the blog over the next couple weeks since I’m determined not to waste any of it. 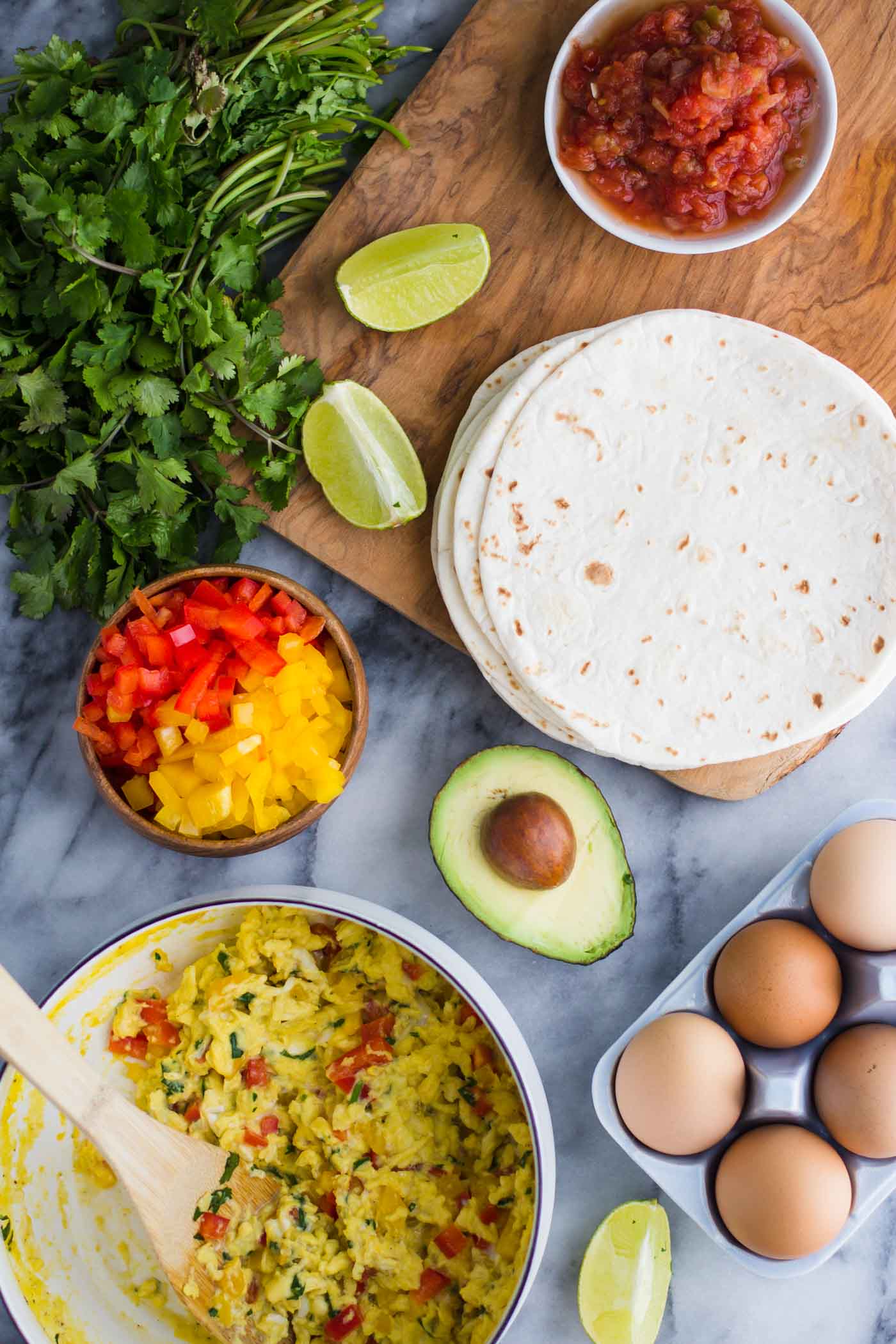 For these breakfast tacos, we simply sauteed some onion in with the chorizo and scrambled some eggs and threw in some bell peppers and a bit of chopped cilantro. Then we put it all in a tortilla, topped it with some salsa and avocado, and called it a day. 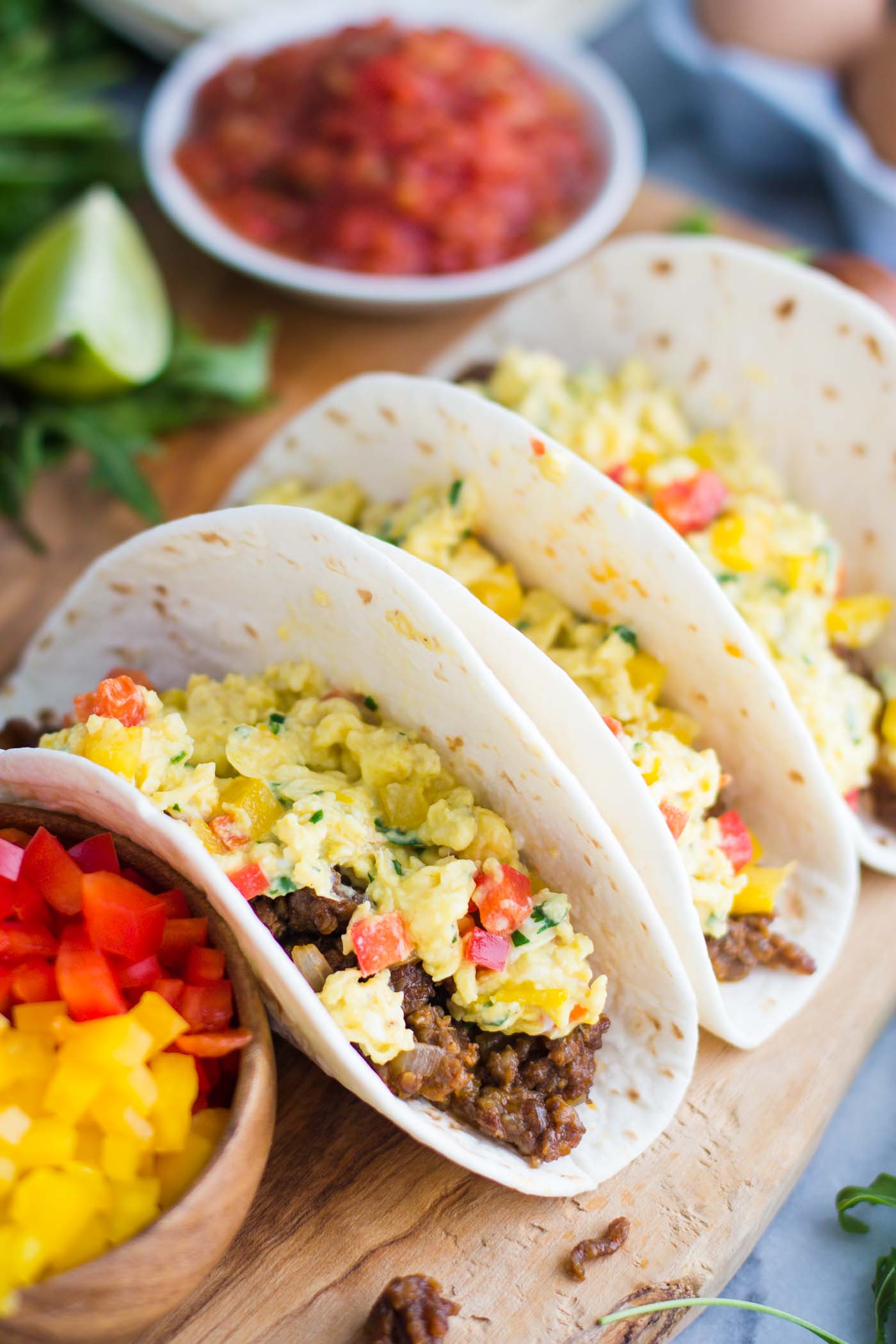 We want to feel fancy with these tacos without actually having to put in too much effort. 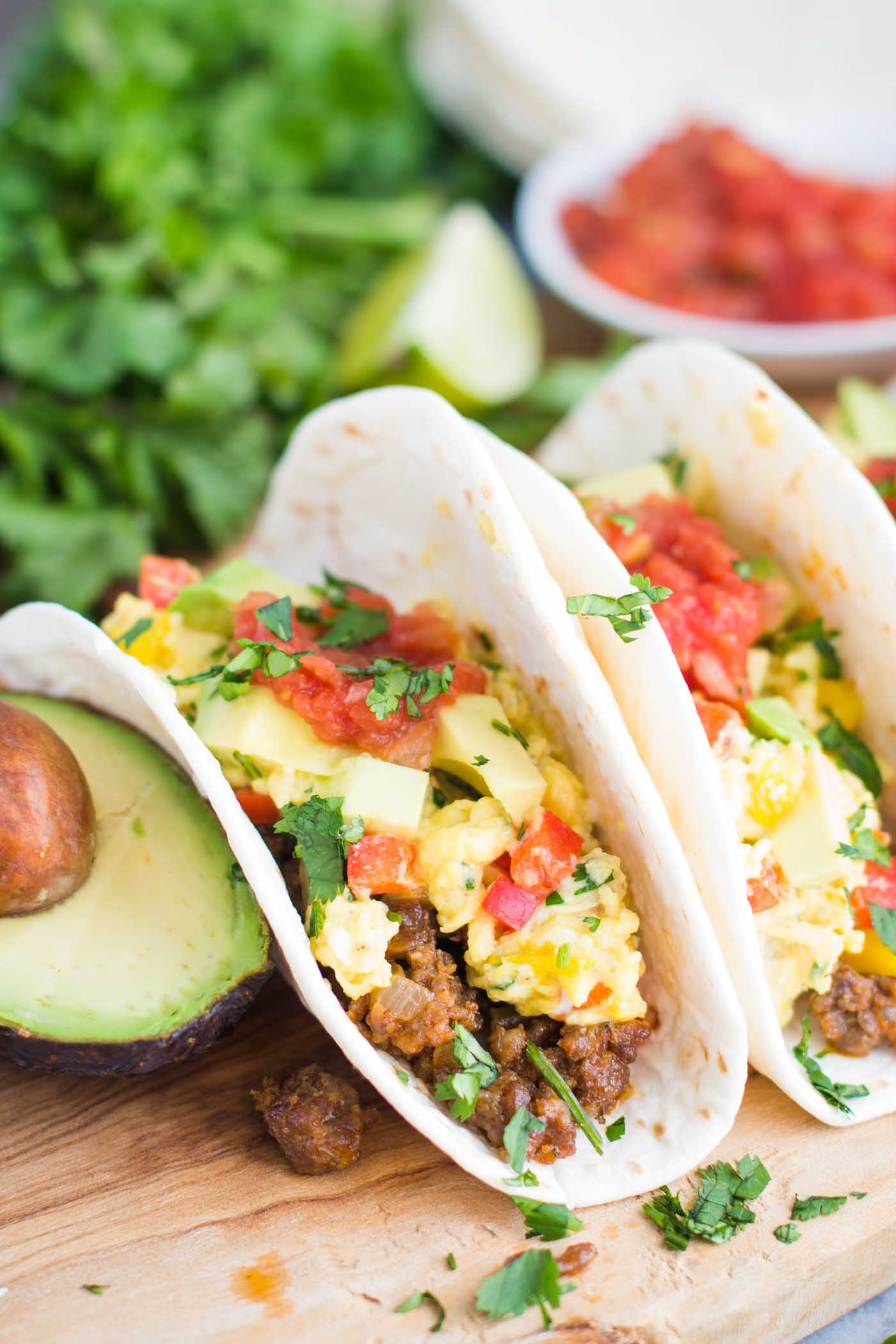 If you’ve never tried out Breakfast Tacos, I’m here to attest that they are DELICIOUS and you should put them on your “recipes to try” list right NOW.