I’ve had about 20 friends lately ask me if I am now a vegan. I suppose that’s due to the fact that I’ve posted quite a few vegan recipes in the past few weeks. Truth is, I just really enjoy experimenting with odd ingredients (that just so happen to be vegan) and finding healthier alternatives to traditionally un-healthy treats. Like donuts. 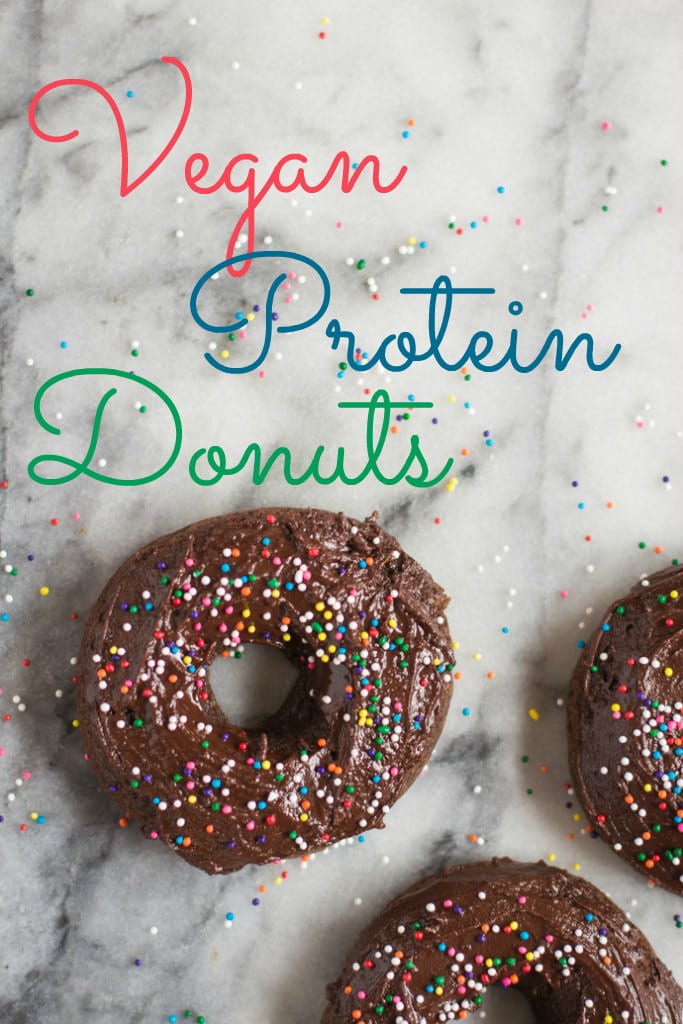 These donuts are inspired by Aloha and their healthy “social gathering menus” initiative. I wish I could show their recipes to everyone I work with because nothing gets me more than free food at work. It’s both a blessing and a curse that I work in a place that has an abundance of free breakfast, lunch, and dinner meetings and receptions. Why is free food exponentially harder to say no to? 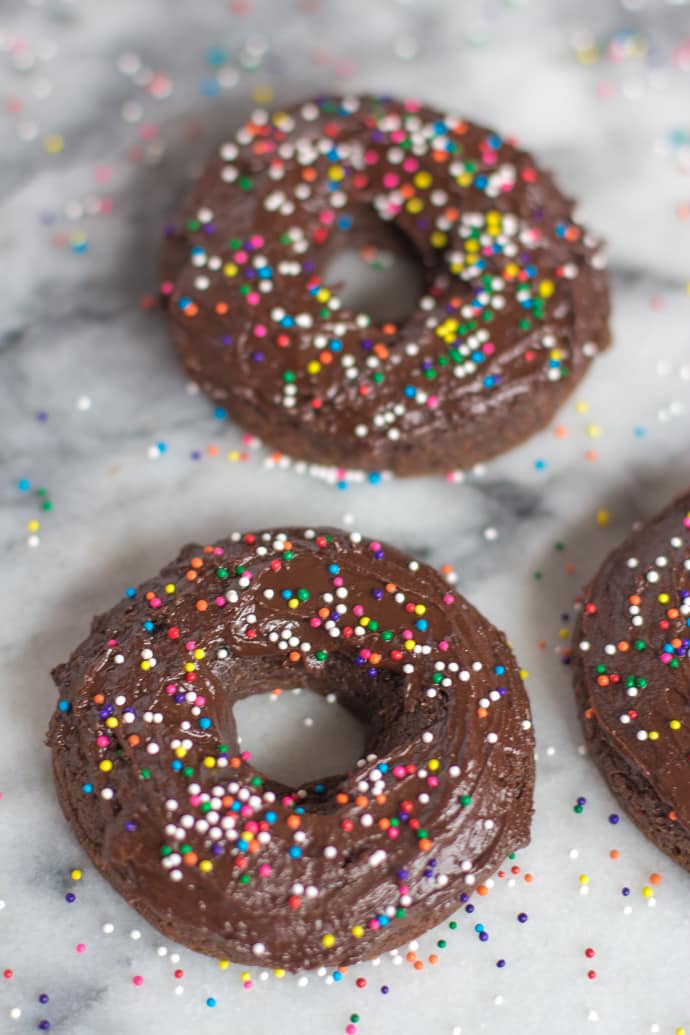 While I had heard about them for awhile, it wasn’t until recently that I finally tried out some of Aloha’s products. I signed up for their free trial membership so that I could try out a few products before committing to anything.

I’m kind of a sucker for good packaging and they do it so well:

I tried out their protein powders (because, as you know, I’m always on the hunt for the best protein powder!) and some of their whole food powders. 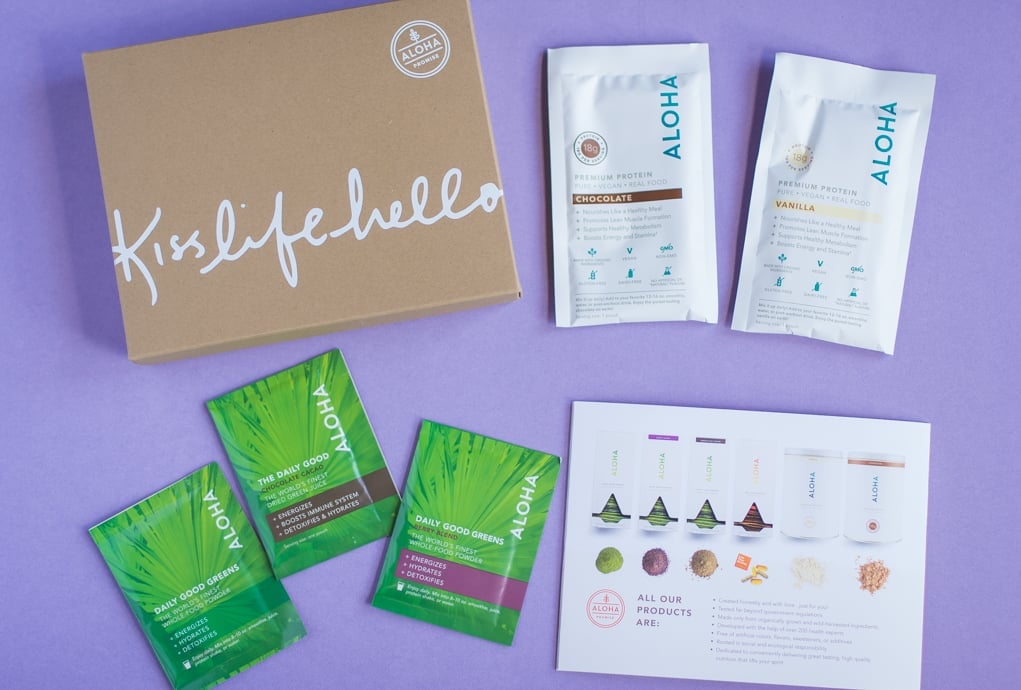 After browsing the healthy recipes on their website, I was inspired by this chocolate cake recipe. I used the icing recipe from this recipe for my donuts.

These Vegan Protein donuts are dairy and egg free. They’re also flour-less and yet still delicious!! These are pretty similar to the muffins that we made a couple weeks ago, except they have protein in them and the egg was replaced with some apple sauce. 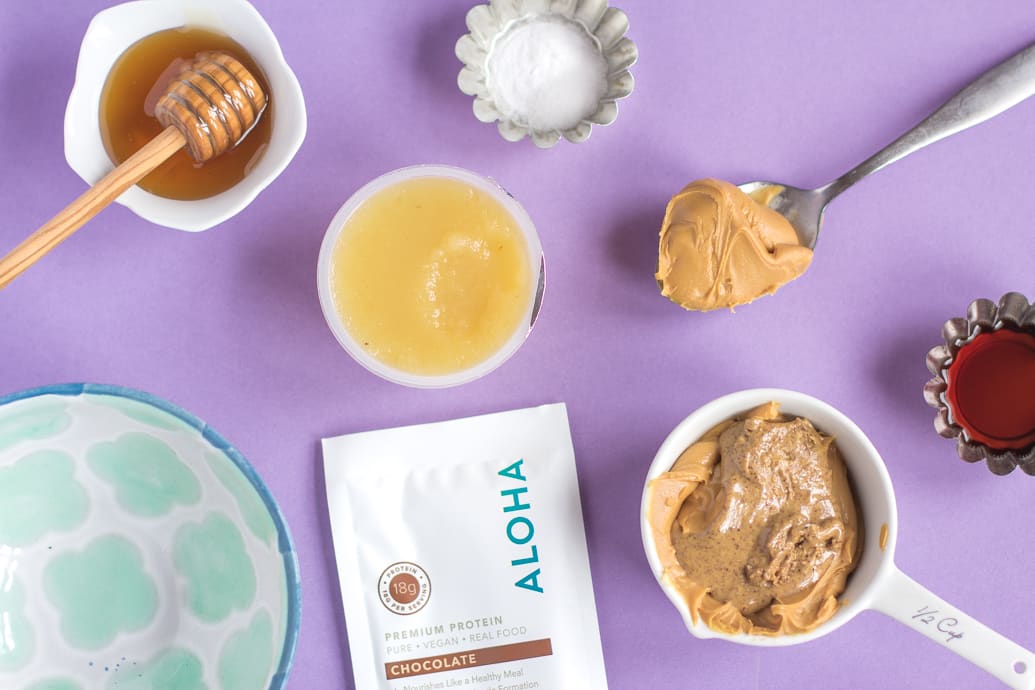 Everything is mixed together thoroughly in a bowl. 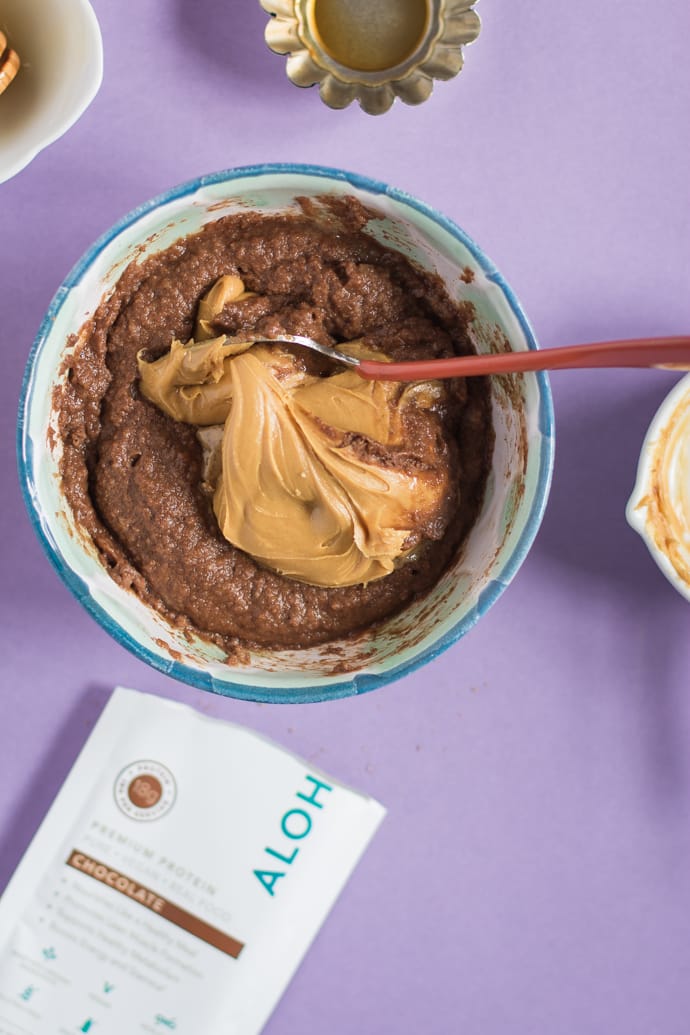 Once everything was said and done, I decided to add a bit of cocoa powder into the mix as well. 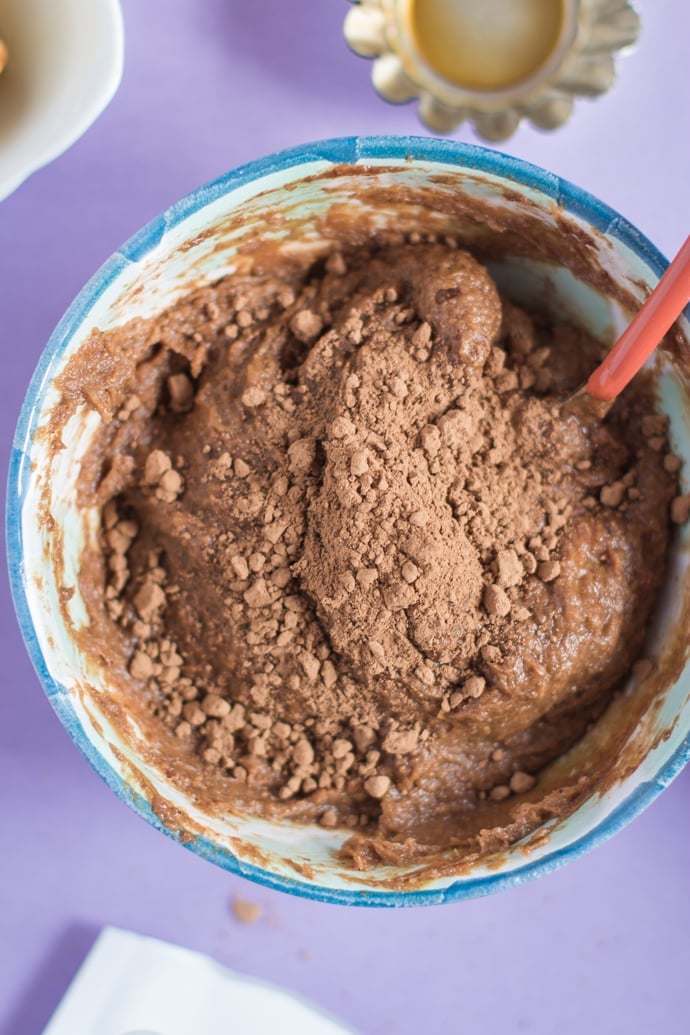 Again, stir it all up nice and good making sure there are no big lumps left in the batter. 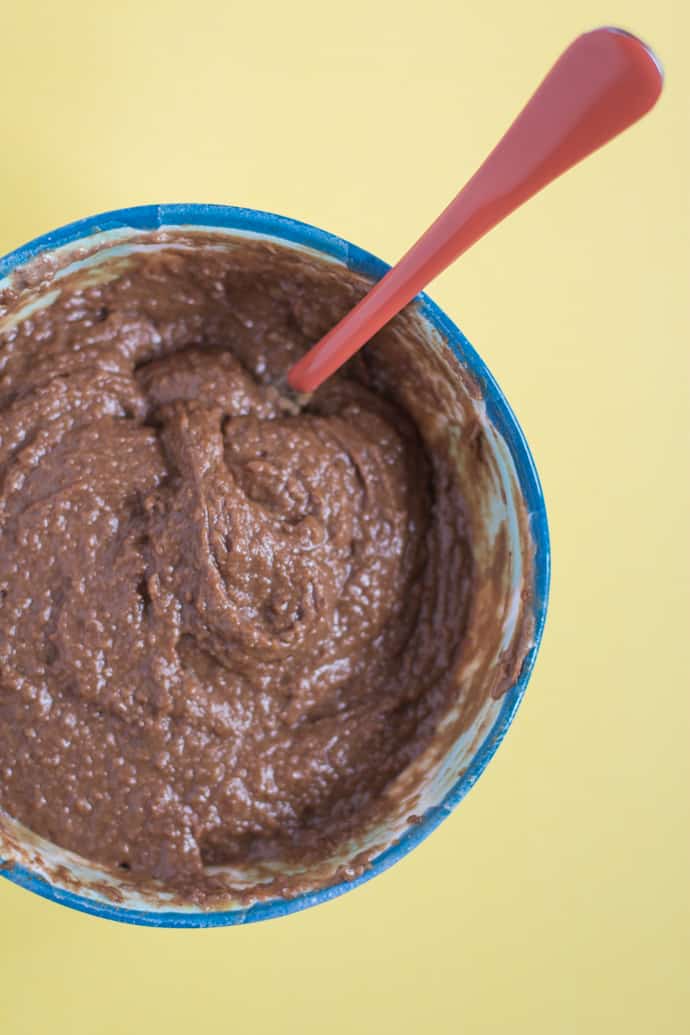 To make things all a bit easier, I put the batter into a plastic baggie so that I can get it into the donut pan without making a huge mess. 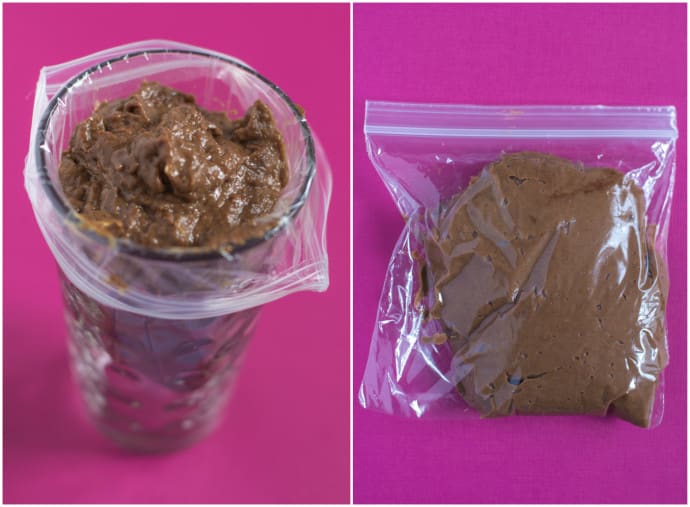 Cutting a hole in one corner of the baggie, the batter is piped into a greased donut pan. 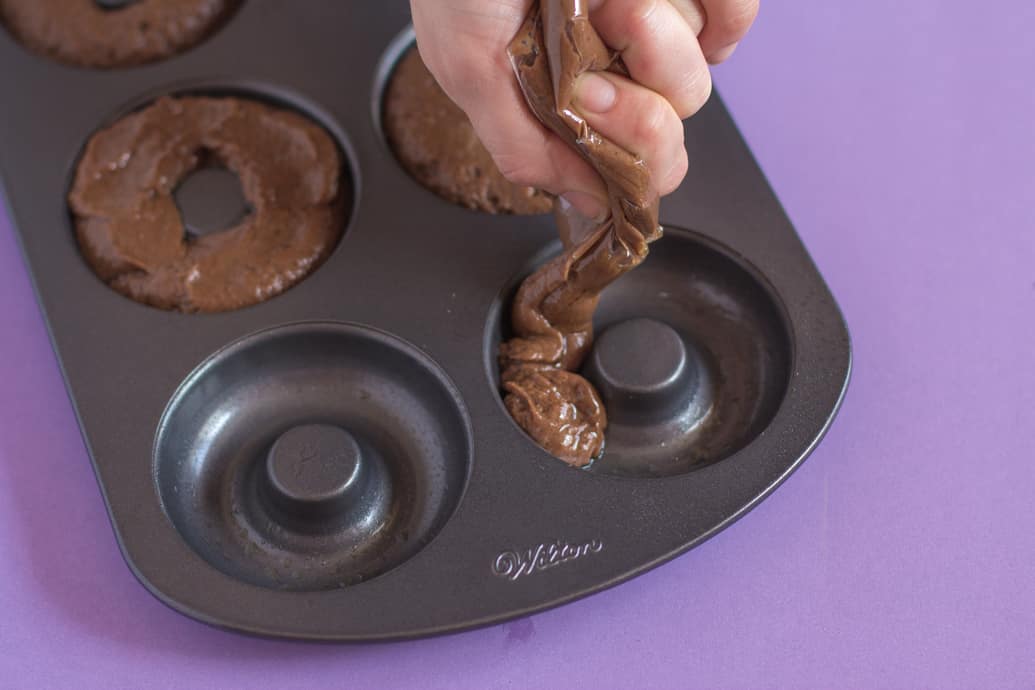 This recipe makes exactly 5 donuts. Sorry to all the OCD people out there who really wanted an even number of donuts :) 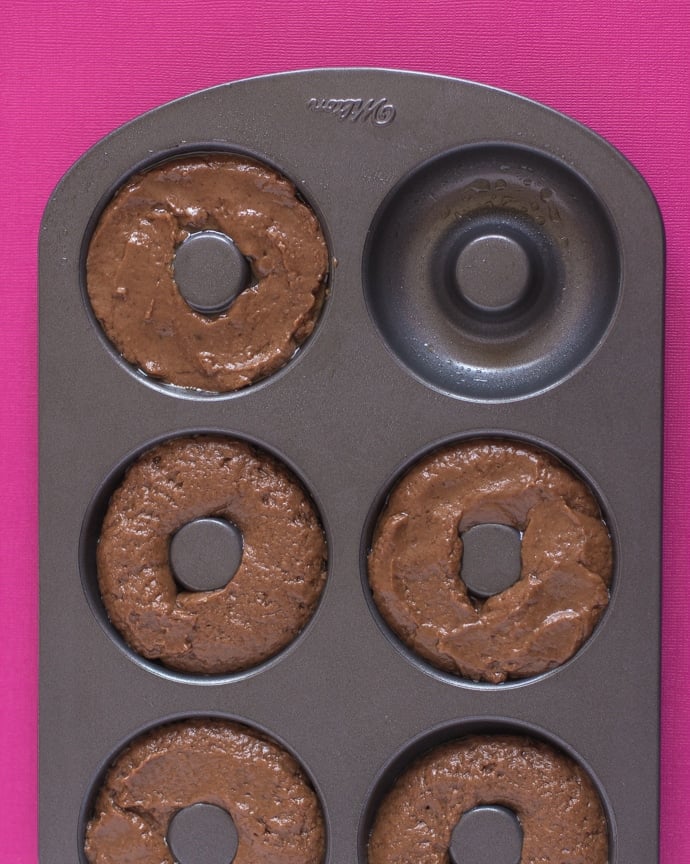 Bake for 8-13 minutes. The time of these really depend on exactly what ingredients you use. The first time I made them, I used sunflower seed butter and they baked perfectly in 8 minutes. The next time I used peanut butter and it took them about 3-4 minutes longer. After about 8 minutes, take your donuts out of the oven and see if they’re done by sticking a toothpick into one of the donuts. 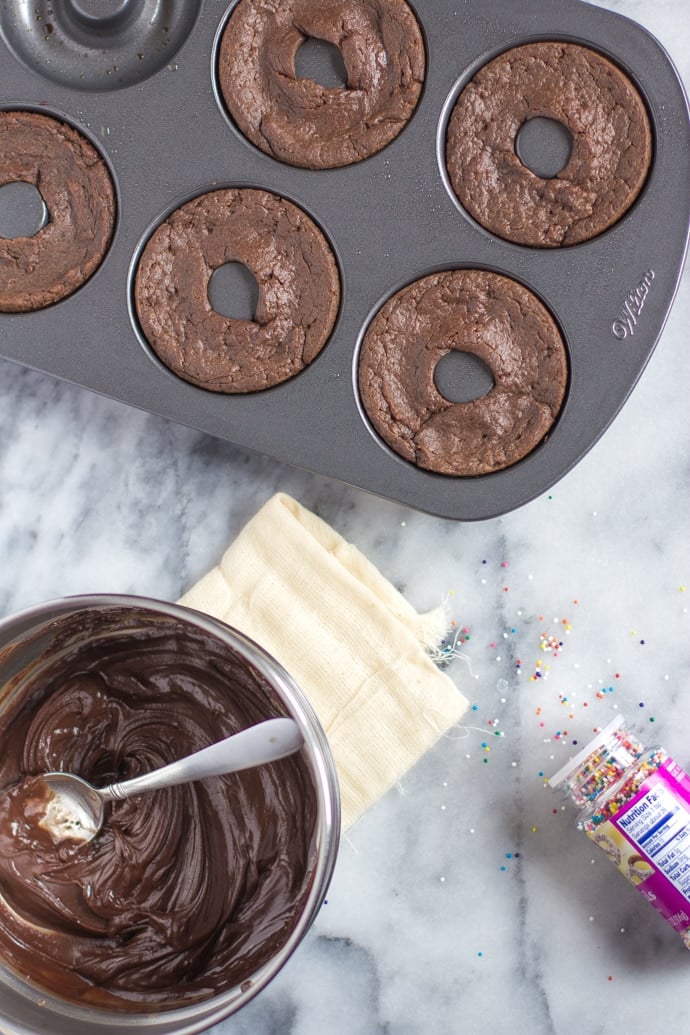 Once they’re done, it’s important to let them cool completely before icing them. If you don’t want to ice them however, the donuts taste pretty good warm out of the oven!!

The icing is a combination of dark chocolate, vegan butter, and cocoa powder 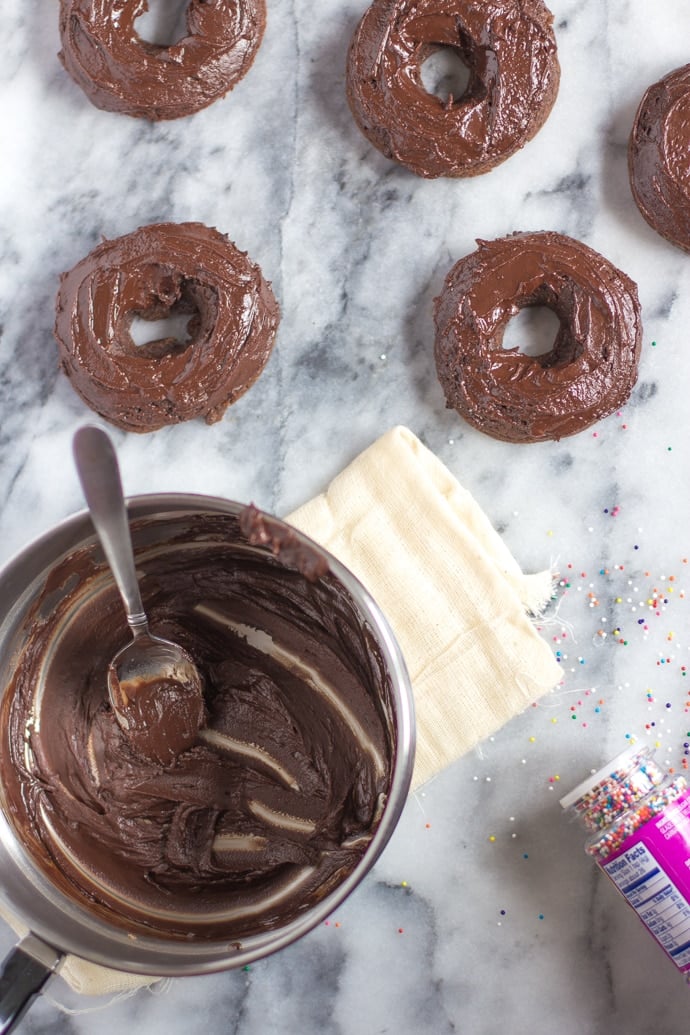 Top with sprinkles and let sit for a while to let the icing harden. Alternatively, dig in and just lick the gooey chocolate off of your fingers afterwards. 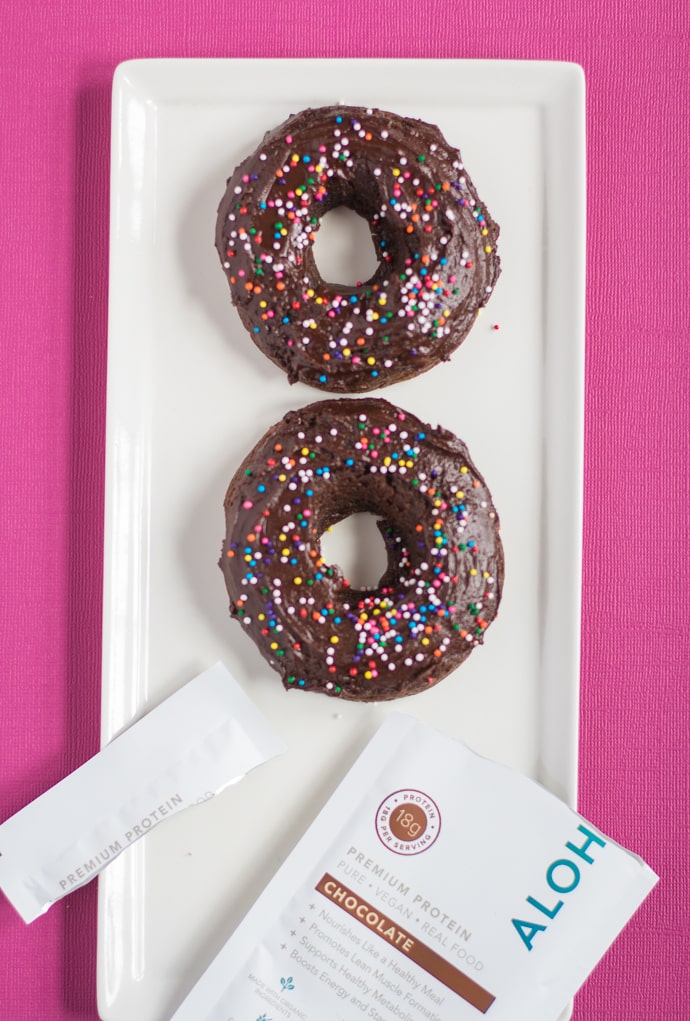 These donuts are SO good and I feel a little bit better about eating them than the giant donuts people always bring to work.

How about one more gif :)

For Icing (which is optional):