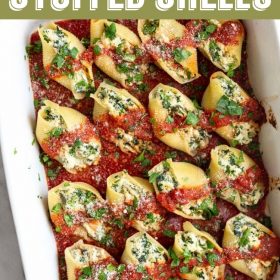 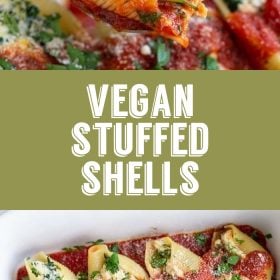 Vegan Stuffed Shells– this easy vegan dinner recipe tastes SO MUCH like the real deal and everyone will LOVE IT! 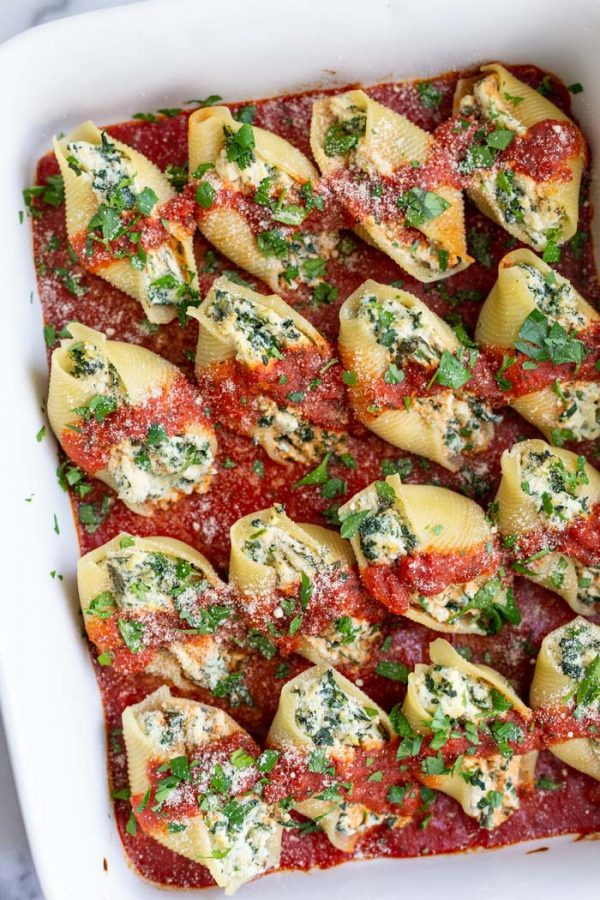 Stuffed shells was one of the very first recipes that I ever made completely on my own. I MAY have been trying to impress a date by claiming that it was a recipe I made all of the time (even though I just got the recipe on the back of the box of jumbo shells ?). Over the past 10 years though, I’ve made my own version of that original recipe MANY times and have learned a few things along the way.

Naturally, I wanted to make a vegan and dairy free version of it which simply meant replacing the ricotta. Since I posted my tofu ricotta cheese recipe last week, I figured it was the perfect opportunity to make these vegan spinach stuffed shells recipe! 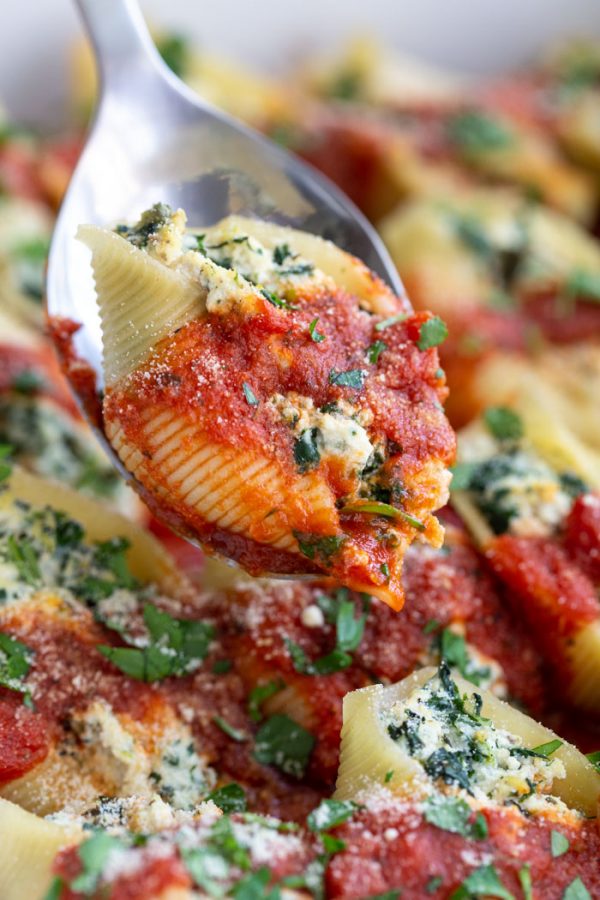 You don’t have to add the spinach to this recipe but I HIGHLY recommend it. It’s an easy way to add additional nutrients and greens to the dish and you hardly notice that it’s there.

And if desired, you could add other veggies to it as well such as onion, carrot, or zucchini. If you do this, I suggest cutting them up into small pieces and then sautéing them a bit to release some of their excess moisture. 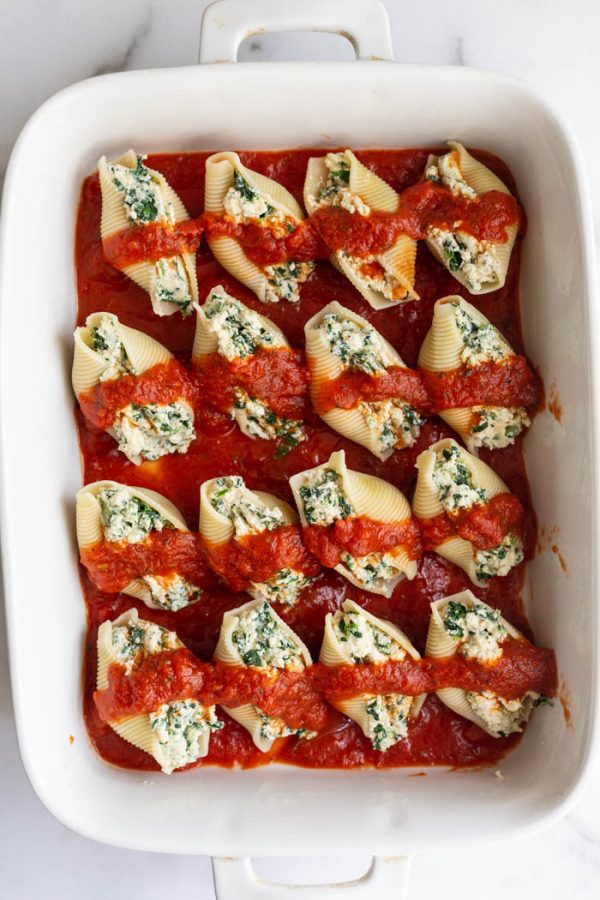 How to make this stuffed shells recipe:

Start out by making the vegan ricotta cheese. I posted the recipe last week and it’s SO GOOD! In these spinach stuffed shells, you would NEVER even know that it isn’t dairy ricotta! Once that’s made, mix the spinach and spices into the ricotta and set aside. 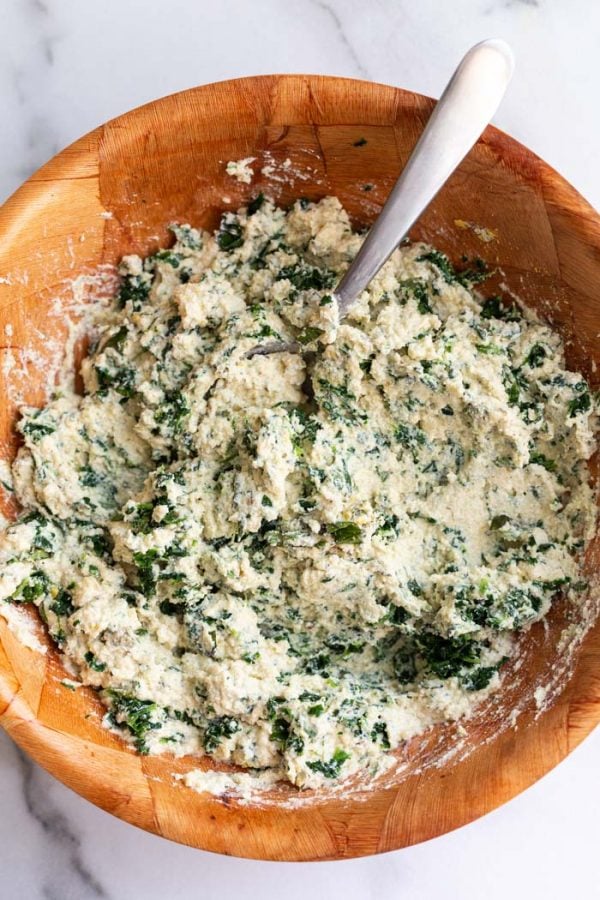 Now cook the pasta according to package instructions. I like to leave mine al dente so that when it cooks in the oven, it comes out perfect and not overdone. Now just stuff the shells with the ricotta mixture and place in a large baking dish with some of the marinara. I then put a bit of additional marinara on top and bake it for about 20-25 minutes.

AND that’s it. SUPER EASY and officially my favorite easy dinner :) You could make this a little easier for weeknight dinners by making the ricotta and cooking the past ahead of time and simply storing them in the fridge. 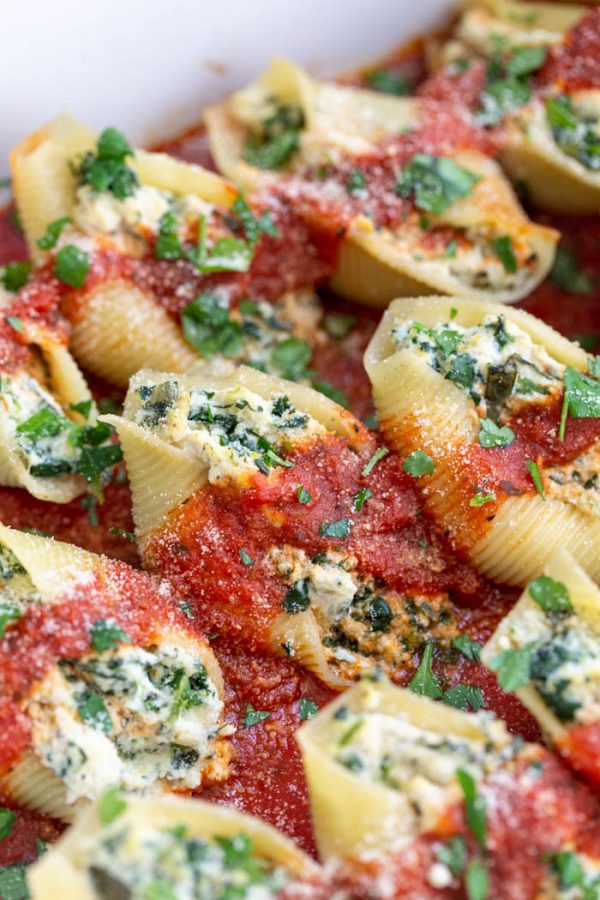 Easy and delicious Vegan Stuffed Shells that everyone will love!