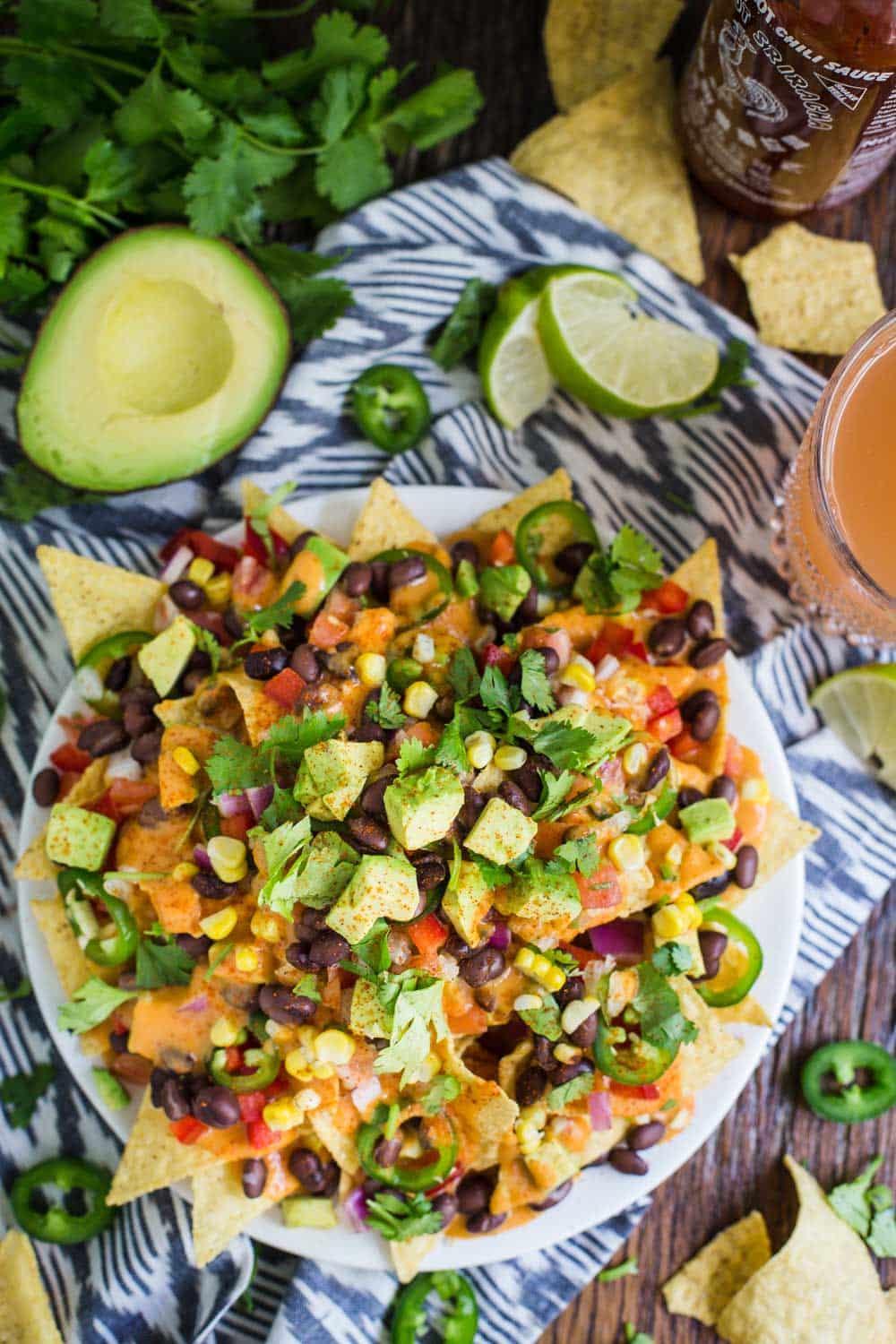 Hopefully the Nacho Cheese Sauce recipe from Monday was a clear indication that nachos were coming soon :)

Plus, it’s Cinco de Mayo week which, if I’m being perfectly honest, is really just a coincidence. But, we’ll go with it. I like Mexico and margaritas as much as the next gal. 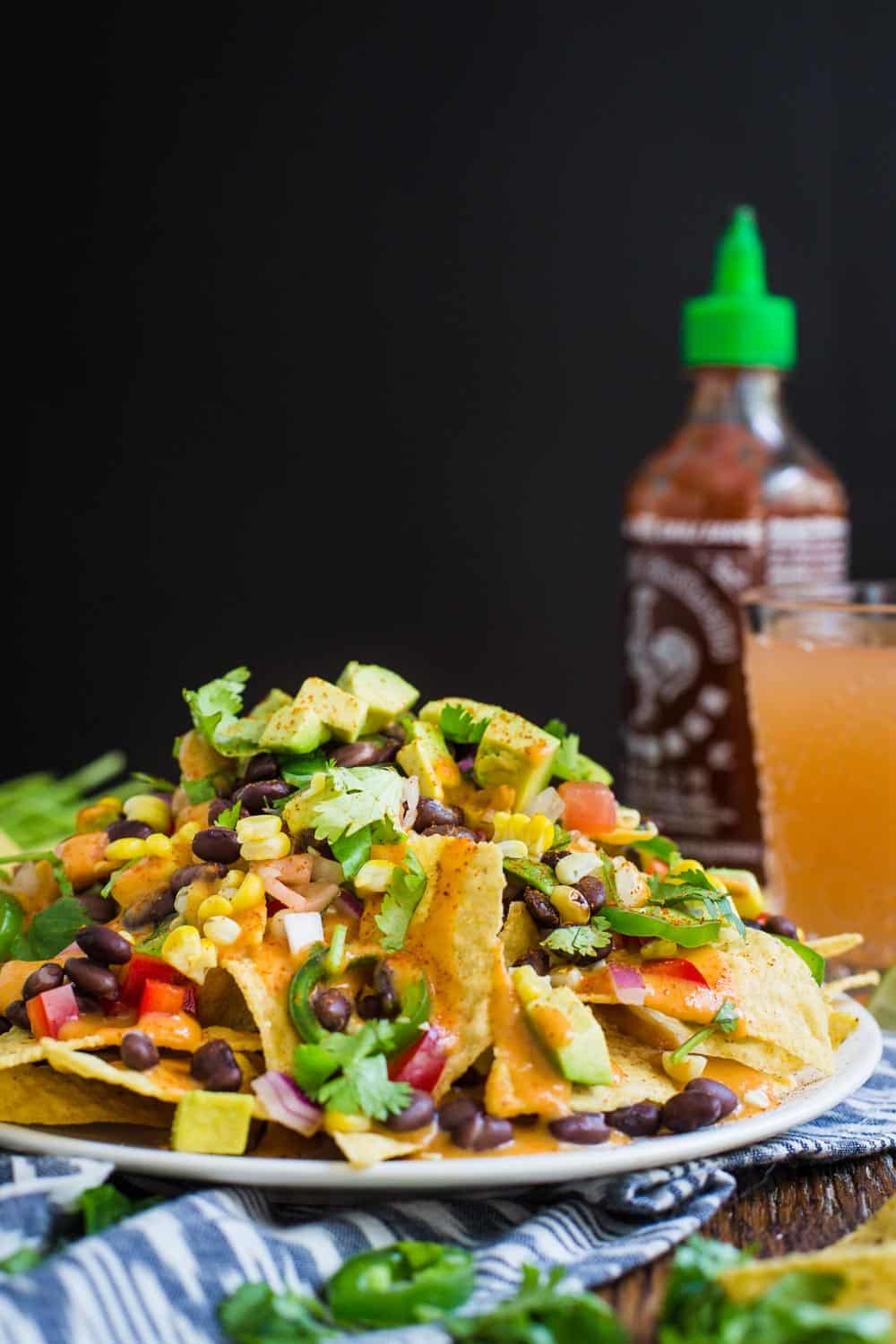 I like my nachos stacked high with ALL the fixins. I typically alternate between black beans and refried beans. I go light on the jalapenos and sriracha because I’m a whimp. And, avocado MUST be involved. Also, beer (Jackalope Love Bird beer, if we’re being specific).

Since we’re using a cheese sauce and not shredded cheese here, I typically assemble mine right on the plate. However, you could also put the chips, cheese, and beans on a baking tray and bake them for just a few minutes in the oven to warm everything up. Mmmmm. Nachos! 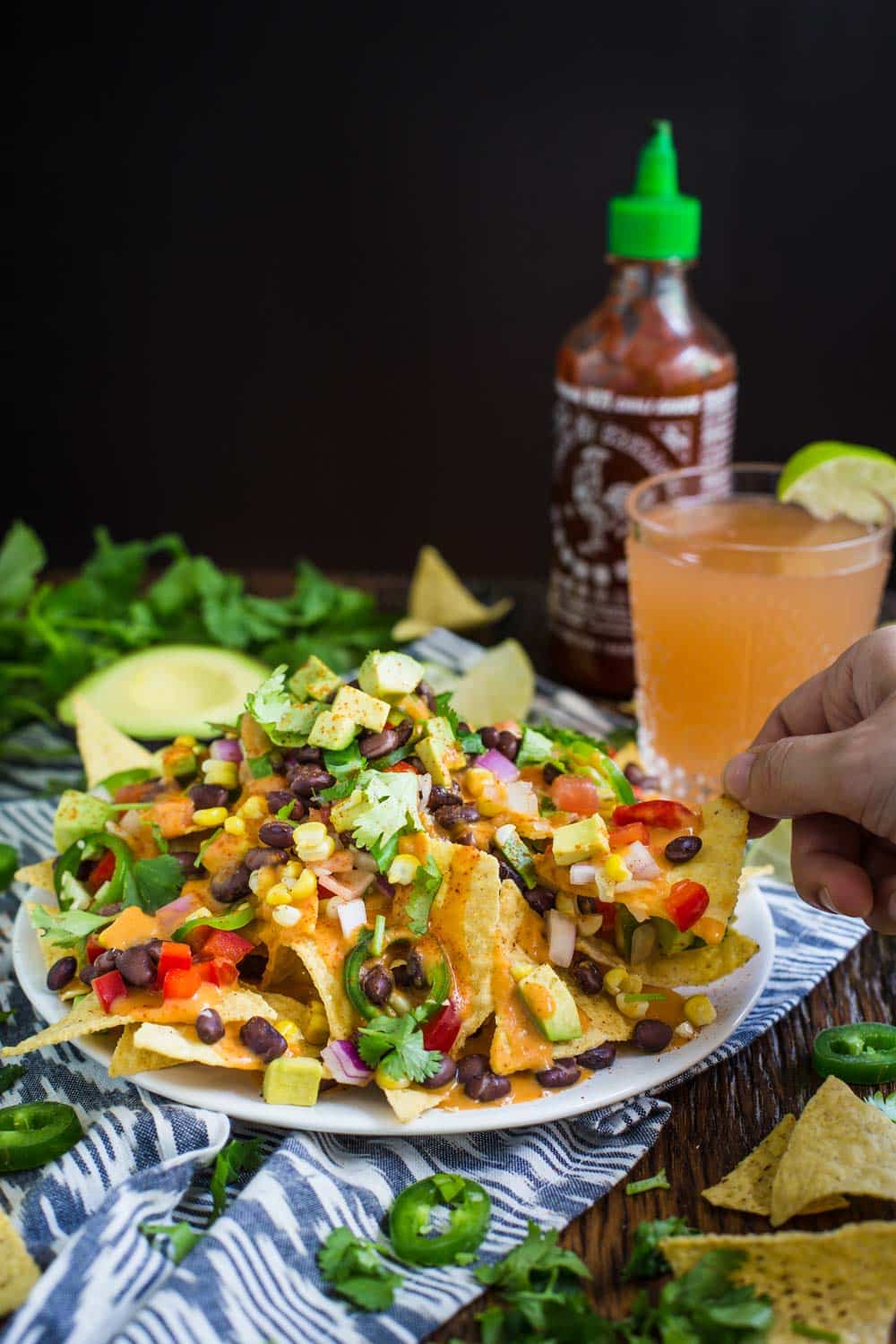 This might quite possibly be the shortest recipe post that I’ve ever shared but we’re going to keep it quick and simple today. It’s Wednesday and I’m not sure that I’ve made it over the hump yet. But, tomorrow’s Cinco de Mayo which is my 4th favorite holiday of the year. Bring on the tequila! Also, all the nachos! :D 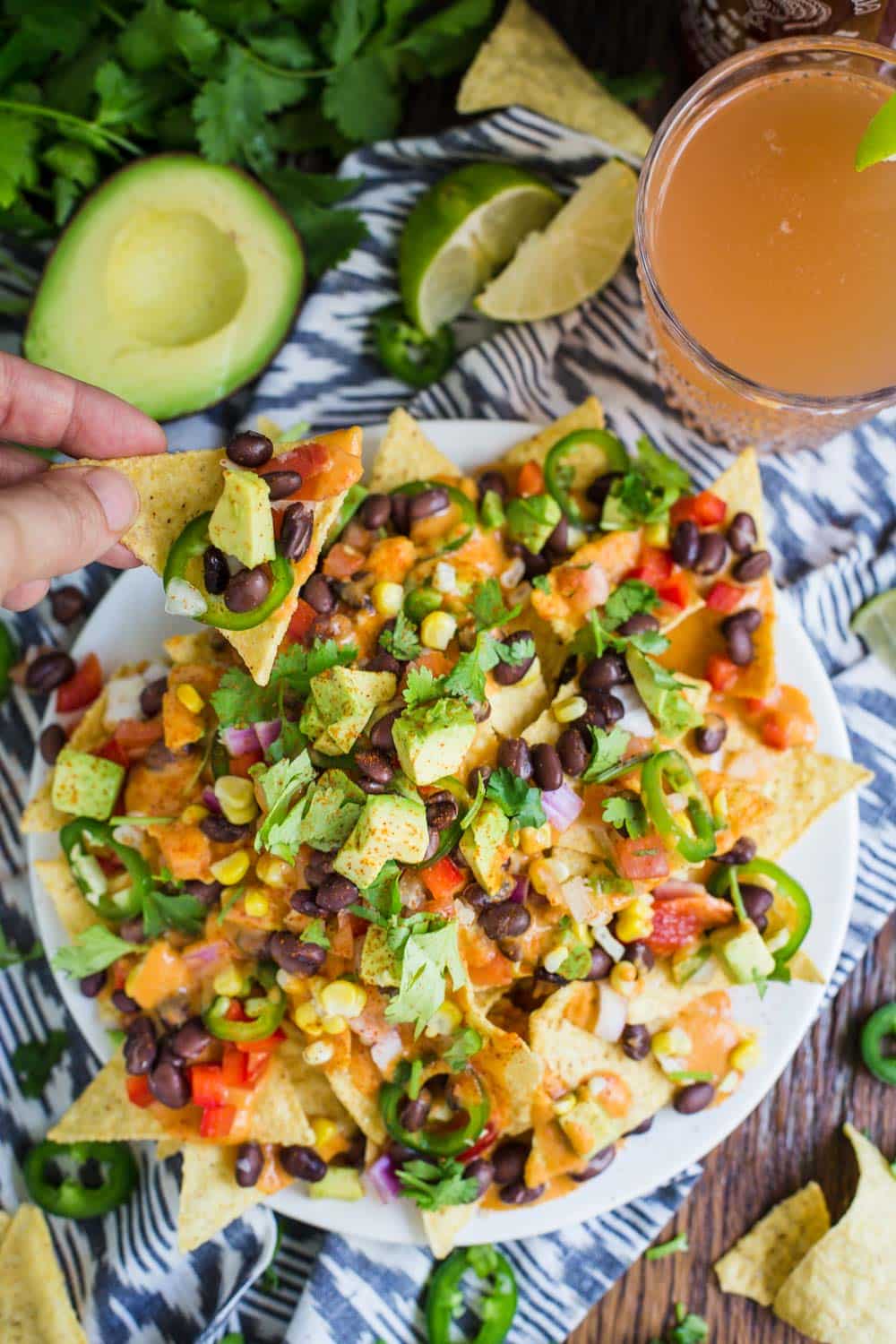