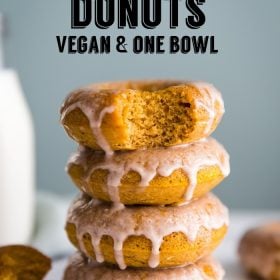 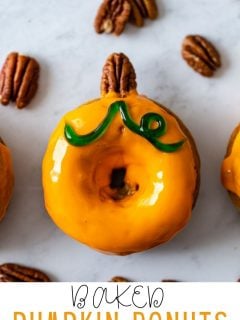 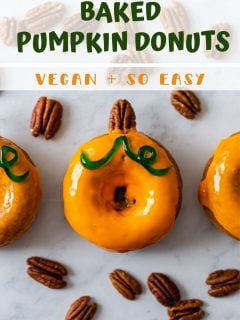 These Baked Pumpkin Donuts are FULLY vegan and require just a handful of simple ingredients. They can be made ALL in one bowl and are seriously the most delicious fall treat! 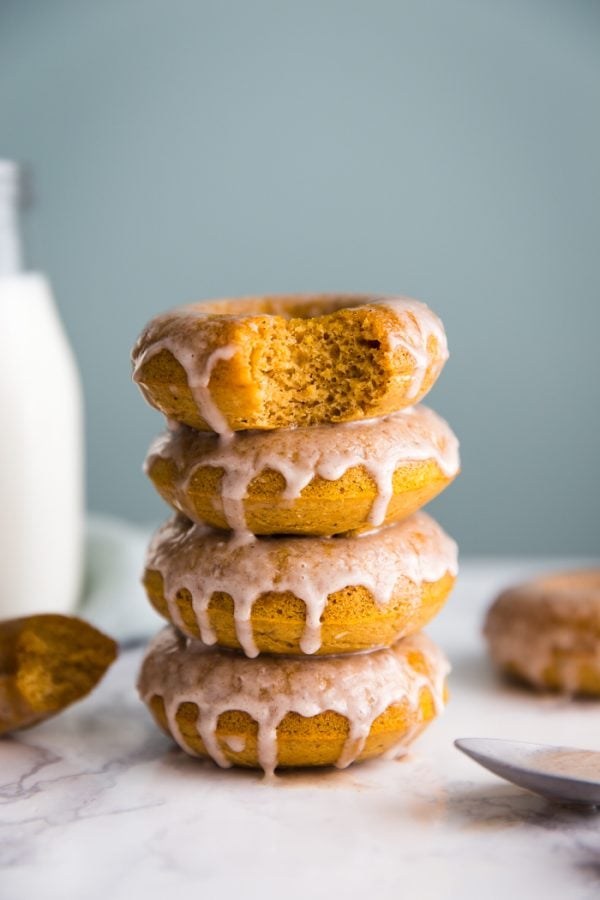 I mentioned on my Instagram recently that I’m planning a PUMPKIN WEEK on my blog that consists of a new pumpkin recipe every day for 6 (or maybe 7?) straight days. It’s gonna be GOOD! OH and it starts on October 15th. GET EXCITED (because I am!)!!

BUT, as you see, I couldn’t resist posting a pumpkin recipe before then. In fact, I’m posting another one next week. #notsorryaboutitatall 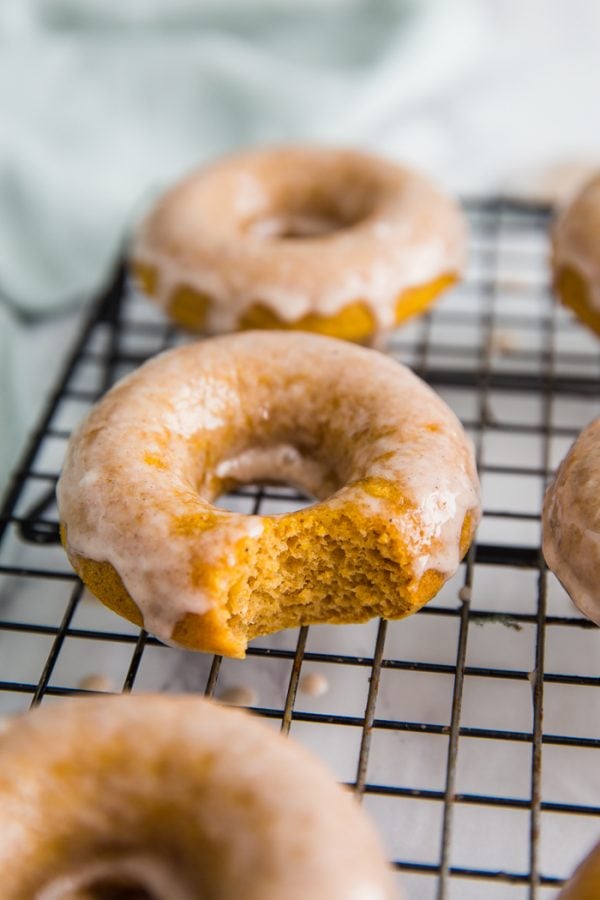 These beautiful little Pumpkin Donuts are vegan, dairy free, and the fluffiest little pockets of goodness that I’ve had in a long time.

What is it about donuts that just really makes me feel like I’ve baked something extra fancy!? Or, is that just me? 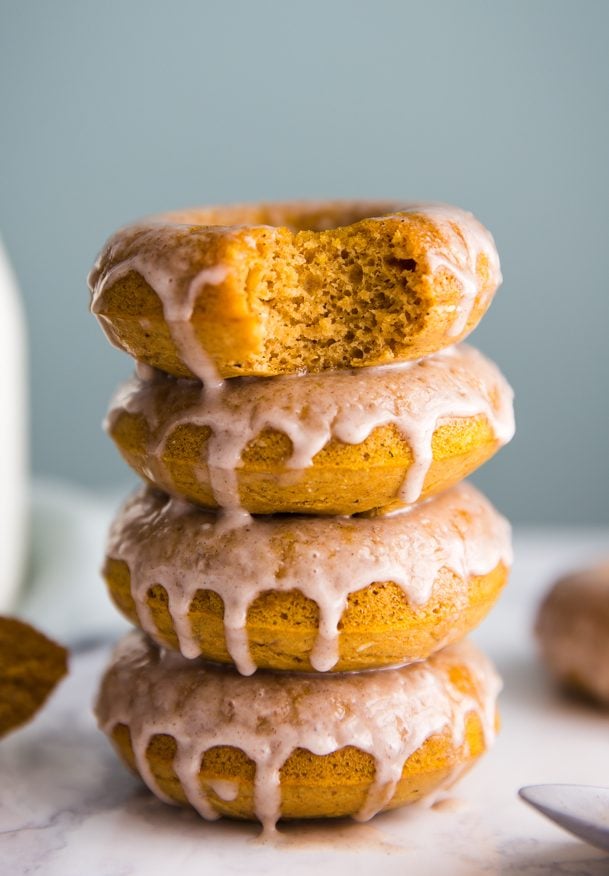 How to Make these Pumpkin Donuts

This recipe is very similar to my vegan muffin recipe which means that it’s an easy one bowl recipe. You’re welcome.

We’re going to start by sifting together the dry ingredients and then gently mixing the wet ingredients right into the same bowl. 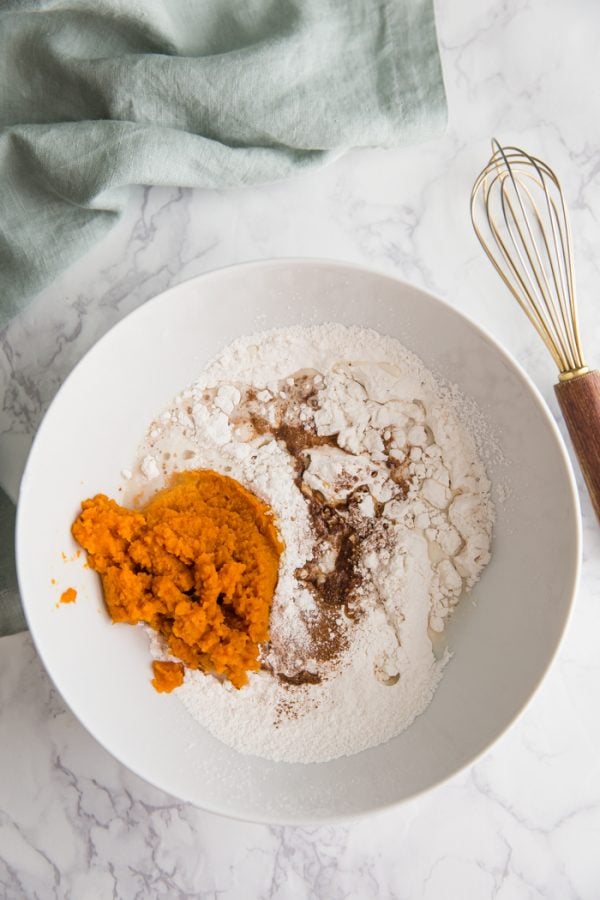 To make for an optimally smooth and pretty donut, I put my batter into a baggie, cut off one corner, and then piped the batter into the donut pan. 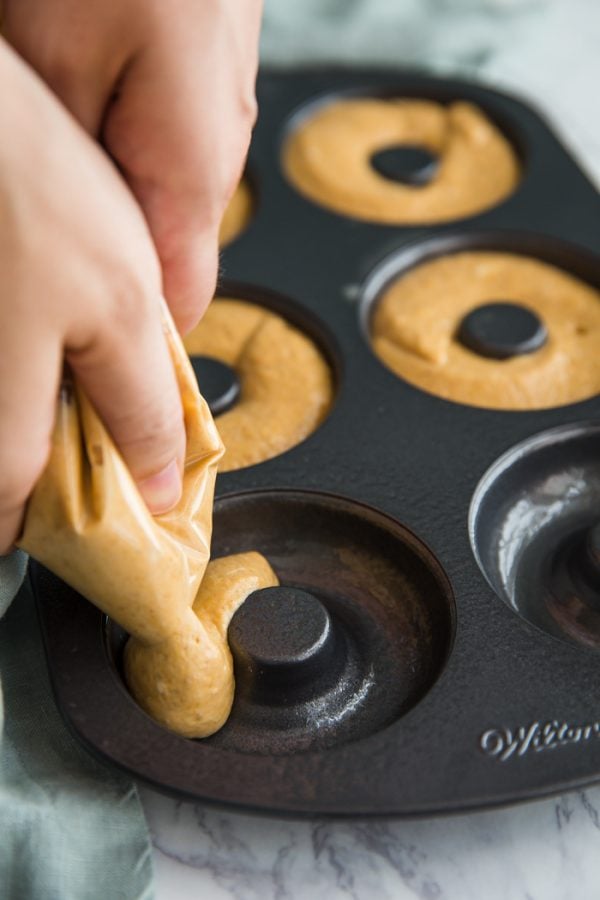 One of my favorite parts about this recipe is that it only takes the donuts TEN quick minutes to bake. As you can see from my photos, I’m incapable of waiting for the donuts to cool down before icing them and then digging in. Speaking of which, I like my icing on the thinner side so that there isn’t too much on the donut and overpowering the pumpkin taste.

BUT you can make yours as thick or as thin as you prefer (not that you need my permission, ya know). 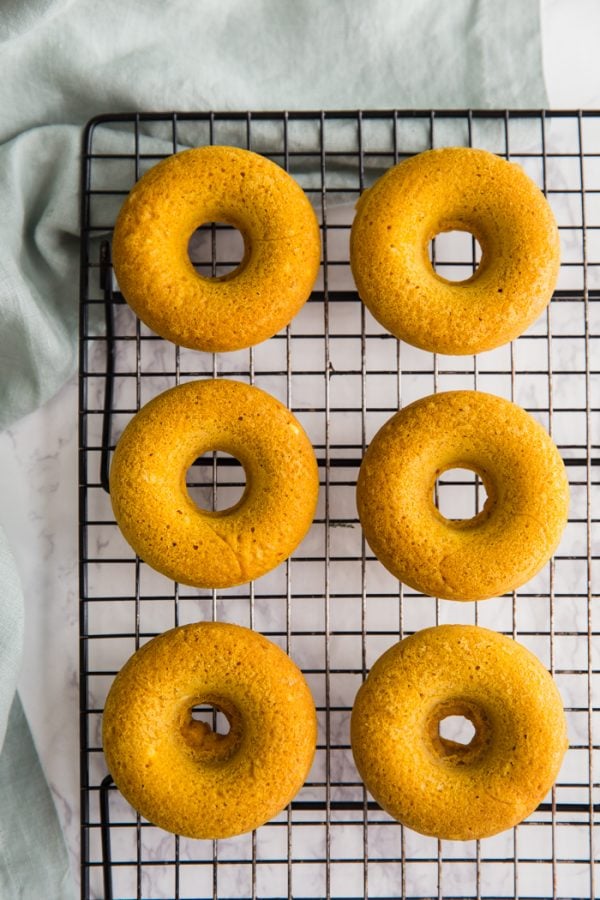 That’s all I have for you this week! I hope you have a lovely weekend and that the weather is finally starting to cool off for you like it is here in Nashville (it was in the upper 90s ALL week but tomorrow the high is only 76- woohoo!). 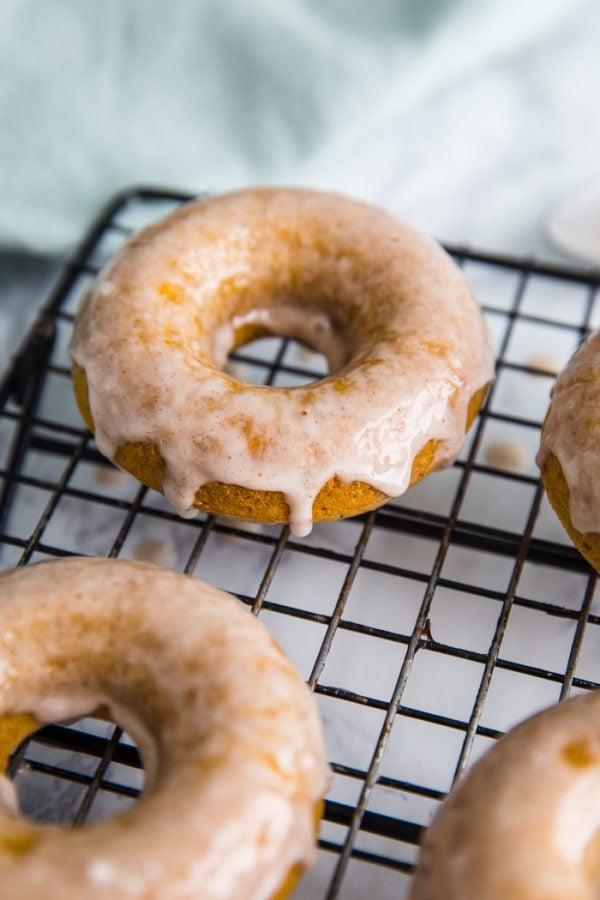 I’ve played around with these donuts a bit and made them into actual pumpkins. I simply added a few drops of orange food coloring to the icing and then used a pecan as the stem. This is optional but I also used some green gel icing from the store to create little stems. SO CUTE! 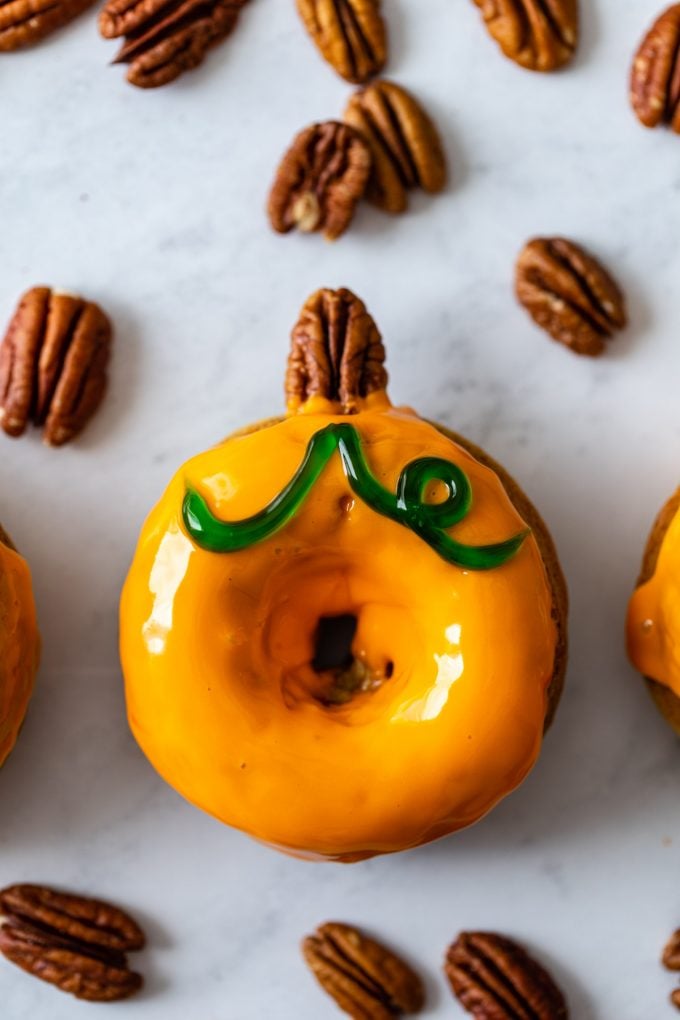