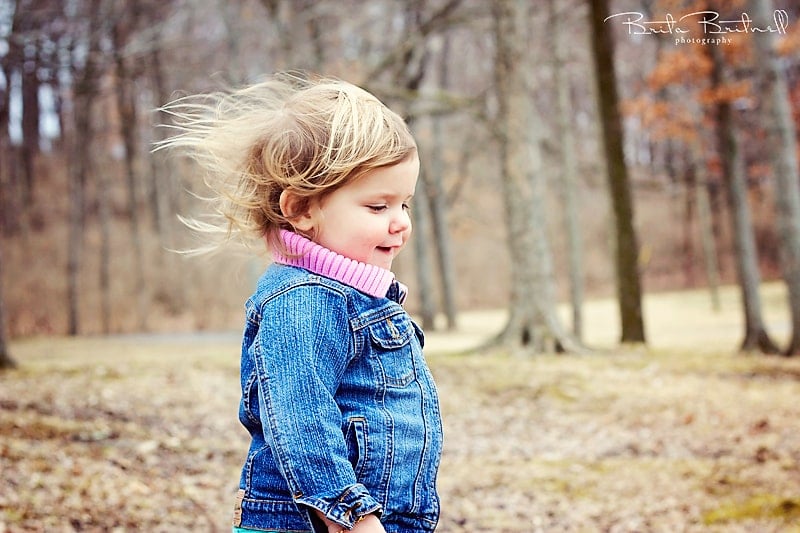 When I started this little blog of mine, I honestly wasn’t really sure what would come of it or where it would lead. In all seriousness I thought it would be more of a beauty blog but in reality, I could count on one hand how many times I’ve mentioned anything regarding beauty and makeup in this space. Then it just transformed into me posting whatever the heck I thought would be cool which has mostly been photography and recipes with the occasionally mix of completely random.
While I’m still not really sure where this blog is leading (and I’m totally okay with that) I do know that it has arisen a totally new passion in me: photography. Like so many others, photography is one of those things that I’ve always talked about getting into. When I was about 10 my parents bought me a fancy Canon Rebel (film of course) but like many kids learning a new hobby, I quickly got bored. I’m going to blame it on the fact that the internet was not as bad ass as it is today and I didn’t have nearly as many resources as I do now. In reality though, I was just a dumb kid who wanted to IM my friends and watch tv all day. I don’t know what ever happened to that camera.
Anyways, 16 years later I decided I was going to give it a go again and started looking at DSLRs. I knew I wanted to get something nicer than a Rebel but didn’t have the money to spend thousands. I ended up finding an awesome deal on a Canon 60D

on craigslist but my “camera fund” was a few hundred dollars short. After keeping an eye on the camera on Craigslist for a few days, my husband surprised me with $400 cash that he got from selling a few unused items from his safe. I emailed the guy immediately and went and bought it! The camera was in like new condition with the protective stickers still over the screens. He even gave me his fancy pants camera bag for free and a few other things he had bought and never used.
I was skeptical at first. I’m guilty of picking up many hobbies throughout my life and not sticking with most of them. But, I knew I’d never know unless I tried (again). So, here I am 7 months later and I’m obsessed. Like, I have to drag myself away from my camera/ photoshop late at night or else I will only get a couple hours of sleep before work, obsessed. Obsessed in a kind of way that I’d rather buy a new camera lens than spend my birthday money on a new Kate Spade purse (WHAT!?). Obsessed because I spend 3 hours trying to get the right lighting and angle on a heart shaped pie. THREE HOURS!
To get to the point of all this rambling: hi, I’m Brita and I really like Photography. I’ve been thinking about it a lot over the past few months and I would really like to try and really do the whole photography thing. I’m not really sure what that means exactly but I’m gonna do it. I’ve begged all my friends to let me take pictures of them and their cute kids for free so I can get practice and build up a bit of a portfolio.
This past weekend I had the pleasure of hanging out and photographing my friend Chelsea (aka Honey Badger in the world of Roller Derby) and her adorable offspring, Milley. And LOOK, I even put a fancy pants watermark on there. Does it look okay?? 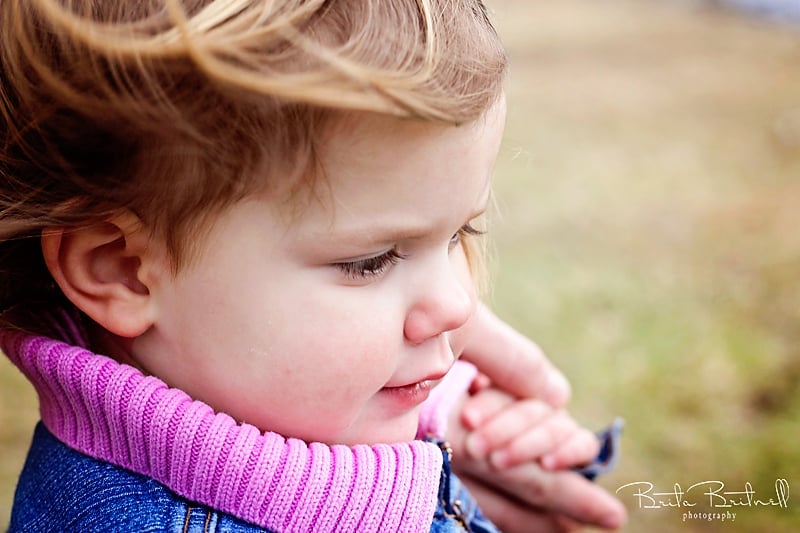 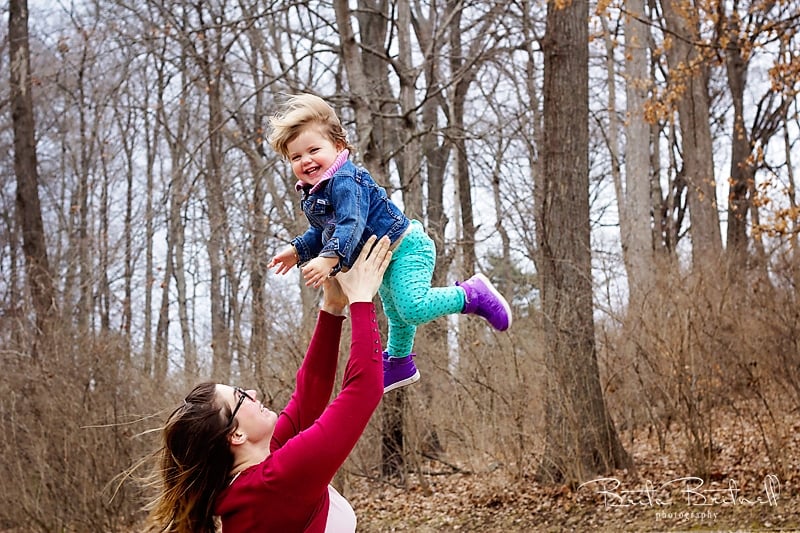 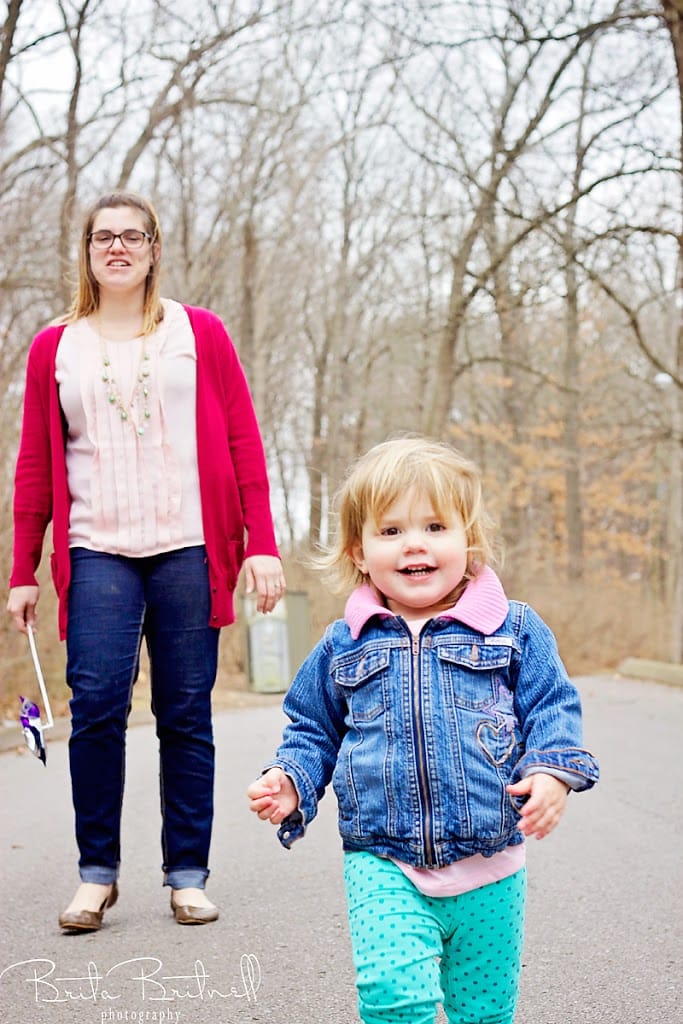 Apparently I love my watermark so much that I put it on this one twice. Oops. I’m leaving it. 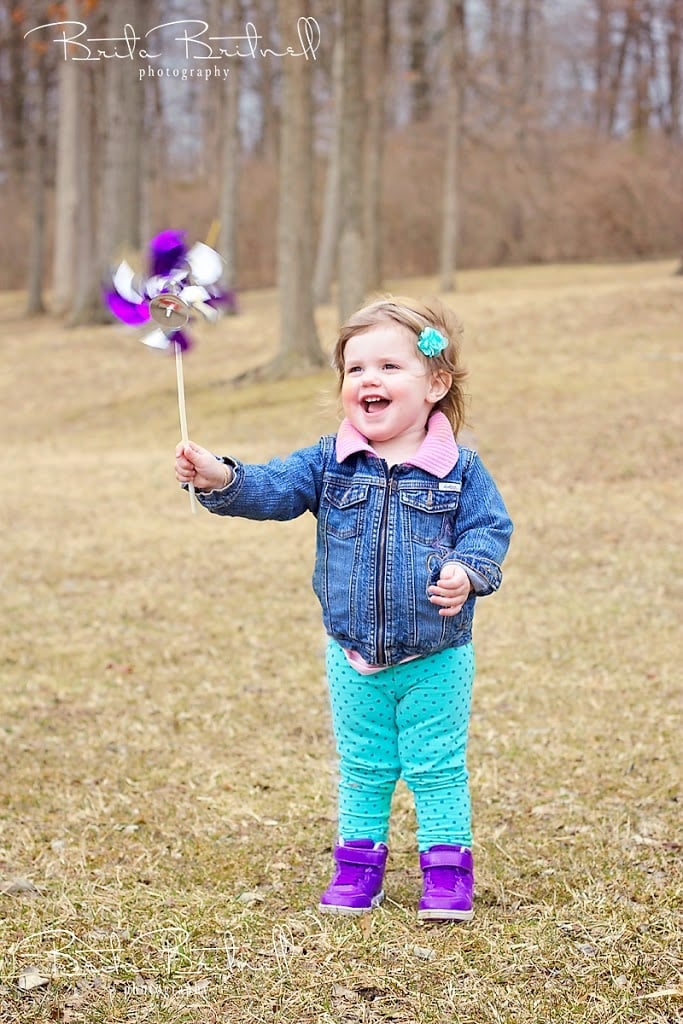 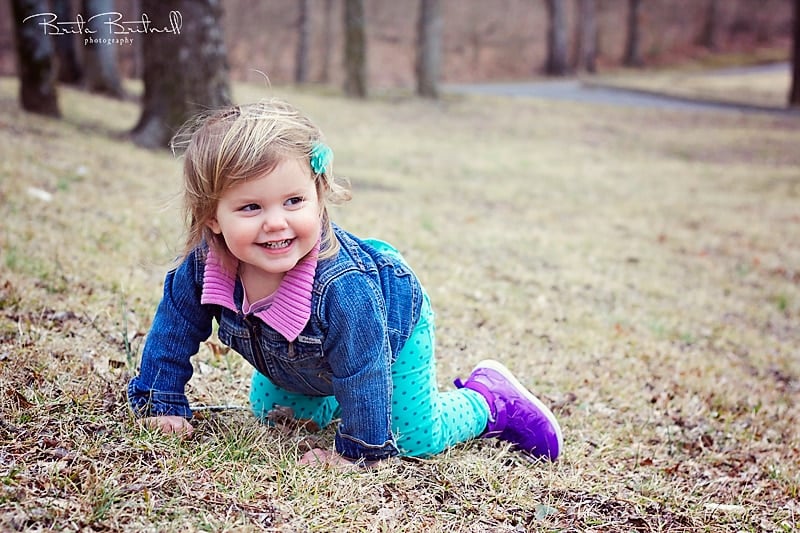 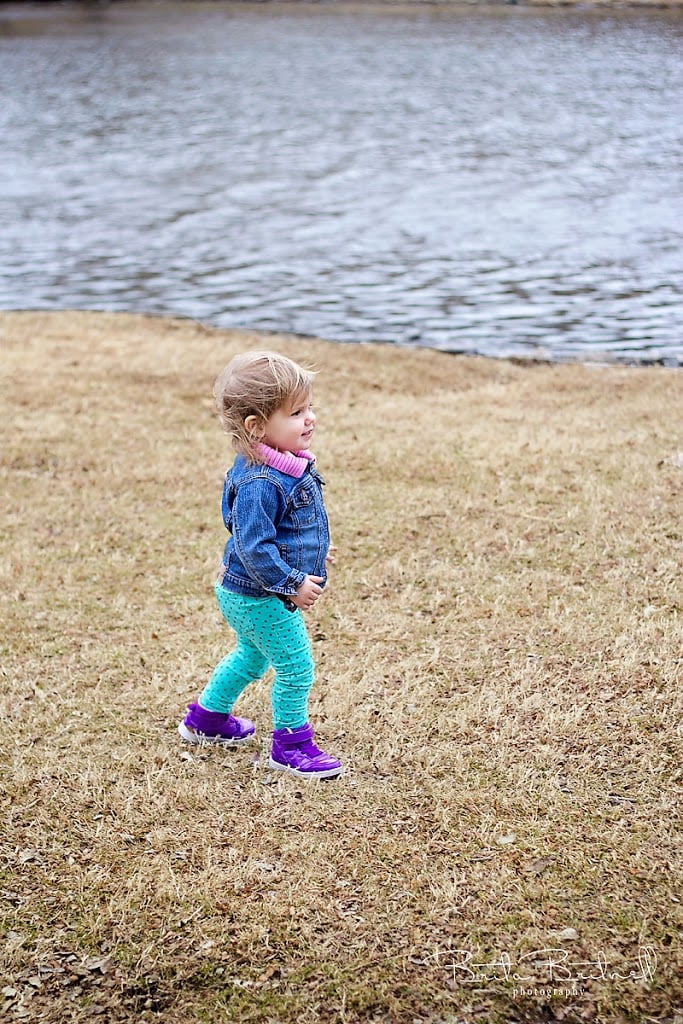 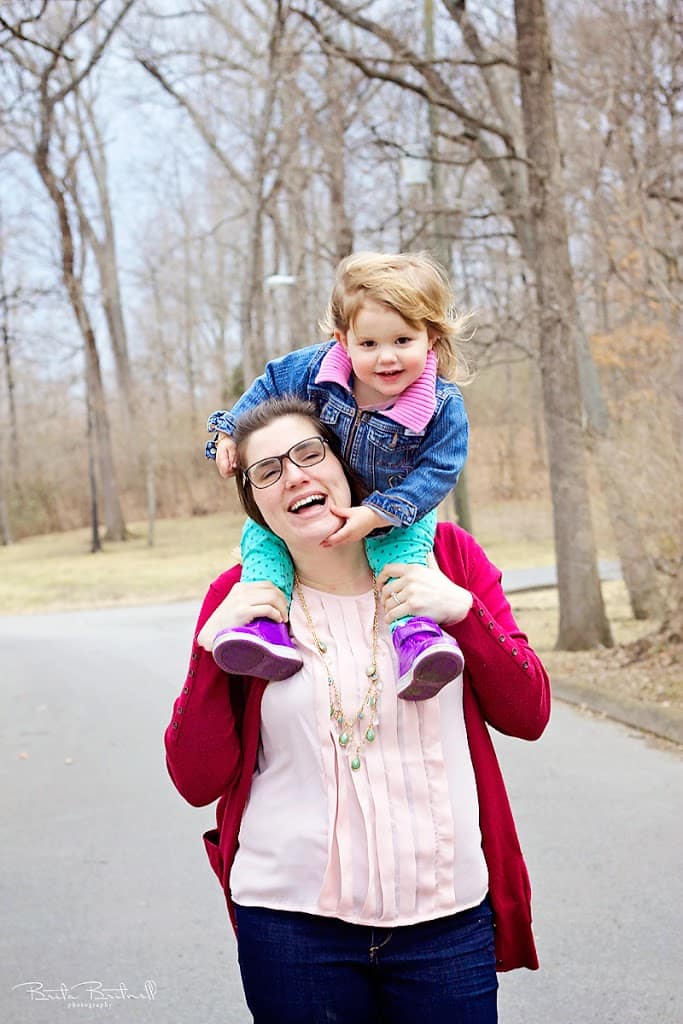 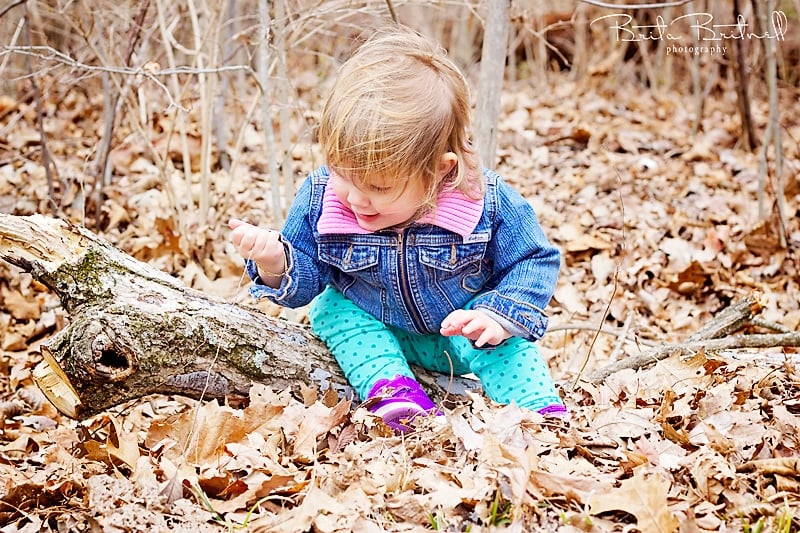 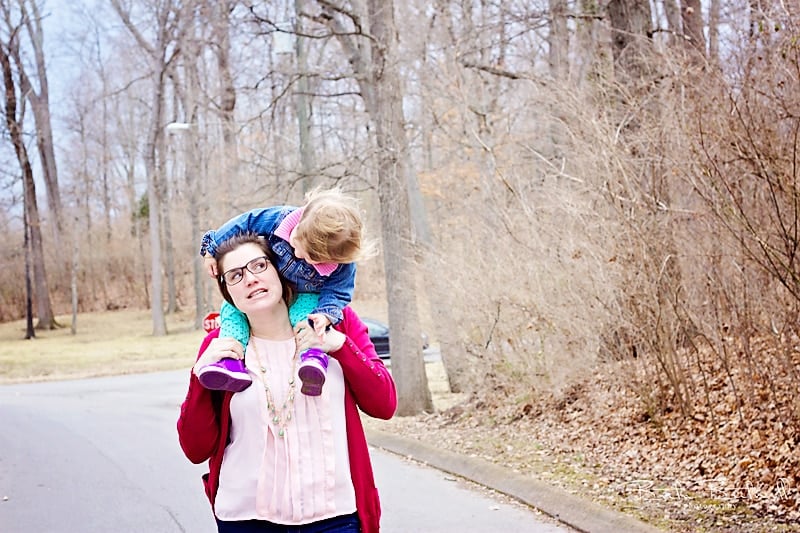 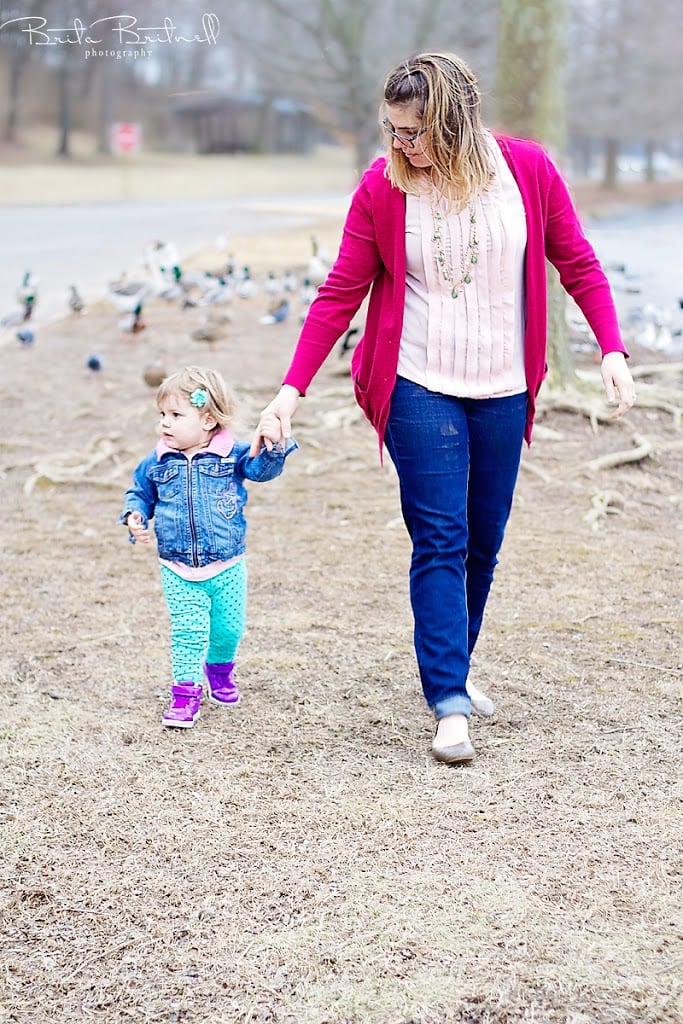 Look at these COOL SHOES!! 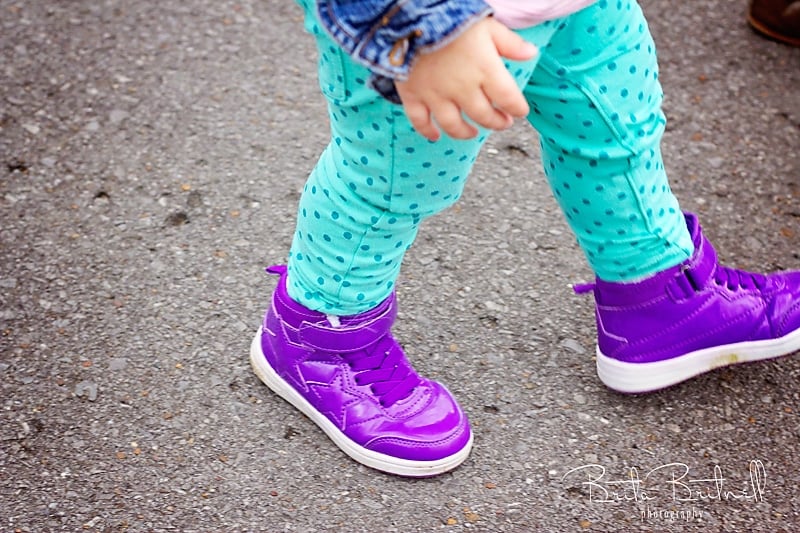 « Previous PostWhat’s in my Purse?!
Next Post » Spinach Balls

3 Comments on “Being a Photographer.”