You’re going to love this meatless take on the classic Shepherd’s Pie! It’s just like the original except vegetarian with lentils instead of ground meat. It’s still so delicious, filling, and ridiculously comforting! 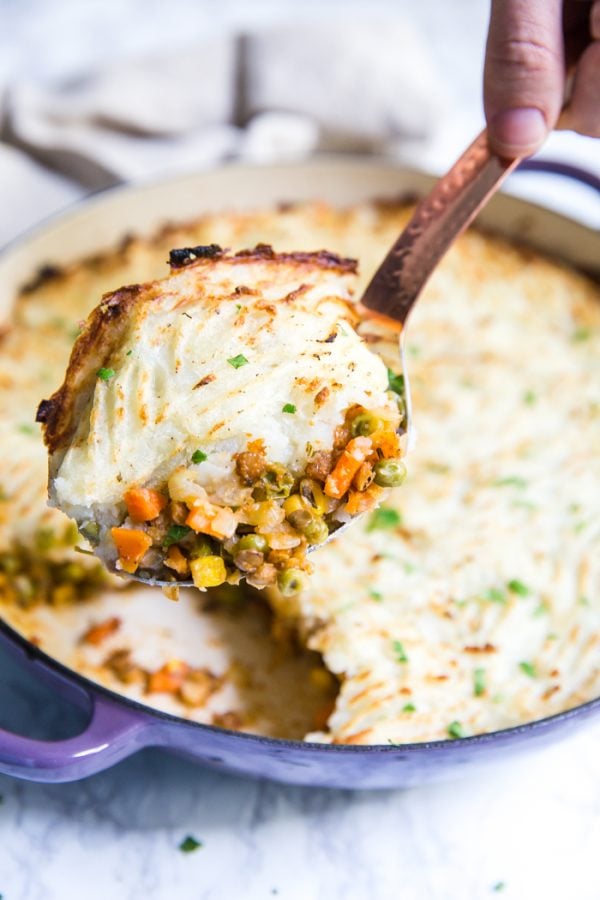 Are you ready for all of the best comfort foods that life has in store? Like a little Vegetarian Shepherd’s Pie. Bring it on!

I’ve been VERY MUCH into easy, well-round, one pot type meals lately and this recipe totally fits that bill. 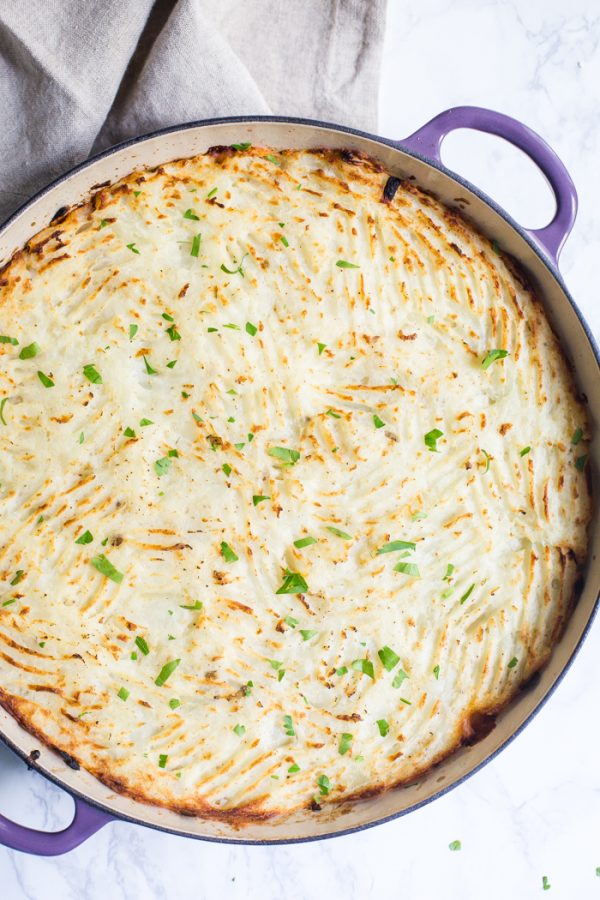 This dish is a traditional shepherd’s pie recipe except that I swapped the meat with lentils to make it veggie loaded and fully meat free. So, it’s still packed with protein AND veggie goodness. Winner winner veggie dinner! 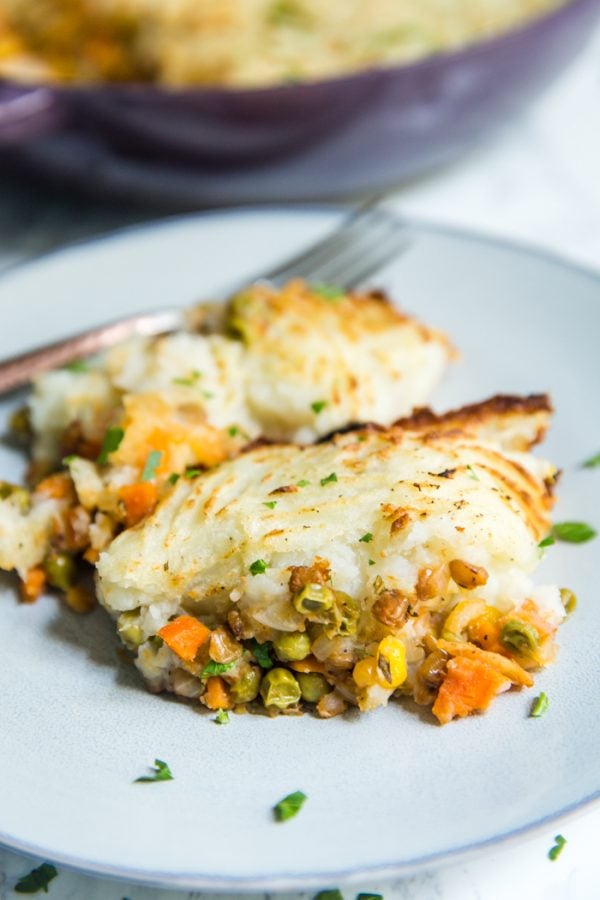 How to Make Vegetarian Shepherd’s Pie

Start by boiling your potatoes.

While those cook, prep the veggies. Saute the onion, carrot, and parsnips in a large skillet. Add in the garlic before mixing in more veggies, herbs and some other yummy flavors!

We’re also going to add in cooked lentils for a nice boost of protein and extra comfort :) 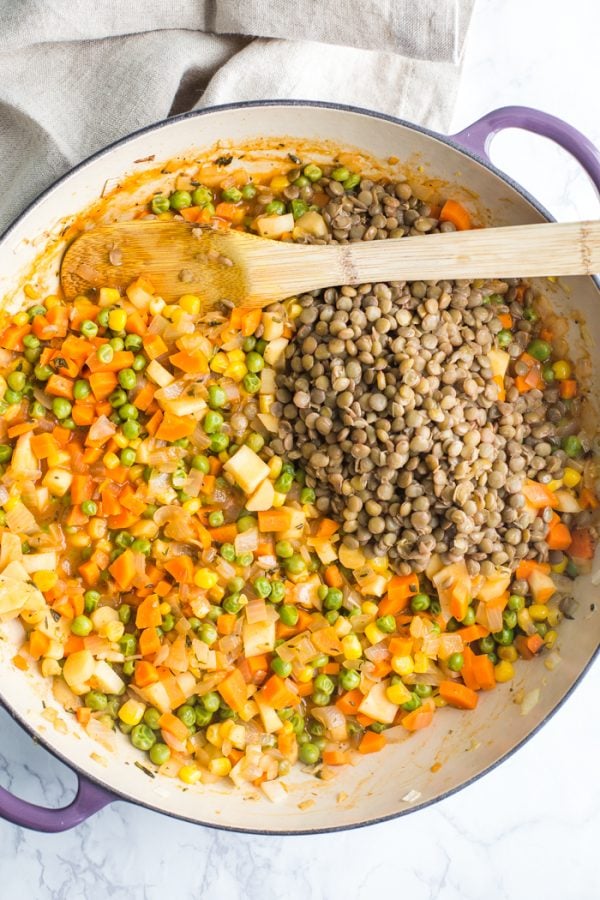 When the potatoes are done, they’ll get mashed up with a bit of butter, milk, and salt and pepper. The mashed potatoes are piled on top of the veggies and roughed up a bit so that they can get browned along the edges.

So easy, right?? Your weeknight is longing for this easy dinner, trust me! 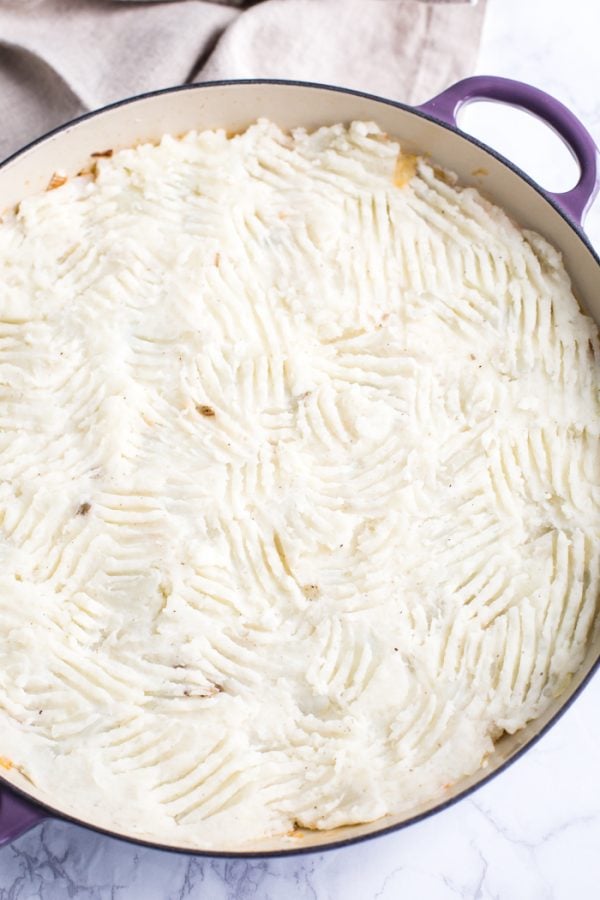 See how to make the Vegetarian Shepherd’s Pie here: