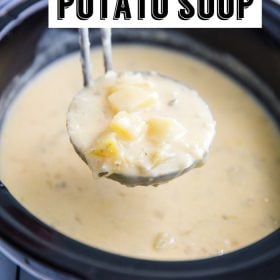 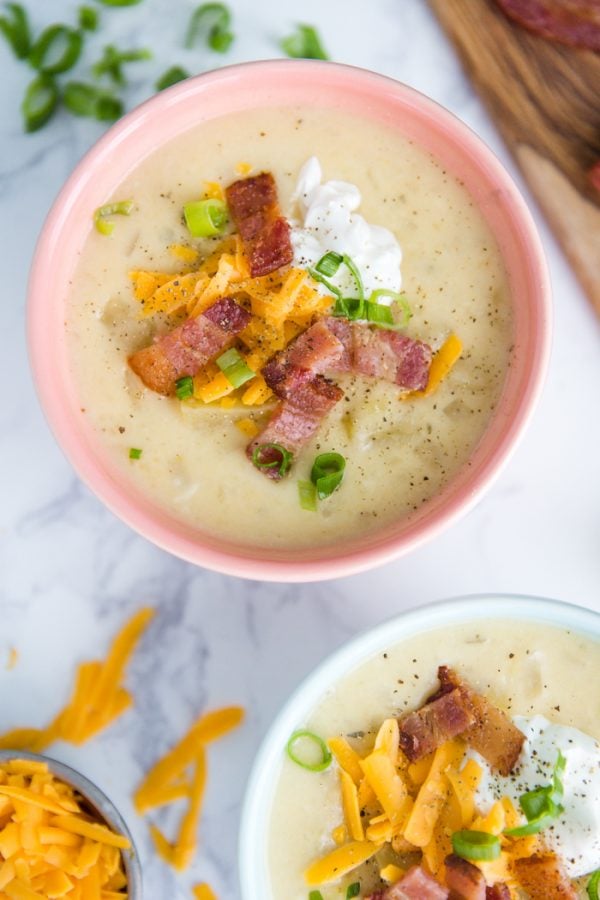 Are you ready for crockpot season? Because I am SO ready! It has FINALLY started to get cold here in Nashville which means SOUP! I mean, truthfully, I’m one of those people that will enjoy a nice bowl of soup no matter what the season is. At least now I won’t get funny looks when I heat up my nice big, cozy bowl soup.

First up this year: this Crockpot Potato Soup! 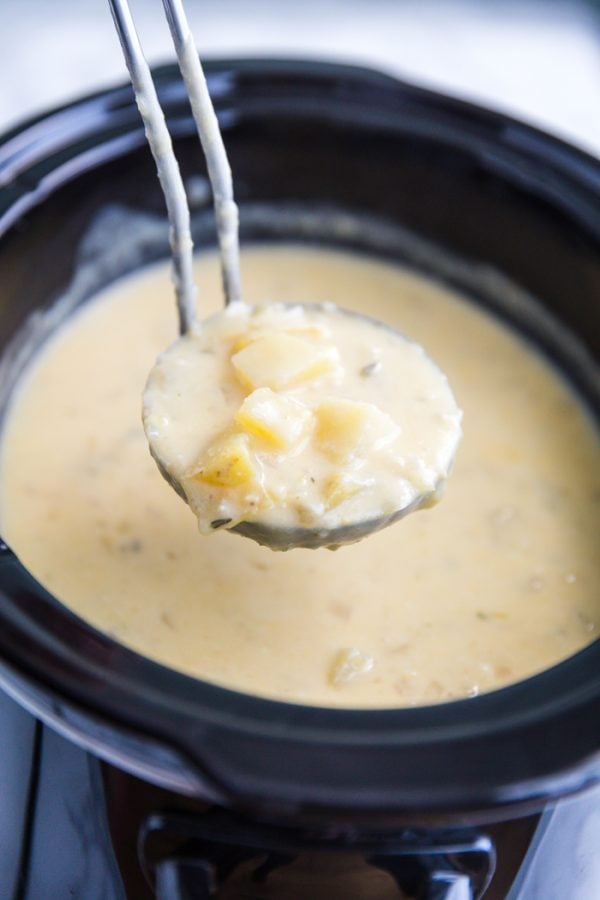 I’ve never been a huge crockpot person. I’ve found that so many crockpot recipes still require a lot of other cooking and prep that by the time I get everything into the crockpot and wait forever, I could have just had my meal ready with the same amount of effort.

SO, if I’m going to do a crockpot recipe, I like to be able to quickly chop a few things up and then throw it all into the slow cooker. 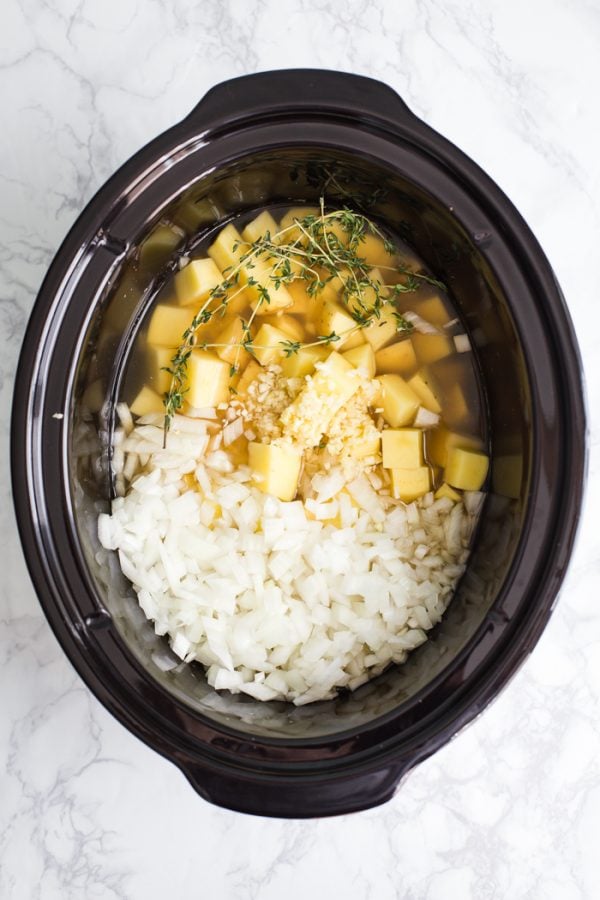 Besides the prep work of chopping the veggies beforehand, the only real work that this takes is heating up a quick sauce on the stove to be thrown into the slow cooker before serving. EASY. We’re going for easy this winter.

How to Make Crockpot Potato Soup

Like I mentioned, the hardest part of making this recipe is the chopping beforehand. Onion, potato, and garlic are chopped/ minced and added to the slow cooker. Then the broth gets mixed in and that’s all cooked for about 3-4 hours on high (you can also do 6 hours on low if you want but I never have the patience for low :)).

Once the potatoes are fork tender, we’ll make the sauce. Flour is whisked into melted butter on the stovetop and then milk is stirred in. The sauce is then cooked for a few more minutes to let it thicken. Once done, it goes right into the soup along with some sour cream, shredded cheese, and salt and pepper to create a nice and creamy mixture!

Finally, we’ll puree about 1/3 of the soup. This isn’t necessary but I really like the extra creaminess that it provides. The easiest way to do this is simply with an immersion blender but if you do not have one, you can add 1/3 of the soup to a blender, blend, and then pour it back into the crockpot. DONE. 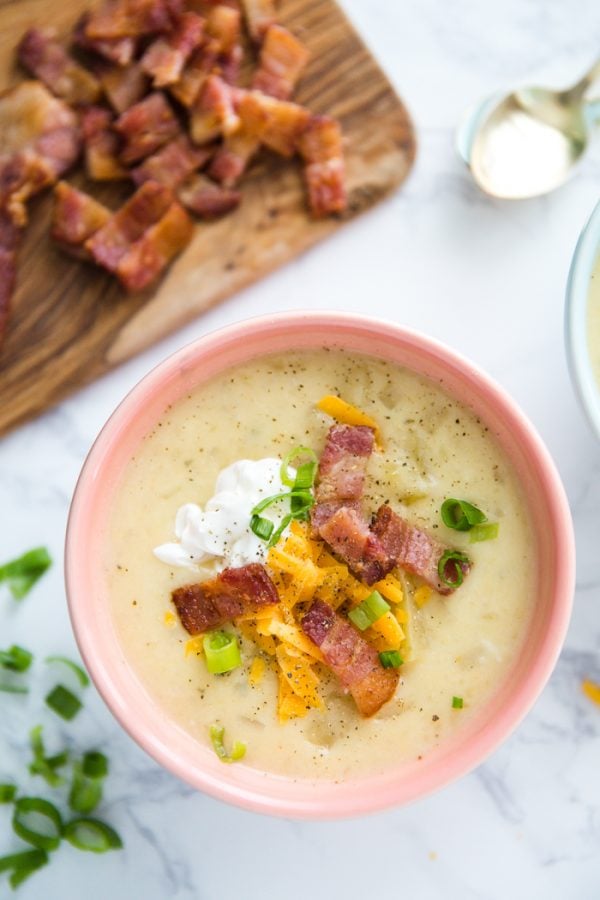 I like to top my potato soup with a nice dollop of sour cream or greek yogurt plus a little cheese, green onion, and BACON.

See how to make this Crockpot Potato Soup Recipe: